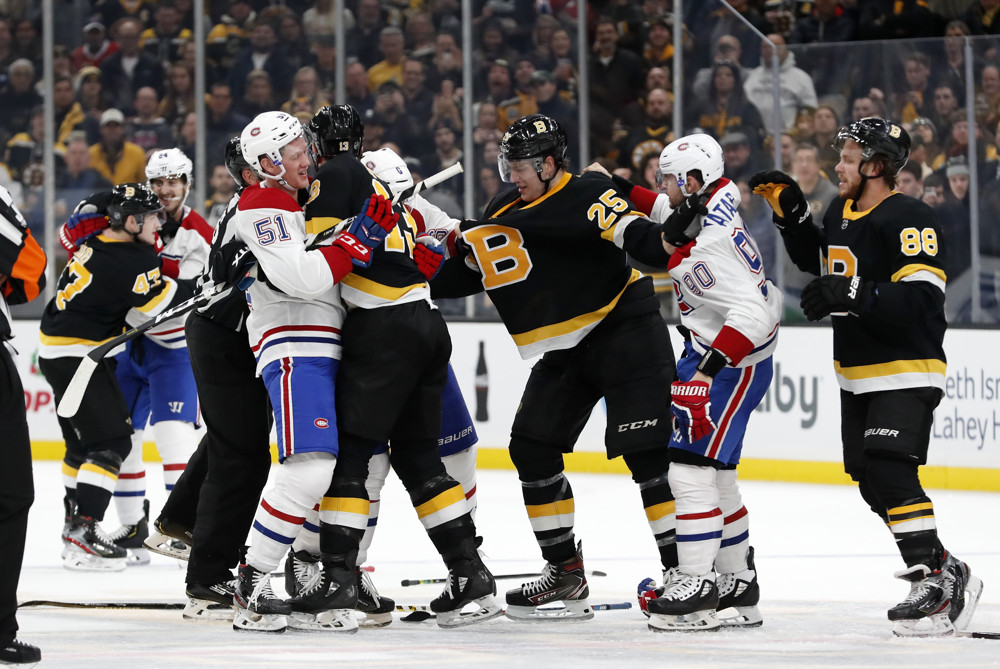 Feuds come and go when it comes to sports, but there are always those few teams who can’t let go of the competition. Eventually, a rivalry is born and fans can’t get enough of the head to the head battles and long standing competition. Here are a few of the biggest team rivalries in sports history.

The rivalry between the Lakers and Celtics during the 1980s was basketball at its best.pic.twitter.com/i8B96n2jLi

The Los Angeles Lakers and the Boston Celtics are a rivalry that has been less intense in recent years, but fans still love the idea of watching their favorite team beat out its competition. This rivalry might be the most well known and storied rivalry within the NBA. These teams have met each other 12 times in the NBA finals, and are tied for the most NBA championships, at 17 wins each.

Red Sox- Yankees rivalry runs deep and they wish nothing but the worst for each other 😂 (Via ig/kyle.gove) pic.twitter.com/LicfqngsD9

The Boston Red Sox and New York Yankees have a rivalry that dates back to 1901 and has been growing ever since. First meeting each other on the field in 1901, they have now played over 2,000 games against each other. This rivalry all started because the Red Sox traded Babe Ruth to the Yankees, causing what people call, the Curse of the Bambino. This being the bad luck placed on the Red Sox compared to the Yankees after they traded Ruth in 1919.

One of the biggest and longest standing rivalries that’s been going on in the NHL is between the Boston Bruins and the Montreal Canadiens. Back in 1929 when the Bruins and the Habs first met on the ice is where it all started. Despite Boston having two Stanley Cup wins, they could never seem to get past the Canadiens in the playoff series starting in the 40’s continuing all the way into the 80’s with a total of 18 matchups. To this day fans still love to hype up the Bruins vs Habs rivalry just to keep things a little more interesting.

To commemorate the 204th rivalry game between the @packers and the @ChicagoBears, here’s an interactive graph showing top career passers by yards throughout the years. If you like this, drop a follow and comment what I should do next! Who is your favorite QB? #GoPackGo #DaBears pic.twitter.com/rtwjigg7Wc

The Green Bay Packers and the Chicago Bears are two of the oldest teams still in play in the NFL. They may not feel like rivals as of late, but these two teams have played each other more than any other teams in NFL, and their rivalry dates all the way back to 1924. Being so geographically close and playing each other within the same conference for so long, a rivalry is bound to begin.

There have been countless memorable moments within Packers-Bears games but the incident that started it all was in 1924 when a fight broke out. Chicago’s Frank Hanny and Green Bay’s Tillie Voss were the first players in the NFL to ever be ejected from a game because of fighting.