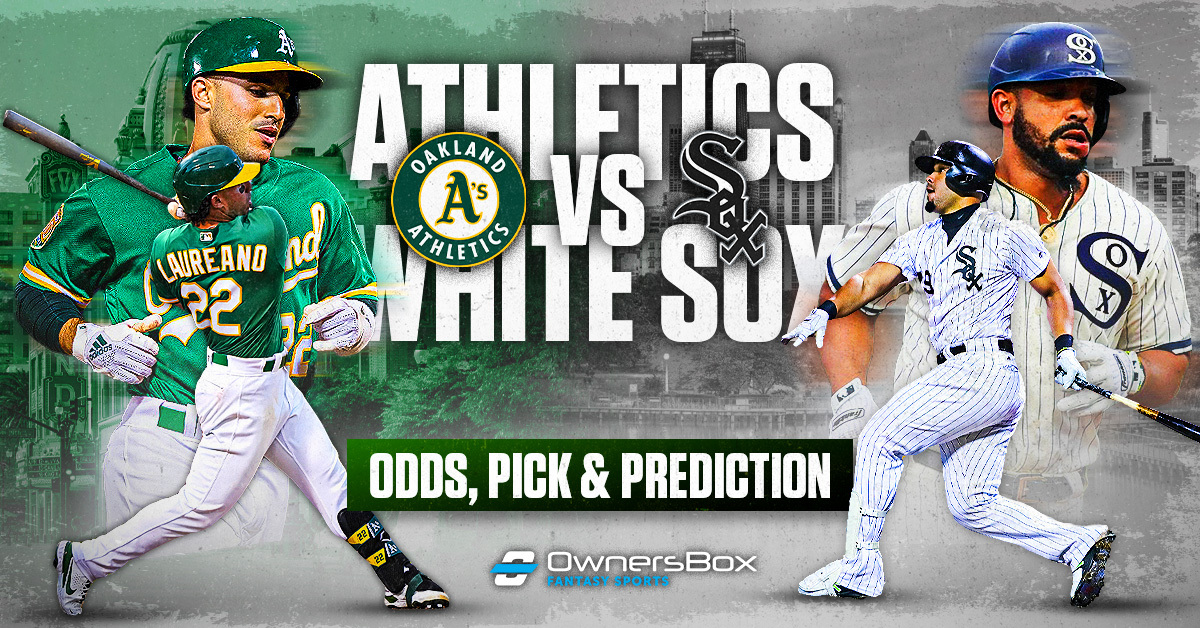 The Oakland Athletics and Chicago White Sox square off on Friday, July 29th, with the first pitch set at 8:10 PM ET. The Athletics will start James Kaprielian (1-5, 4.74 ERA), and the White Sox will roll out Lance Lynn (1-3, 6.43 ERA). The game will be played at Guaranteed Rate Field in Chicago. Illinois sports betting markets list the home team as favorites priced at -195 in the Athletics vs White Sox odds.

The Oakland Athletics have been far from impressive in their 2022 campaign. They currently sit 27.5 games back of the Houston Astros in the American League West. They are one of the worst offenses in Major League Baseball, averaging only 3.42 runs per game. On the flip side, the White Sox are sitting at 49-49 and have won eight of their last 12 games.

Let’s take a look at the Athletics vs White Sox odds at Caesars Sportsbook for July 29, 2022.

Click the banner below and use the promo code ‘OWNERSBOX15’ to get a $1,500 risk-free bet for Athletics vs White Sox.

The Athletics come into Friday night’s matchup after a massive three-game sweep against the Houston Astros. Looking forward at this series, the Athletics have dominated the White Sox, winning 20 of their last 29 head-to-head matchups. Athletics starting pitcher James Kaprielian has been surprisingly effective in his last few starts. He is coming off one of his best outings of the season, allowing no runs on only two hits across five innings against the Texas Rangers.

On the contrary, Lance Lynn has been really shaky this season. He reps an ERA over six and can’t seem to string together consistent outings. Over his last four starts, Lynn has allowed a whopping 19 earned runs. Even worse, Lynn hasn’t won a start in over a month and a half. If the White Sox want to start this series on the right foot, they will need Lynn to perform much better.

One trend I’ve been watching this year is the White Sox home vs road splits. Chicago has really struggled on their home turf, posting a 21-27 record. They have struggled to secure wins at home this season, and bettors have found value on the road teams coming into Guaranteed Rate Field.

To further support this trend in this matchup, the Athletics have been a stronger team on the road all year long. This is something that I will keep an eye on when pinpointing the best pick in Friday night’s matchup.

Looking at some deep numbers for this matchup, the Oakland Athletics rank dead last in OBP, wRC+, and AVG against right-handed pitching in 2022. It’s pretty well known that the Athletics struggle at the plate. In the case of the White Sox, they are not much better against right-handers, ranking 26th in wOBA, 22nd in wRC+, and 25th in SLG.