10 College Baseball Players You Need To Know In 2022 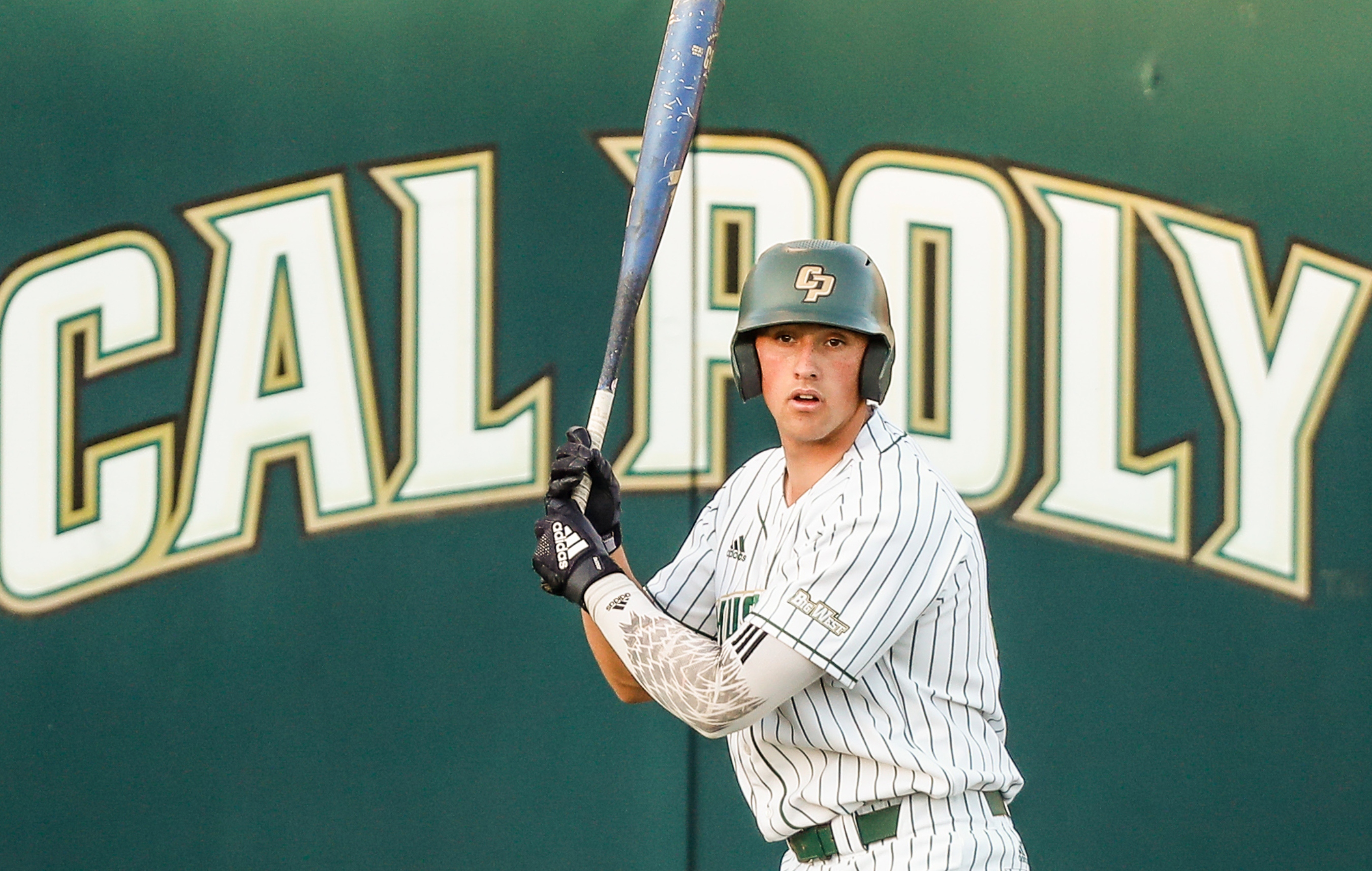 10 College Baseball Players You Need To Know In 2022

As baseball fans we always love to find the next best thing, whether it’s a 15 year old international prospect, or a draft eligible stud in a mid-major conference somewhere in middle America. These are some of the top names in the country that you should be paying attention to, heading in to the 2022 season.

Berry had a great 2021 at Arizona where he led the Pac 12 in extra-base hits (41), total bases (167) and RBIs (70) while leading the Wildcats to the College World Series. Berry entered the transfer portal, and ultimately landed at LSU where his former coach at Arizona, Jay Johnson had taken the job.

Berry’s scouting report says “Berry has drawn some comparisons to a switch-hitting version of Andrew Vaughn (the No. 3 choice in 2019) for his ability to hit for power and average while controlling the strike zone. He hammers fastballs and handles breaking balls and changeups well. He has a quality swing and approach from both sides, makes repeated hard contact and shows a propensity for driving the ball in the air,” (MLB). Should Berry continue to hit this spring, expect him to be in the running to be selected first overall in this years draft.

Brooks Lee was a decently ranked prospect coming out of high school, but teams stayed away until the 35th round because they knew he wanted to play for his dad, Larry, who is the head coach at Cal Poly. An injury shortened campaign in 2020, followed up by earning a Co Big-West player of the year title in 2021. What’s most impressive from Lee is the summer he had in the Cape Cod League (widely regarded as the best college summer league in the country). Lee slashed .405/.432/.667 with 6 homeruns in only 21 games.

From his scouting report, “Talk to any scout about the switch-hitting infielder and the first thing that comes up are his otherworldly bat-to-ball skills. He struck out in just 13.6 percent of his plate appearances at Cal Poly and made consistent hard contact all summer. He can drive the ball from both sides of the plate and as he’s gotten more physical, it’s easy to project him having better-than-average power in the future,” (MLB). A school like Cal Poly doesn’t get much recognition on the national stage, but expect that to change in 2022.

Jace Jung is the younger brother of former Tech standout and 8th overall pick in 2019, Josh Jung. Jace was brought in to replace his brother at the hot corner in Lubbock but was ultimately shifted to second base at the start of the 2021 season. Just like his older brother in 2019, he was awarded the Big 12 player of the year.

From his scouting report, “The left-handed hitter has no discernible weakness at the plate, drawing more walks than strikeouts in each of his first two college seasons while making repeated hard contact to all fields. His hitting ability, strength and bat speed produce home runs from foul pole to foul pole and he makes two-strike adjustments without sacrificing much power. Most of Jung’s value will come from his bat, which is fine because he may hit .300 with 30 homers on an annual basis,” (MLB). Another solid season from Jace should see him drafted earlier than his brother.

He has *two* games this year with three homers.

The super athletic outfielder committed to Stanford to play both football and baseball. After his freshman year, Jones gave up football and what a decision that may pay off to be. The projected top 10 pick has a nice blend of power and speed and his time playing safety has helped him in his outfield reads. Jones lead the Cardinal to Omaha last year, and his development and leadership should have them primed to return in 2022.

Scouts have said “He makes good swing decisions with a short stroke and has very strong hands, with plus pull raw power. While he’s close to maxed out from a physicality standpoint, that’s not a concern because of plus speed that pairs nicely with his instincts on the basepaths,” (MLB).

2021 National Freshman Of The Year, Dylan Crews is an unbelievably special talent who is the consensus first overall pick in the 2023 MLB Draft at this point. The #1 ranked college sophomore, Crews has superstar potential. Consistently barrels baseballs, and the ability to leave the yard at any time from the leadoff spot makes him that much more special.

His advanced approach for his age shows that the bat is ready for professional baseball, even if he still has two more years of college ball left. Juice to all fields, and incredible bat speed make Crews much watch TV, paired with the likes of Jacob Berry and Tre Morgan, LSU should find themselves in Omaha.

Another big 2023 bat is Jacob Gonzalez. He’s smooth in the field displaying strong actions, and has shown hard flyball contact from the left side of the plate. He led all true freshman in hits and runs scored, as well as showing an advanced approach, compiling 38 walks to just 34 strikeouts. Look for Gonzalez to build on a strong freshman campaign, as he tries to knock Dylan Crews from his spot atop 2023 MLB Draft prospects.

DeLauter has put up crazy numbers in a small sample size at CAA school James Madison, but his 6’4 235 lb frame have a lot of scouts excited. In only 42 games, DeLauter has 7 HR and 14 SB. His 55 grade speed and 60 grade power make his tools very interesting. As well, DeLauter has been up to 92 on the mound which will show in his arm strength and his ability to play a corner outfield position at the next level. A full season of Chase DeLauter in the CAA will be a lot of fun. If you’re worried about the competition he has faced so far, don’t be. DeLauter tied for the Cape Cod League lead in HR’s this summer.

From scouts “He has at least plus raw power and even though there’s a little drift to his lower half that causes him to be more of a front-foot hitter at times, he’s so big and strong he can still out-leverage pitching. Some might question the length in his swing path, but he had no problem getting to his power with wood on the Cape, and the fact he has more walks than strikeouts in his career points to a solid approach. (MLB)”

One of the best relievers in the country last season, Sims anchored the Bulldog bullpen to a national championship. This year, he makes the leap to the rotation in hopes of getting the Dawgs back to Omaha. The numbers Landon SIms put up last year we’re out of this world. Almost 2 strikeouts per inning is incredible. Sims has a 4SFB that he can run up to 98 MPH with a high spin rate which makes it more difficult for hitters, as well as a 70 grade slider to pair with it. Sims is a dog on the mound, and his mindset to attack hitters makes him a treat to watch. Should his transition to starting be smooth, Sims should find himself as a first round pick in the spring.

From scouts “With his strong 6-foot-2 build and strike-throwing ability, Sims is equipped to handle starting. While he does feature some spin and recoil at times in his delivery, he has shown the aptitude to control his mechanics in longer outings. He comes with a ceiling of a mid-rotation starter and the likelihood that he’s a high-leverage reliever and perhaps a closer. Area scouts love his makeup and he reminds some of them of Wallace State (Ala.) CC star Craig Kimbrel, albeit with better control and a better chance to succeed in a rotation. (MLB)”

Big Game Bob is one of the most exciting players in college baseball. The son of Royals president of baseball operations Dayton Moore, he graduated early to play at Arkansas as a 17 year old where he impressed in only 16 games. Moore is one for theatrics and has no problem playing up a big situation to fire up his team.

Scouts have been super impressed with his instincts and makeup, and that can probably be brought back to who his dad is. Scouts say ” A switch-hitter listed at 5-foot-9 and 170 pounds, Moore nevertheless derives 20-homer power from his bat speed and aggressive approach at the plate — though almost all of his pop comes from the left side. While he looks to drive the ball, he doesn’t chase pitches or swing and miss excessively. He draws a healthy amount of walks and plays quicker than his average speed on the bases. (MLB)”

Locklear is a super physical, polished hitter and got rewarded with a Preseason All American designation heading into 2022. As someone who watches most VCU games, Locklear doesn’t have many holes in his game. An advanced approach at the plate with 46 walks to only 40 strikeouts. Again as a member of the A-10 conference, people may wonder about the quality of competition, but Locklear raked in the Cape this summer, tying for the league lead in homeruns with 9. With some of the best power in the country, don’t be surprised if Locklear leads the nation in home runs this season.

"In my final look at @FirebirdsCCBL, Tyler Locklear (@VCUBaseball) took a FB over (yes, over) the tree line behind the left-field bullpen at Cotuit – estimated by Trackman to be a 450ft blast."

College baseball is way too underappreciated, take some time this spring to tune in and watch our stars of tomorrow play today.