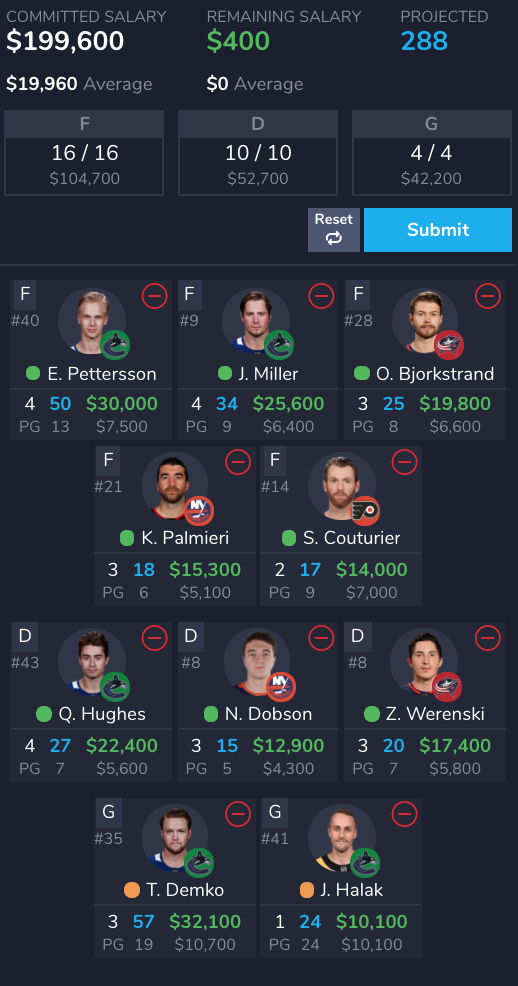 Here is a lineup I built for a weekly OwnersBox contest for the week of Wednesday October 13th to Tuesday October 19th. Let’s break down the lineup to explain the selections and demonstrate the strategies at work.

This lineup revolves around a five player Canucks-stack featuring Canucks’ forwards Elias Pettersson and J.T. Miller, defenseman Quinn Hughes, and both Canucks’ goalies Thatcher Demko and Jaroslav Halak. You may think this looks absurd, but stacking lines and powerplays, like stacking quarterbacks and receivers in weekly fantasy football, is key to maximizing the scoring potential of your lineup. A goal scored by J.T. Miller and assisted by Elias Pettersson and Quinn Hughes would net this lineup 27 fantasy points. If this goal hits it vaults this lineup up the contest leaderboard. Plus, all three of these players occupy spots on the Canucks’ 1st Powerplay. While stacking removes any safe floor for this lineup as the Canucks could get shutout, the stack raises the lineup’s ceiling; stacking is essential for reaching first place in a contest. While stacking is supremely important, it is also essential to choose the correct stack. The Canucks stack looks great this week as the Canucks have matchups against four teams with subpar defences and goaltending: Edmonton, Philadelphia, Detroit and Buffalo. To continue to capitalize on these great matchups and chase wins, selecting both Canucks’ goalies gives four guaranteed starts in games that the Canucks’ have a great chance of winning.

Both these min-stacks stacks involves a player and defender on the 1st line/pairing and 1st powerplay for their respective teams. Additionally both have three game ops which aids in reaching the 16 required for forwards and the 10 required for defensemen.

These mini-stacks will share a lot of ice time and have an opportunity to contribute together on goals and in the plus/minus category. 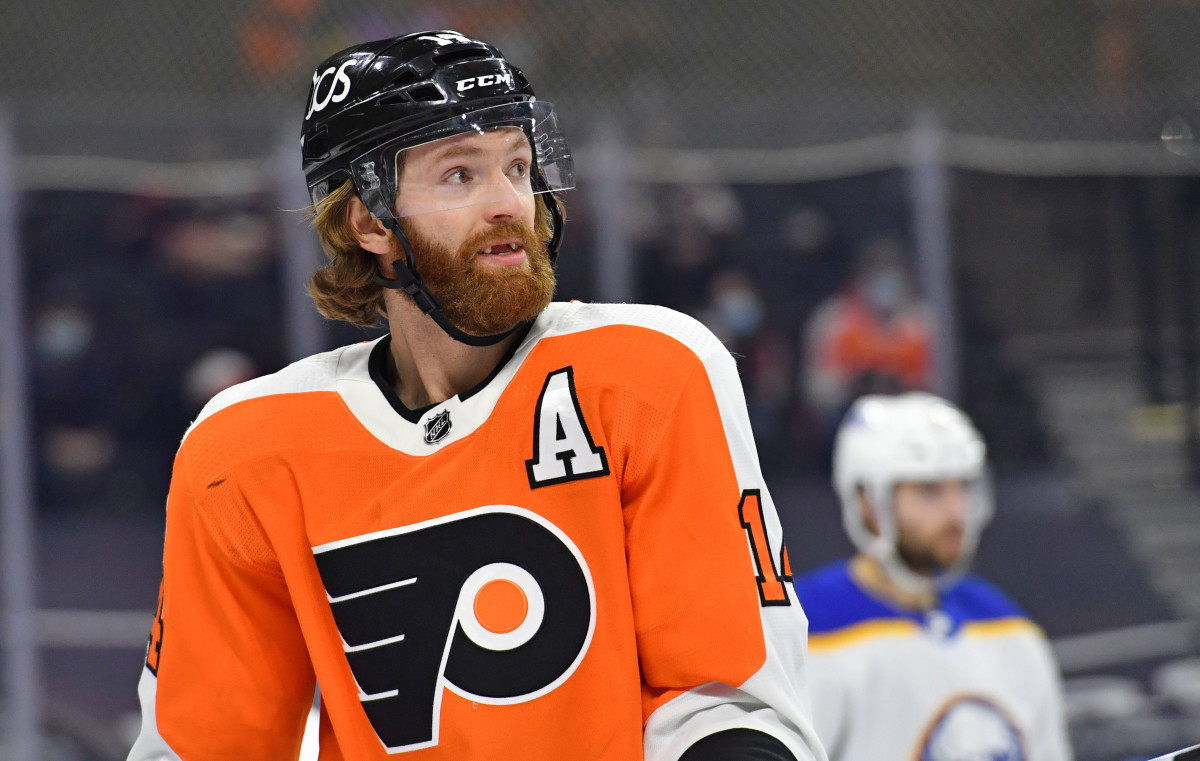 I chose Couturier to round out this lineup because he had two game opportunities and he was under the $14,400 total salary I had remaining. Plus Couturier is one of the most underrated players in the NHL, and should also not hurt this lineup in plus/minus.

I hope you enjoyed this article. Check out our season-long fantasy hockey rankings!