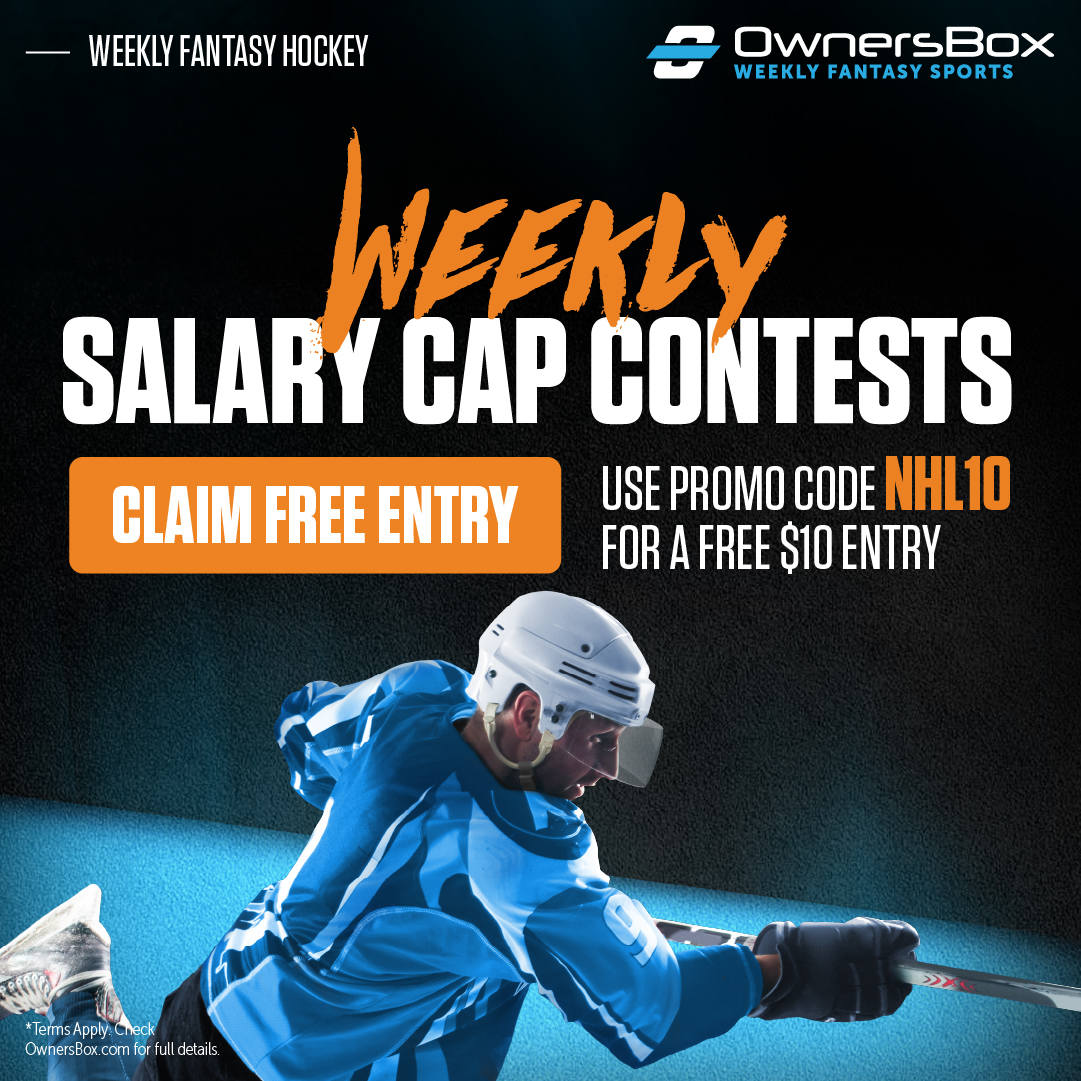 OwnersBox is excited to introduce our new weekly fantasy hockey contests live now on the platform. Contests are played over a 7-day period, and are available to play everyday.

Users can try the game for free today using Promo Code “NHL10”. Receive a free $10 entry into our salary cap games starting Tuesday, October 12. First time depositors of $10 or more and get $25 Free.

Users will build a 10-player lineup while staying under the $200,000 salary cap. Salaries are assigned to each player with the number of games played over the 7-days indicated in the lineup builder. With this in mind, game strategy will play a role in the player selection process under this format with some players having two games played and others with four over the week. Therefore, users will have to keep an eye on the game limitations per position. Going over the limits in any position will trigger the ‘Best Ball’ feature explained below.

Accumulate the most fantasy points over 7-days and win.

10 players will be selected in this format.

Our weekly fantasy hockey contests are now live. Use Promo Code “NHL10” for a free $10 entry. (one-time use of code only) Our 7-day contests will be available to play everyday throughout the season.