We are are less than 30 days from the Seattle Kraken selecting the 30 players that will be a part of their inagural season. As we get closer to July 21st I am surprised how little buzz there is around who they may select. Maybe it’s because we aren’t too far removed from the Vegas expansion or is it the return of “normal playoff hockey? In any case, over the next month I am going to preview each and every team’s potential protection list, culminated by the roster I believe the Kraken will select.

For those of you who are unfamilar or forget the details of how the protection list works:

As well, the Las Vegas Golden Knights are omitted from having a player selected per the expansion rules. I’m betting that even Vegas isn’t happy about this one as they are in such a brutal cap situation. Without further ado let’s get started with the worst team in the NHL, the Buffalo Sabres. 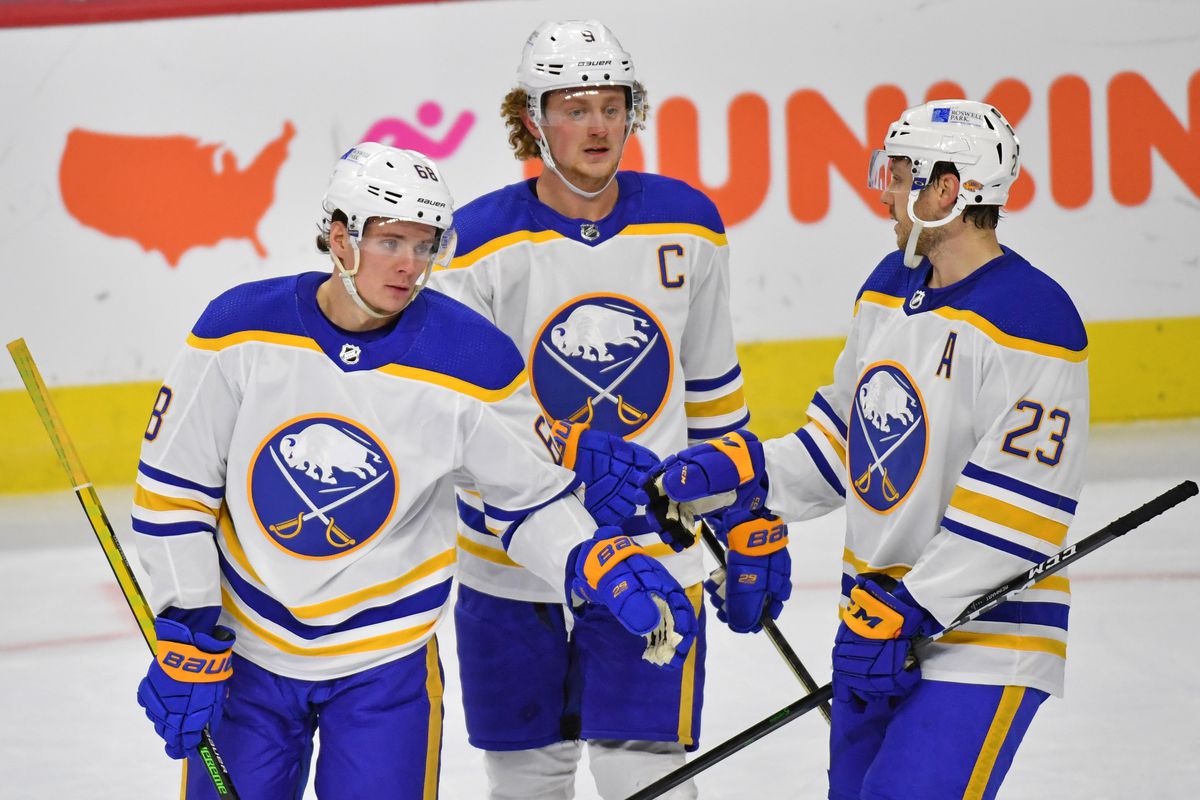 Jeff Skinner – There isn’t a single team in the NHL that would want this man at his current price tag. This could go down as one of the worst contracts in NHL history. (Hello RIck DiPietro, can you believe a team gave out a 15 YEAR CONTRACT in the NHL?)

Jack Eichel – If he’s still in Buffalo he’s obviously on the list. Nothing more to see here.

Sam Reinhart – Same goes for Sam, not much to talk about here.

Casey Middlestadt – The 2017 8th overall pick hasn’t quite lived up to expectations but showed some signs of life at the end of the season with 17 points in his final 22 games.

Victor Olofsson – The last of the easy selections, Olofsson has proven to be one of the few bright spots on this roster.

Tage Thompson – The 23-yera old forward still has some upside to make an impact in the top-6. As a first round pick and an important piece of the Ryan O’Reilly deal I don’t see the Sabres willing to expose him.

Anders Bjork – I went with Bjork here over Asplund because of the fact that Bjork was the player coming back in the Taylor Hall deal and is only making $1.6 million for the next 2 seasons.

Rasmus Dahlin – Another easy selection here, as underwhelming as I believe he’s been he is the future of the Sabres backend. Contract negotiations this off-season should be interesting.

Henri Jokiharju – As Dahlins partner he had the highest goals above expected (1.3) amongst all Sabres defensemen. As well, after the departure of Kruger he was playing nearly 20 minutes per night.

Rasmus Ristolainen – This is where a decision had to be made. Because of how god awful this roster is they have the luxury of keeping a player with an expiring contract after 2021-22. They can likely use Ristolainen as a deadline trade piece.

Goalies: Dustin Tokarski (Tokarski is the only goalie that is eligible to be selected so he had to be made available to Seattle due to the expansion rules above)