We have a tie. Here are the two lineups that split the $4000 grand prize in the NFL Week 12 OwnersBox $25,000 contest! Both lineups scored 171 fantasy points, but each with a different lineup. Lets break down the strategy and preview the upcoming Week 13 contest! 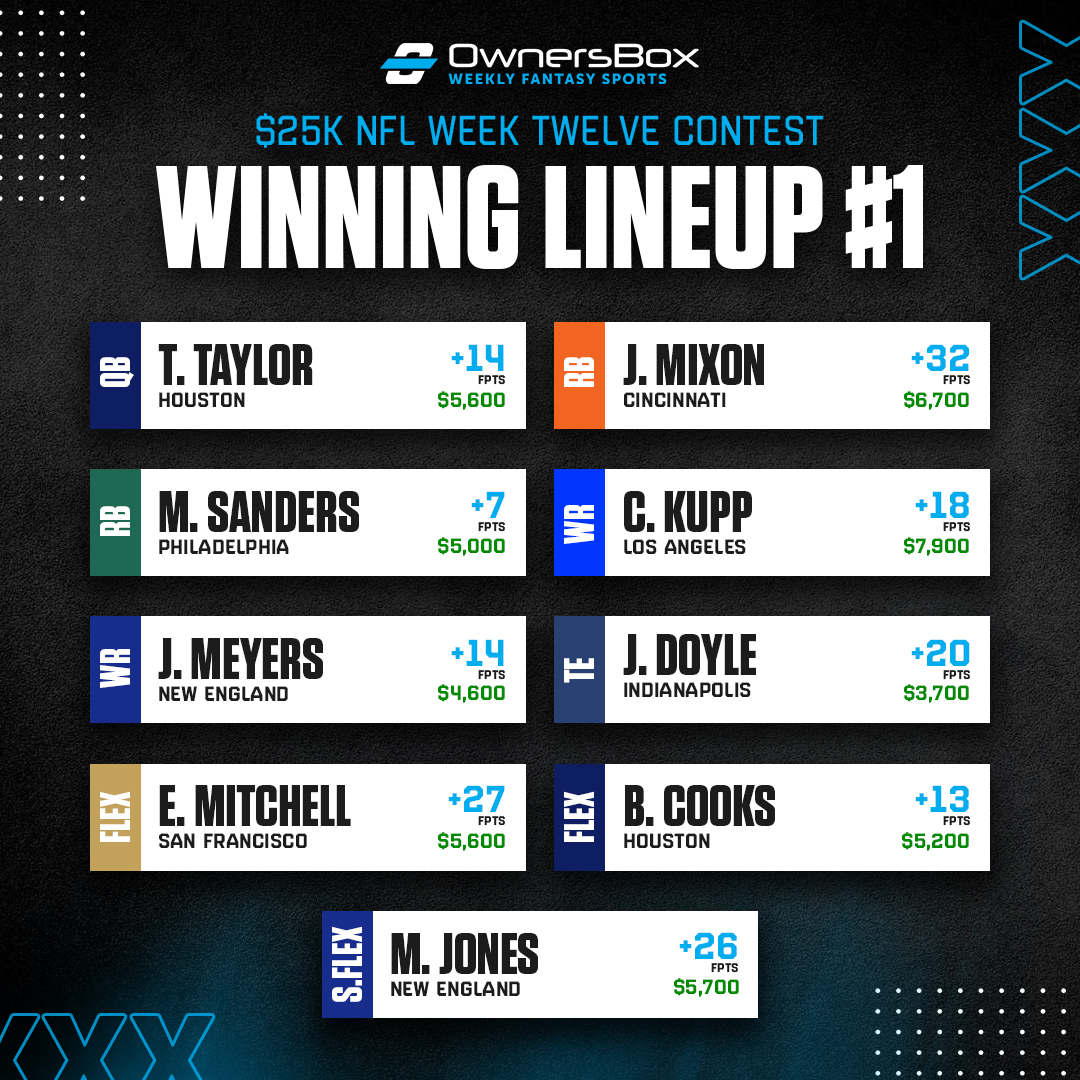 The first line up features a pair of AFC stacks, but not from the same game: Mac Jones and Jakobi Meyers from the Patriots and a bargain stack in Tyrod Taylor and Brandin Cooks from the Houston Texans. Stacking week over week continues to be heavily featured in the winning lineup. Another week featuring Mixon at running back in the winning lineup – it doesn’t matter if you are talented, volume is king in fantasy football. 18 fantasy points is solid, but its one of Cooper Kupp’s worst games of the season. Elijah Mitchell and Jack Doyle really came through for this lineup with a combined 47 points. 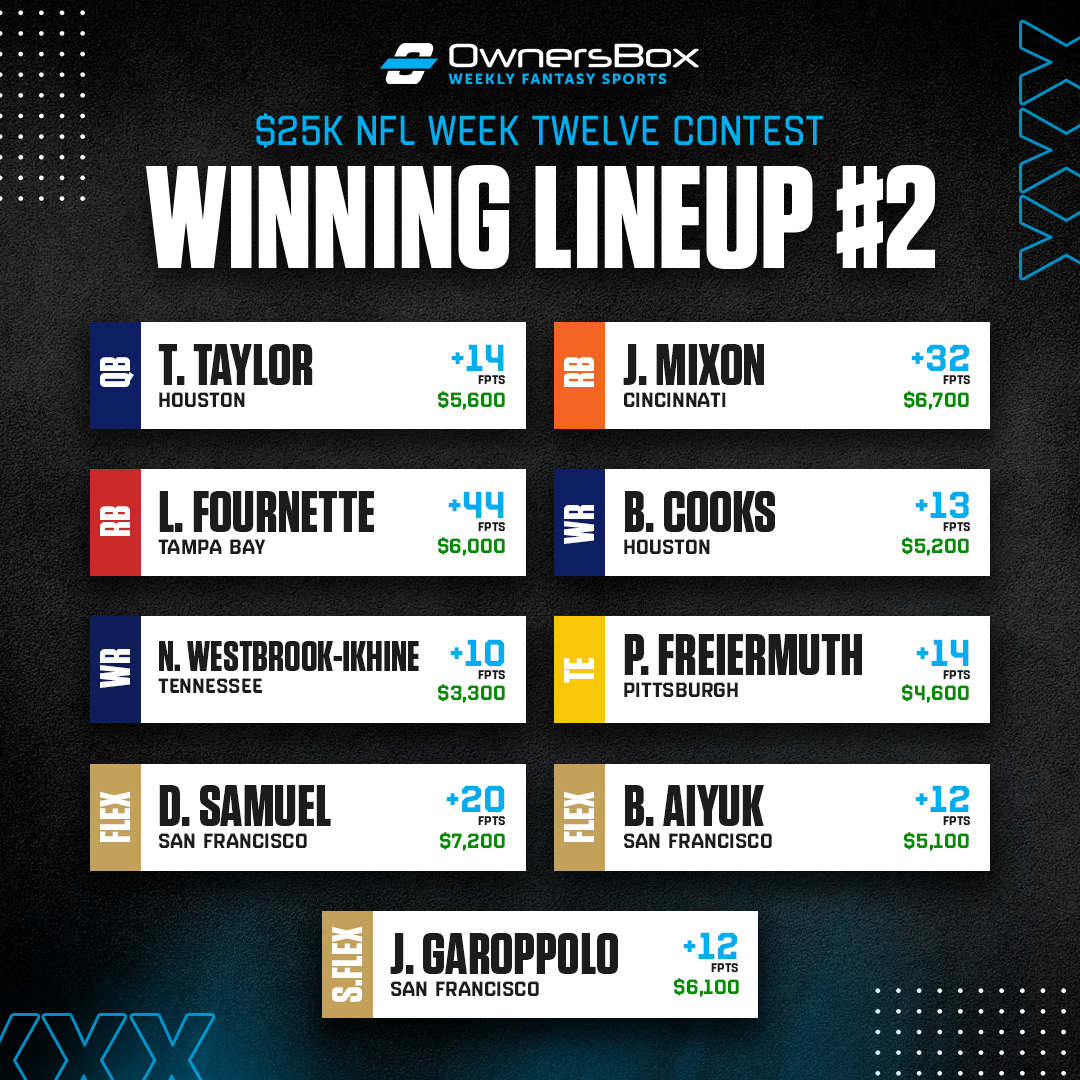 The second winning lineup also featured the Texans stack of Tyrod Taylor and Brandin Cooks. The pair only scored a combined 27 points, but it was enough to return value on their low salaries. The second lineup also featured Joe Mixon at RB, but instead of Elijah Mitchell this lineup sharply selected Leonard Fournette who went off for 44 points. Interestingly, this was one of the first times the winning lineup featured the top running back scorer for the week. This lineup diverges from the other winner by replacing the Patriots stack with a 49ers Jimmy G/Deebo/Aiyuk stack. It is highly recommended strategy to stack  QB with at least one of his same team receivers as it raises the ceiling the lineup. Rookies Nick Westbrook-Ikhine and Pat Freiermuth round out this lineup, each delivering at least 10 points.

Monday Night Football Week 13 promises to be a treat as we get to see two of the top teams in the AFC in the Buffalo Bills and New England Patriots. Josh Allen is projected for a healthy 33 fantasy points at a salary of $7500.

The competitive and gritty Indianapolis Colts take on the hapless Houston Texans in their second AFC South matchup of the season. Look for running back Jonathan Taylor to surpass his top projection of 19 fantasy points at a salary of $8100 as the Texans boast one of the worst rush defences in the NFL.

Tyreek Hill is Week 13’s top projected wide receiver as the Kansas City Chiefs welcome the Denver Broncos to Arrowhead Stadium. At a salary of $7800, will Tyreek Hill finish as the top wideout? Or will be once again surpassed by Cooper Kupp who has a plum matchup against the Jags.

George Kittle gets the top projection at tight end with 18 expected points in a matchup against rival Seattle Seahawks at Lumen Field. At a salary of only $5900, Kittle might be a value this week!