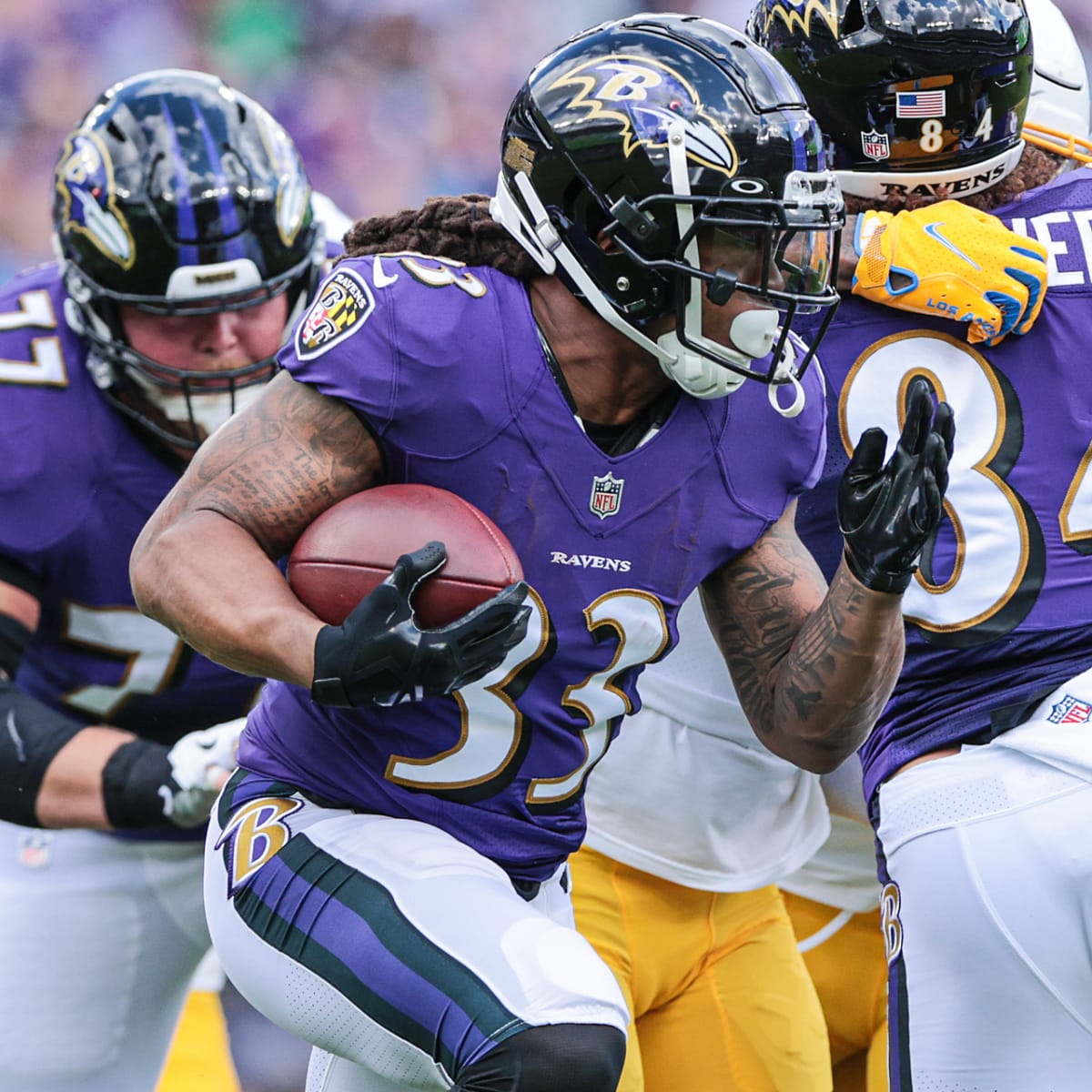 I want to feel good about telling you that Jeremy McNichols was the better pick up off the waiver wire than Adrian Peterson last week. He looked terrible on Sunday night, lacked any type of speed, was very indecisive and just straight up not good. It is hard to make a player like D’Onta Foreman, who tore his achilles a few years ago, look good. But he certainly did. It seems like Peterson may be the battering ram type back for the moment but overall it may be tough to find value in their backfield.

Let’s get back into the lab and find some players that could provide you some value in the immediate future or be a great long term play.

With Latavius Murray out for another game on Sunday afternoon Freeman took on the lead back role. He split time with Le’Veon Bell but significantly out snapped him 57 to 23. Freeman put together a solid fantasy performance in a game the Ravens trailed for the majority of the time. Freeman was the most productive back and it’s a good sign for their upcoming match up with a struggling Dolphins team.

Murray was absent from practice on Monday, which is very telling in a short week. Freeman is a player you can pick up and play immediately if you’re desperate at the running back position. He’s scored a touchdown in each of the last 3 weeks and was up to a 58% snap share in week 9. He should see anywhere from 12-16 touches on Thursday and if he continues to make the most of his opportunity he could earn a larger share in Murray’s eventual return. I hit you with a more immediate play with Freeman and I’ll include some other running back adds at the end but I think Benjamin deserves further discussion. The former 2020 7th round pick becomes more than just a handcuff like Alexander Mattison or Devontae Booker. He has receiving upside that could get him on the field splitting time with James Conner.

In Benjamin’s final 12 games at Arizona State he recorded 42 catches and 347 receiving yards. He’s a great router runner with solid body control who’s college skills translate well to the NFL. His touchdown on Sunday was electric as he ran over Dre Kirkpatrick on his way to a 21-yard score.

With Chase Edmonds likely to head to IR Benjamin has upside in one of the NFL’s best offenses. At worst he’s a great stash as a handcuff and at best he earns some work in the receiving game with some big play upside. 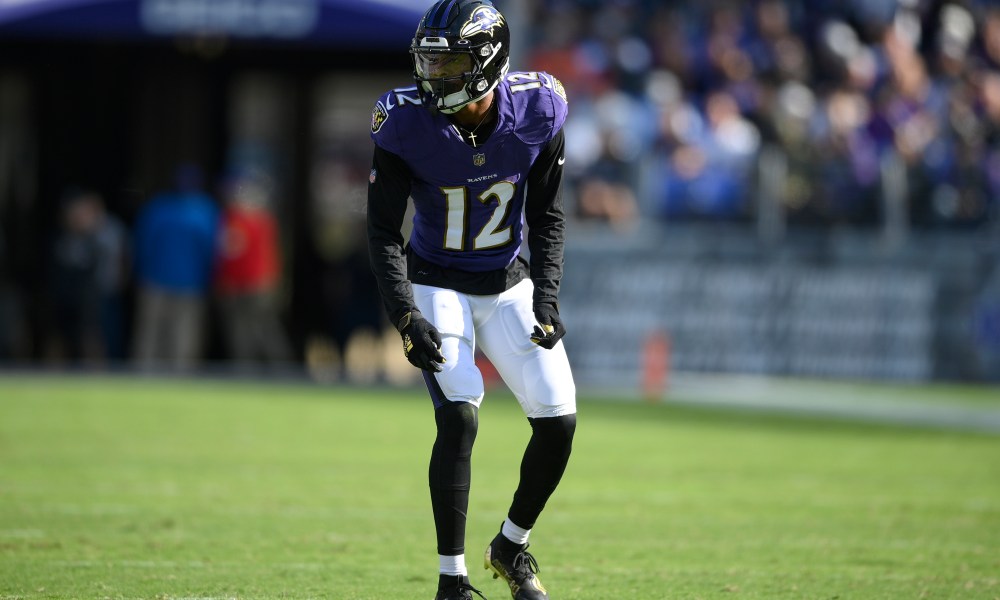 I am incredibly surprised to see Bateman at just 36% rostered right now. The Ravens aren’t the same team they’ve been in previous years with Lamar Jackson under center. They’re throwing the ball more and Lamar is pushing the ball down the field. In the 3 games Bateman has played this season he’s averaging 6.3 targets per contest.

Bateman has alpha wide receiver type tendencies, he’s an excellent route runner with great ball skills. He is a great partner to run with Marquise Brown who is more of a downfield threat while Bateman can be more of the possession guy. Bateman can make the important plays around the line to gain, especially on third down, for Lamar Jackson.

Even with the pending return of Sammy Watkins, Bateman will still be the clear #2 wide receiver in the offense. He’s also got a match up this week against the Dolphins who are 6th last in the NFL in fantasy points given up to wide receivers. 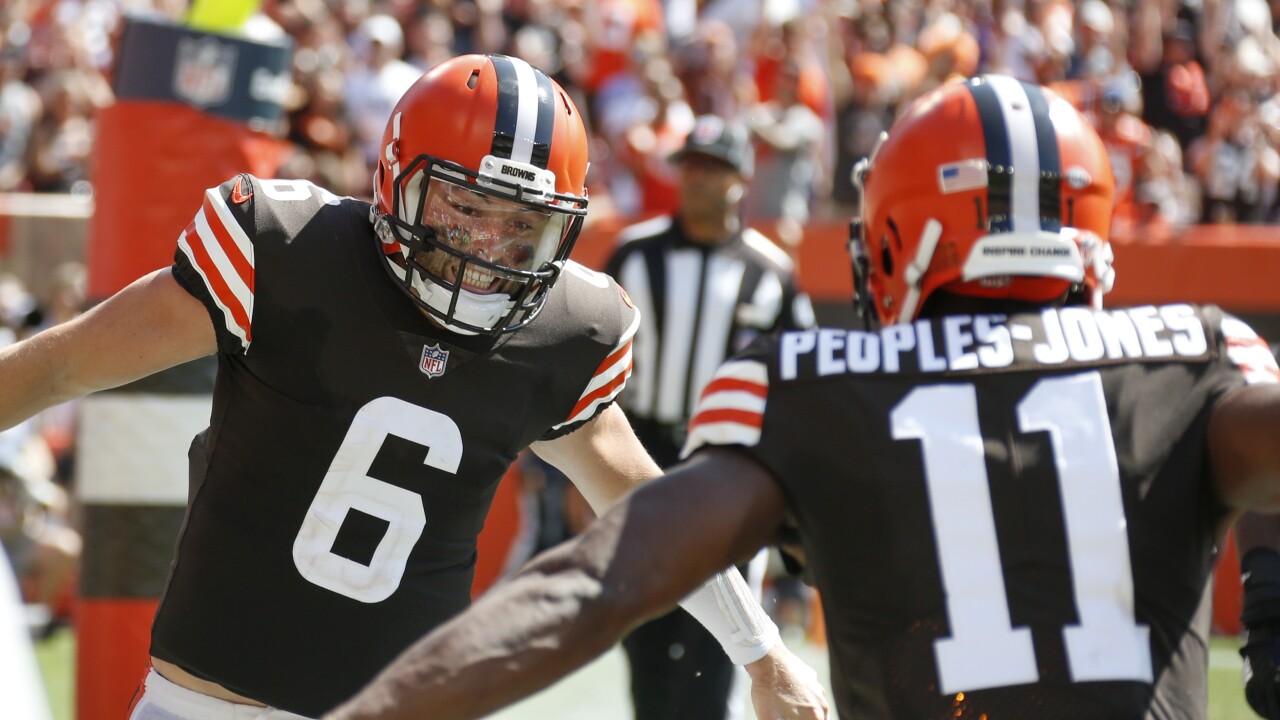 I’ve talked about Peoples-Jones a few times on the OwnersBox YouTube channel. He has great raw talent, he’s an elite athlete. The role he has just hasn’t demanded target volume though. But with Odell Beckham out of town it again sparks the question as to whether he can carve out a consistent role in this offense.

He’s had 3 straight solid fantasy performances which is great but there will be down weeks as well. He runs pretty well all his routes from the outside so he has the opportunity make big plays deep down the field. But his target share is a modest 8% so he can also throw up a 0 for your team.

I see him as a high upside WR4 that you can play in a pinch. He’s got two games against the Ravens coming up and they’ve been terrible in the secondary with giving up explosive plays. If his target share starts to grow he could be a breakout player the rest of the way with his skill set.

Mark Ingram (38%) – The Saints need to transition to Taysom Hill, but in the mean time Ingram is an RB3 after 16 touches in week 9.

Jordan Howard (13%) – The Eagles had a pretty clear gameplan against the Chargers, that was running the football. 17 carries for Howard last week. He is a flex play until Miles Sanders returns.

Deonte Harris (15%) – Harris had 7 targets on just 18 routes run against the Falcons, if I’m taking a shot on a Saints wide receiver it’s him.

Zach Pascal (5%) – I know Michael Pittman is all the rage right now but Pascal has quietly averaged 7 targets a game the last 3 weeks.

Dan Arnold (27%) – I talked about him last week. He can save you at the tight end position for the rest of the season if you pick him up!