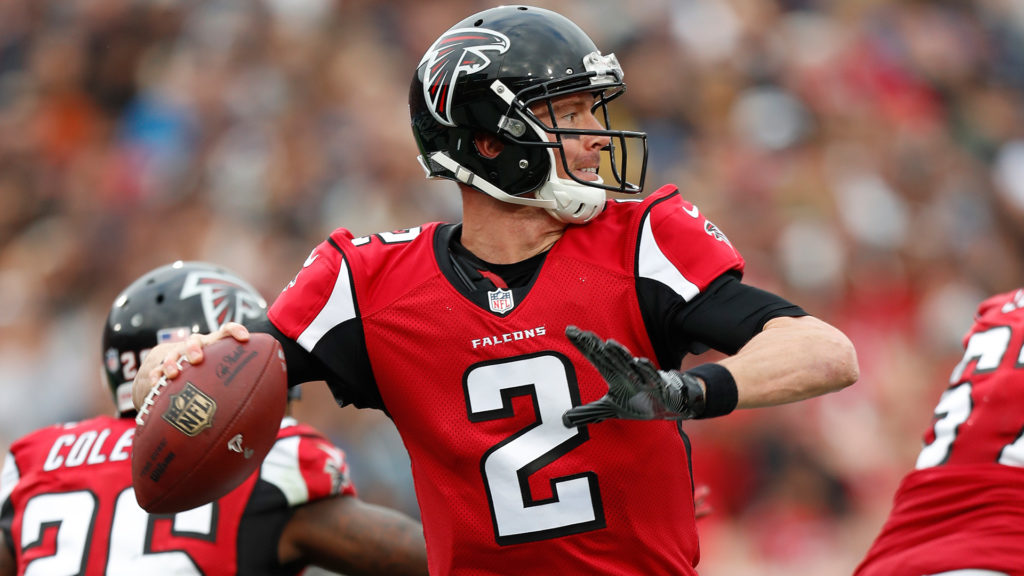 We have all been building our anticipation for the first week of the NFL season, but those of us who are creating a lineup on OwnersBox are looking forward to a different twist on Week 1: using two quarterbacks in WFS.

For many, this is the first time that a two-quarterback option has been available at all, let alone in a single-use contest. The irony, however, is that filling a SuperFlex position with a quarterback is not always the right move. Still, it is worth considering.

Think about how a lineup is constructed on a regular basis. There are key pillars on which the foundation must be built as well as risk-reward plays that provide the best bang for the metaphorical buck. And then there are fill-in pieces. The utility spot. Flex position. Or, here, the SuperFlex. 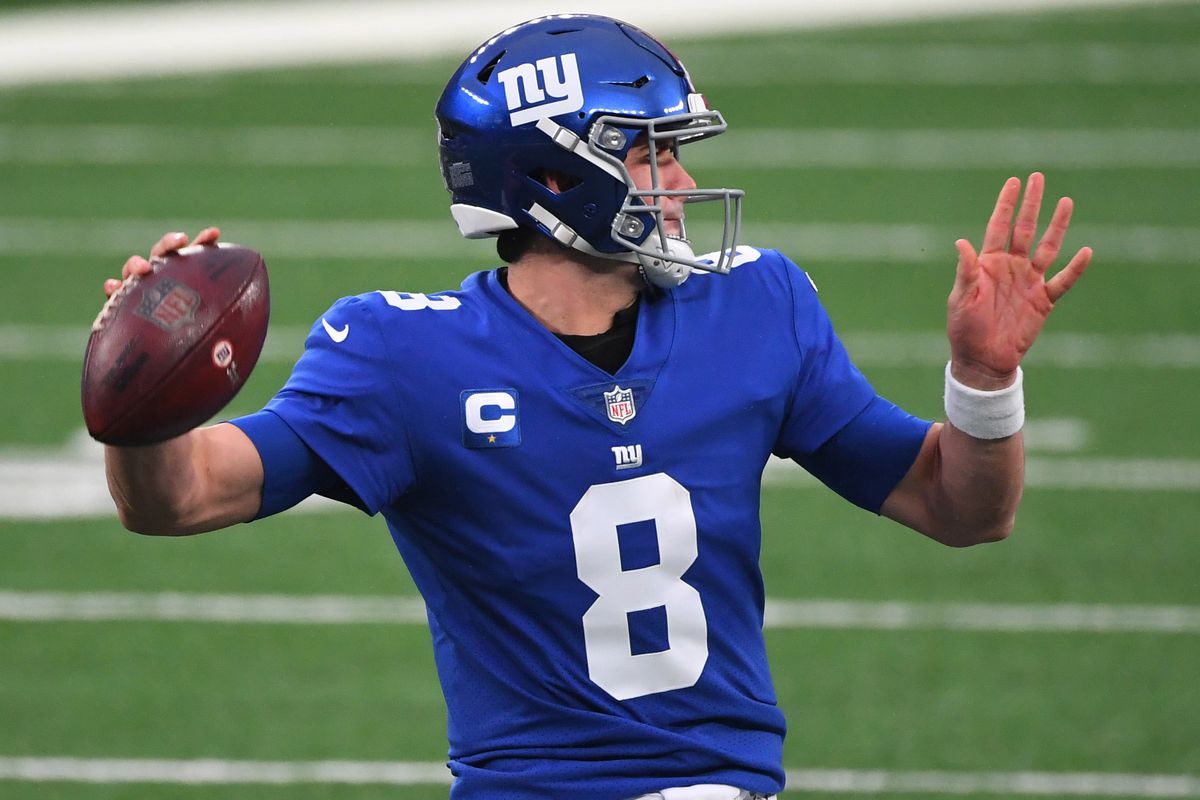 In the introduction, I mentioned how to best use this article and its approach to the SuperFlex position. That’s intentional. Seeing the name “Daniel Jones” in a list of top-five anything will be eye-popping. Hence the explanation. Jones is the ideal SuperFlex because he can be paired with a different quarterback. He doesn’t need to be the QB1 for a lineup.

Except, he is for mine.

I’m buying into Jones for a myriad of reasons — some of which I wrote in my prior column about sleepers — but the overarching theme is simply that he will be undervalued with a chance to shine. The Broncos’ defense is being viewed as one of the best in the league, but it ranked 21st in yards against last year. The Giants have sneaky upside, and Jones gets a boost because of it.

This is where the SuperFlex comes into play. While I am buying into Jones fully for Week 1, you don’t have to do the same. You can mitigate some risk by filling in your QB1 slot with someone else and Jones in the SuperFlex.

One of the most interesting matchups of Week 1 is the game between the Cleveland Browns and Kansas City Chiefs, but it is not because of any future playoff implications or even how well each team did in 2020. It’s because of the game plan needed by Cleveland compared to what the Browns usually do.

Cleveland loves to run the ball. Endlessly. That isn’t going to change anytime soon. The problem with this approach is that the league has drifted toward the aerial attack — rules have been changed to enhance the passing game — and, eventually, teams need to throw to win.

The Browns will need to throw to win in Kansas City.

Targeting quarterback Baker Mayfield is not necessarily a pick based on talent or general expectations for the upcoming season. Mayfield is a volume play compared to his normal output. Not surprisingly, his three highest pass attempt totals all occurred in games his team lost.

Cleveland will eventually bury an opponent by running the ball from wire to wire, but Kansas City is no such opponent. Mayfield will be throwing.

Perhaps the most impactful sneaky storyline from this past offseason is the Atlanta Falcons choosing to support quarterback Matt Ryan instead of replace him. Think about the mindset of Atlanta as it held the fourth pick in the NFL Draft and a soon-to-be 36-year old quarterback on the roster. Justin Fields and Mac Jones are still available.

Perhaps they disagreed with the assessments of Fields and Jones. Maybe. Whatever happened internally still has an external output. Matt Ryan will take the field for the Falcons on Opening Day and have a weapon — instead of a combatant — on his roster.

Atlanta would not go in this direction — with a new head coach, as well — only to limit Ryan. He will throw. And there’s a good chance that he will keep throwing as the Falcons look to make an early statement against a Philadelphia Eagles team that allowed an average of 298 passing-yards-per-game over their final four contests — the four started by quarterback Jalen Hurts. 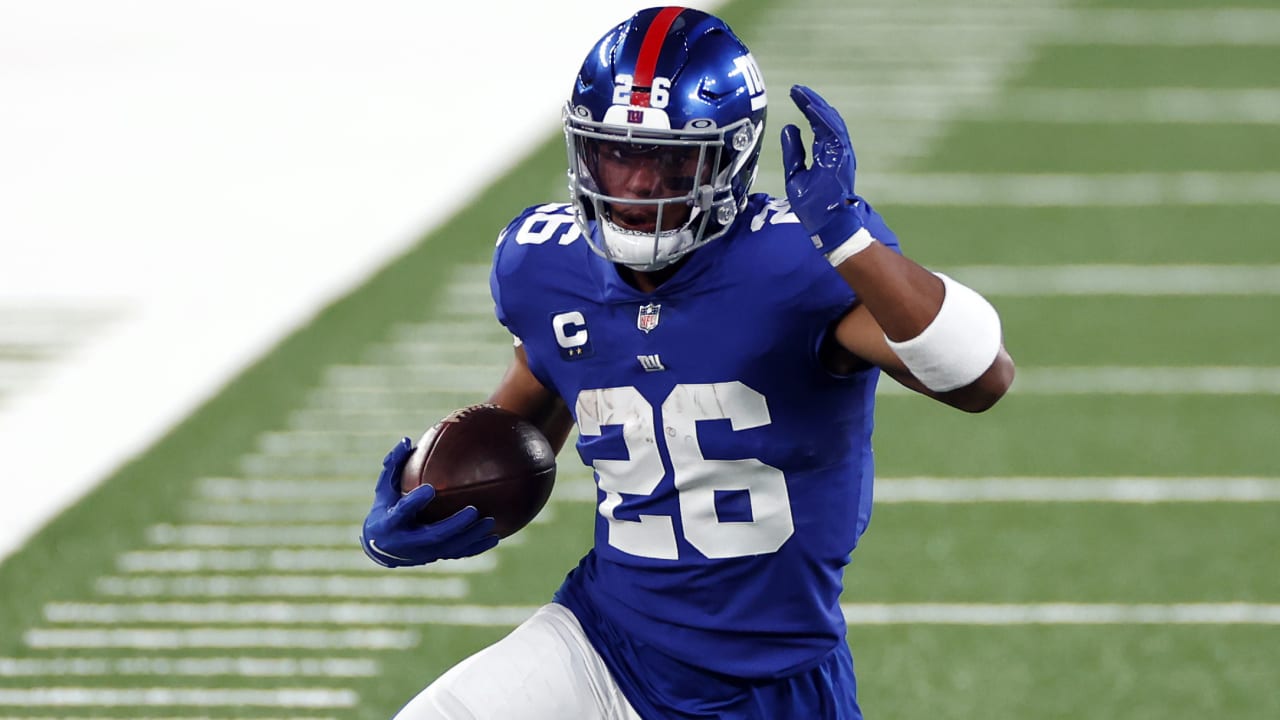 If we are taking the term SuperFlex literally, then Saquon Barkley is the ideal pick. If he’s fully healthy and plays at 100 percent, he’s actually my top target of the weekend at any position. That doesn’t appear to be the case, however, even though he is expected to be on the field.

Again, this is where the literal term comes into play. The SuperFlex allows us the “flexibility” to use or replace Barkley between now and when the contest locks.

If for some reason, we get true confirmation that Barkley won’t be able to play his game because of any limitations, then we move on from him. Otherwise — and more likely — we probably won’t hear anything more than his status as a starter or an inactive player. Obviously, if it’s the latter, we make the switch.

If not, then I’m using Barkley for the same reason why I mentioned his teammate earlier: the Giants’ offense will be ignored in WFS because of its matchup with Denver. Barkley, in a point-per-reception format such as the one OwnersBox utilizes, should not only have a big fantasy day but do so at a relatively low popularity level.

Kirk Cousins quietly put together one of the best seasons of his career in 2020, and he remains one of the more solid options in season-long fantasy football. The problem is that his consistency over the course of a full season doesn’t always translate well on a weekly basis. He’s actually more erratic on a granular level than his numbers suggest.

The good news is that this fluctuation in his numbers is part of the reason why his salary is not outrageous for Week 1. Because he is definitely in a position to outperform it.

The Cincinnati Bengals allowed the eighth-most passing touchdowns in the league last year, while only facing the ninth-fewest pass attempts. Simply put, teams didn’t need to throw against the Bengals but, when they did, they had success. That is almost certainly what we will see from Cousins and the Vikings’ offense in Week 1 — even if Minnesota runs the ball as much as it would like, the passing game still has an easy route to a big day.

Cousins stands out as the rare combination of both a high floor and high ceiling, especially compared to other SuperFlex options in his price range.