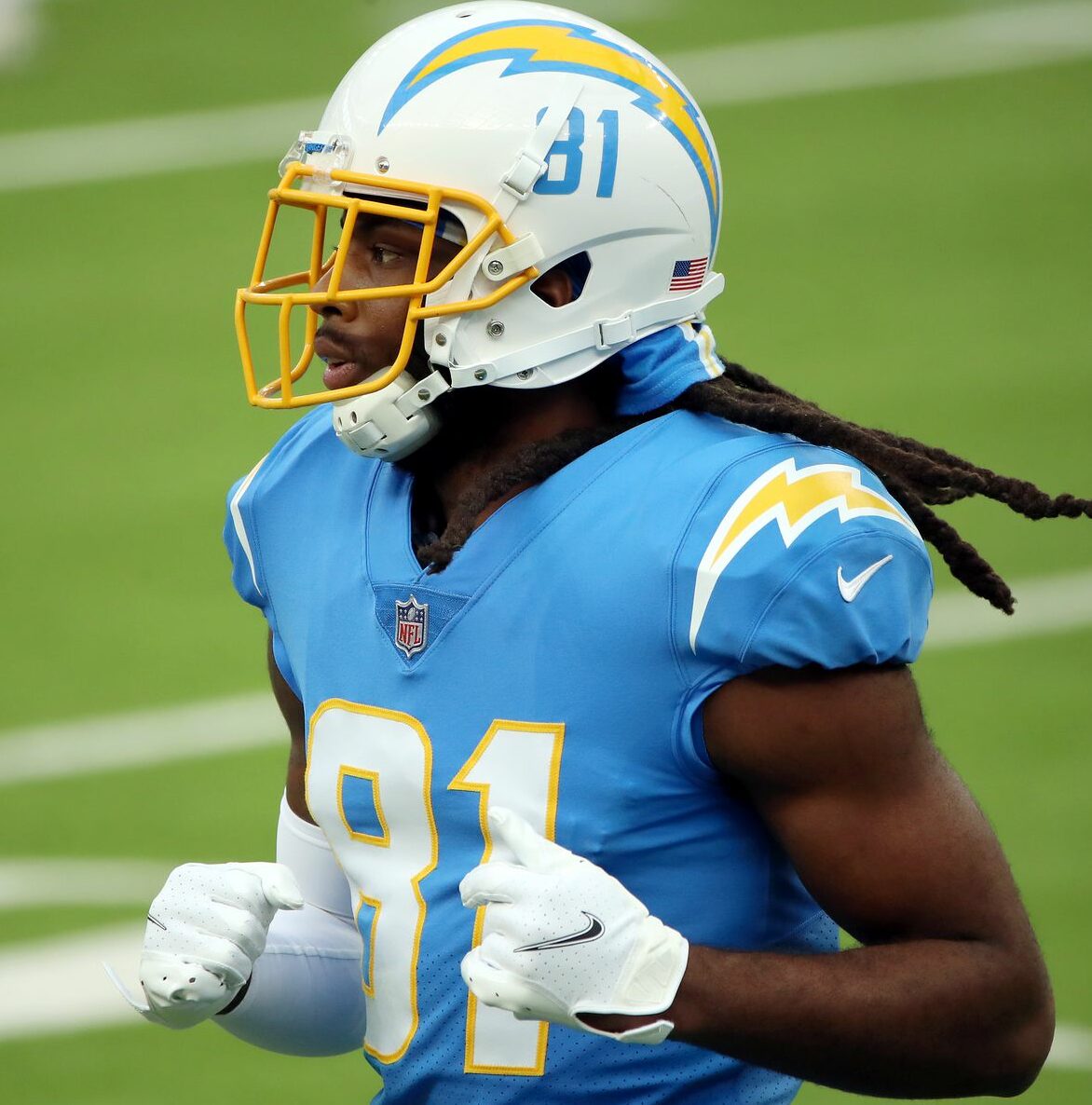 Earlier this week we posted a video on our YouTube channel about potential breakout candidates for fantasy football in 2021. If you haven’t had the chance to watch it please go check it out. Any and every view helps us at this point, I might lose my job if the views and likes don’t pick up soon. Anyways, I talked about Mike Williams and I want to take it a bit more in depth as to why I think he breaks out this season.

Let’s start with last season. Mike played in 15 games and amassed 756 yards and 5 touchdowns. I would say he played more than half those games banged up. Williams style of play seems to always put his body on the line and last season he was constantly managing injuries. The biggest issue with his production last season came from the philosophy of head coach Anthony Lynn. His run first mindset made last season incredibly frustrating for Williams owners. At 7-9 on the season the Chargers ran the ball the 9th most in the league at the 3rd worst rate in the NFL (3.8 YPC). Maybe one of the most perplexing string of stats I’ve ever seen. You have a budding star in Justin Herbert, Austin Ekeler missed 7 games and Lynn just couldn’t help himself but run the ball over and over again.

The transition of quarterback play from Philip Rivers to Justin Herbert combined with the non-existent off-season and the repoir just wasn’t there for Mike with his rookie QB. His deep targets dropped from 27 to 22 and his red zone target share dropped 6%. Jalen Guyton and Tyron Johnson combined for 29 deep targets on the season which really ate into Williams fantasy upside.

As many problems as there were for Mike in 2020 there are many more things to be excited about in the coming season under his new coaching staff. Hunter Henry and is 92 targets from 2020 have been vacated as he’s moved on to New England. His replacement, 34-year old Jared Cook, is in the twilight of his career and has consistently seen his target share decrease over the last 3 seasons. Cook will not take over all of the targets from Henry’s departure, there is going to be more opportunity for Williams in 2021. 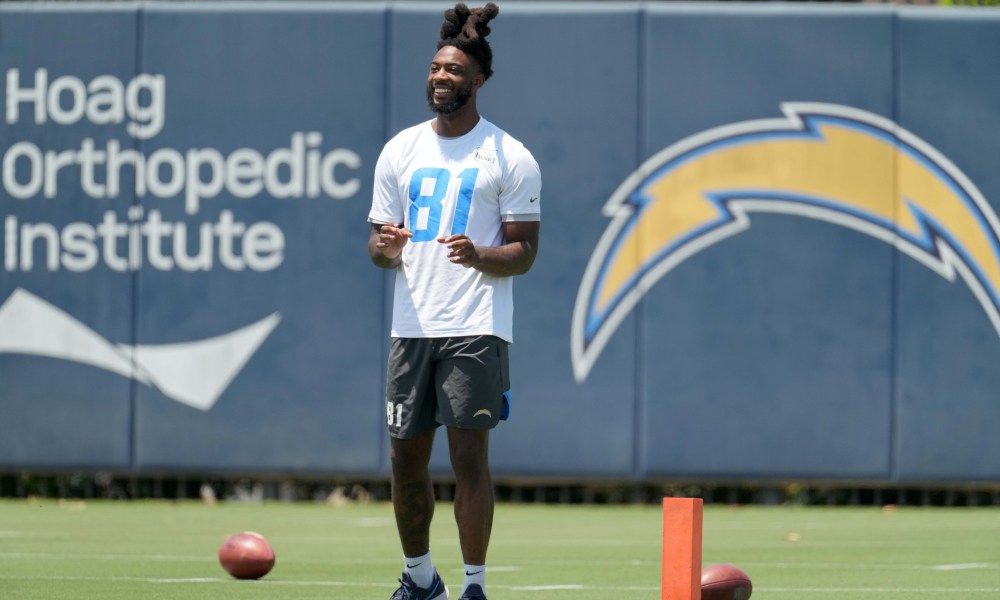 This leads me to undoubtedly the biggest reason why I believe Mike is in for a big season. New Offensive Coordinator Joe Lombardi brings with him a lot of schematic similarities to New Orleans, where he served as the quarterbacks coach for the last 5 seasons. What sticks out the most when you think about the Saints passing offense? Michael Thomas. He was the X-reciever in the offense and this is the role Lombardi has made clear that Williams will fill. This receiver is typically on the line of scrimmage and flexed out wide.

If you don’t believe me, just read this quote from Lombardi himself:

“As much as this offense will resemble New Orleans, he plays the ‘X’ and the ball has always kind of found the ‘X’ receiver in this offense. I think that there will be some natural production that comes his way because of the nature of the offense. If I were a betting man, I’d bet on nice numbers coming from him on the stat sheet, that’s for sure.”

if you’re worried about where Williams falls in his progressions with Justin Herbert look no further then the schematic fit of him in the offense with Lombardi to change your mind. If you need anymore convincing then take a look at his splits last season when he played without Hunter Henry: 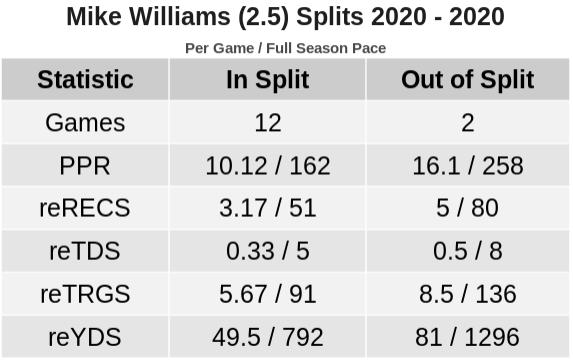 Yes, it’s 2 games without Henry last season but it was important to only focus on last season with the change in quarterback play from Rivers to Herbert. In those games he saw an increase of nearly 3 targets per game and two more receptions. Not to mention the 16.1 fantasy points per game out of the split.

At the time of writing, Mike Williams ADP is in the middle of 11th round as the 54th wide reciever off the board on Sleeper. He’s in a group of wideouts with Elijah Moore, Darnell Mooney and Marvin Jones who’s path to consistent opportunity and production is much more difficult to project. His position is the focal point of the offense according to Lombardi and in a contract year you know this guy is as motivated as they come. He can be a versatile fantasy producer, he put up 10 touchdowns in 2018 and over 1000 yards in 2019.

Williams is in a contract year and led the NFL in yards per reception in 2019. He is the best deep ball reciever in the NFL. There is so little risk at his current ADP, he has the upside to be one of the biggest steals of 2021 in fantasy football.