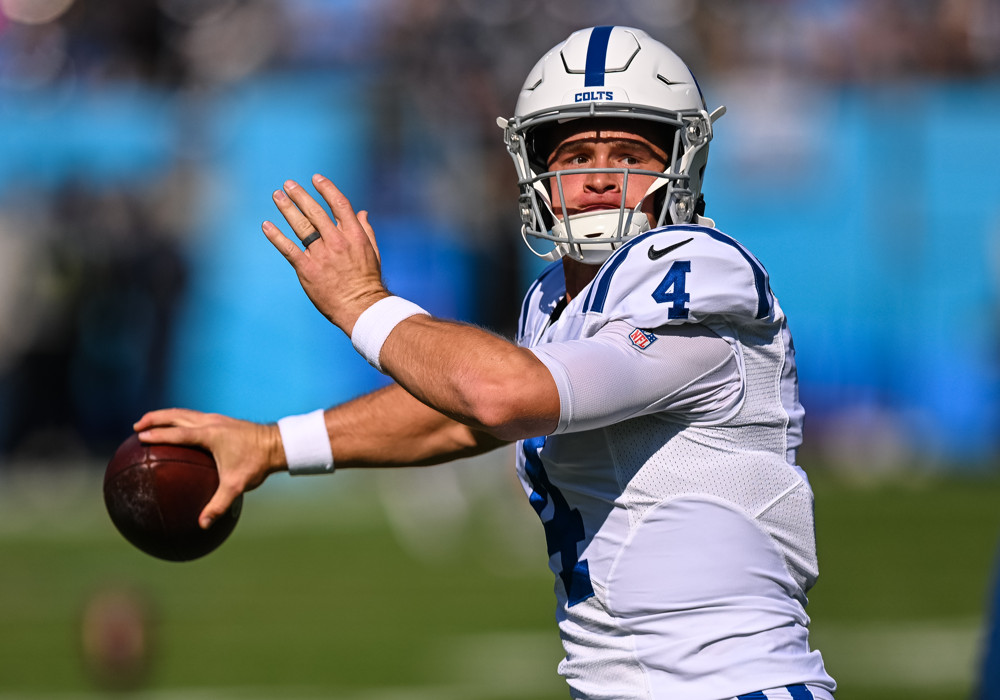 Week 8 is here and I’m going to give you some superflex options to anchor your lineups. If you have been paying attention to fantasy numbers throughout the first weeks, you would have noticed that we may be shifting away from the big point totals we’re used to running backs giving us and focusing on more receiver based builds, so finding three guys to anchor your lineups is very important. For my builds in the Superflex slot, I’m going to give you 2 Quarterbacks and 1 receiver. Here are the 3 players to take in your OwnersBox week 8 NFL DFS lineups.

Whenever you can get a Quarterback with a pulse at only $5,500 on the platform, it needs to be in your brain that this player needs to be in a lineup. I think his usage will be high, but his floor is much higher than some of the receivers or backs you could take at the same price for your super flex slot. Many scouts were saying that Matt Ryan’s arm was shot, and to the eye it really seemed that way but the Colts haven’t been great on the ground, and this Commanders pass defense is a good matchup to start his NFL career.

Ready to watch Sam Ehlinger in his first NFL start on Sunday! pic.twitter.com/I1pkFCXNsX

The Commanders rank 29th in defensive pass DVOA, they are giving up 6.8 yards per pass, and are last in the league in takeaways/game. Ehlinger had a quarterback rating of 147.8 in the preseason, and went 24-29 with 289 yards and 4 touchdowns. I don’t want to be that guy, but I think Sam cooks the Commies.

“Olave caught seven passes for 106 yards against the Arizona Cardinals in Week 7, giving him three games of at least 80 receiving yards over the first six games of his career. The Raiders represent a plus matchup for Olave as they are allowing the 10th-most fantasy points per game to opposing wideouts through the first seven weeks of the season. Olave is likely to operate as the Saints’ No. 1 wideout even if Michael Thomas (foot) and Jarvis Landry (ankle) are able to return to action in Week 8” (Rotoballer). This update from the Ownersbox platform in the player card section tells you everything you need to know about Olave’s performance in his rookie season.

The Raiders rank 30th in pass DVOA, giving up almost a 70% completion percentage and 36.5 passes per game. Olave is going to carry alot of the workload from Andy Dalton, and he’s shown that he can handle it. I love Chris Olave in a smash spot against the Raiders this week.

A player that I think is going to be super under rostered this week is Mac Jones of the Patriots. The public is out on Mac Jones after that disgusting primetime performance, but that makes it the perfect time for you to hop right back in his hole. The Patriots have won 12 straight games against the Jets, and Vegas has them favored. Before his injury, Mac Jones was averaging 262 passing yards/game, but that number has severely affected by his 13 on Monday night.

This is a tough matchup on paper for Mac Jones, with the Jets having the 4th best opponents interception thrown %, but the stats say that as long as Mac Jones can take care of the ball they have a chance. The stats aren’t loving this play but more of a gut feel for me. I would be shocked to see a Bill Belichick Patriots team embarrassed two games in a row.

Click here to sign-up at OwnersBox for a FREE $10 entry into an NFL week 7 contest with fantasy sports promo code ‘DFS10’!