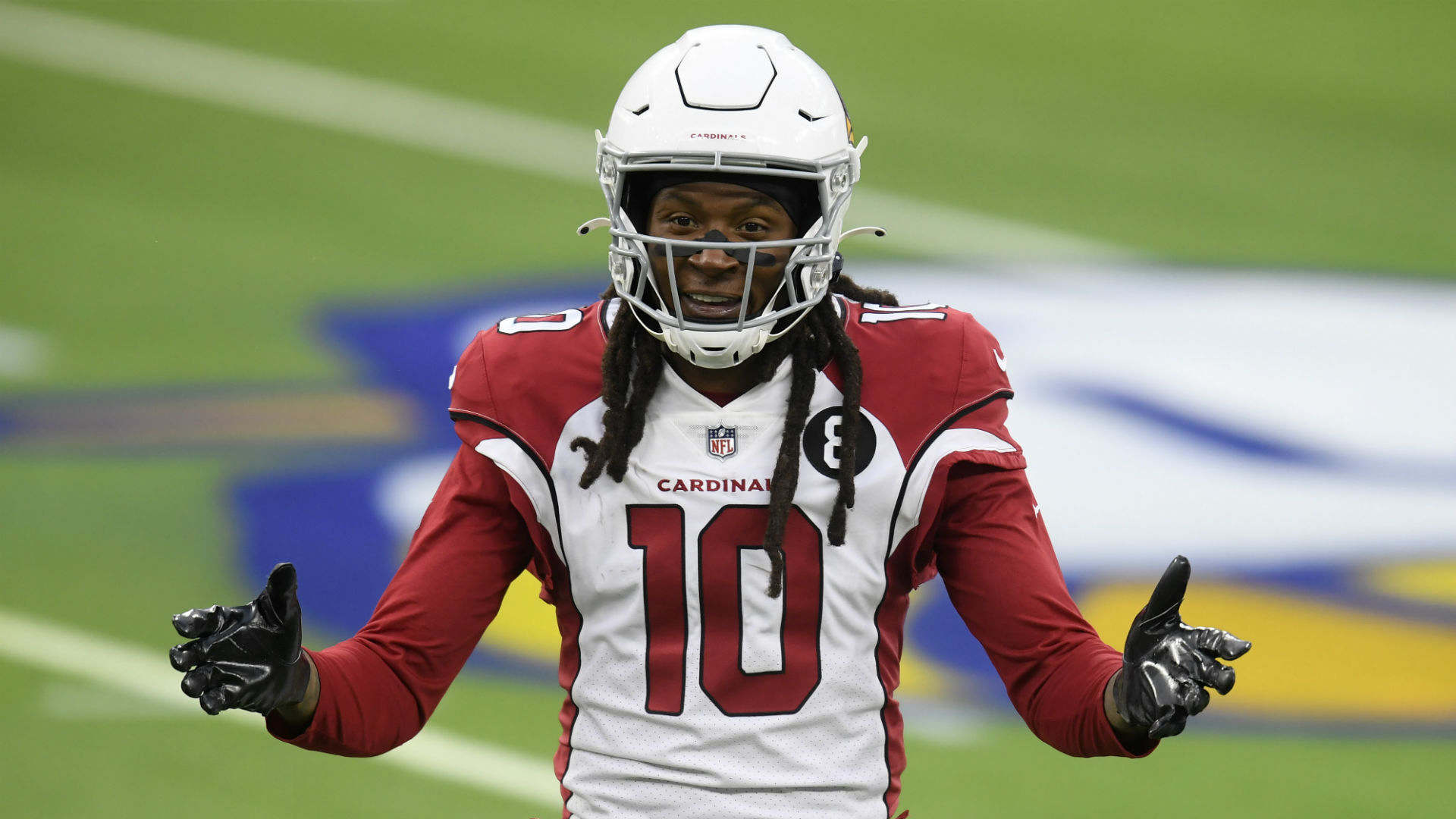 5 Wide Receivers You Need In Your Week 1 Lineup

Here are 5 wide receivers you need in your SuperFlex Salary Cap Lineup for Week 1.

DeAndre Hopkins, there is not much to say other than that he is a MONSTER; watch his highlight reception against the Bills; it was magical. I watched every single game he played for his first seven years with the Texans. The majority of those years, he had lackluster QBs, and now he is with the Cardinals alongside Kyler Murray. Last season, Hopkins’s had 6 touchdowns; expect him to receive more now that the Cardinals added AJ Green and drafted speedster Rondale Moore. Hopkins will be more open downfield than usual with these additions, especially in Week 1 against a poor Titans pass defense. No one on the Titans can cover Nuk Hopkins, and with fewer people surrounding him on defense, he could have a great Week 1 performance. Hopkins is worth every dollar at the set price of $7,100; you don’t even need to think twice about this selection. 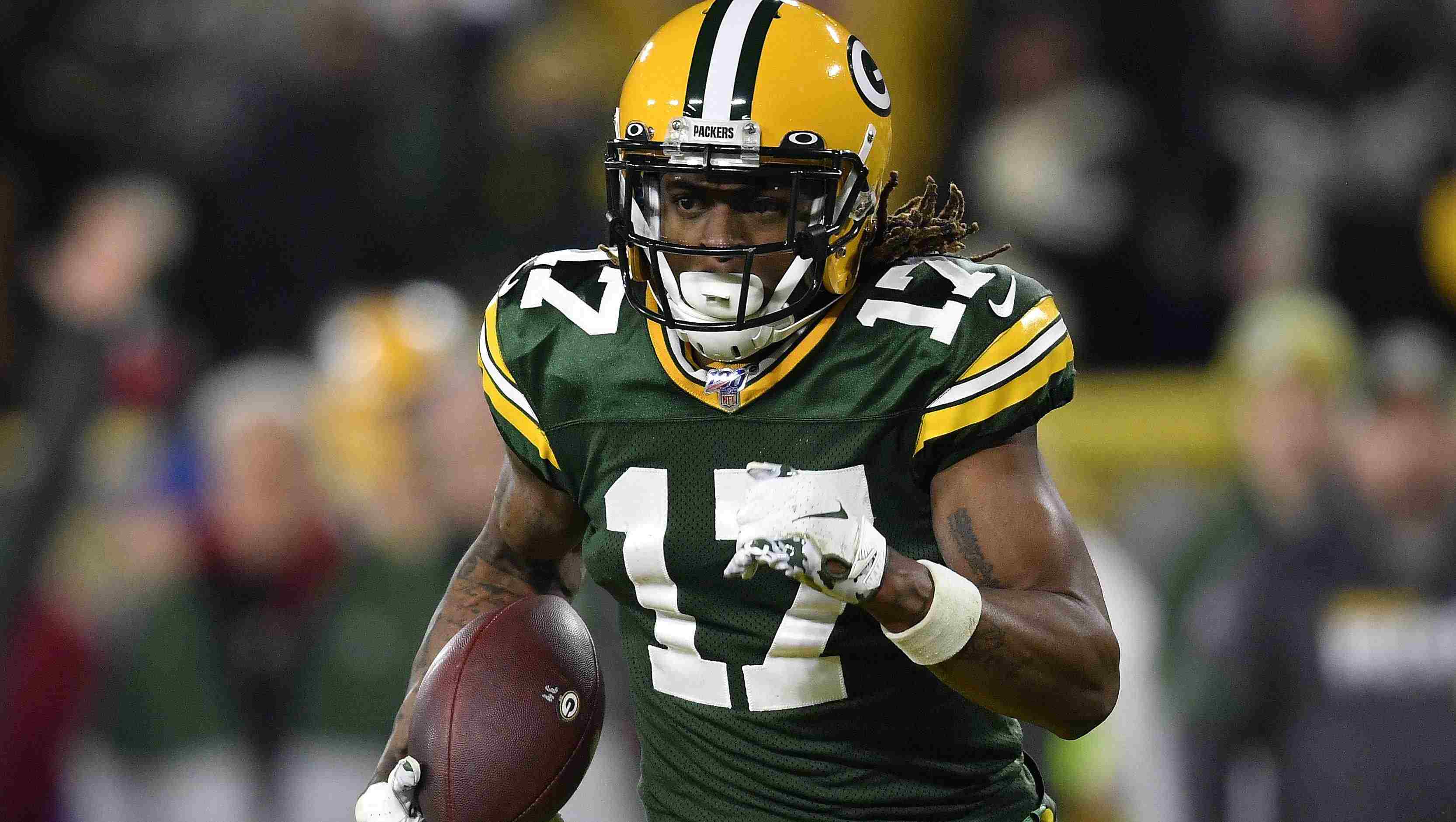 Last season, Davante Adams was the CLEAR number one receiver in the NFL. Adams scored 18 touchdowns, and I wouldn’t expect much of a dip in touchdowns because Aaron Rodgers is on a mission this season to potentially be better than his MVP season last year. In Week 1, the Packers play the Saints. The Saints have a solid overall defense. Honestly, I would select Adams in every week regardless of the matchup because it does not matter if you double-team him; Adams and Rodgers will find a way to score a touchdown or two. Averaging nearly 100 yards per game last season, Adams will have no problem torching the Saints defense in Week 1. 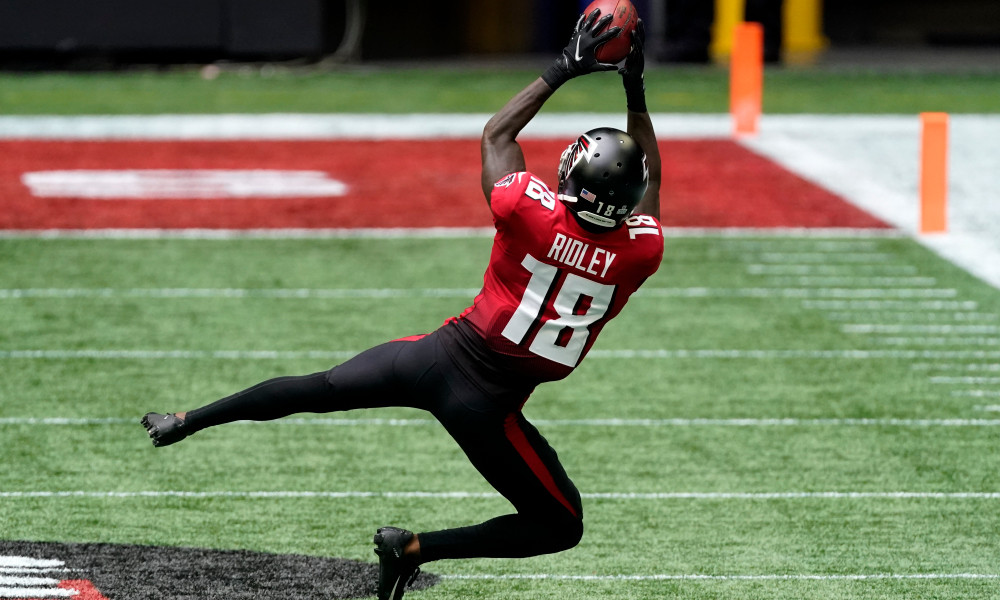 Calvin Ridley was a UNIT last season, even having Julio Jones on the other side, Ridley still was the number one receiving weapon for Matt Ryan. Ryan is one of the most underappreciated QBs in the league; on average, Ryan throws for 4,500 yards a year, and with Julio gone, Ridley will be getting around 10 targets a game or more. Yes, the Falcons drafted Kyle Pitts, who should be a great TE, but Ridley will be the number one weapon who can make great separation against any DB. Go watch the practice against the Dolphins, where Ridley made Xavien Howard look like a rookie, which is near impossible to accomplish. In Week 1, Ridley will be playing an average Eagles pass defense. I am ALL IN on this selection. Ridley will perform great against any opposing DB he goes against on the Eagles. It could be more difficult if Darius Slay is covering him, but Ridley has enough talent still to put up great numbers on the Falcons offense. 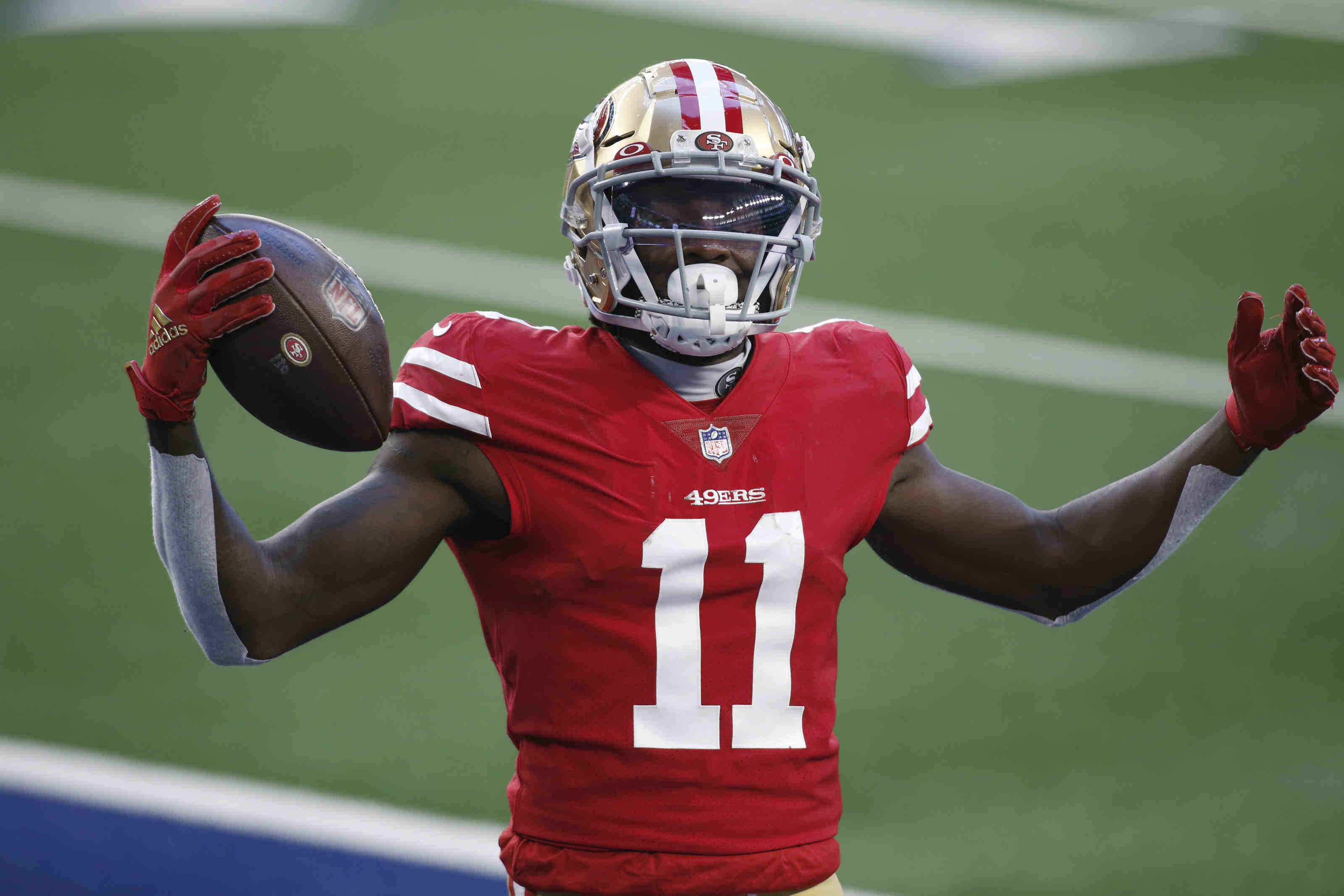 Last season, rookie WR Brandon Aiyuk showed why he was drafted in the first round. Week 6 against the Patriots, Aiyuk looked like a stud; he came out like a man on a mission and showed that he is the most talented pass-catcher on a loaded 49ers offense. He balled out and continued for the rest of the games he played. Aiyuk averaged almost 100 yards a game, 8 targets, and practically one touchdown a game after his breakout game against the Patriots Week 7. Lets move to Week 1 of this season, Aiyuk is up against the Lions defense. The Lions have some solid DBs, such as Jeff Okuda, but I do not see him following Aiyuk everywhere because the 49ers have other offensive weapons like Debo Samuel to cover. For the price of $5,000, it is hard to go wrong selecting a player with the potential to ball out like Aiyuk. 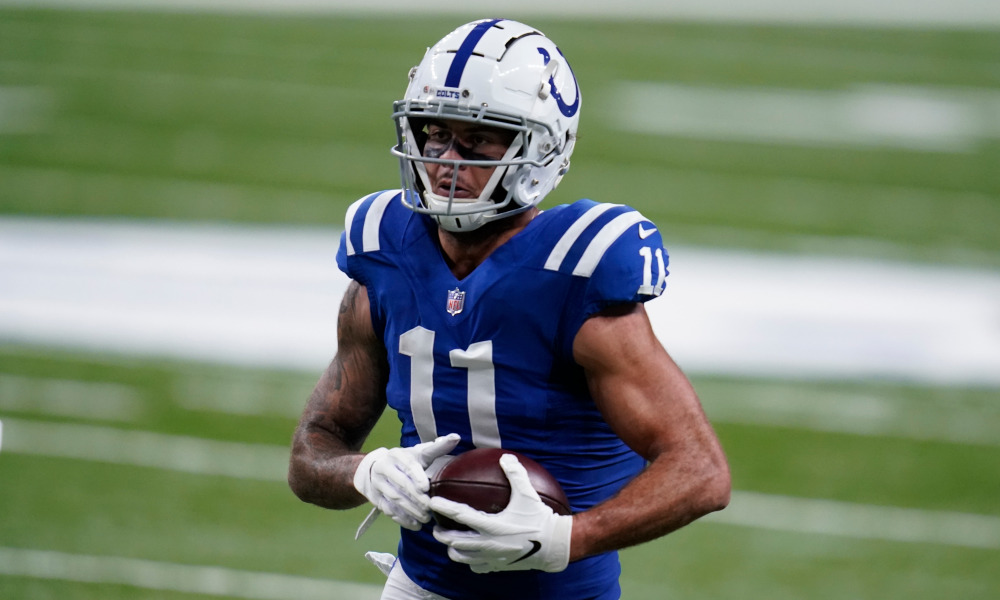 Okay, so this selection depends on whether Carson Wentz plays Week 1, but if he does, Michael Pittman at $4,300 could be the steal of the week. Pittman was selected last year in the second round, he was a star at USC but went to the Colts, who had to rush and pick up an aging QB in Philip Rivers, and it was clear that it was his last season in the league. The Colts also have older statesman wide receiver T.Y. Hilton, who is also on the tail-end of his career, but this means that Pittman should be the obvious Number 1 target on that offense. Pittman is HUGE; at 6’4, 225 lbs, he is the ideal target for any QB. If Wentz can be half the player he was with the Eagles when he was on pace for an MVP season in 2017 now that he is back with Frank Reich, that’s good news for the receiving core. If he can, I expect Pittman to take over the WR 1 role and excel this season. 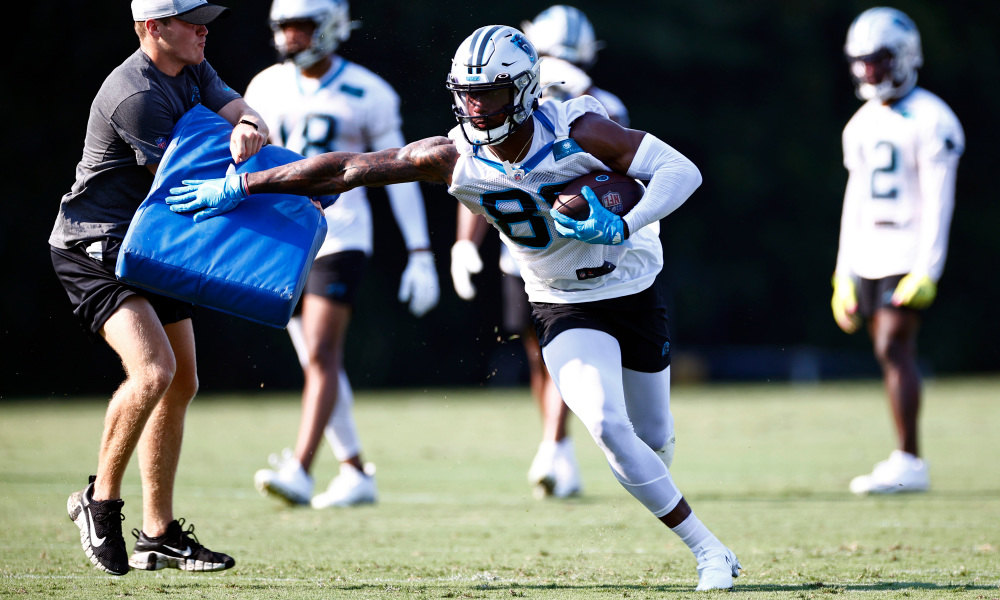 So, if you select players who cost an arm and a leg, Terrace Marshall Jr is a cheap risk with a high upside. With Marshall being a rookie, we need to address his college career at LSU. In 2019 Marshall was considered the 3rd option in a stacked offense with Ja’Marr Chase and Justin Jefferson ahead of him. But, people may not realize that for the first six weeks of the 2019 season, Marshall had 8 touchdowns, which led all players in college at that point. In 2020, Marshall was the number one option on the Tigers offense. Marshall played only seven games before opting out of the season to prepare for that draft. But, in those seven games, Marshall notched 10 touchdowns and over 700 receiving yards with a few monster games against solid teams. The Panthers had a MAJOR steal in the draft by selecting Marshall in the second round. At 6’2, 205 lbs and can run a 4.38 40… The Panthers have a future number one option and guaranteed touchdown threat in the red zone. Week 1, the Panthers play an atrocious Jets defense, with Robby Anderson and DJ Moore being the current number one and two options and Christian McCaffrey being the best back in the league for receptions from Sam Darnold. Marshall will be wide open downfield to receive multiple targets and potential touchdowns. You are not risking much of a price choosing Marshall at $3,100.