5 Tight Ends To Target In Week 2 On OwnersBox

The tight end position is very top-heavy in fantasy football. With that there are many options to attack the position when building your salary cap lineups on OwnersBox. In this article we will go through 5 tight ends to target that are at a reasonable price. Allowing you to maximize your salary at other positions. 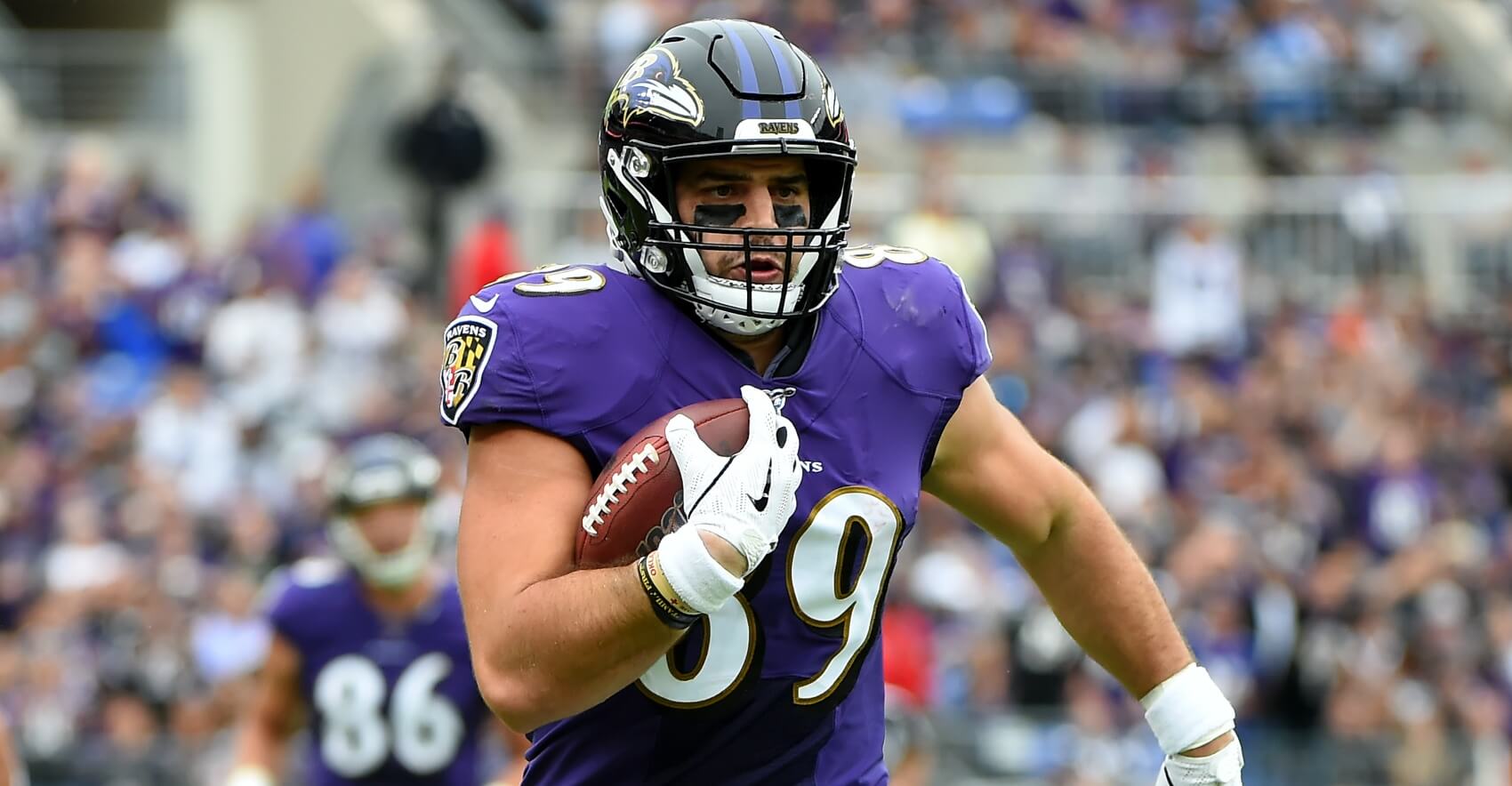 Let’s start with my number 4 ranked tight end on the week. After a disappointing performance last week against the Raiders, Andrews has a great matchup in week 2. The Chiefs gave up 120 yards on 7 receptions to the tight end position in week 1. Andrews runs the majority of his routes out of the slot. If Kansas City slot cornerback L’Jarius Sneed is in coverage against him, look for Andrews’ physicality to win out. You may have felt burnt by him last week if he was in your OwnersBox lineup, don’t overthink putting him out there in week 2.

The pre-season hype I brought for Tyler Higbee is for real! Sure his 11 fantasy points in week 1 don’t stick out, but look at the underlying numbers. The Rams tight end ran a route on 92.6% of Matthew Stafford’s dropbacks, ranking first among all tight ends. He also ranked second on the Rams in targets and routes run last week. This could be a matchup proof tight end for the rest of the season. His breakout is imminent! 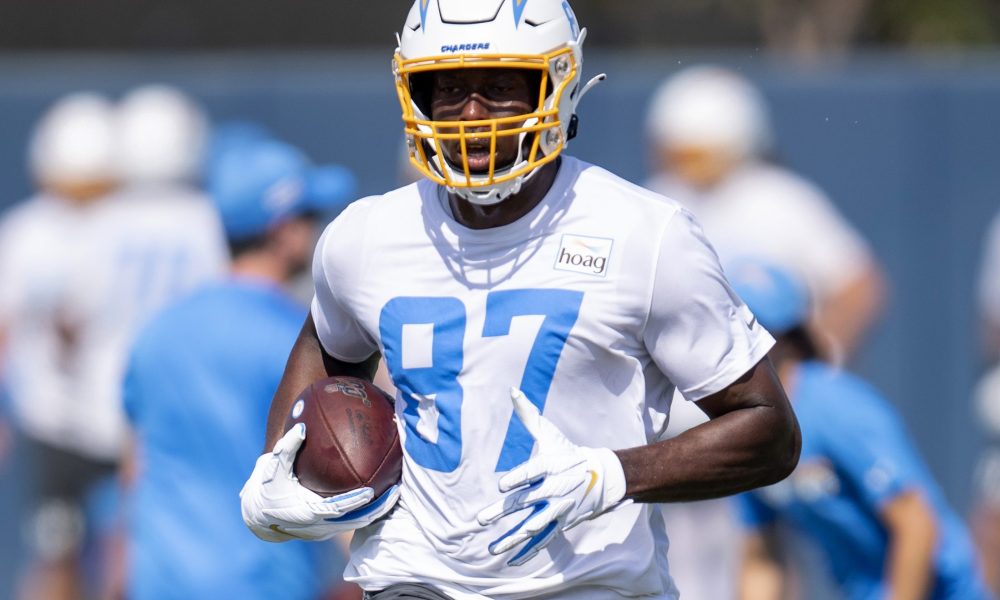 The Chargers have an excellent matchup this week against the Cowboys, who will now be without top pass rusher Demarcus Lawrence for the foreseeable future. Last week Cook had the 4th most targets among all tight ends with 8. Going for 5 receptions and 56 yards. Cowboys linebackers Micah Parsons and Keanu Neal couldn’t keep up with Gronkowski last week as 44 of his 90 yards came against them. Parsons and Neal graded 53.3 and 45.4 per PFF in coverage and Cook could get the better of the duo again in week 2.

The former third round pick is another tight end who didn’t have a breakout performance in week 1. But if you take a look at his numbers, there is reason for optimism. Juwan Johnson may have been the tight end to walk away with two touchdowns but Trautman ran double the amount of routes. He only trailed Marquez Callaway in routes run. He also led the team in targets with 5 and was all over the field. Lining up in inline, out wide and in the slot. With Jameis Winston only attempting 20 passes last week, there should be more to go around in week 2. 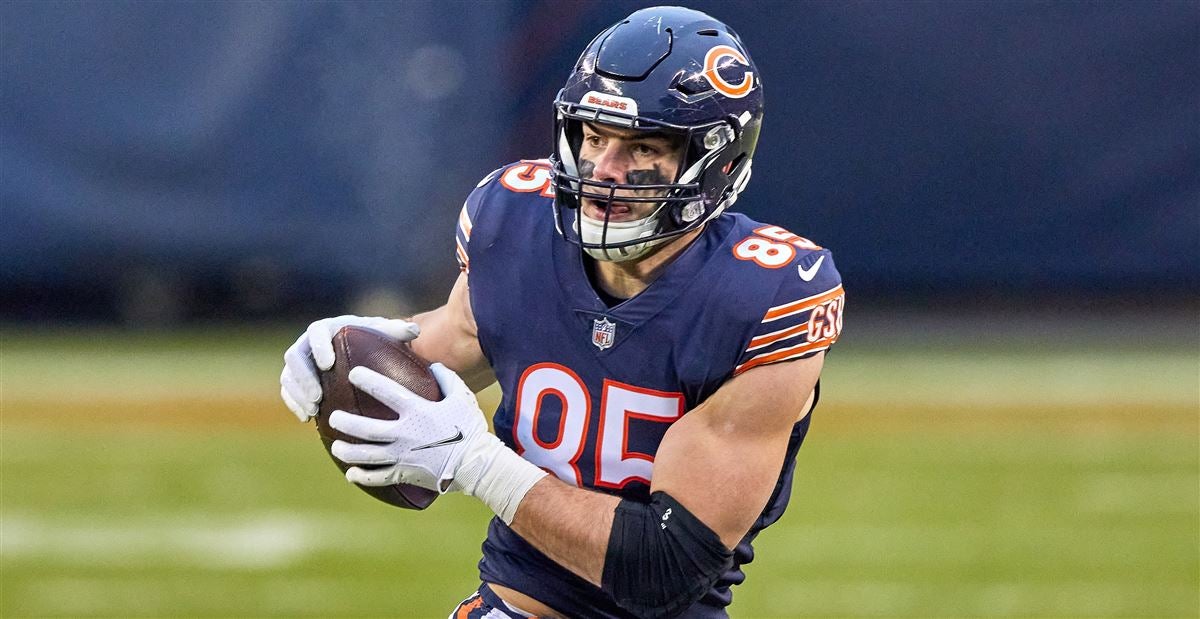 Kmet seemed to be a sneaky season long option for fantasy football in the off-season. After week 1 his outlook looks even more positive. Jimmy Graham was only on the field for 9 snaps while Kmet ran 32 routes. He is the clear number 3 option in the offense and should excel against the Bengals. Vikings slot wide receiver KJ Osborn torched Eli Apple for 46 yards on 3 targets last week. Kmet ran 46% of his routes last week in the slot. Andy Dalton’s inability to push the ball downfield will lead to Kmet picking on Apple over the middle.