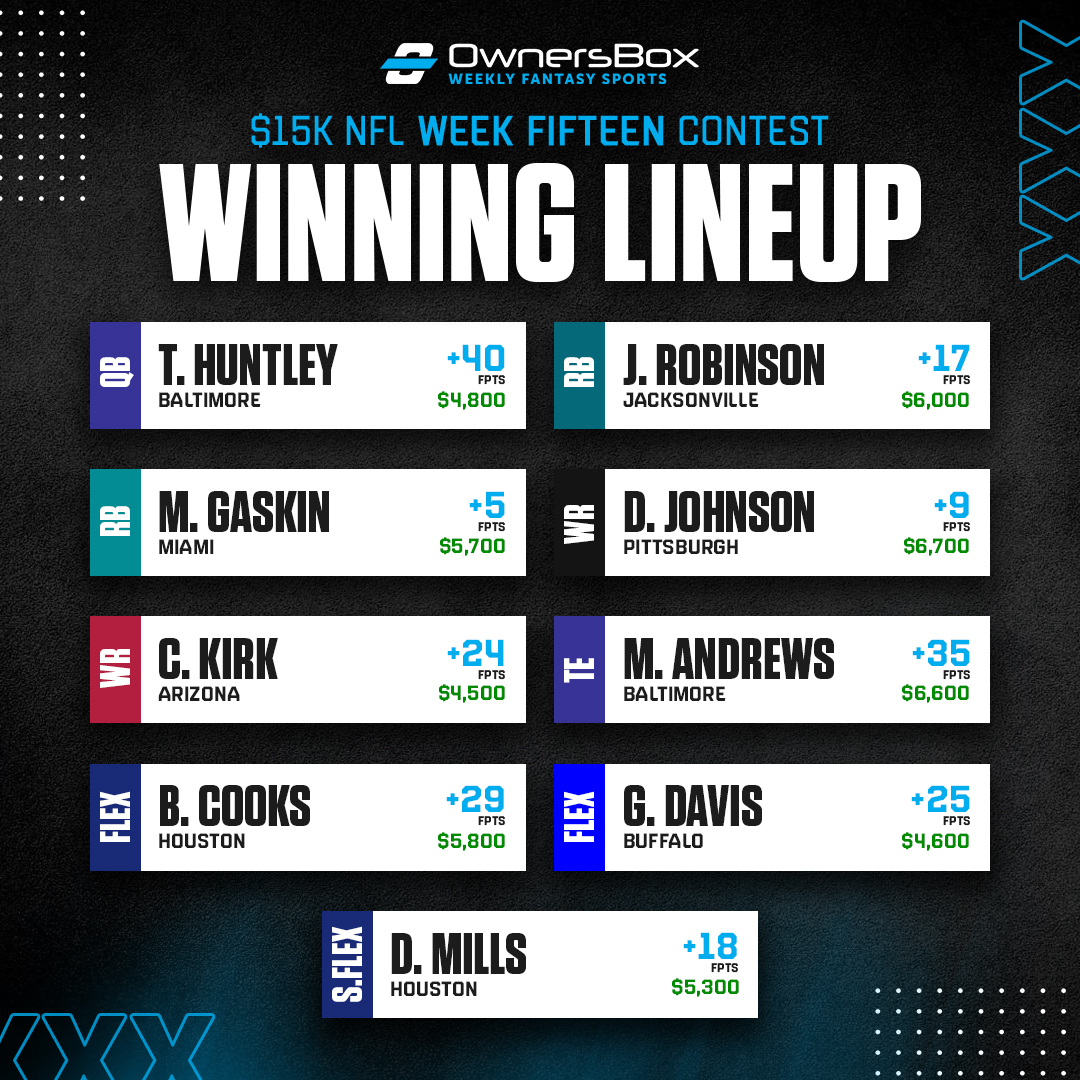 The Week 15 contest is in the books. Let’s dive deeper and see how it worked out for our winner.

Tyler Huntley and Davis Mills were two of the cheapest quarterback options this week on the site. Paired with Mark Andrews and Brandin Cooks, these stacks combined for 60% (122 FPTS) of this lineups points. Tyler Huntley played unbelievably well, and with most Baltimore receivers out, the Mark Andrews selection was perfect.

Value WR’s Have A Day

Chrisitan Kirk and Gabe Davis were two top performers in this lineup. Kirk, who was going to have an increased role due to the Deandre Hopkins injury, was mispriced in my opinion, as he was the 3rd highest rostered player in this contest at 33%. Kirk was one of the lone bright spots for the Cards as he went off for 9/94/1. Gabriel Davis is having himself a December to remember. The Bills receiver has scored 4 touchdowns this month, as Josh Allen has shown increased confidence in him. 7 targets for 5/85/2 made this a fantastic value.

The Urban Meyer era is over in Duval (thank god), and interim coach Darrell Bevell had commented that James Robinson was his starting RB, and he was going to use him that way. This led to him being the second-highest rostered player at 37%. However, Robinson had a solid day with 18/75/1 on the ground and 3 receptions for 13 yards through the air. Robinson should become a reliable target week to week should this uptick in usage stay true.