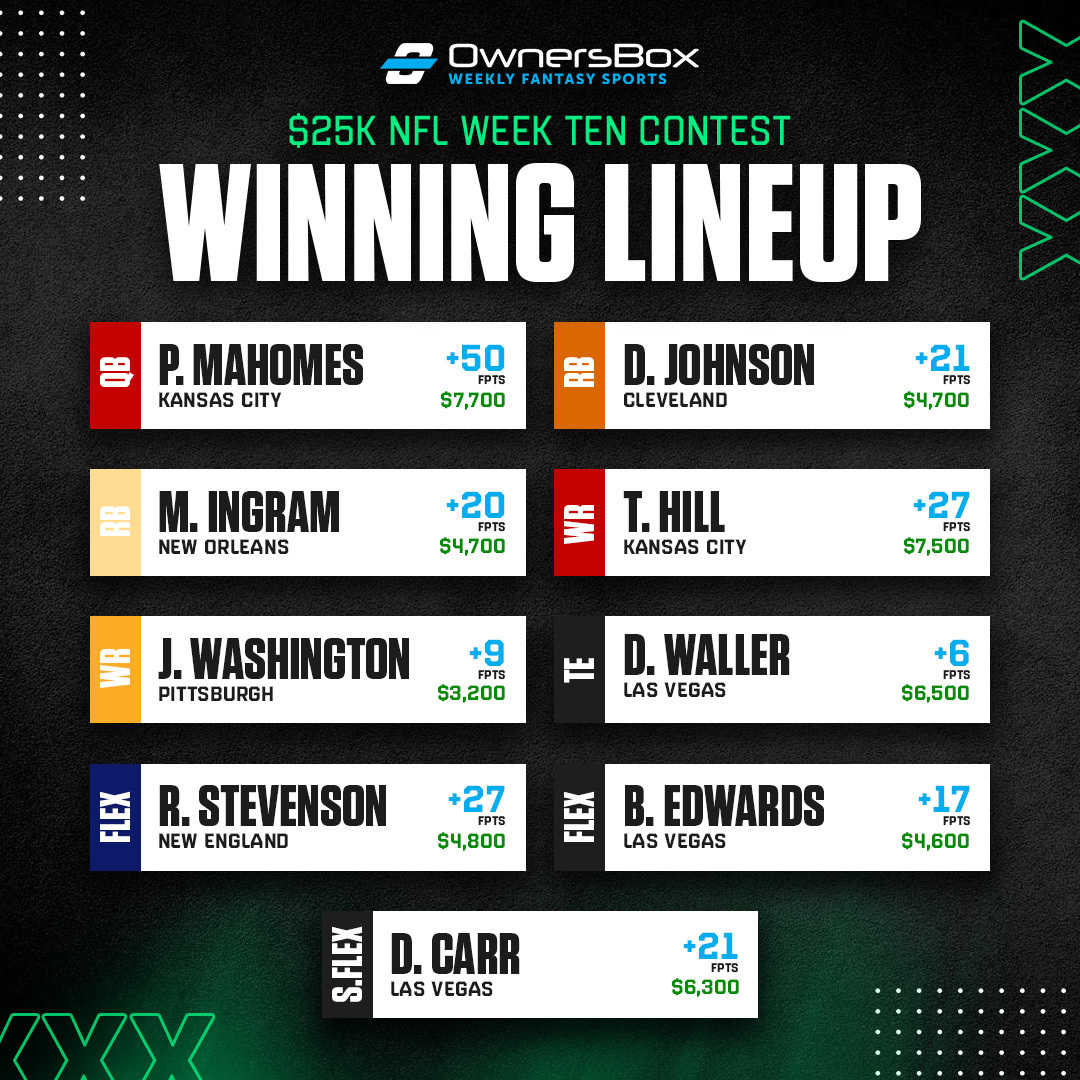 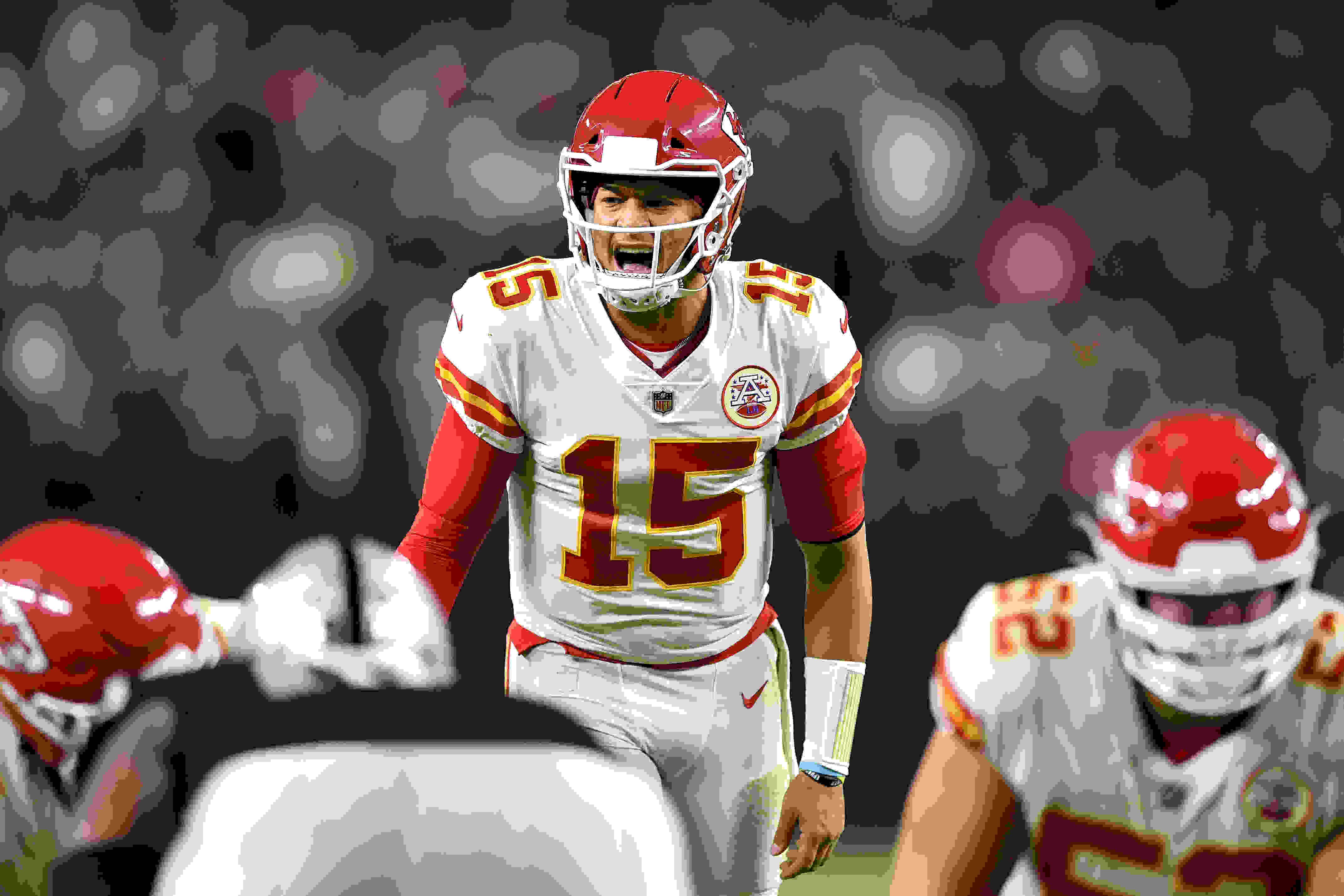 Patrick Mahomes is back! With a 5 touchdown – 50 fantasy point performance on Sunday Night Football, Patrick Mahomes is back and he carried both the Chiefs and this lineup to a big victories in Week 10. This winning lineup was able to stack Patrick Mahomes with top Chiefs’ Tyreek Hill for a combined $15,200 salary, a hefty price, but Hill had an awesome game with 27 fantasy points, returning a total of 77 fantasy points for the stack. Stacking continues to be the best high-risk high-reward method for raising the fantasy-points ceiling of your lineup, as when the QB has a great game, so will some of his receivers. 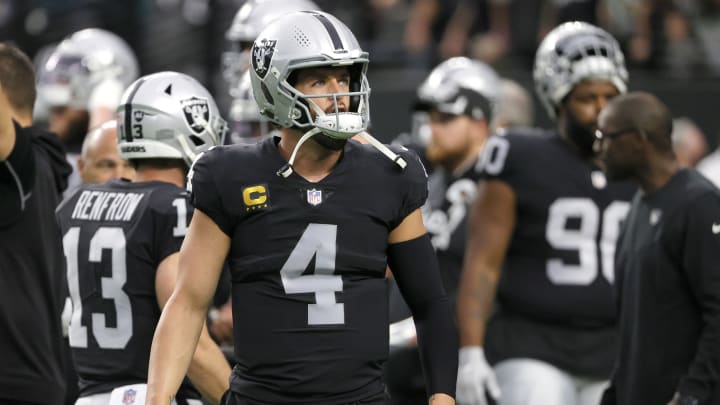 This lineup countered the Chiefs stack with a same-game Raiders stack of Carr/Waller/Edwards. Stacking from both sides of the same game is an optimal strategy for maximizing the upside of your lineup as if the game is a high scoring shootout, the lineup has multiple players from both sides of the shootout. With a combined 44 points on a salary of $17500, this Raiders’ QB/WR/TE super-stack with Derek Carr at superflex kind of missed outside of Bryan Edwards 17 fantasy points at flex. But regardless, the Chiefs stacks and the running backs were able to carry this lineup to victory and overcome Darren Waller’s 6 fantasy point letdown. 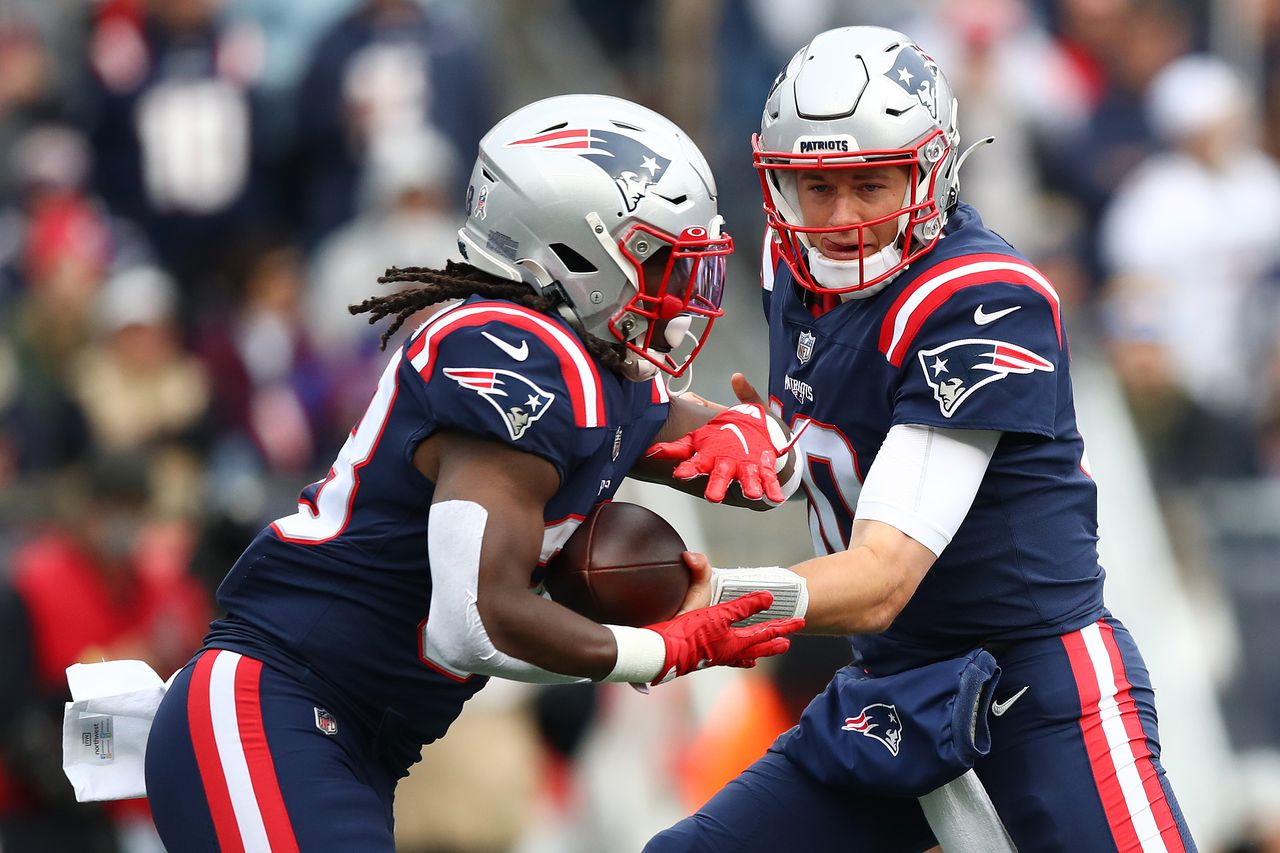 Damien Harris suffered a concussion in Week 9 and was a no-go for the Patriots’ Week 10 matchup vs. Cleveland; Rhamondre Stevenson stepped in admirably for the Patriots contributing 114 yards on 24 touches and 2 touchdowns for 27 fantasy points – wow. Stevenson look tremendous leading both the Patriots and this grand prize lineup to victory this week.

New Orleans Saints’ superstar running back Alvin Kamara was ruled out pre-game with a lingering knee injury. Mark Ingram assumed the role of workhorse back for the Saints, and was able find the end zone on 18 touches for 20 fantasy points. If Kamara were to miss another week as a game-time decision in Week 11, Ingram might be a good start once again in the OwnersBox Week 11 contest.

In Week 10, Chubb was on the COVID list; D’Ernest Johnson assumed Chubb’s role of top running back for the Cleveland Browns and rushed for 99 yards on 19 carries and caught 7 passes for 58 yards. At 60% selected, D’Ernest Johnson was the highest rostered player in the $25k Contest in Week 10. Usually, it is smart strategy to avoid the highest owned, underpriced ‘chalk’ options in your lineup as it raises your odds of winning, this week the chalk options at running back worked out as the backup running backs more than competently took advantage of the large opportunities they were afforded on Sunday.