After a wild weekend of Divisional Round playoff football, we are on to Championship Weekend! There are only 2 games this weekend, but there’s still a ton of action to get involved in on OwnersBox. Here’s the contest lineup for the weekend: 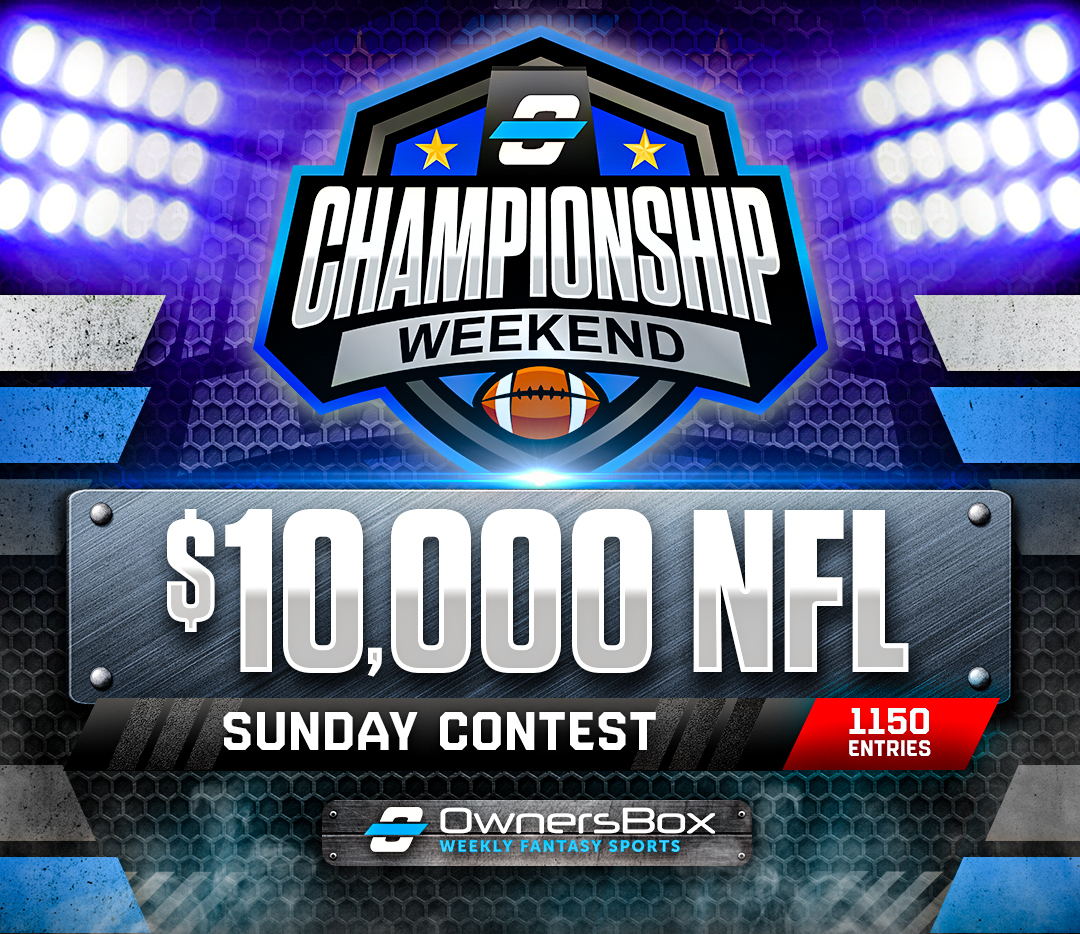 The SuperFlex format offers a new strategic alternative to daily and season-long play. The OwnersBox SuperFlex format is all about the offense, all the time. Users will build their 9-player lineup while staying under the $50,000 salary cap. The SuperFlex position, the main differentiator of the contest, gives the user the option to select an additional quarterback, running back, wide receiver, or tight end. Ultimately, it makes the quarterback a premium position versus other fantasy formats. For beginners, it’s a much more appealing game option with a more offensive outlook, and for experts, it takes away the luck and randomness, making it more skilled and highly competitive.

Adding a SuperFlex spot allows versatility in your lineup construction. You now have the option of starting 2 quarterbacks instead of 1, boosting the value of all quarterbacks. This is unique to the OwnersBox game format versus other platforms. If you really like the prices on some lower-end RBs and WRs.

You also have the versatility to completely ignore the quarterback position. Take 1 low-priced player filling that SuperFlex spot with another position, and load up on high-tier running backs and receivers. The best part is, since you set weekly lineups, you’re able to experiment with different tactics every week to try and find the optimal strategy to take home the money.

Here are the details of what your 9-player SuperFlex roster will look like on OwnersBox:

Once your lineup is constructed, here is how you will earn fantasy points.

Use Promo Code “DREW9” for a FREE $10 entry into our $10k Championship Sunday Contest!