Must Add Players for Week 2 of Fantasy Football 2022 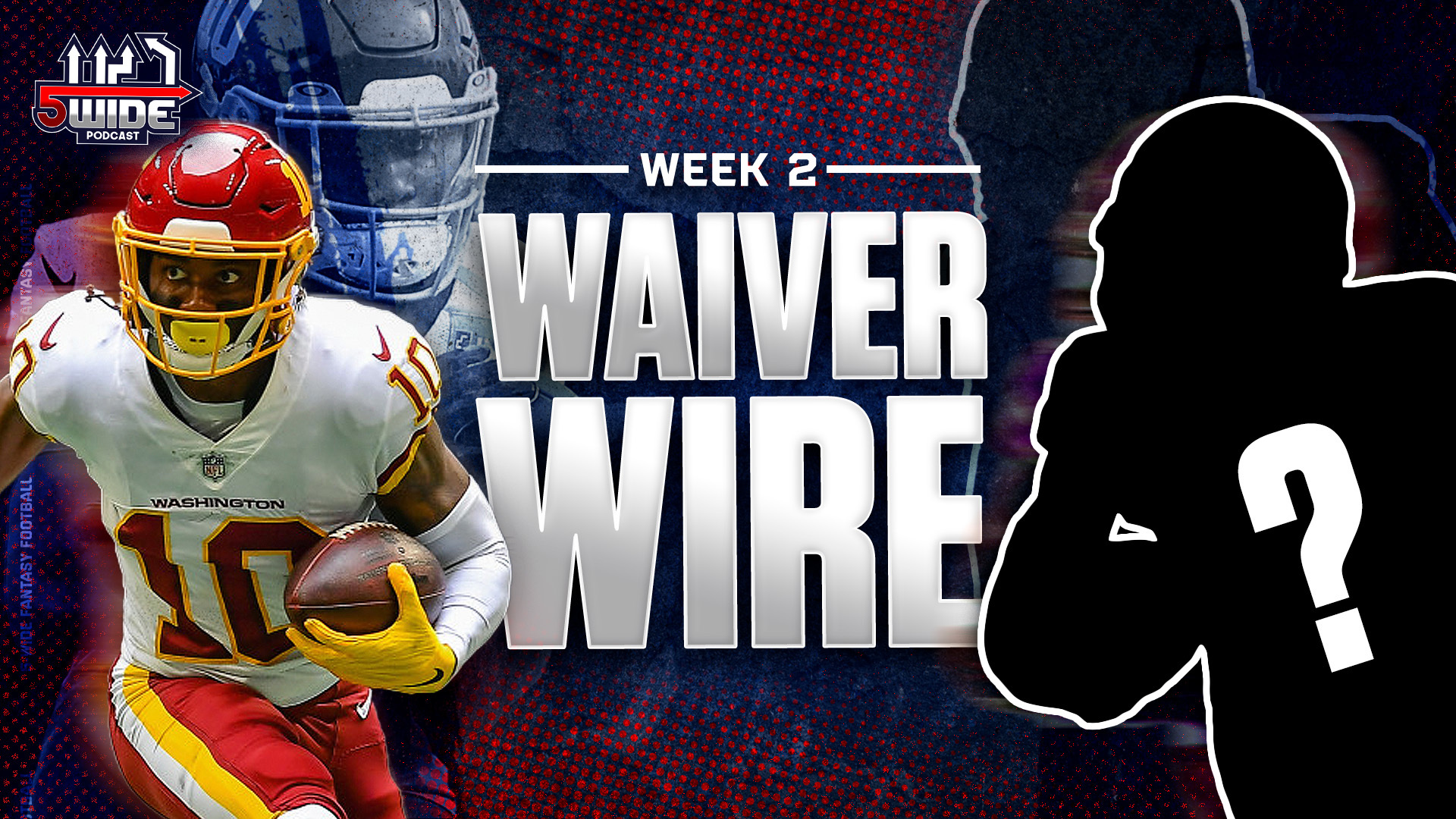 There is an unfathomable amount to unpack for fantasy football managers after week 1 of the NFL season. It can be overwhelming for some, especially when it comes to players available on the waiver wire. You want to avoid overreacting and decipher between must add players and players you can add. Your leaguemates may make a surprising move as a result, leaving you with additional options after waivers run on Wednesday.

When looking at the waiver wire you shouldn’t be looking squarely at who scored the most fantasy points that week. It can be a decent indicator but it’s not the be all end all. We want to use our FAAB or our waiver priority on players that will see volume and opportunity. Anyone can make one play for a 50-yard TD, but who can the coaching staff or quarterback not stop feeding the ball to?

Speaking of players who earned opportunity, it seems like Ron Rivera was excited to have Curtis Samuel back at his disposal. The former Carolina Panther totaled 10 targets, 8 receptions, 55 yards and a touchdown in week 1 vs Jacksonville. He also added 4 rushing attempts for an additional 17 yards on the ground.

During training camp the Commanders were generating some buzz around new QB Carson Wentz and Samuel’s connection. Even connecting early on in the preseason. On Sunday the team was looking to get the ball in his hands often, he doubled Jahan Dotson in targets and more than tripled Terry McLaurin. His 1.3 ADOT for the day indicates that they like what Samuel can do after the catch to make defenders miss.

Not every fantasy matchup is going to be against the lowly Jaguars for Samuel, but he does matchup with the Lions in week 2. I’m likely to be targeting him in OwnersBox DFS as he’s $5,000 in the $100K Sunday Smash contest. He’s only 16% rostered in Yahoo fantasy leagues at the moment, making him widely available. This could be a perfect spot start for you this week and if this Deebo Samuel like mix of touches continues then we may find ourselves a player that never leaves your roster this season.

If Bears quarterback Luke Getsy has a better head on his shoulders then Matt Nagy he’d see that Khalil Herbert is his best running back. It was not your typical afternoon at Soldier Field, with the turf in shambles due to torrential downpour. But Montgomery averaged just 1.5 yards per carry on 17 totes, for a total of 26 yards. Meanwhile Herbert turned his 9 rushes into 45 yards and a TD.

Looking back at last season, Herbert was the more efficient runner. The former Jayhawk had a better true yards per carry, breakaway run rate and yards created per touch. With an offensive line that’s as underwhelming as the one in Chicago you need a back that can create yards on their own and at this stage in Montgomery’s career Herbert is the better option.

This is all good news for Herbert so far, he never had more than five carries in a game Montgomery was active for last season. He’s a sure-fire handcuff that needs to be rostered in more than 40% of leagues. But there is a chance he outplays Monty early on and becomes the number one option.

We talked about Wilson as a must add player before week 1, but after an Elijah Mitchell injury materialized once again we have to bring him back up. This is a 49ers offense that puts a major emphasis on running the football, they ran it at the 4th highest rate in the league in 2021. Jeff Wilson is now the clear number 1 option on the depth chart, that came to fruition in week 1 once Mitchell left the game.

Kyle Shanahan says Elijah Mitchell will miss approx. 8 weeks with an MCL sprain he suffered in the 2nd quarter. He will not need surgery. Jeff Wilson becomes top back while rookies Ty Davis-Price & Jordan Mason will compete in practice for No. 2 role. Mason had edge in Week 1

Last season Mitchell was one of the best players to add off the waiver wire, I don’t see Wilson being the same type of player despite the value this offense brings to it’s RB’s. Wilson averaged just 3.7 yards per carry last season with an EPA (expected points added) of -4.9. He’s 26 year-old with little proven success in this league. I wouldn’t be shocked to see Tyrion Davis-Price go from inactive to immediate involvement in the offense. There’s also Jordan Mason and Kyle Juszczyk.

Despite my concerns I would still be willing to use my waiver priority or spend about 15% of my FAAB to add Wilson. He’s undoubtedly the top option in this offense for the time being, cutting Trey Sermon and making Davis-Price an inactive for week 1 solidified that. If you can get Kyle Shanahan’s RB1 on your fantasy team I’d do what I can to make it happen within reason.

Sticking with the injury report, Keenan Allen left the Chargers week 1 game against the Raiders with a pulled hamstring. With Los Angeles headed into a short week against the Chiefs on Thursday night it’s unlikely Allen will be active. Palmer came into the season as the WR3 behind both Allen and Mike Williams and will now assume Keenan’s role.

The former Tennessee Volunteer was second in routes run behind Mike Williams, running 25 to Williams 31. It was DeAndre Carter and Gerald Everett that benefitted the most last week from Allen’s absence. I don’t expect Carter to sustain his 4 targets on 14 routes pace from last week, he was brought it in to play a special teams role.

Routes run with Keenan Allen off the field in Week 1…

Palmer was drafted two seasons ago to eventually be the successor to Allen, he’s a crafty route runner with excellent hands who has had the chance to learn from one of the best route runners in football. With Justin Herbert’s talent he could still be a valuable fantasy asset as the 3rd option but with Allen’s return date up in the air he is an absolute must add this week.