Must Add Players Before Week 1 of Fantasy Football 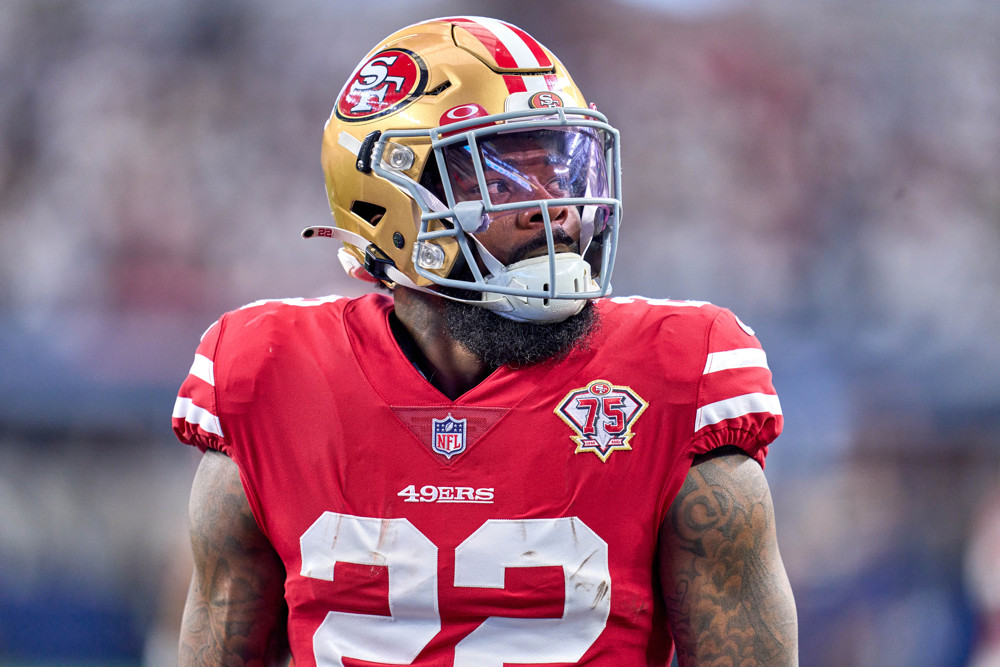 We’ve made it guys, the NFL is finally back this week. Most of us have run through our fantasy football drafts already, some of you psychos had drafts before training camp even opened. If you’re dealing with injury, like say a JK Dobbins or Chris Godwin, then you may already need some must add players off the waiver wire.

We don’t have actual recent performances to work off of like we usually would when looking at players to add off the waiver wire. With these three players we’re projecting that these could be viewed as top priority targets when waivers run next week. This gives you to snatch these guys up without losing your priority or FAAB dollars.

The ever valuable San Francisco 49ers backfield. For as long as Kyle Shanahan has been calling the plays this room has always been able to provide value off the waiver wire. Now Wilson didn’t have the most inspiring 2021 season, averaging 3.7 yards per carry and just 7 receptions. But the 49ers depth chart lists him as the teams number 2 option.

Lead back Elijah Mitchell has been dealing with an injury for pretty well the entirety of training camp. It’s a hamstring problem as well, those soft tissues injuries can linger and very likely result in re-injury. Yes, San Francisco added Tyrion Davis-Price through the this years draft but much like Trey Sermon’s surprise cut don’t expect his draft capital to decide where he lies in the pecking order.

Wilson has excellent value as the handcuff behind Mitchell but there is also the potential for stand alone value in what I expect to be a run heavy offense. Wilson could earn opportunity inside the red zone, which would be an excellent return on a player just 4% rostered right now.

The Cardinals now sophomore wide receiver is rostered in nearly half of fantasy football leagues according to the Sleeper app. So for those of you that still see him on your waiver wire you’re in luck. The Cardinals have a juicy week 1 matchup against the Kansas City Chiefs, the same team that lost two important pieces of their secondary this off-season in Charvarius Ward and Tyrann Mathieu.

As we discussed before, I’m projecting these players to be high priority come next week and Moore is in a perfect spot here. The Cardinals of course will be without DeAndre Hopkins for the first six games, Chase Edmonds left in free agency, and Zach Ertz returned to practice on Wednesday for the first time since August due to a calf injury.

That leaves Arizona’s offense with Marquise Brown, AJ Green and Moore. Now, I’m expecting Ertz to play here but this offense has plenty of vacated targets to be scooped up. Moore has the best chance to secure volume, Christian Kirk and Chase Edmonds departure leaves plenty for Moore to take advantage of in short yardage and in the slot. We saw was Moore was able to do after the catch last season, his 8.3 yards after the catch was 4th in the NFL.

What the hell is going on in Green Bay? Allen Lazard is in danger of missing the first week of the season with a supposed ankle injury. Christian Watson basically missed the entirety of camp. Even the Romeo Doubs hype has seemed to have cooled off. Well if there is one thing that’s constant for Packers QB Aaron Rodgers it’s Randall Cobb.

#Packers HC Matt LaFleur says WR Allen Lazard "got stepped on last week" and will not participate in today’s practice. No further updates on his status for Sunday vs. Minnesota.

Is Cobb, in his age-32 season, the type of player that can explode for a league winning type season? I highly doubt it. But it’s not a well kept secret how much Rodgers likes him and how much Rodgers prefers guys in which is experience regular season time with. Cobb could be the only one fitting that bill come Sunday afternoon in Minnesota. That could make him a top-36 wide receiver in my positional rankings for week 1.

As long as Rodgers is at QB and Matt LaFleur is calling plays this is going to be a high scoring offense. Cobb is just 33% rostered right now and has the chance to be the top target for one of the league’s best quarterbacks. You’ll be kicking yourself if you have to spend FAAB or priority on him next week. Who knows how long a potential sprained ankle could linger for Lazard.