Most Overrated Players in 2022 Fantasy Football 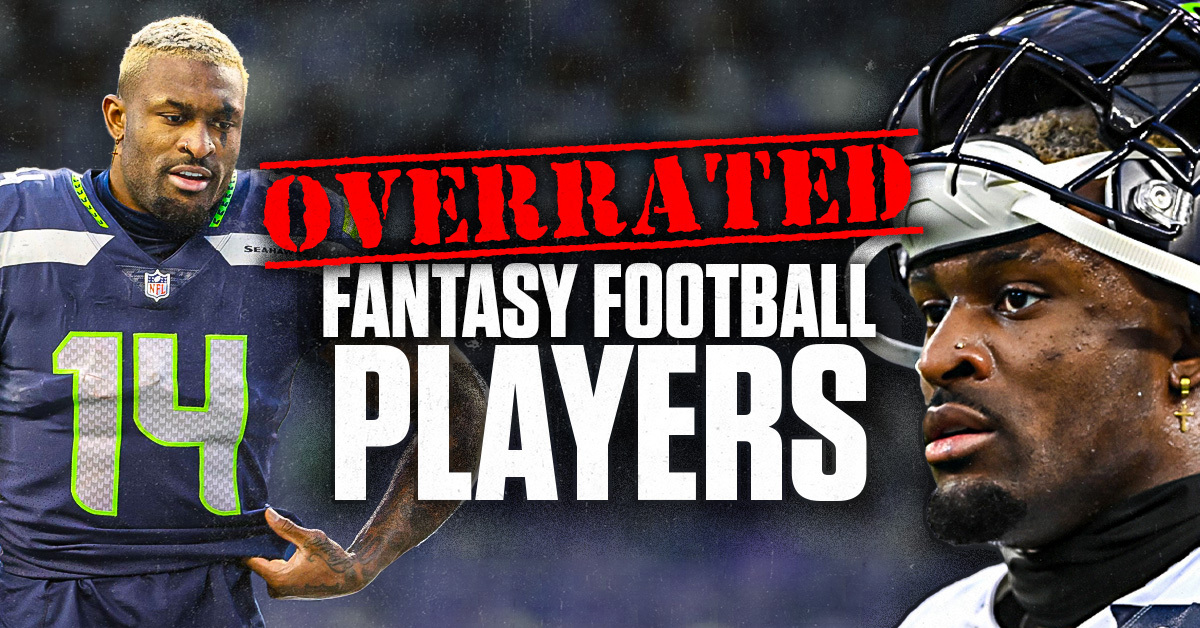 There are always people drafting players in their Fantasy Football leagues because they are just there. Obviously, you never want to do that. Every draft pick should have a reason or else you could be stuck with an overrated Fantasy Football player when there was better value on the board. I’m looking at three guys that are getting drafted a little too high for my liking heading into the 2022 NFL season.

Fantasy Football Owners Should be Scared of Metcalf-Lock Combo

D.K. Metcalf is going to have a rude awakening when, or if, he steps on the field for Week 1 with Drew Lock as his quarterback. Metcalf has had the luxury of having Russell Wilson at quarterback. The Ole Miss product has not finished worse than the WR33 since coming into the league in 2019 and finished as the WR7 in 2020.

Well, Drew Lock started the final five games of his rookie season with the Broncos, started 13 games in 2020, and filled in for six games when Teddy Bridgewater went down last season. Sutton was the only pass catcher to finish inside the top 20 when Lock was in Denver, and that was in 2019.

Without an extension in hand and five days until training camp report day, is it time for #Seahawks fans to panic about DK Metcalf's contract?@CorbinSmithNFL and @NickLee51 share their thoughts on the latest @Locked_Seahawks. Watch the full episode here: https://t.co/FVCIzsEIXb pic.twitter.com/jPxrj2IS1S

In 2020, Tim Patrick finished as the WR44, which was the highest season finish for any receiver on the team. Moreover, just one receiver had a WR50 week finish or better in Lock’s four starts last season. So, what makes people think Metcalf can finish as the WR20 this season? He’s extremely talented, but with a signal caller that had a QBR of 23.4 last season, I think D.K. is one of the more overrated Fantasy Football players heading into this year.

Metcalf also missed the three days of mandatory veteran minicamp in June. It remains to be seen if he will show up to training camp, but this shouldn’t give Fantasy Football owners a ton of confidence that Metcalf is ready for Drew Lock to be his quarterback.

Stay Away From Breece Hall

The top running back prospect from the 2022 NFL Draft is being highly sought-out for in 2022 Fantasy Football drafts. Breece Hall put up over 4,500 all-purpose yards, 50 touchdowns, and 80 catches in his three seasons with Iowa State.

Hall is being drafted as RB21, and I think he’s an overrated Fantasy Football player heading into this season. The last time a New York Jets running back finished as the RB20 or better was Le’Veon Bell in 2019, and he needed 300+ touches to do that. Apart from 2019, the Jets have implemented running back by committee, which is a nightmare for Fantasy owners.

Everyone believes Hall is going to be this bell cow RB, but with Michael Carter, Tevin Coleman, and Ty Johnson all still in New York, I don’t see that happening. Carter was heavily involved in the passing game last year and saw just over 180 touches to finish as the RB29. With the chemistry, Zach Wilson and Carter built last season I can’t see him being completely forgotten about in this offense.

I don’t think Hall is bad by any stretch, but I think there are other RBs at the same ADP who are much safer picks like Josh Jacobs and J.K. Dobbins. If you want to take a shot on a rookie running back look for Rachaad White, who is one of my running back sleepers and is being drafted in the 10th-12th rounds.

The Most Overrated Fantasy Football Player Heading Into Camp

I am really down on Cordarelle Patterson this year for a few reasons. For one, he’s 31 years old, and it’s rare you see players continue to improve past that age. After finishing as the RB9 last season, I think he’s met his ceiling to the nth degree.

The Falcons now have young weapons in Drake London and Kyle Pitts that will be the focal points of the offense. Not to mention, they drafted Tyler Allgeier from BYU and added Damien Williams to their backfield. Head Coach Arthur Smith had incredible success on the ground as the OC in Tennessee in 2019 and 2020. The Titans were first in yards after contact, second in rushing attempts and yards per carry, and fourth in first downs. Cordarrelle Patterson is not your guy if you’re trying to run this type of offense.

The last reason why I think Patterson is one of the more overrated Fantasy Football players heading into this season is because of new starting QB Marcus Mariota. This isn’t Matt Ryan’s offense anymore, and we saw his deep ball kind of go out the window in recent years as he preferred the check down. Well, Mariota is a mobile QB, and these type of signal-callers don’t typically check down to their pass-catching back, who would effectively be Patterson.

Tyler Allgeier has the higher upside in my opinion, which is why I’m staying away from Cordarrelle “Gadget Guy” Patterson this season. 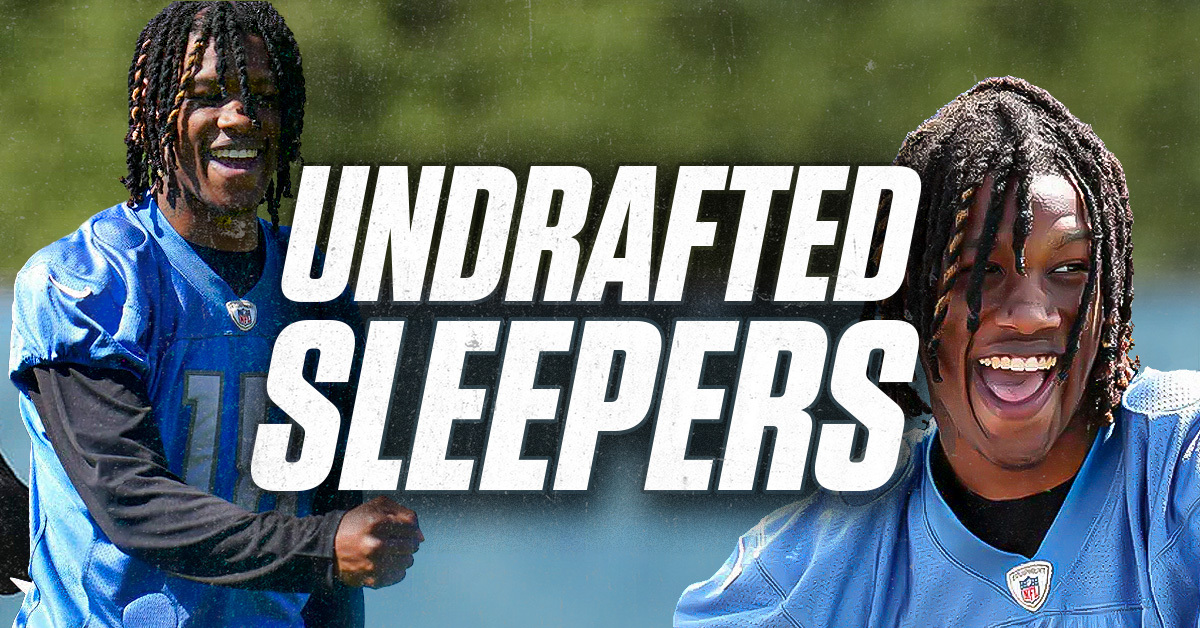 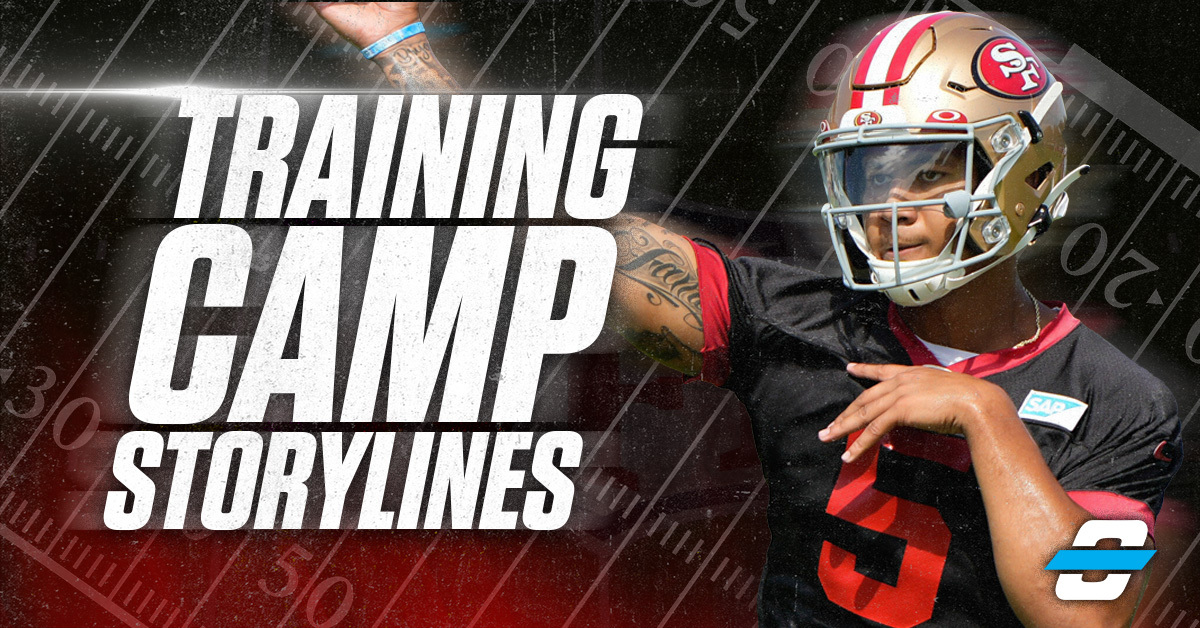