Michael Thomas is being severely undervalued 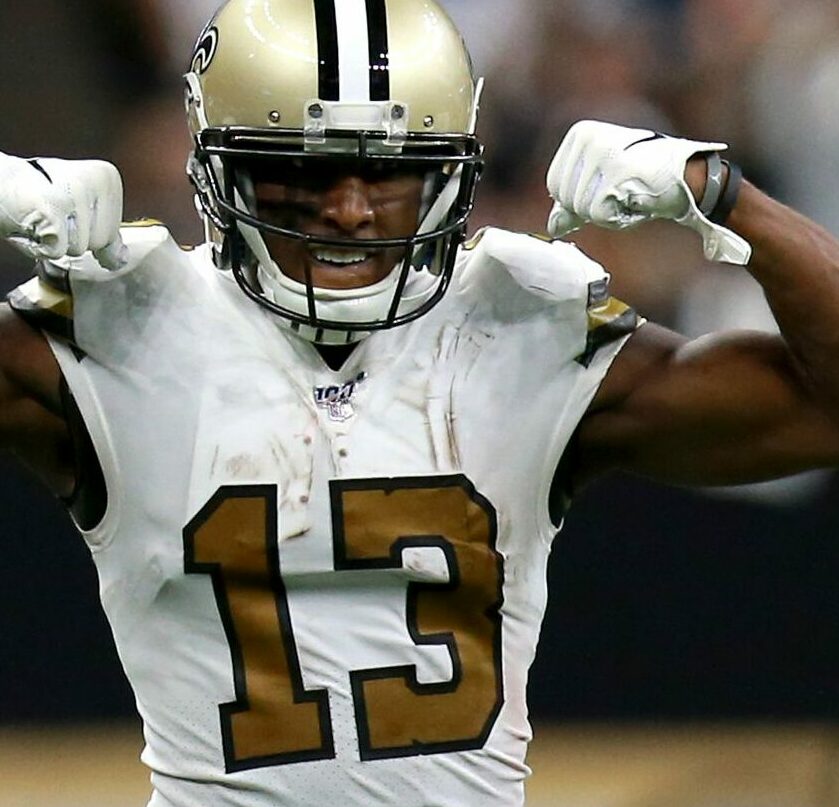 Michael Thomas has been known as one of the leagues elite WRs over the past few years. After suffering an injury in 2020, his value in fantasy drafts has plummeted. Despite being in the prime of his career at 28 and being the clear WR1 on a high level offense, his ADP has fallen all the way into the mid 3rd round of drafts. He was a mid 1st round pick last year, now he’s going 2 full rounds later. We need to figure out why, and how because of it, Thomas is one of my favourite assets to acquire. 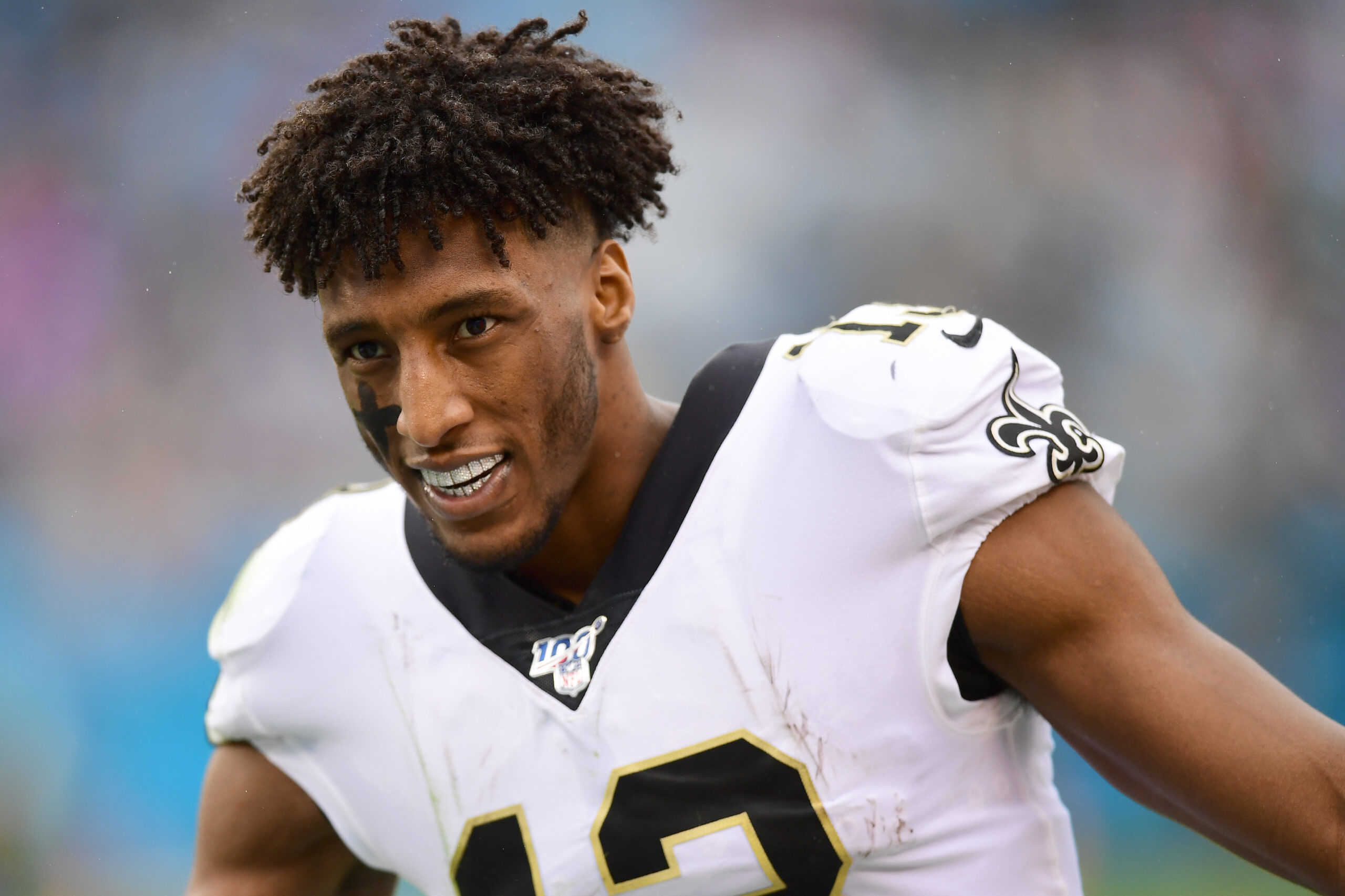 Obviously the biggest thing we need to address is the QB dilemma going on in New Orleans right now. With the retirement of Brees, the Saints have yet to decide between Jameis Winston and Taysom Hill as the starter. I think either way, Thomas will be a great pick in the 3rd round this season. Just take a look at his career stats with and without Brees: 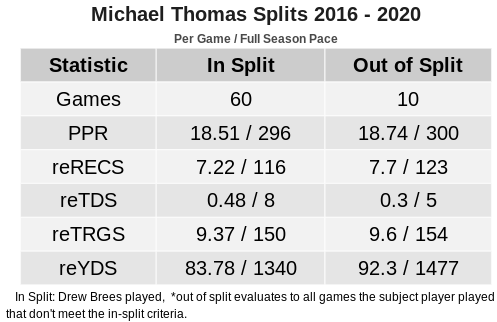 He’s been just as good without Brees as he’s been with him. Its only 10 games, but I think that’s a big enough sample size to see he’s an elite WR. I will say, Thomas definitely has a lot more upside with Jameis under center vs Hill. That doesn’t mean he wouldn’t return great value with Hill though. Thomas played 4 of 7 games last season with Hill under center, and they ended up being his best. 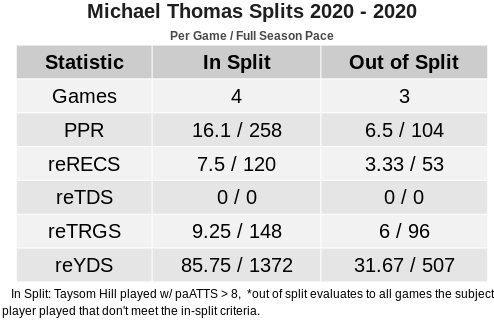 Despite the injured ankle plaguing him throughout 2020, he was a very consistent receiver. He averaged 16.1 PPR points per game and getting at least 8 receptions in 3 out of the 4 games. So the volume with Hill at QB isn’t an issue for me, the only negative would come from the touchdowns. The Saints obviously look to run the ball a lot more in the redzone with Taysom. Having the duel threat of him and Kamara creates chaos for opposing defenses. However, because he’s going to be peppered with targets, his floor is as solid as it comes. His real ceiling, and potential to return to at least close to what he did in 2019, will be if Jameis Winston starts at QB. 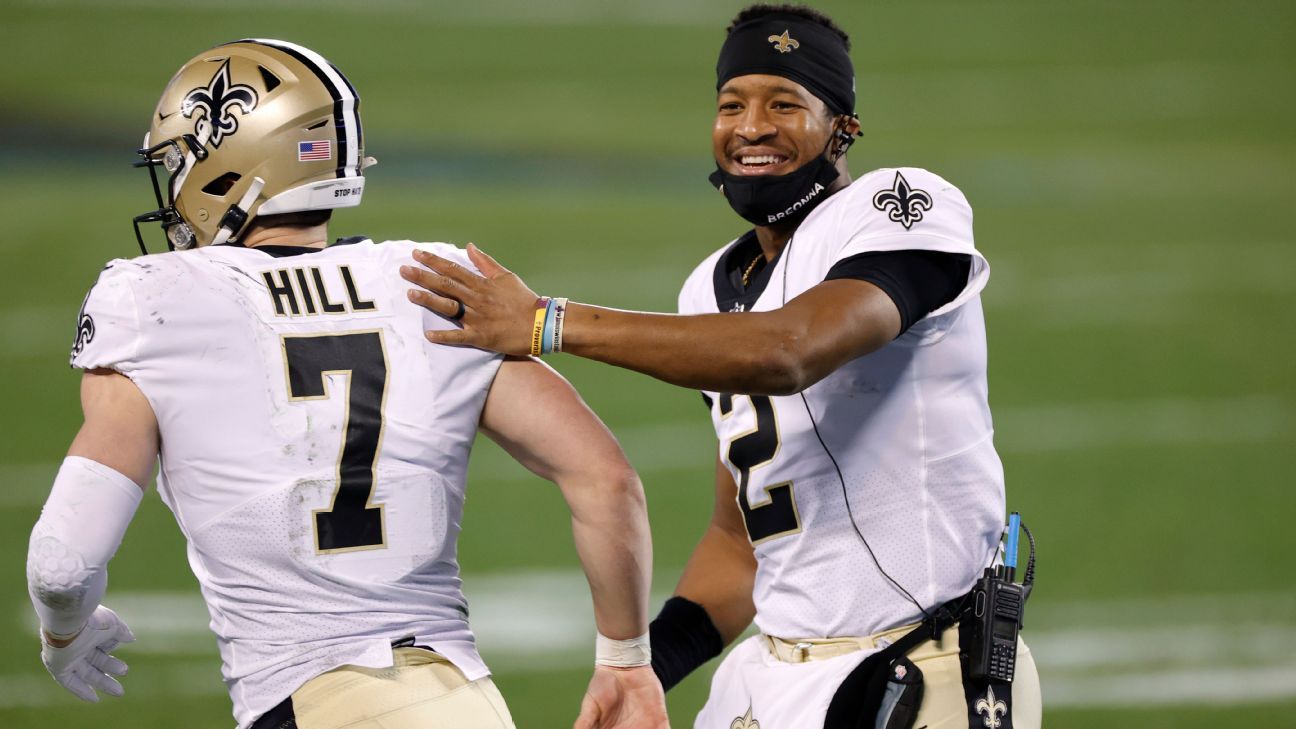 We saw the effect Winston had on his WRs in 2019, as he went for his infamous 30 and 30. An absolute headache in real life, but great news for fantasy managers. Both Mike Evans and Chris Godwin went off, as Godwin averaged 19.7 PPR points per game and Evans averaged 17.9 points per game. Finishing as the WR2 and WR5 respectively in points per game. So we know for sure that Winston has the ability to help bring MT back into the elite wide receiver tier.

How talented is he?

Michael ‘Slant boy’ Thomas isn’t considered to be a top 5 WR talent amongst most people, but I think he deserves to at least be in the conversation. The number one job for a wide receiver will always be to catch the ball. To me, there’s no one better than Thomas at doing so. MT had the 3rd highest true catch rate in 2019 at 94.9% (true catch rate eliminates uncatchable targets), while also leading the league in both targets (186) and receptions (149). 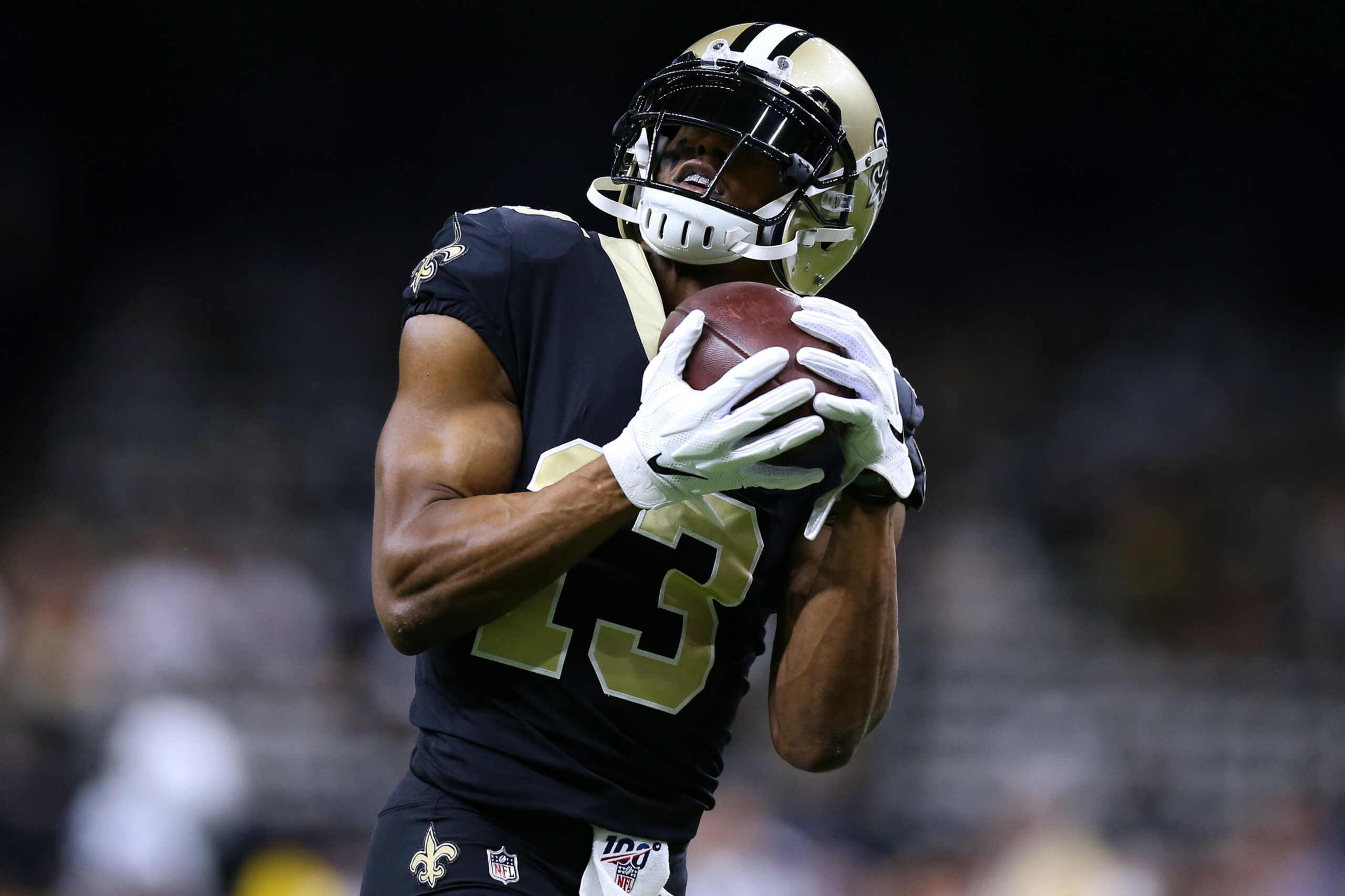 In 2020 it got even better, as his true catch rate went up to 97.6%. That was the 2nd highest rate in the league. So he’s being targeted at a very high rate and he catches the ball at an extremely high rate. Yet he’s still being taken behind Justin Jefferson, DK Metcalf and AJ Brown in drafts right now. I get that those guys are young and have a lot of hype around them. Just don’t forget who Michael Thomas is!

There’s no one else

Something not enough people are talking about is all the departures in the Saints offense at receiver and tight end this offseason. Emmanuel Sanders and Jared Cook are both gone, which opens up 142 targets in that offense. I’m not saying Thomas will take those targets and get some ridiculous 200+ number, but to me it ensures he continues to get that elite level target share in 2021. Just take a look at Thomas’ points per game where he gets at least 7 targets: 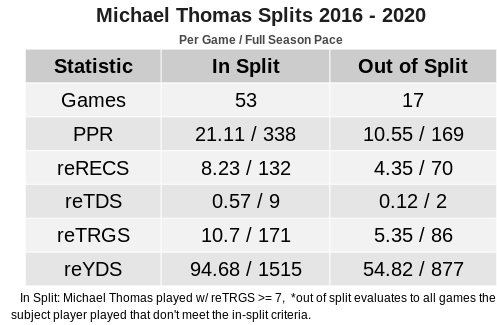 These departures ensure Thomas gets at least a 30% target share this season. That might sound high, but I’ll just list the guys behind him in the depth chart right now: Tre’Quan Smith, Marquez Callaway, Deonte Harris and Lil’Jordan Humphrey. None of them are stopping Thomas from doing his thing.

I talk about how much I love Michael Thomas as a bounce back candidate in this video as well you should check out: