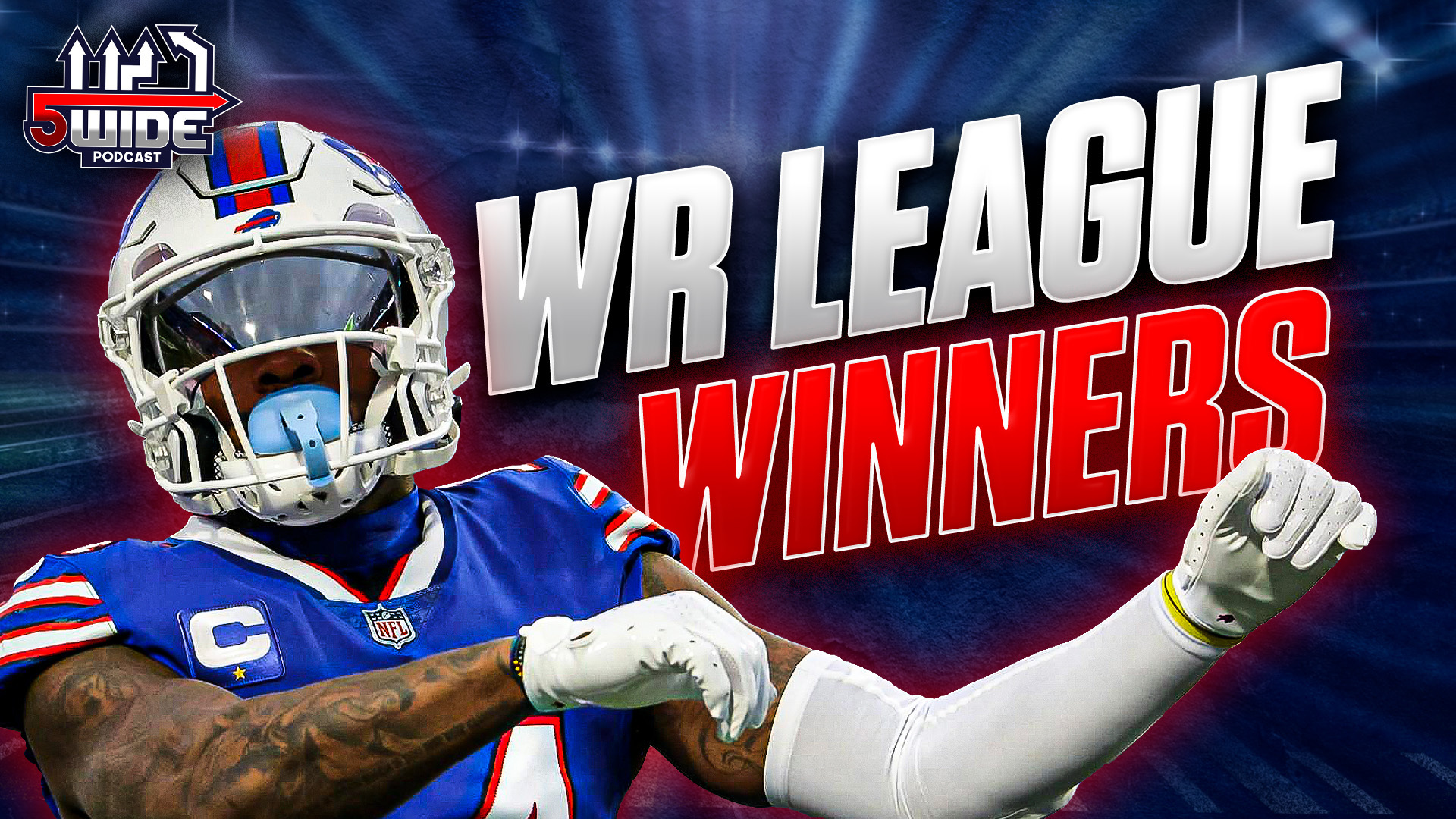 The early rounds of fantasy football drafts contain players who pair elite levels of talent with elite opportunity share. Identifying which of those players will end up combining both of those two factors the best is what will win or lose your fantasy football leagues. We’ll get into a few league winning wide receivers throughout this article.

Over the past three seasons, a different receiver has finished as the WR1 in each. In 2019, Michael Thomas finished as the WR1 by almost a 100-point margin. He set the NFL record that season in targets (185) and receptions (149) while also amassing 1,725 receiving yards. Davante Adams held the title of WR1 in 2020 after combining 115 receptions with 1,374 yards and a ridiculous 18 touchdowns. The most recent guy to finish as the WR1, Cooper Kupp, did it in outstanding fashion totaling 191 targets for 145 receptions, 1947 yards, and 16 touchdowns, thus claiming the receiving triple crown.

Therefore, there are two clear paths to being a WR1 which are either being a reception monster like Michael Thomas, being a beast in the red zone like Davante Adams, or just doing both like Cooper Kupp. Now let’s look at who those players could be in 2022 and why they have the chance to win you your fantasy football leagues next season. I selected two players who are being drafted very highly but could still provide excellent value at their current ADP.

Mike Evans is one of my favorite players in fantasy football this season, and I have talked about him many times before. He is the only major mainstay from this Bucs WR core from last season, that will be healthy in week one. Obviously, Godwin is back as well, but he suffered a torn ACL in week 15 of last season and isn’t expected to be healthy for the start of this season. Additionally, both Antonio Brown and Rob Gronkowski departed in the offseason, for very different reasons. These two guys combined for 151 targets, 97 receptions, 1347 yards, and 10 touchdowns last season. Who did the Bucs acquire in the offseason to try and replace these guys?

Firstly, an aging Julio Jones, who had the worst season of his career last year finishing with 31 receptions, 434 yards, and just one touchdown. They also signed Russell Gage from the Atlanta Falcons who will be the fourth wide receiver in this rotation when everyone is healthy.

The Buccaneers and Tom Brady led the NFL last season in both passing attempts and passing yards, by quite a wide margin. I don’t expect that to change in 2022. The only thing expected to change is the wide receivers Brady is throwing to, outside of the mainstay Mike Evans. Evans has been one of the more consistent receivers in the NFL since entering the league in 2014. He has gone over 1000 receiving yards in all of his eight NFL seasons and averages 9.4 TDs a season for his career. Furthermore, in the past two seasons, he has totaled 27 receiving touchdowns and established himself as a true TD monster. If I was betting on someone to lead the NFL in receiving TDs next season it would be Mike Evans by a landslide, as I think he will drastically outperform his WR9 ADP.

Stefon Diggs is one of my favorite players for fantasy football this season. He is ranked as our WR3 in our consensus wide receiver rankings. He finished last season as the WR7 but was the WR3 in 2020. Diggs averaged 16.8 fantasy points per game last season on 9.65 targets a game. The former Maryland Terrapin ranked in the top eight last season in targets (164), receptions (103), receiving yards (1,225), and touchdowns (10).

Diggs also happens to be a part of one of the NFL’s best offenses, led by Pro Bowl quarterback Josh Allen, who is currently the favorite to win NFL MVP with +700 odds ON Caesars Sportsbook. Allen is truly a one-of-a-kind quarterback, who has improved every season since he entered the league. Now entering his fifth NFL season, Allen has complete control of this offense and projects to throw for around 5000 yards and 40 touchdowns next season. And who is going to benefit from more targets, yards, and TDs being up for grabs in this offense? That would be Alpha-dog receiver, Stefon Diggs who is currently being drafted as the WR6 in PPR formats. Beyond the obvious, Cooper Kupp and Justin Jefferson, I am taking Diggs above any other receiver in drafts this season, as I think he could finish as the overall WR1.