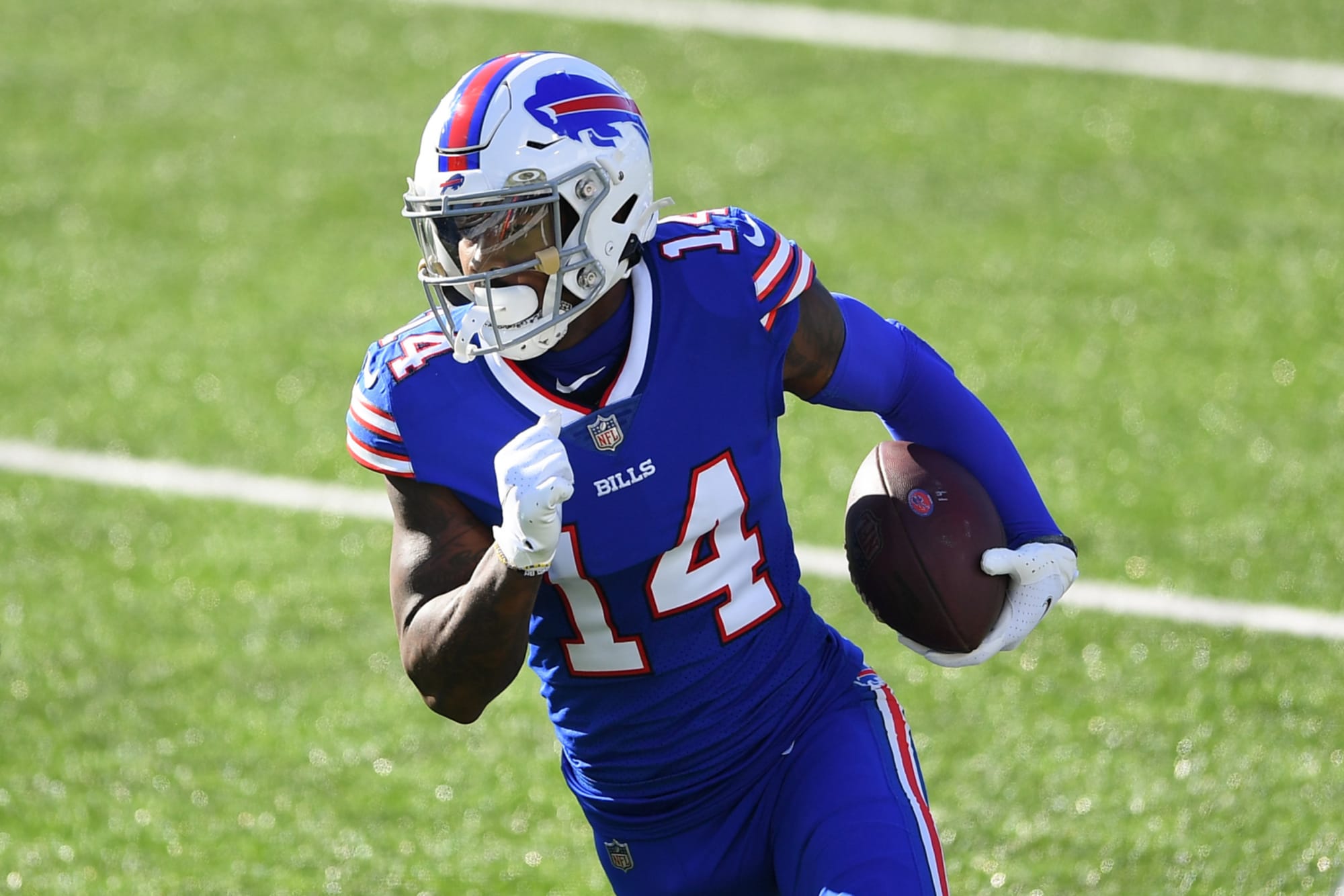 Over the next month or so, I’m going to go team by team, analyzing the fantasy football outlook of all relevant players. First off, it’s the Buffalo Bills.

Josh Allen was easily the most improved QB last season. He went from a guy some weren’t even sure was the future of the Bills, to one of the leagues best quarterbacks. He has nearly doubled his passing touchdown number every year, going from 10 in his rookie season, to 20, then finally 37 last season. That means he’s due for 75-80 next year right? I love Allen moving forward, and he’s currently my dynasty QB2 and redraft QB3. His improvement is something we’ve never seen before in the NFL, and I even tweeted about it a couple months ago: 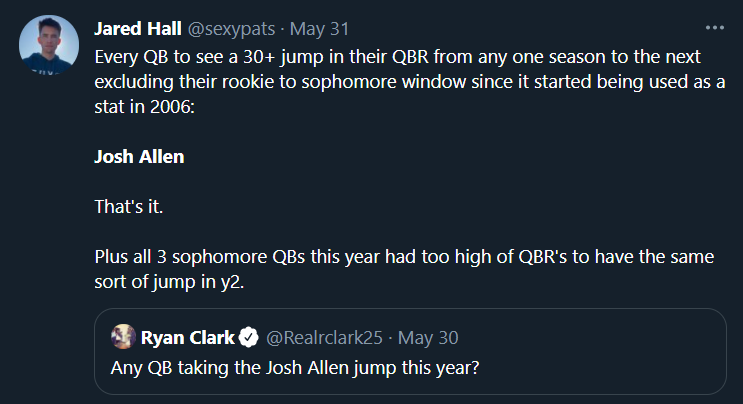 He’s the real deal, now going into his 2nd season with Diggs, getting that playoff win the fan base has been waiting so long for, he’s ready for an even better year in 2021.

Both Devin Singletary and Zack Moss were unable to produce very consistently in 2020, and to be honest, I don’t see that changing very much this year. We probably won’t see either one fully emerge as the lead back in this offense. Josh Allen will always be a threat to run the ball himself which will limit dump off passes, plus he’s going to be the primary goal line rusher. Allen has had at least 8 rushing TDs every year, while Moss and Singletary combined for only 6 last year. 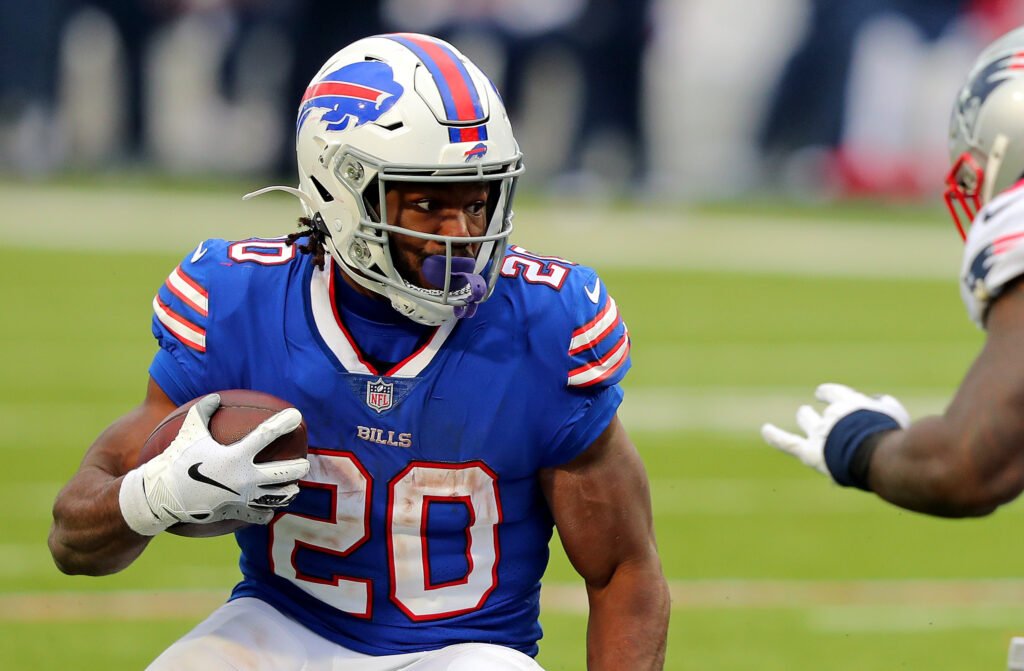 There’s probably a higher chance we see Moss as the in the trenches guy, while Singletary is the receiving back, but I just don’t see either role returning very much value. This offense just doesn’t prioritize running the ball. With Allen behind center, this offense thrives through the air, or with the ball in his hands. I see potential for Moss to be a decent flex option, but he’s being drafted up at RB35 which is a little too high for me.

Stefon Diggs is the clear 1 in this offense and one of the best WRs in the league. I talked about him in this recent video where I ranked him as my number 1 WR for 2021:

I think we could see an even better year out of Diggs this year after thriving in his first year as a Bill. He has such a high floor week to week as he’ll catch at least 7-8 passes a game. We know he’ll be top 3 in receptions and yards, all he needs to become the WR1 in fantasy this year is to see an increase in the TDs. I wouldn’t be surprised to see him improve on his 8 last year, especially because he had 16 red zone receptions, which was the 4th highest mark last season, only having less than Davante Adams, Darren Waller and Adam Theilen. If he hits that double digit mark in TDs, WR1 is entirely possible. 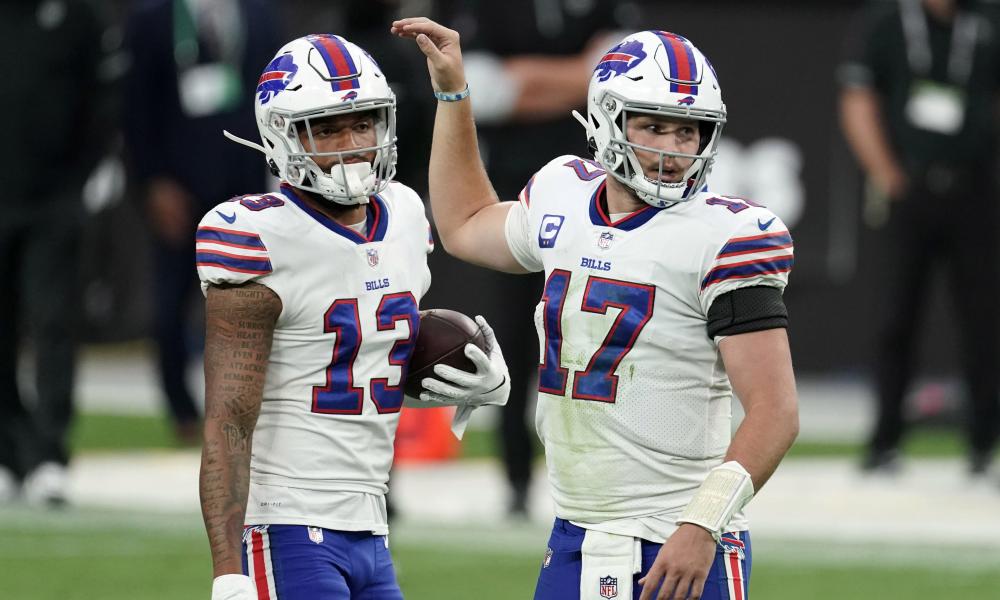 Beyond Diggs, we have Gabriel Davis, Cole Beasley and the new acquisition of Emmanuel Sanders. Who knows what’s going to happen with Beasley, he’s been threatening retirement, but if he plays he’ll be strictly a floor play week to week from the slot. As for Davis, I think we’ll see an expanded role for him, but Sanders coming in definitely limits his upside.

Assuming this offense is just as good in 2021, there has to be volume to go around past Diggs. My worry is that it will be split pretty evenly amongst Sanders, Davis and Beasley. If Beasley doesn’t play, I think Davis becomes a much better flex option, but until then I’d temper expectations on any consistent production. Each of those guys will have their weeks, but it could be tough to predict who week to week.

It’s been a while since we’ve seen a fantasy relevant tight end in Buffalo, and unfortunately I don’t expect that to change. Dawson Knox was a potential breakout candidate last season, but it never happened. He finished the year with a 24/288/3 stat line and clearly not a guy Josh Allen looked to target consistently. I’d be shocked to see him or any other tight ends in the offense really break out, simply just because they have so much talent at wide receiver and that’s who Allen likes to target. I’m likely not going to draft Knox anywhere.

Next team up – Miami Dolphins