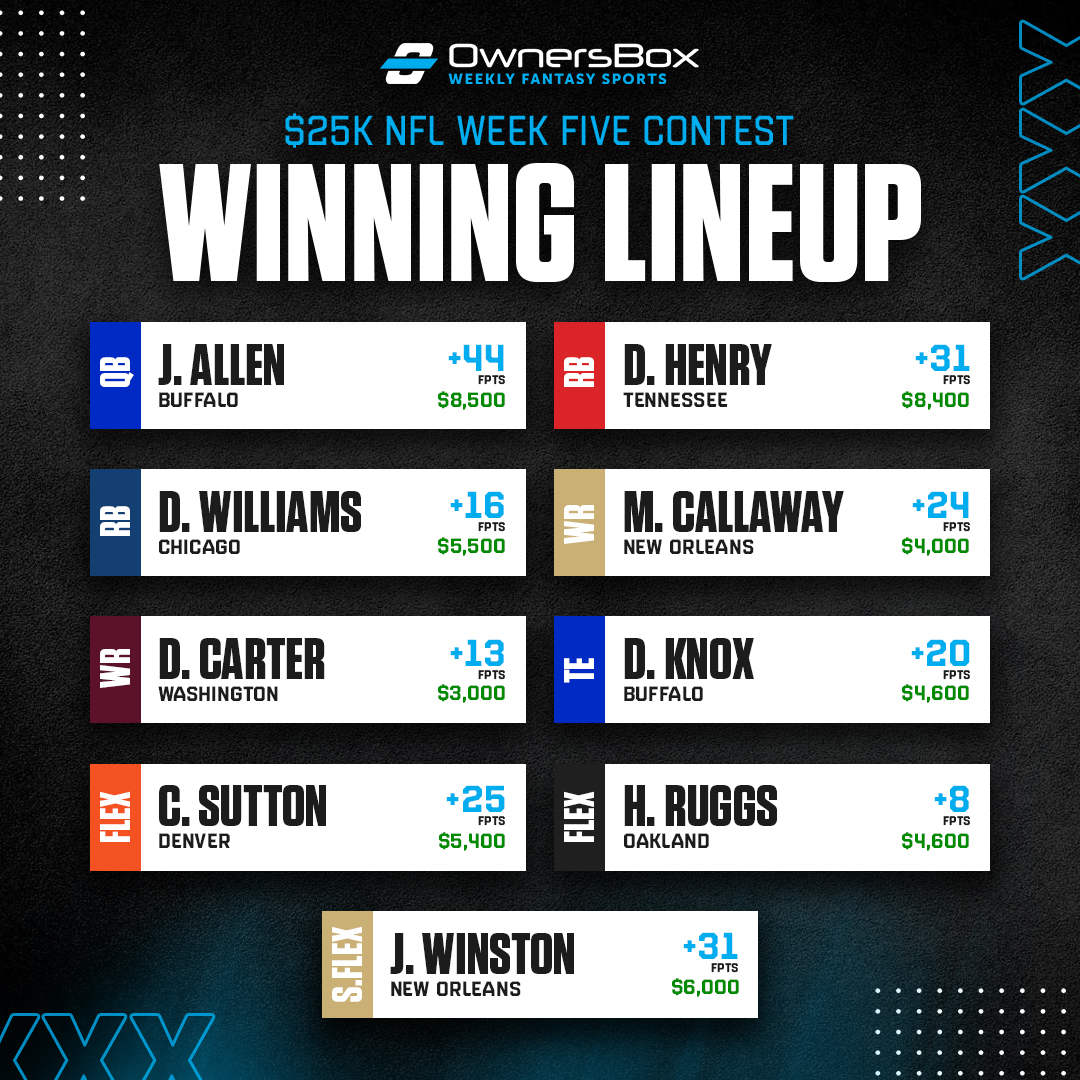 Here is the lineup that won the $4,000 grand prize in the OwnersBox $25k NFL Week 5 SuperFlex Salary Cap Contest. The winning lineup scored 212 fantasy points and this article will discuss the strategy that led the lineup to victory. 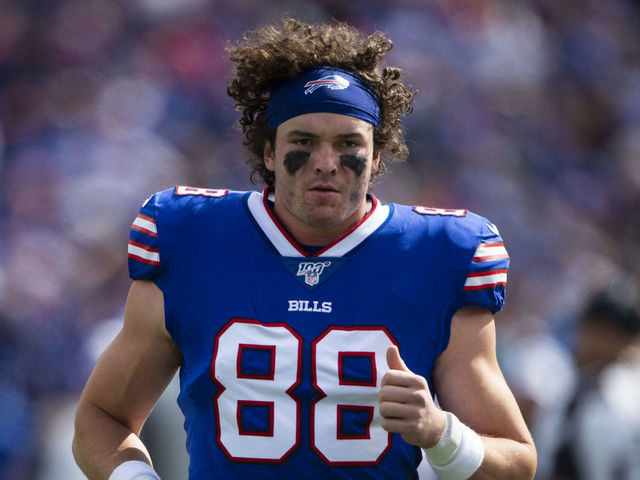 Once again, the grand prize winning lineup featured multiple same-offense stacks of Quarterback/Receiver. Week 5’s winning lineup included the Buffalo Bills’ stack of Josh Allen/Dawson Knox and the New Orleans’ Saints stack of Jameis Winston/Marquez Callaway. These stacks were able to capitalize on weak pass defences of the Chiefs and Football Team respectively, as the stacks combined for 109 fantasy points, anchoring this lineup.

If you ain’t first, your last.
– Ricky Bobby

Stacking and success seem to be directly correlated as stacking is causing lineups to vault to the top of contest leaderboards. Make sure to stack for your Week 6 lineups on OwnersBox! 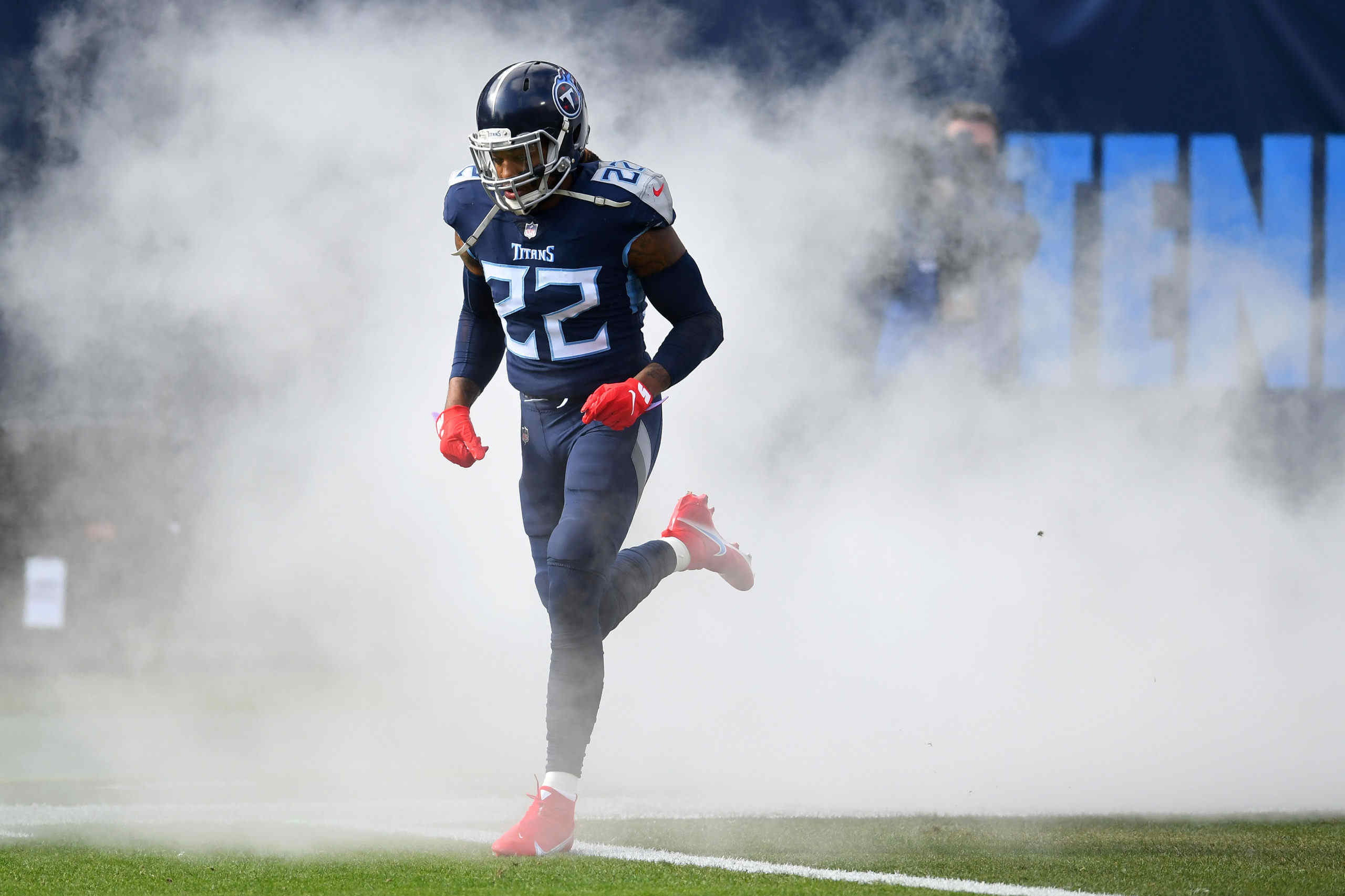 The winning lineup featured a high-salary running back (Derrick Henry) in a plum matchup, and mid-value option (Damien Williams) who is filling in for an injured starter with a high expected volume and soft defensive matchup. This strategy worked to success as Henry hit to the tune of 31 fantasy points and Damien Williams delivered 16 points for the winning lineup. It is essential to check matchups and defense rankings when selecting running backs and to only pay up in salary when a top running back has an incredible matchup, i.e. Derrick Henry vs. the Jacksonville Jaguars. 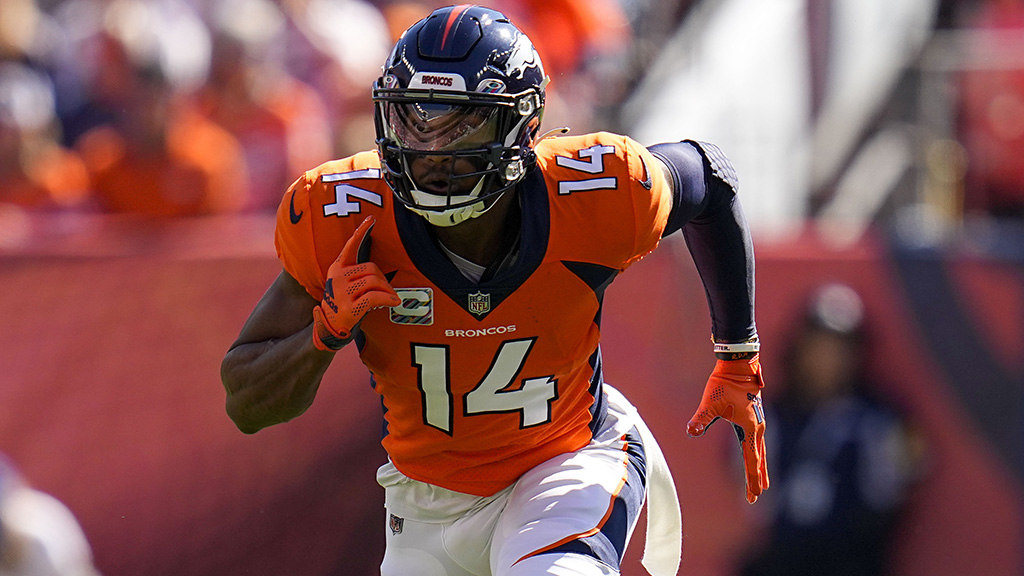 Outside the quarterback/ receiver stacks and running backs, this winning lineup was supplemented with three low-mid value wide receivers in Courtland Sutton, Henry Ruggs III, and DeAndre Carter. Sutton was able to overcome a low-scoring game and tough matchup to deliver 7 catches for 120 yards and a touchdown for 25 fantasy points. While it is essential to select players based on the quality and ease of the matchup, sometimes taking a player with a perceived difficult matchup can pan out as the player will be low roster ship percentage, giving your lineup and edge if the player ‘hits’. DeAndre Carter turned a minimum salary into 13 fantasy points while getting the start for the Football Team at wide receiver with Samuel injured. Carter ran 73% of routes for Washington and was able to capitalize on the big opportunity at the minimum salary. Maximizing fantasy-points-scored per salary-cap-dollar is essential to success in OwnersBox contests.