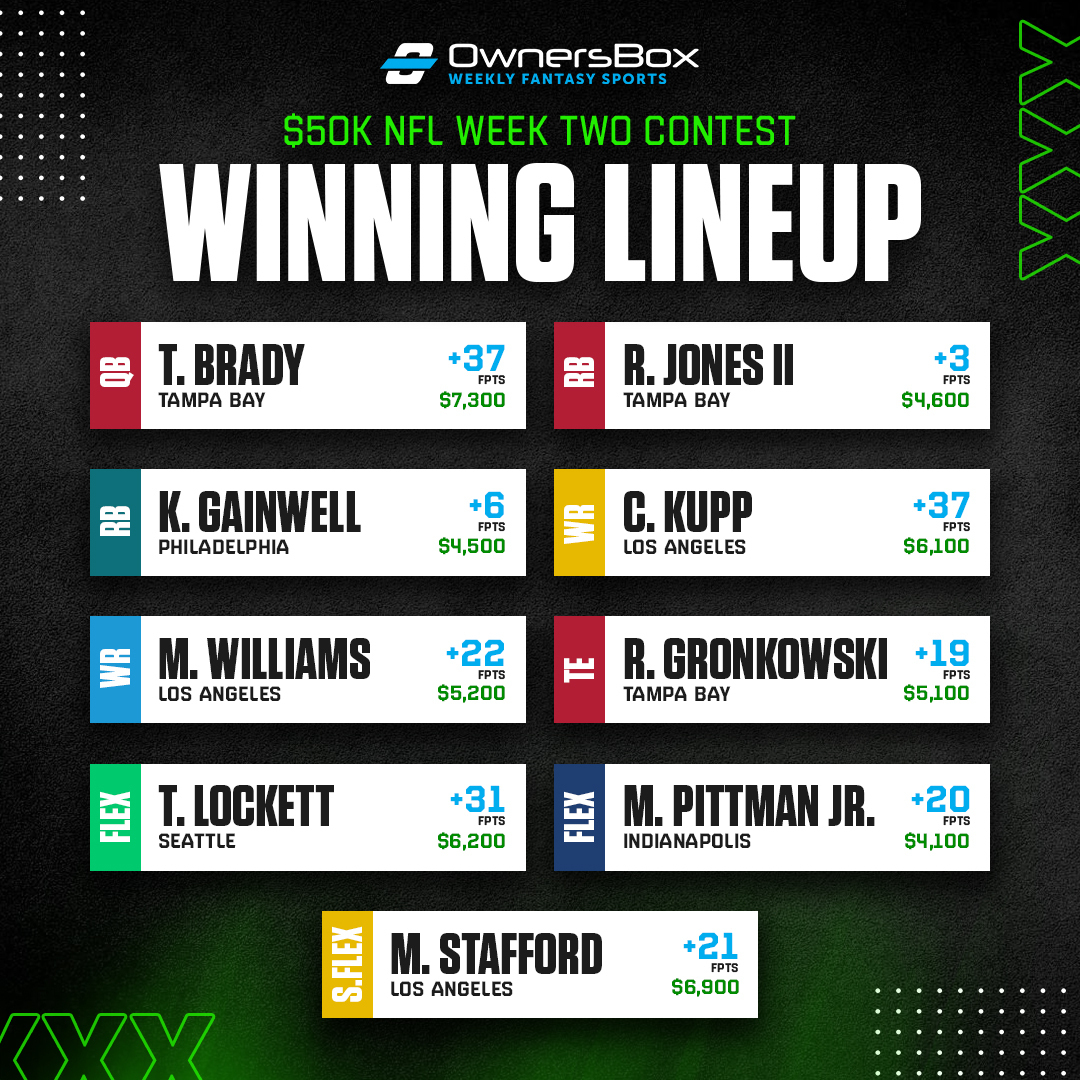 Here is the lineup that won the $10,000 grand prize in the $50k SuperFlex Salary Cap Contest! 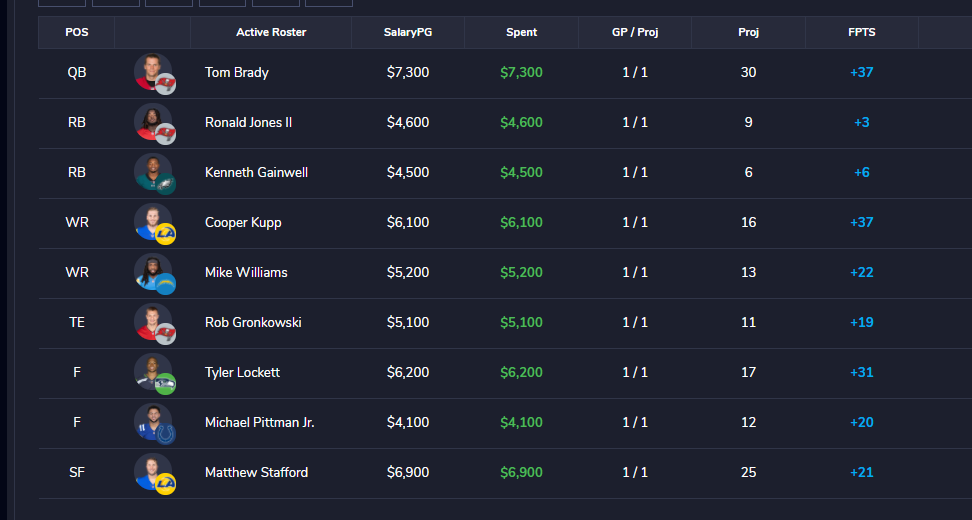 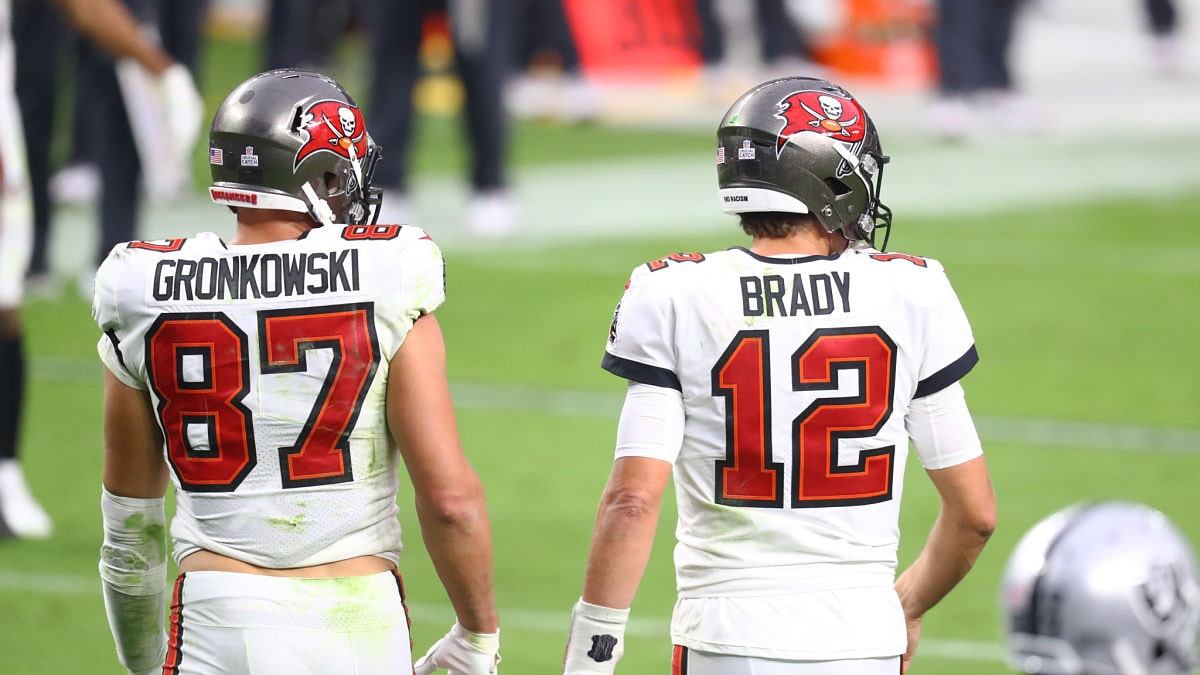 It is a timeless connection between Tom Brady and Rob Gronkowski as we saw the pair add their 102nd and 103rd touchdown connections on Sunday against the Atlanta Falcons. Stacking is a tried and true path to DFS success, and stacking Tom Brady with Rob Gronkowski led to success for this lineup; and it was only a combined salary spend of $12,400 as Brady and Gronk were somewhat underpriced. While the three star Buccaneers wide receivers will rotate having great games, it seems Gronk will be a consistent red zone target for Brady, and therefore a solid value play in OwnersBox salary cap contests at tight end. 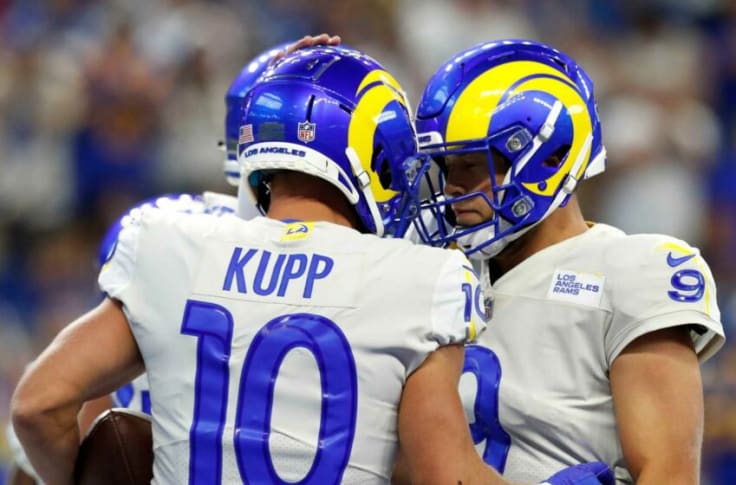 While many predicted this Rams/Colts game to be a low-scoring defense-oriented affair, the game turned out to have a lot of fantasy value, and the contest winning lineup was able to capitalize on the relatively low roster ship of Rams and Colts players to differentiate their lineup with low-owned top scoring options.

I wish we knew before the season started that Stafford and Kupp have breakfast together every day… but at least now we know now and we can capitalize on the pair’s quickly developing chemistry in OwnersBox contests just as the $10,000 winner did in Week 2. I think its clear that Cooper Kupp is the wide receiver to start for the LAR and the contest winner was on this trend a week ahead of the public.

A great strategy in salary cap contests is to select a player that is playing directly against your stack in order to maximize on the potential of a high-scoring game; this strategy worked with starting Michael Pittman to pair with the Rams’ stack as Michael Pittman scored 20 points as the Colts threw the ball to keep pace with the Rams. Gaining 78 points from these three players was at the core of the win for this lineup.

Strategic Punts at Running Back 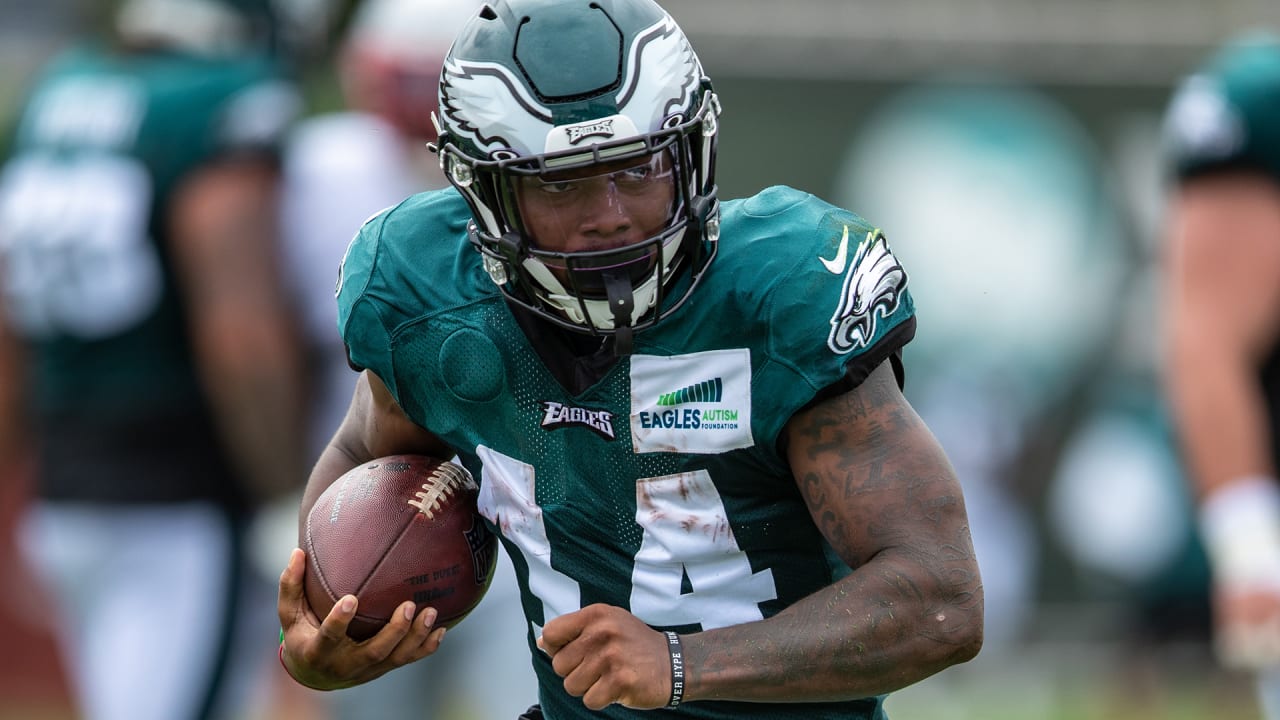 So Derrick Henry was the top scoring player at 47 points/game in OwnersBox contests – but the winning lineup didn’t have Derrick Henry? That’s right. It seems punting at running back and paying up for QB/WR stacks is the path to success. This lineup missed at running back with only 9 total combined points from Ronald Jones and Kenny Gainwell; but overall this shows that RBs under $5,000 that see the field and have a chance at a touchdown are an efficient spend of salary and give your team the highest upside. Running back is the most unpredictable position so finding low-cost values is the way to go.

Playing the Matchups at Wide Receiver 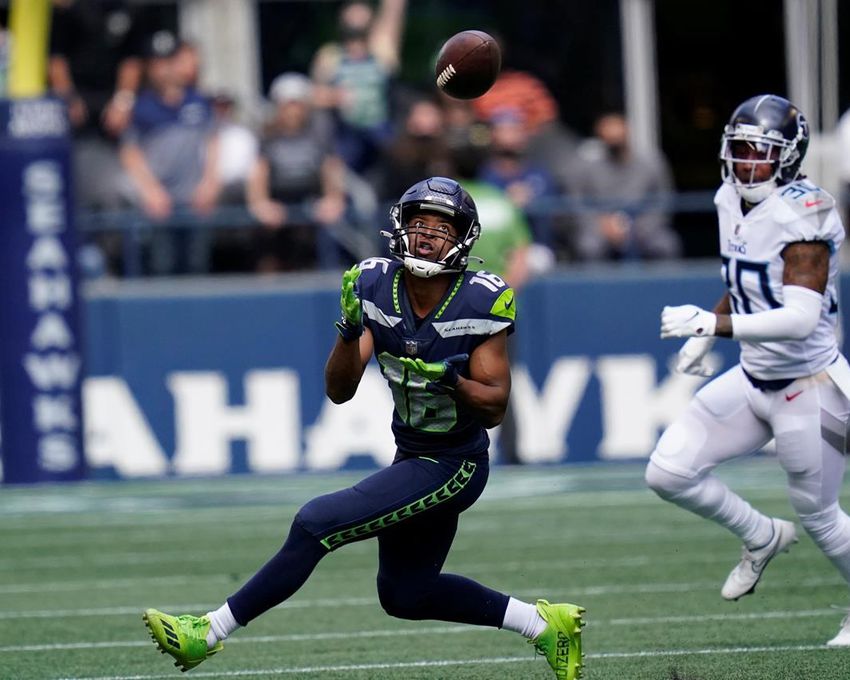