I never like to look at strength of schedule at the start of the season, because there’s so many offseason changes, you can’t use the previous years team to determine the strength of a defense. Take the Football Team for example, before the season started, everyone would’ve thought they’d be a tough matchup for offenses, but it’s been the complete opposite so far this season. Now that we’re 5 weeks in to the 2021 season, we have a large enough sample size of teams current defenses to give a more accurate remaining strength of schedule. So let’s see which players have the best upcoming strength of schedules around the league.

The best remaining strength of schedules for quarterbacks comes from one of the best fantasy QBs, Kyler Murray. His only tough matchups come against the Panthers and the Bears in week 13 (while coming off a bye) and he’s got a playoff schedule against the Lions, Colts and Cowboys. This Cardinals offense has been incredible to start the season and based on this schedule, I see no sign of it slowing down. He’s dealing with a bit of a shoulder injury right now which could limit him. If he has a couple bad games, look to trade for him before the deadline.

Brady is leading the league in passing yards and passing touchdowns through 5 weeks of the season, but he’s also got the hardest remaining strength of schedule among QBs. With the Bears and Saints next up on the schedule, and his final 4 weeks coming against the Bills, Saints, Panthers and Jets. The question is, does that matter? This Buccaneers offense is so good, I’m not sure who (besides Bill Belichick) can stop them. However, it’s still something to keep in mind if you want to sell Brady now while he’s likely at his highest value.

We don’t know which of the two will be the guy down the stretch, but whoever it is gets a beautiful rest of season schedule. After matchups against the Bears and Cardinals in weeks 8 and 9, the 49ers get: Rams, Jaguars, Vikings, Seahawks, Bengals, Falcons, Titans, Texans over the last 8 weeks of the fantasy season. That’s a beautiful schedule with no difficult matchups. The only issue comes from not knowing which guy will actually play down the stretch. Lance has far more fantasy value due to his rushing upside, so make sure you roster him in 1QB leagues just in case he gets the call.

Best and Worst Running Back Strength of Schedules 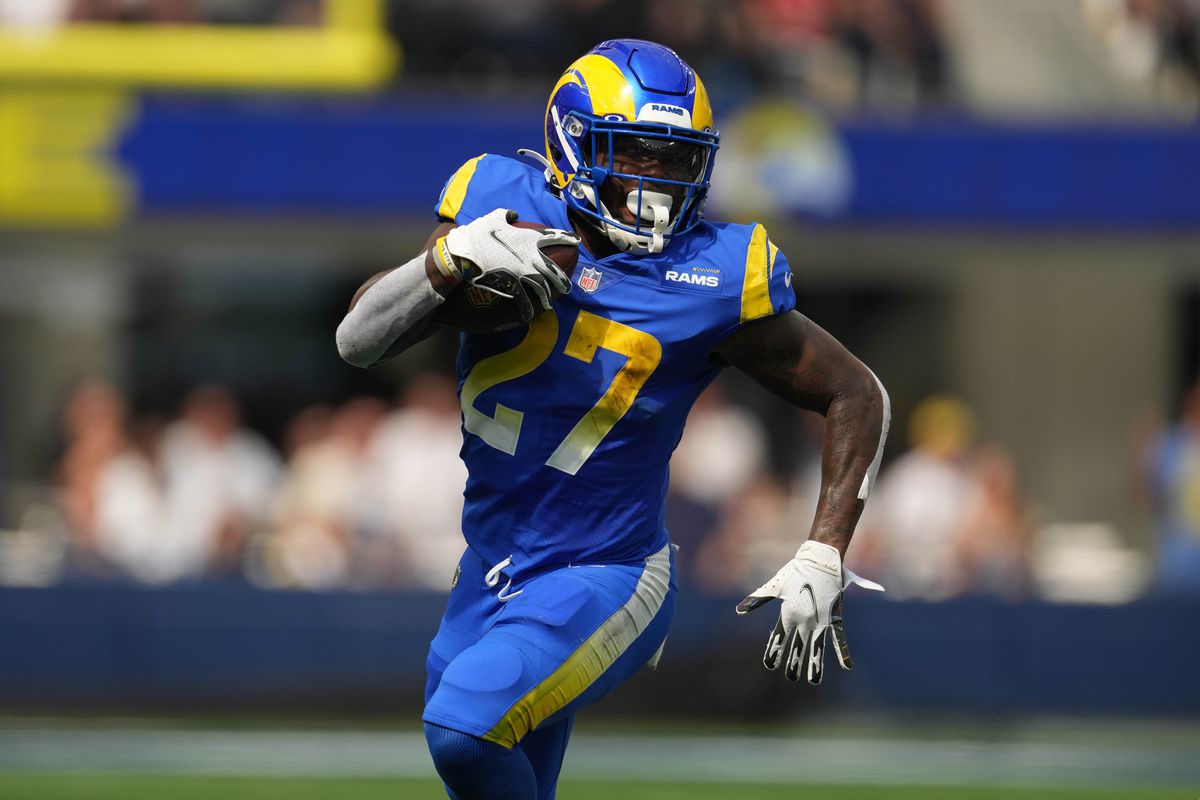 The Rams have the easiest remaining schedule for running backs, great news for Darrell Henderson. The only 2 semi difficult matchups come against the 49ers and Cardinals in weeks 10 and 14, otherwise they get a plus matchup every other week. Henderson has been as consistent as they come at the running back position, so he’s someone I’m definitely going to be looking to trade for in fantasy. The only worry with Henderson is his ability to stay healthy. He’s already missed a game and has been a little banged up to start the year.

Montgomery will be out for some time still, maybe until their week 10 bye, but following the bye, their schedule is cake. From week 11 on, the Bears play: the Ravens, Lions, Cardinals, Packers, Vikings, Seahawks and Giants. Just like last season, I wouldn’t be surprised to see D Mont go on a tear to finish the year, making him one of my favourite buy low’s right now. Whoever has him in your leagues, might be willing to sell for cheap if they’re impatient about the injury, go field some offers and see if you can get him for cheap.

This man has been dominant the past 3 weeks, clearly establishing himself as the lead back in Tampa. People might finally be fully buying in to his production, but if you look at the schedule, I would stay away. The Bucs schedule the rest of the way is brutal, particularly on the ground. Their final 10 fantasy opponents are: the Bears, Saints, Football Team, Giants, Colts, Falcons, Bills, Saints, Panthers and Jets.

That’s a lot of tough defenses to run on, with the only easy matchups being the Giants and Falcons. The Football Team and Jets defenses are really bad against the pass but much better against the run, so I wouldn’t even classify them as great matchups for Fournette. Now’s the time you’ll be able to get the most out of him, making it the perfect opportunity to sell high. 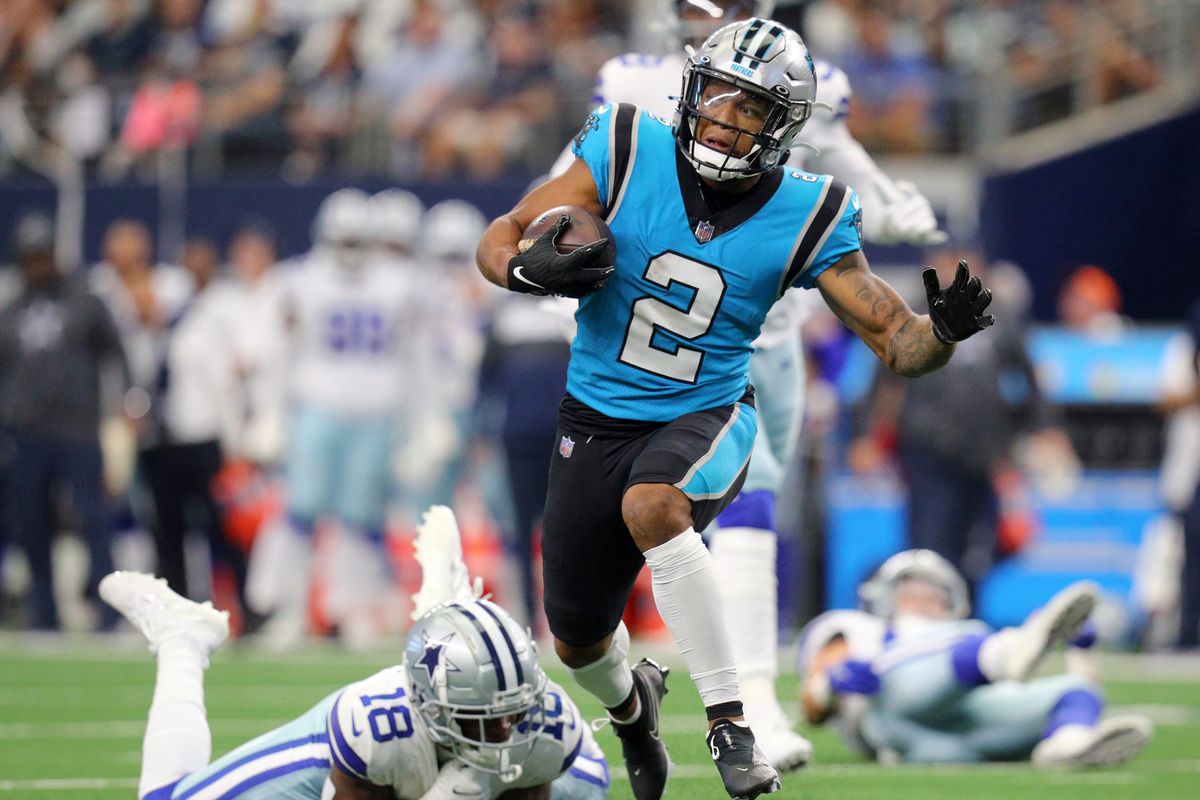 There aren’t any ridiculously easy schedules for wide receivers like there is for Henderson or Montgomery, but D.J. Moore and the Panthers pass catchers are pretty close. Of his remaining 11 games, only 3 are tough matchups, but the problem is 2 of them, the Bills and Saints come during the playoffs. So Moore is a great asset to get you in to the playoffs, but don’t be surprised if he disappoints once he gets there.

I was shocked by the complete change in the role Deebo played in this offense, but it’s been extremely beneficial for him from a fantasy perspective. He’s being used all over the field, and seems to be both Jimmy G’s and Trey Lance’s favourite target. The good news doesn’t stop there, his schedule from here on out is beautiful. There’s a few decently difficult matchups, but from week 13 through the end of the playoffs it’s absolute cake. He’s got: the Seahawks, Bengals, Falcons, Titans and Texans to close out the year. Deebo could easily end up being a league winner for many this season.

The rookie has had an incredible start to the season, but his schedule gets pretty tough the rest of the way. After taking on Detroit this week, he’s got a stretch of the Ravens, Jets, Browns, Raiders, Steelers, Chargers, 49ers, Broncos and Ravens. There’s no great matchups for him throughout that stretch. After putting up comparable numbers to some other great rookie seasons through 5 games with guys like Odell, Jefferson and Moss, his hype will be at an all time high. I don’t expect to see a big fall off from him or anything, but this schedule should limit his ceiling.