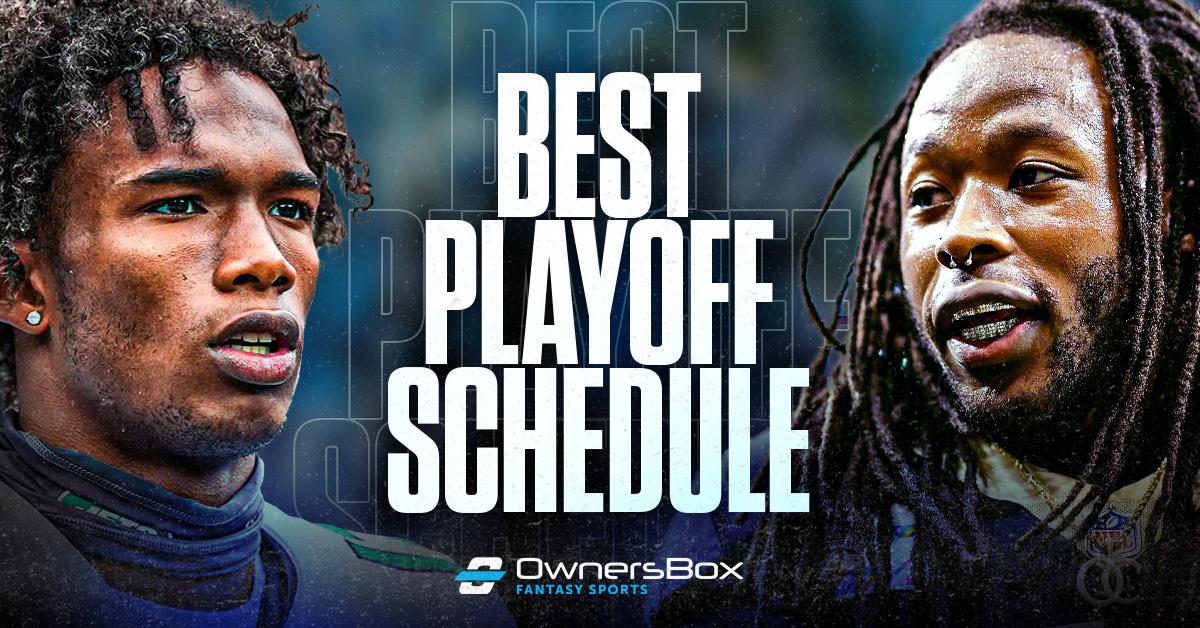 Your fantasy football season is decided in weeks 15-17. All you have to do is get to the dance, and everyone has a shot. So for those of you that are lucky enough to have a good record so far, you are afforded the opportunity to look ahead to the playoffs. We’ll take a look at the best playoff schedules at each position for the 2022 fantasy football season.

In order to find these ideal matchups, we’ll take into account both their opponents fantasy points allowed to each position and their opponents defensive DVOA rank against either the pass or run.

if you’ve got a surplus of quarterback talent, you may want to move them to add at another position. Or at the very least, add one of these guys if they’re available on the waiver wire. Patrick Mahomes goes against the vaunted Denver Broncos defense in the fantasy championship week. Joe Burrow plays the Tampa Bay Buccaneers and Buffalo Bills in week 15 and 17 respectively. You may not play for a championship if you start Kyler Murray, he plays the Buccaneers and Broncos in week 15 and 16.

It could be a scary proposition to have to start Davis Mills in a must-win matchup, but matchups are everything for fantasy production. Maybe you think Watson is too far removed from game action to return to form. Then perhaps look to move one of Mahomes, Burrow or Murray for Jackson as he has one of the best fantasy football playoff schedules.

Two of the best running backs in fantasy football also have the best fantasy football playoff schedule. You don’t typically tell people to buy high on players, but these guys will more than likely be worth every penny. Through 8 weeks of the NFL season, these two are tied for second in fantasy points per game at 20.8, that could be their floor in the fantasy playoffs.

You could look to acquire either of Michael Carter or James Robinson in the Jets backfield here, it’s still early to have a concrete idea of who will be the leader. Regardless, the Jets get the 30th, 25th and 27th ranked teams in fantasy points allowed to running backs.

Quarterback and wide receiver are naturally going to correlate, as we see with Brandin Cooks and Rashod Bateman. Lucky for fantasy managers, they can likely acquire these wide receivers with the best fantasy football playoff schedules on the cheap. All three of these players rank outside the top-30 WR’s in fantasy football.

Bateman is the biggest boom or bust option here, his last two weeks are against the 31st and 32nd ranked defenses in fantasy points allowed to wide receivers. The problem is, Bateman has been dealing with a foot injury all season and he’s expected to be out until at least week 11. This does mean you can get him from nearly nothing as his fantasy manager is likely struggling without him.

There are two teams you want your tight end to go against in fantasy football, the Arizona Cardinals and Seattle Seahawks. Both teams are giving up over 70 receiving yards per game to the position. Arizona is allowing 0.9 touchdowns per game as well.

With that in mind, if you aren’t able to acquire these players you could look to Cade Otton or Cameron Brate against Arizona in week 16 or Tyler Conklin in week 17 against Seattle.