Avoid These Early Round Wide Receivers in 2022 Fantasy Football 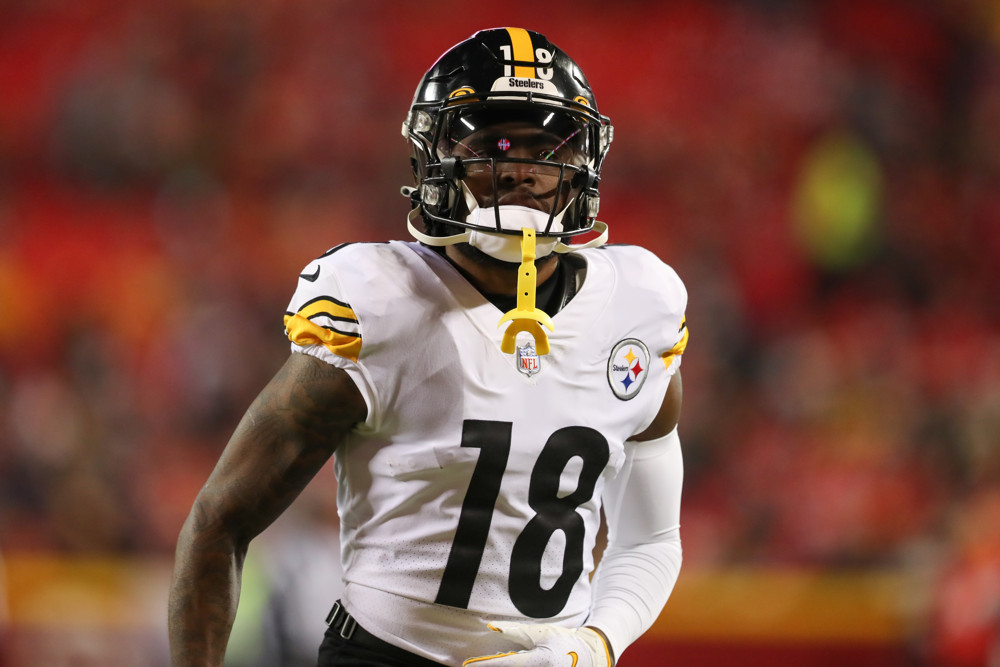 As the 2022 fantasy football season quickly approaches, I will highlight two guys who I am avoiding at all costs in my drafts this year. Avoiding guys in the early rounds who end up disappointing is a vital aspect of any fantasy draft, and I am here to help. Both of the early round wide receivers I have selected are being drafted in the top-15 at the position, but I have very serious doubts that either of them can even finish in the top 20 at the this 2022 NFL season.

AJ Brown has bust candidate written all over him. He is coming from a Titans offense in the AFC South that featured him as the alpha-dog WR1. Last season he boasted a ridiculous 32.9% target rate which ranked fourth in the NFL. Additionally, he had the third highest air yards share in the NFL at 40.8%. Despite this, he only averaged 13.9 fantasy points per game which was ranked 24th last year.

The former Ole Miss Rebel was traded on draft day this year for picks 18 and 101. He is joining an Eagles offense that is heavily run-focused and ranked last in the NFL in passing attempts last season. The Eagles, unlike the Titans, have other talented receiving options already on their roster. Devonta Smith and Dallas Goedert combined for 180 targets, 120 receptions, and 1,746 receiving yards last season. They have also spent a lot of draft capital at receiver and others such as Quez Watkins, Jalen Reagor, and Kenneth Gainwell all had over 30 receptions and 250 receiving yards last season.

Jalen Hurts is an emerging QB in the NFL, but there are questions about whether he has the passing skills to be able to sustain a top ten WR in fantasy football. Last season he threw for 3144 yards, 16 touchdowns, and 9 interceptions. When delving a little deeper you find that Hurts ranked outside the top 25 in true completion percentage (66.9%), true passer rating (65.5), accuracy rating (7.4), and catchable pass rate (74.3%).

There are many players being drafted around Brown that I would much rather have on my fantasy team. Brown is currently going as the WR10 at the beginning of round three and is sandwiched between Mike Evans and Keenan Allen. These are two guys who I would much prefer to A.J. Brown and Evans is even someone I consider a bust-proof wide receiver this season. Unless Jalen Hurts can take an unforeseen jump in his passing game I don’t see Brown finishing inside the top 15 WRs in fantasy.

Diontae Johnson was Ben Roethlisberger’s favorite target over the past two seasons, given the nature of Ben’s dink and dunk passing game. He was hyper-targeted whenever he played with Big Ben and in 29 games played with him, he has 296 targets. That would rank him fourth in the NFL last season in targets/game which coincidentally is exactly where Johnson finished. Now that Ben is gone though, the Steelers’ offense should see a drastic change come next season. Johnson has not been the most efficient receiver in the past and was ranked outside the top 75 WRs in the NFL in average target distance (8.2), yards per target (6.9), and yards per reception (10.9).

The Steelers QB situation next season is very interesting. From all reports out of training camp it is clear that former Bear, Mitch Trubinsky is expected to be the week one starter. Despite this, there are many people who expect rookie, Kenny Pickett, to take over the starting job at some point throughout the season. In my opinion, neither of these guys are great QBs, and I don’t think either of them will be able to sustain a top-15 fantasy wide receiver in this offense.

From Inside Training Camp: After a day at #Steelers, it’s clear QB Mitch Trubisky is the likely starter. But what happens next is most interesting. pic.twitter.com/babKCkmTPJ

The Steelers also have many other talented options at receiver. First and foremost, George Pickens, who has been the breakout star of training camp, and even Johnson himself said,  “He’s a freak. That’s a special talent.” People are talking about Pickens in training camp like he is playing like a true WR1, which he may end up being. Beyond Pickens, the Steelers also have Chase Claypool and Calvin Austin at receiver. Claypool has gone over 100 targets and 800 yards in both his NFL seasons and he is the clear WR3 and maybe even WR4 in this offense. At tight end, Pat Freiermuth stands out as a prime breakout candidate and put up 500 yards last season despite starting in only nine games. The NFL’s leader in RB targets (94) and receptions (74) last season was Najee Harris who was in his rookie season. Find where we have Johnson ranked in our new consensus wide receiver rankings.