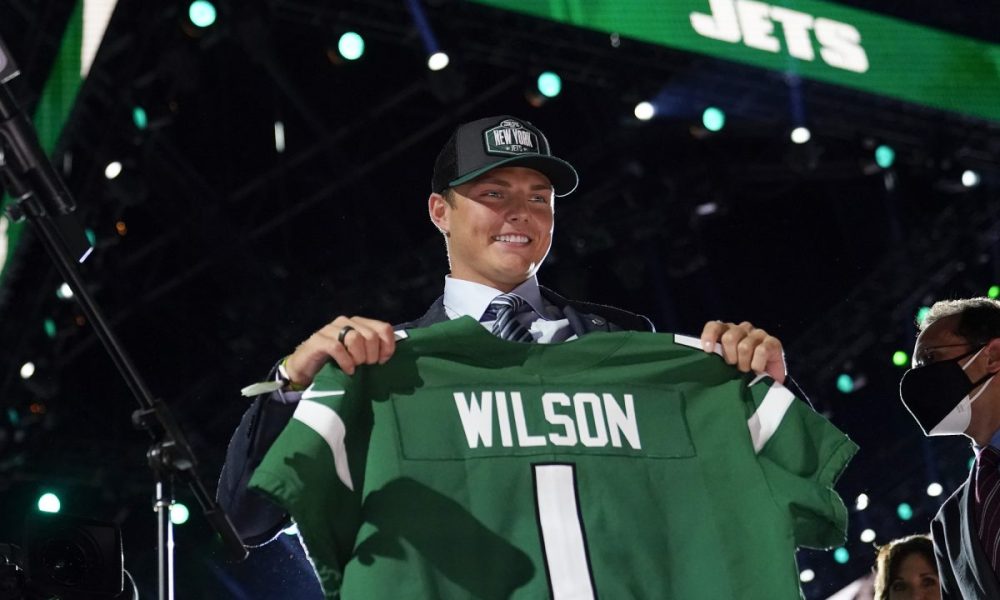 This morning I was scrolling through my Twitter timeline and I came across one of the more interesting takes I’ve seen from the NFL offseason. Nate Burleson, host of Good Morning Football on NFL Network, went on air and said the New York Jets are going to win double-digit games in 2021. Now, while I actually like the Jets to outperform their pace of last season, I think this is one of the hottest takes out of an “expert” I’ve seen.

Double digit wins for the Jets in 2021?@nateburleson calls his shot 👀 pic.twitter.com/itMbB72ljb

https://eps.ibarts.in/Can The New York Jets Turn It Around In 2021?

The New York Jets are in reboot mode after a horrible 2-14 season last year. To make matters worse, the Jets haven’t had a playoff appearance since 2010. After a decade of mediocrity, analysts and fans in New York have high expectations for the team this upcoming season. As seen in the video above, Nate Burleson said:

“I want more than just competing, I want these guys to have double-digit wins. Why are we saying just be competitive? Like the Jets are the NFL version of Rudy embodied in a football team. No! I don’t want them to take the field and just hope that they play okay. I feel like they have to put their expectations a lot higher than just being competitive. I say 10 wins is the expectation for Robert Salah’s Jets in 2021.”

While some of us, myself included, think this is almost impossible, Burleson compared the 2021 New York Jets to the 2020 Miami Dolphins to support his claim. In 2020, the Dolphins won 10 games which are 5 more than they won in 2019 (5 games). The Dolphins head coach Brian Flores, a defensive-minded coach, is similar in philosophy to Robert Salah. To draw an additional parallel, the Jets brought in lots of free agents to improve their roster like the Dolphins did after the 2019 season. The last argument Burleson made is that the Dolphins drafted Tua Tagovailoa top-5 in the 2020 draft while the Jets followed suit and drafted Zach Wilson top-5 in 2021.

Taking all this into account, it’s clear there are some similarities between the two squads. That said, I do not believe it is fair to assume the team will just all of a sudden win 10+ games this season. It’s clear that Robert Salah is going to come in and try to build a winning culture, but going from 2 wins to 10+ wins in one year doesn’t seem possible to me.

As mentioned above, I don’t think there’s a scenario where the Jets win 10 games this season. There are still a lot of question marks surrounding the team and due to that, I can’t say I agree with Nate Burleson’s take from yesterday. However, for those of you that like to take future bets on win totals, I think there is some value on the Jets in 2021. As it sits right now, the Jets win total over is 6.5 games (+140). For that price, I am going to take a run at that line and throw 1 unit on the over. If you look at the history books, the Jets have an unusual track record of success with head coaches in their first year with the organization. In my eyes, if Zach Wilson comes in and develops quickly, I could see the Jets surpassing this number quite easily.