AMON-RA ST. BROWN TO THE MOON! 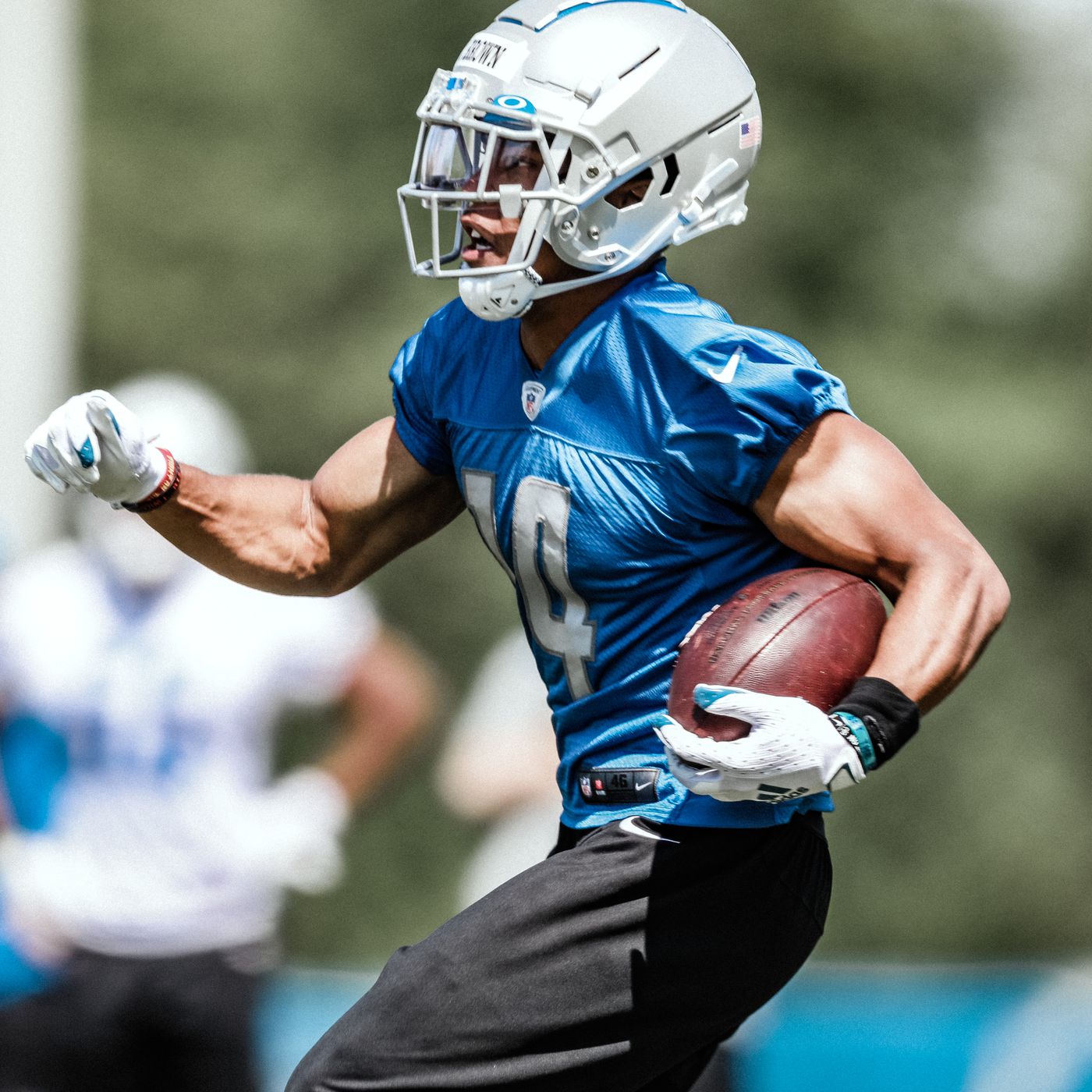 As the original Amon-Ra St. Brown stan it may be time for me to start taking victory laps. Is it too early? Nope. Just take a look at this report from camp and you’ll be convinced that this is Dan Campbell’s guy.

Amon-Ra St. Brown looked surprisingly polished for a rookie during the early portions of the offseason program.He’s also drawn rave reviews for his work ethic, and that was on display again today. St. Brown stayed after practice to catch a couple 100 balls https://t.co/ht14UQ7PHW

A COUPLE HUNDRED? ARE YOU KIDDING ME? I’ve mentioned Amon-Ra’s work ethic on our YouTube channel before. If you haven’t seen my analysis just check out the video below at the 9:17 mark, this was one of our first videos on the channel.

St. Brown is a student of the game and he’s proving it in camp so far. He’s putting in the extra work and behaving like an NFL veteran before the ball kicks off for his first pre-season game. If you think Dan Campbell doesn’t love a guy like this you are out of your damn mind. He was also a 5-star recruit coming into USC, you should not be underestimating this guys skill set.

He is a very versatile wide receiver that played both from the slot and out wide last season as a Trojan and has the same opportunity in Detroit. The number 1 wide receiver role is completely up for grabs with limtied competition. People look at his 40-time (4.66) as the end of the line for this guy but that is incredibly lazy. He reminds me of another PAC-12 wide receiver who’s stats are nearly indentical! That players name is non other than perennial Pro-Bowler Keenan Allen.

If you like this article, be sure to check out more of our fantasy football content! Also, we are launching our new Weekly Tournament game for NFL this season so be sure to look out for that. We will be doing free-rolls and large prize pools all season!