5 SuperFlex options for your Week 3 lineup 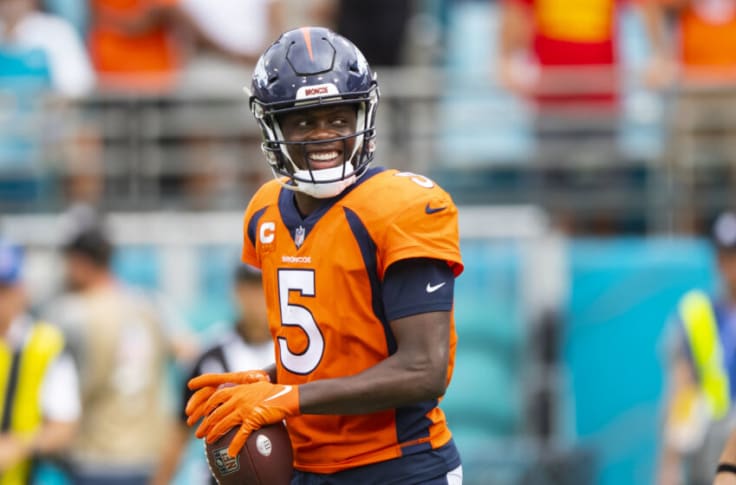 5 SuperFlex options for your Week 3 lineup

As we move into the third week of the regular season, we are starting to see some shifts in both the salaries and perceptions of certain players. On OwnersBox, we can use these differences to our advantage without tying up a specific roster slot. Hence why we love the SuperFlex.

As usual, WFS players will tend to drift toward using a second quarterback in a lineup because they can. We will, too, in the sense that most players listed here are quarterbacks. Still, they are the players that we can comfortably pair with others thanks to some forgiving pricing and the flexibility of the lineup. 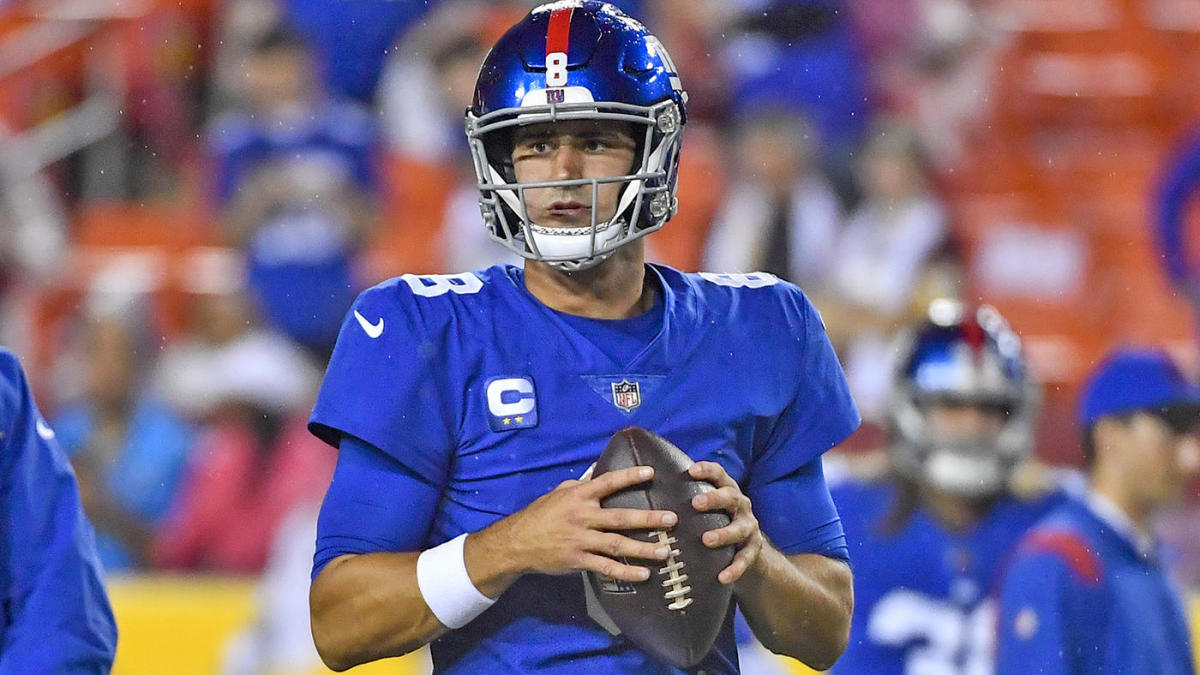 QB Daniel Jones – NYG $5,900 vs. ATL – I’ve now written about using Daniel Jones in a WFS lineup for multiple articles over the past three weeks, and I’m going back to the well with him against the Falcons on Sunday. The biggest concern for the Giants entering 2021 was the team’s pitiful offensive line. It has been almost as bad as expected, but New York has managed to find a way around it. How so?

By letting Jones run. He now has 15 carries through two games, with no fewer than six in each. He also has two rushing touchdowns, two passing touchdowns, and no interceptions on the year.

Atlanta ranks dead last in points and passing touchdowns allowed. If the Giants are to finally get a win, it would likely be thanks to Jones. We can benefit, even if we don’t use him as a QB1. That’s why we have a SuperFlex.

QB Teddy Bridgewater – DEN $6,300 vs. NYJ – Teddy Bridgewater absolutely dominated the Jaguars in Week 2 — 26-for-34 for 328 yards and two touchdowns — even though the game script was never really in his favor. His team took the lead toward the end of the first half and never looked back. Instead of running to drain the clock, however, Denver allowed Bridgewater to complete high-percentage passes that helped both inflate his numbers and keep control of the ball.

Why would this be any different against the Jets in Week 3?

The short answer: it won’t.

In addition to Bridgewater methodically completing passes — he completed at least 76 percent in each of the first two games — he also has yet to throw an interception. He may not have the highest ceiling among SuperFlex options on Sunday, but he certainly has one of the highest floors. Using Bridgewater would allow for some calculated risks elsewhere. 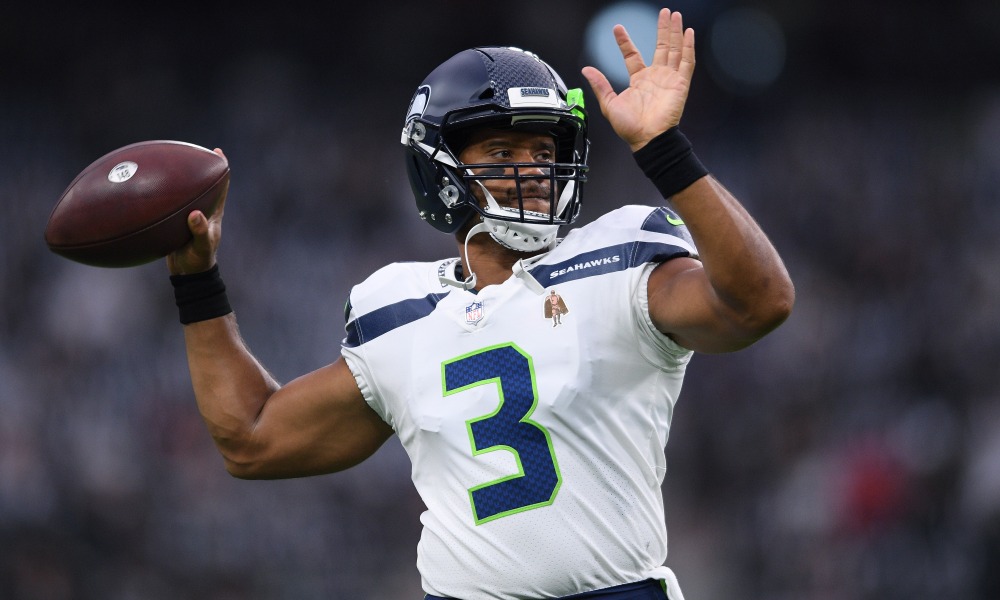 QB Russell Wilson – SEA $7,800 at MIN – It’s almost impossible to find a scenario in which quarterback Russell Wilson is a bad play. Maybe the setup isn’t perfect, but he’s always on my shortlist of targets. This includes Sunday’s trip to Minnesota.

Between the Vikings and Seahawks, it’s difficult to determine which had the more heart-breaking loss in Week 2. As we have seen over the years, however, Seattle is always in a position to rebound. Russell Wilson has been the starting quarterback of the Seahawks for the nine seasons prior to this year. He has led his team to a winning record in all nine.

It also helps that Minnesota is allowing the fifth-most yards in the league.

Wilson’s price is modest enough for his tremendous upside.

WR D.K Metcalf – SEA $6,900 at MIN – I would be including D.K. Metcalf in my list of SuperFlex options even without the aforementioned Russell Wilson, but the same positives that apply to the quarterback in the matchup with Minnesota also apply to the wide receiver. Metcalf is in a position to shine.

To date, much of the passing offense has gone through fellow wide receiver Tyler Lockett — 278 yards and three touchdowns already — but that’s nothing new for the Seahawks. They tend to spread the wealth, and the fact that Metcalf is still getting targets without producing yet is a sign of positive regression in the near future. Last week, he had eleven passes thrown his way, and he only hauled in six of them.

Wilson will keep throwing to Metcalf, and the matchup is perfect for the talented wide receiver to take advantage and deliver.

QB Aaron Rodgers – $7,100 at SF – By the time the game between San Francisco and Green Bay begins — and probably during it — we will have heard countless times about the 49ers historically dominating the Packers in recent years. Quarterback Aaron Rodgers will certainly have heard the same criticisms.

And he will aim to silence the doubters.

Normally, I wouldn’t go overboard with a narrative play unless there were other reasons behind it. That’s the case here, too, but we can’t discuss the possibility of using Rodgers in a lineup without bringing up the prior struggles. He has been more outspoken over the years about how much he enjoys proving people wrong.

Most importantly, if the 49ers march all over the Packers again, it won’t limit Rodgers’ upside. It may even enhance it. Green Bay would be forced to throw, and more volume is greatly welcomed for one of the best quarterbacks of this generation.

OwnersBox has launched the first ever Weekly SuperFlex Salary Cap game! Use the promo code “DREW9” for a FREE $10 entry into our $50,000 Week 3 contest. (one time use only)