5 Running Backs For Your Week 8 Lineup

5 Running Backs For Week 8 on OwnersBox

Last week was brutal for the running backs when it comes to byes. We were missing Austin Ekeler, Ezekiel Elliott, James Robinson, Dalvin Cook and Najee Harris. This week there is plenty to work with and with that we can extract some real value when it comes to building your lineup on OwnersBox. In this article we will go through 5 running backs that you can start this week and should be optimal selections on OwnersBox. 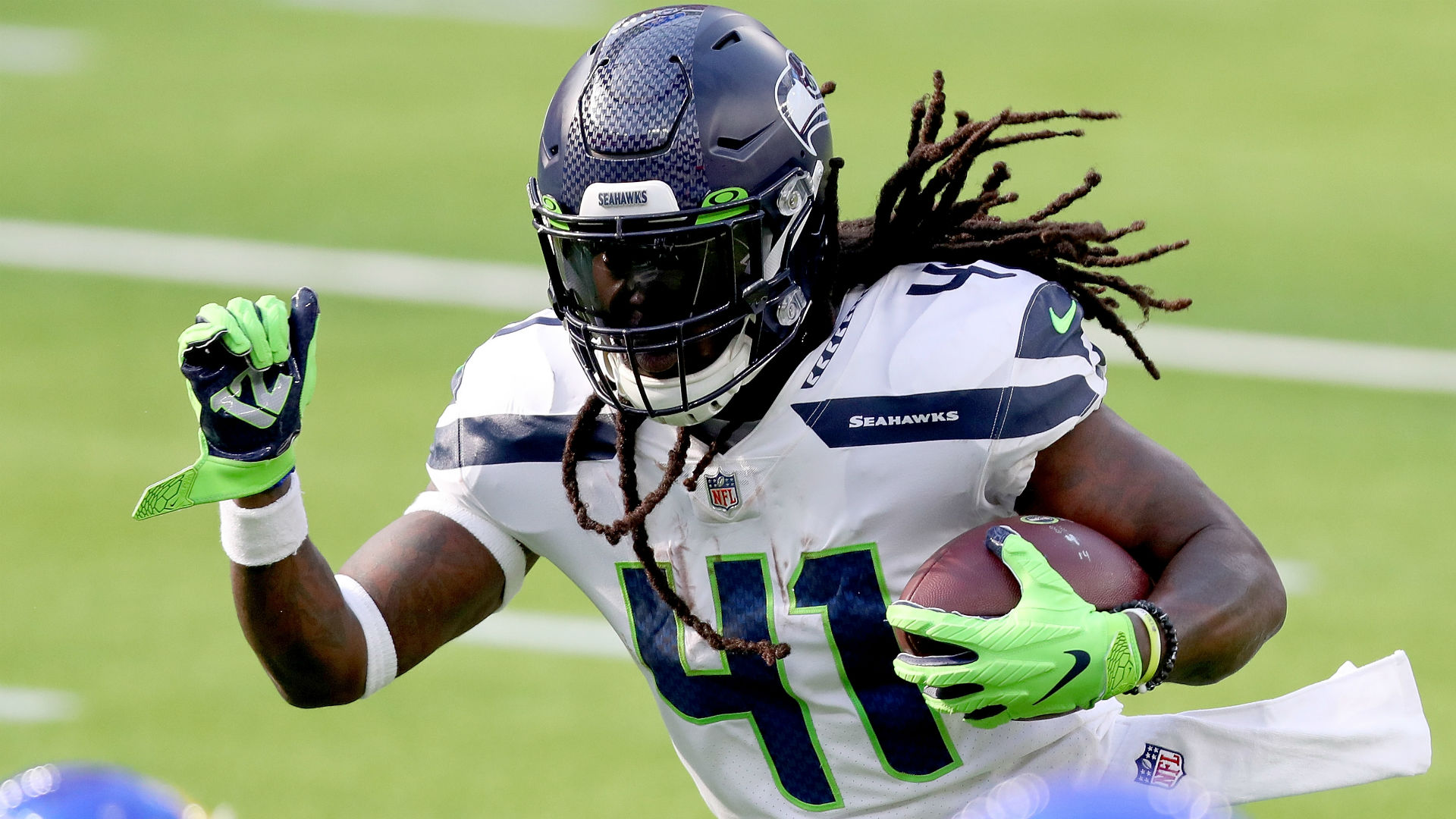 Pete Carroll loves his running backs like Urban Meyer loves respecting women. Carroll gave Collins 16 carries against the Saints on Monday night, it was like when Richard Sherman tried to break into his father-in-law’s place over the summer.

Collins ran for 2.2 yards per carry and he just kept getting the ball. The good news for the Seahawks this week is they’re going against the lowly Jaguars. Teams are running the ball nearly 30 times per game when playing Jacksonville. They’re giving up 19.5 fantasy points per game to the running back position.

The Seahawks passing offense has been anemic since Geno Smith has stepped in for the injured Russell Wilson. The rushing attack is the identity of the offense and in a home game they’re favored in I’d expect Collins to see 20+ rushing attempts. On OwnersBox he is not priced like the workhorse he is. 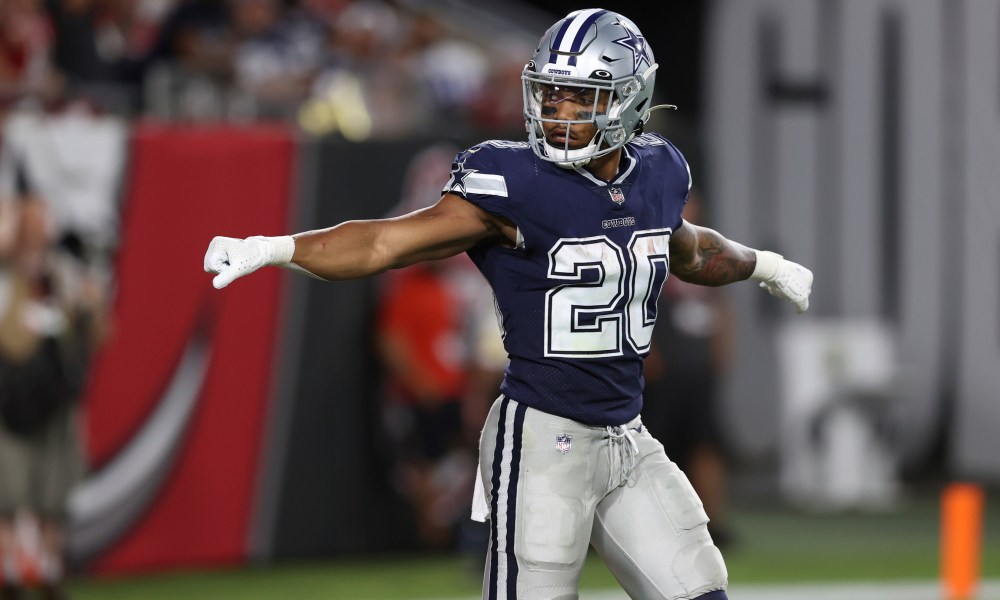 The Dallas Cowboys are returning off a bye this week for a primetime matchup against the Minnesota Vikings. The Cowboys are running the ball at the 7th highest rate in the NFL. They’ve been dominating time of possession and like to run the ball plenty when leading or in close games. This is the exact type of game the sportsbooks are expecting as the Cowboys are 2.5 point road favorites.

In week 7, the Patriots really cut into the Cowboys efficiency of their rushing attack, as a result they dropped back to pass on 64% of plays. In the 4 weeks prior, they had not topped 52%. I would expect things to return to that near 50/50 split this week as the Vikings are 4th worst in the NFL in opponent yards per carry. Minnesota is giving up 4.8 yards per carry to opposing running backs.

Pollard has been the most efficient running back in the NFL this season. He is averaging 6.0 yards per carry, the best mark in the league. He’s been very difficult to tackle, averaging 3.4 yards after contact and having the highest rushing grade in the NFL this season according to PFF. The elephant in the room here is that he’s not the lead back, but he’s still receiving 12.7 touches per game. In a great matchup against the Viking though he’ll be efficient enough to provide great value this week on OwnersBox. 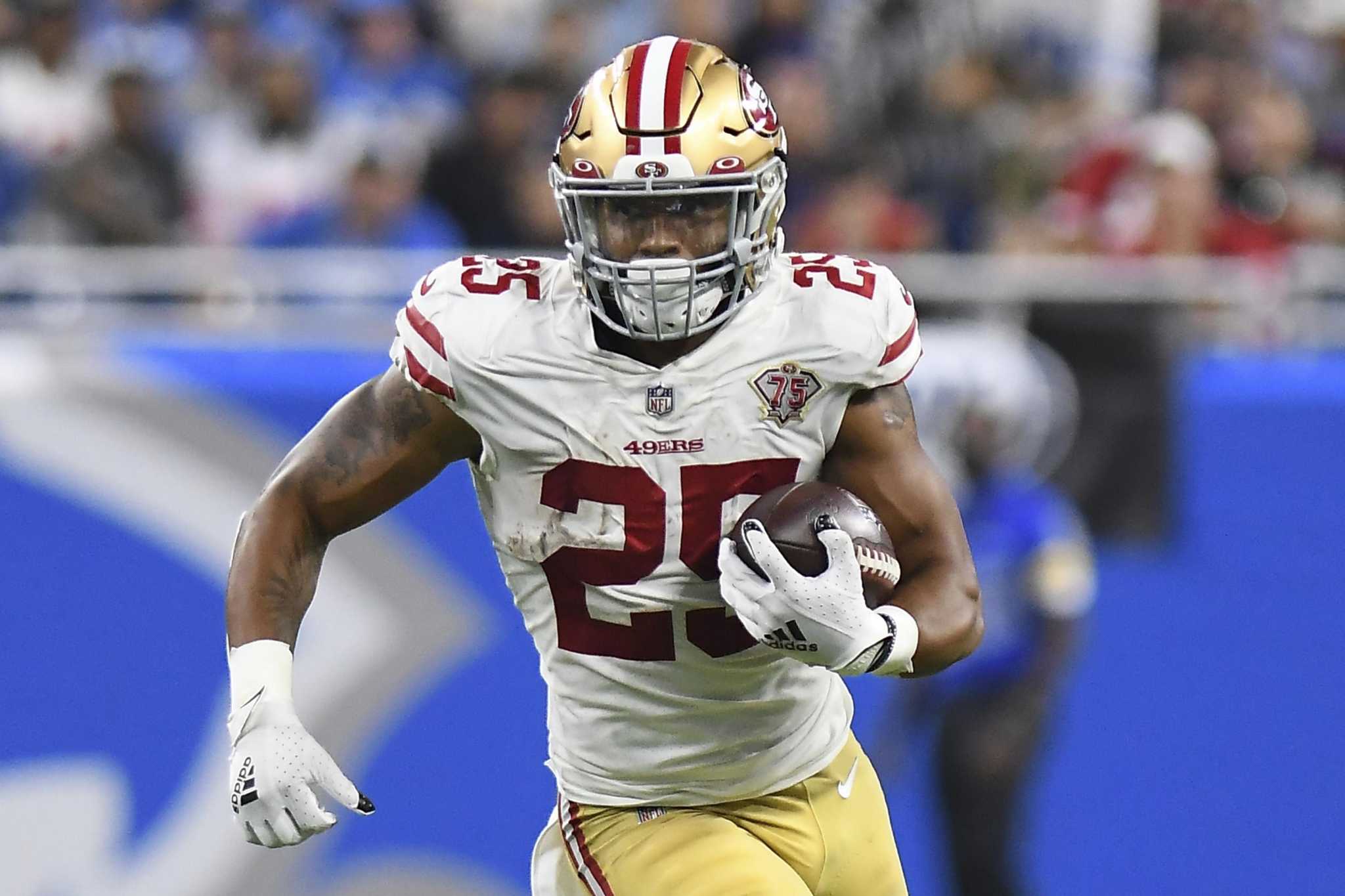 With Trey Lance on the sidelines last week Mitchell saw a 75% share of the teams rushing attempts. He’s getting workhorse type volume in this offense when he’s healthy. If you look at past running backs coached by Kyle Shanahan, you’ll see that workhorse RBs in his system finish as top-10 fantasy players at the position.

Fresh off his best game of his young career, I still think Mitchell is underpriced on OwnersBox. The Bears are an overrated rushing defense, they’re actually bottom-10 in the NFL in opponent yards per carry. The Bears have really struggled tackling as well. Lineback Alec Ogeltree has stuck out like a soar thumb, with a missed tackle rate of nearly 20%.

The Kyle Shanahan rushing attack can really wear opposing defenses down and I don’t see this being any different against a Bears offense that can’t seem to stay on the field. Mitchell should be priced alongside James Robinson and Darrell Henderson, not Chuba Hubbard and Damien Harris. This guy could be a league winner the rest of the way. 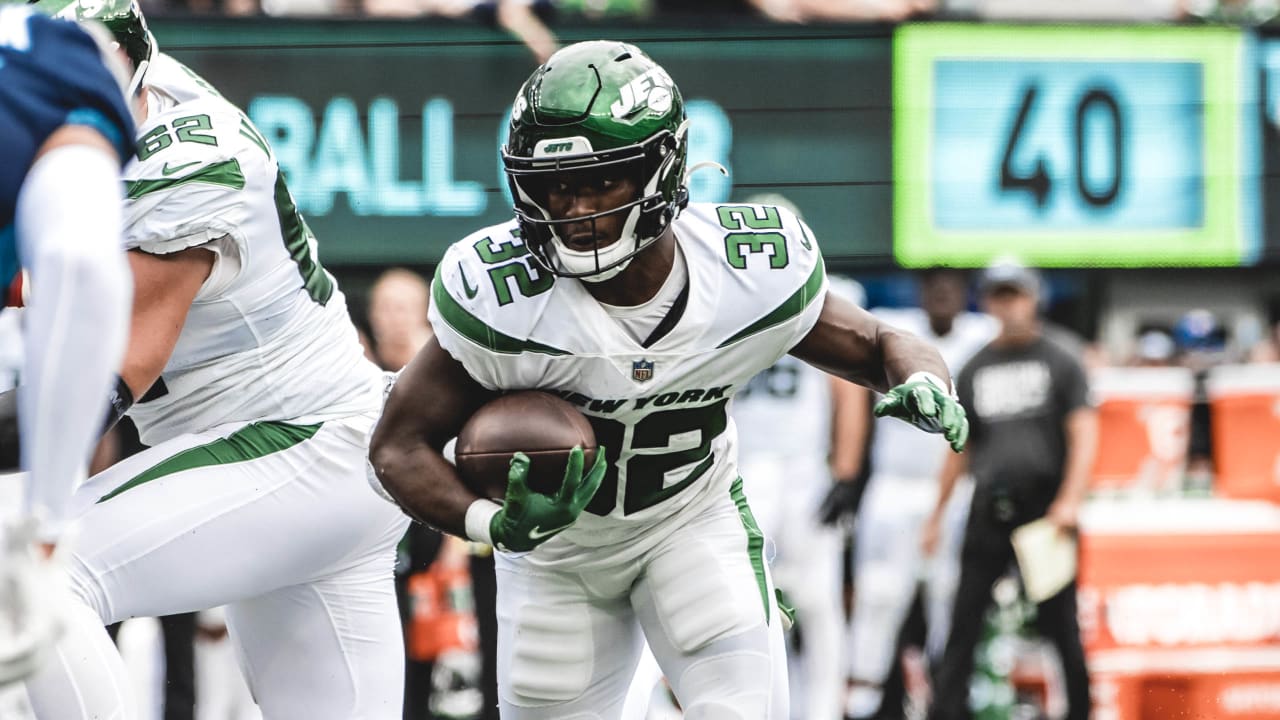 The Jets rookie running back is really starting to take over in the backfield. This past week against New England the former Tar Heel was up to a 71% snap share. He’s also had a near 60% share of all the rushing attempts in New York. He had the most touches of his career with Mike White stepping in for Zach Wilson.

Carter has forced more missed tackles per touch then Derrick Henry so far this season. He’s dealing with an offensive line that just can’t give him any space to work with. With Mike White under center this week I’d expect Michael Carter to be used more creatively to get him in space. Think of half back screens and bouncing the ball to the outside.

The Bengals defense has been playing really well this season without making any significant changes to their roster. I do believe some regression is coming. Carter is being priced amongst handcuffs like Samaje Perine and JD McKissic, meanwhile he’s the clear leader of his backfield. I think he’s worth the investment at a price below $5000. 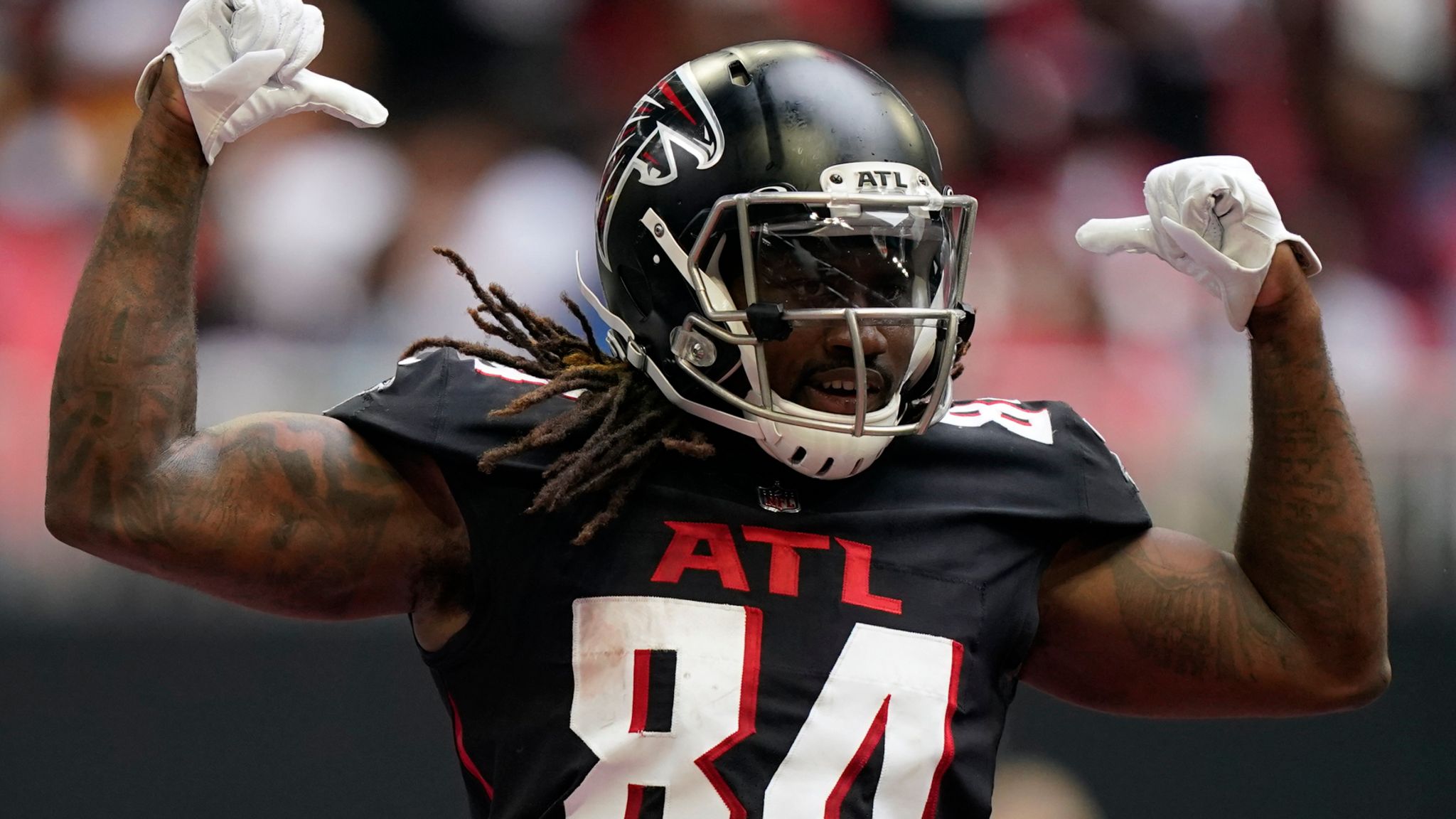 It is time to accept the fact that Cordarrelle Patterson is top fantasy football running back option this season. The play-action scheme that Arthur Smith has brought in from Tennessee has helped Patterson immensely. Now he’s on the field more than he’s been all season. In week 7 he saw a season high 73% of snaps and Mike Davis was down to a mere 19% share of the teams rushing attempts.

What is even more interesting about his work is that even in the situations when Mike Davis is on the field (long down and distance, 2 minute drill) it isn’t getting him off the field. He’s running routes as a receiver and even with Russell Gage returning it didn’t impact his usage.

The Panthers rank bottom-10 in the NFL in opponent rushing yards per carry so there should be room for him to run in this matchup. With Arthur Smith calling the plays Patterson is an elite fantasy option right now.