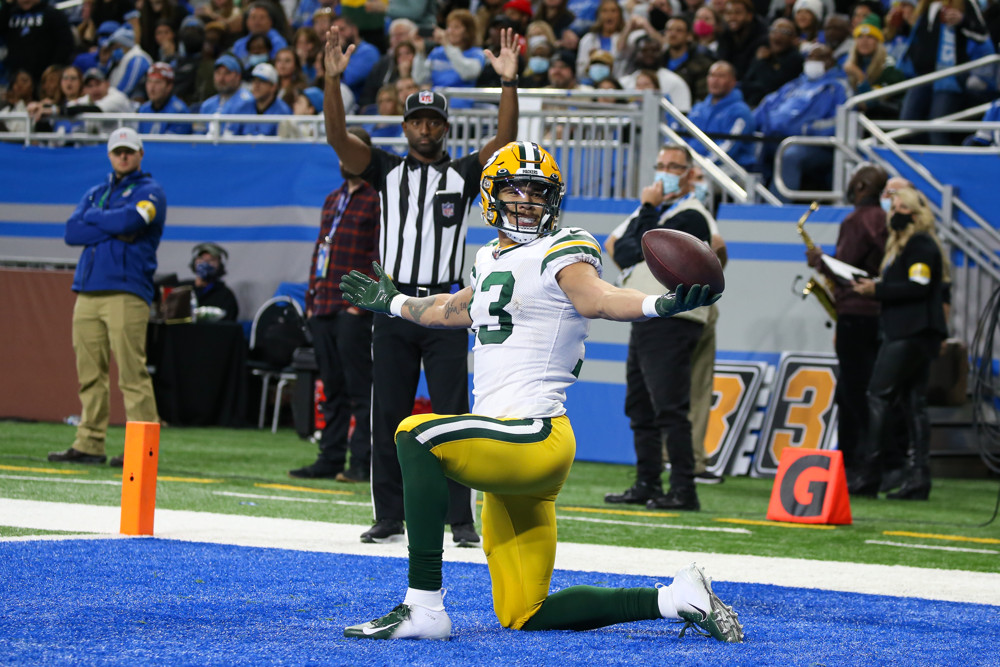 The NFL season is now under 100 days away from kickoff and fantasy football season is starting to ramp up. With that being said, I will be going over my early sleepers for 2022 fantasy football. I chose one player from every offensive position, and only selected players with an ADP lower than 120.

The additions of Chris Olave, Jarvis Landry, and Michael Thomas will be massive for Jameis Winston who is a very intriguing fantasy option. Winston had almost no weapons last season, and his top receivers were Marquez Callaway and Deonte Harris. Despite this, he averaged 17.5 fantasy points a game, good enough for QB14 last season.

In Winston’s last full season starting he had 5,109 yards and 33 touchdowns. He did also have 30 interceptions, but still finished as the QB3 and I believe he has the ceiling to be a top 10 QB this season. He is currently being drafted as QB22 behind guys such as Zach Wilson, Trevor Lawrence, and Justin Fields.

Fellow Bill, Gabriel Davis is being highlighted as the sleeper/breakout candidate on the team, but after an electrifying four-touchdown playoff game against the Chiefs, I do not think he qualifies for the sleeper category. That leaves Bills second-round pick James Cook as the team’s sleeper candidate.

He has the potential to play a large role in the offense his rookie season, as the Bills search for playmakers and players who can get yards after the catch. Cook can contribute to the Bills’ offense as both a rusher and receiver sharing carries with Devin Singletary and Zach Moss.

Singletary was the RB3 over the last six weeks of the regular season as he was used as the Bills featured back. The Bills still clearly did not believe Singletary was the guy, as they used their second pick in the draft on a RB, James Cook. If Cook can get good volume and production in the Bills’ offense, which I believe he will, he could be a huge steal in fantasy drafts.

There are few receivers in the NFL in a better spot than Lazard entering the season. He is Green Bay’s and more importantly, Aaron Rodgers, number one WR. Additionally, Aaron Rodgers is known to love reliable veteran receivers, which is exactly what Lazard is. He is a 6″4 receiver with a 66.7% catch rate and a 134.4 passer rating when targeted. Even more importantly, Green Bay is losing the best WR in the NFL, Davante Adams, who saw a ridiculous 169 targets in 2021, which was behind only Cooper Kupp.

Of the WRs that had 60+ targets last season, Allen Lazard was tied with Ja'Marr Chase in Fantasy Points/Target.

If that is not enough, in the final five weeks of the season Lazard was the WR8 in PPR scoring. Last season, Lazard finished as the WR44, and he is currently being drafted as the WR55. He should only increase his numbers from last season, with more opportunity, volume, and time with Rodgers.

Once a prominent player in fantasy, Hooper was caught up in a bad situation last season with the Cleveland Browns. After signing a massive deal with the Browns in 2020, he saw his target share dwindle as there were many talented receivers ahead of him on the depth chart. In his last season with the Atlanta Falcons, in 2019, he averaged 14.8 FPPG which was good enough for TE3. Additionally, the Browns ran a very run-heavy offense that did not make a huge effort to incorporate the TEs.

-Back-to-back top-10 finishes prior to signing with CLE, including 15 top-12 weeks in 2018 & 2019 seasons
-Immediately becomes top receiving TE option
-Lack of depth to compete for targets at WR pic.twitter.com/4l7dhrktUR

The biggest reason I am targeting Hooper in all my drafts this year is because of the opportunity and volume he could see this season. The Titans lost both A.J Brown and Julio Jones in the offseason and their only WR with over 40 career receptions is Robert Woods, who is coming off a torn ACL.