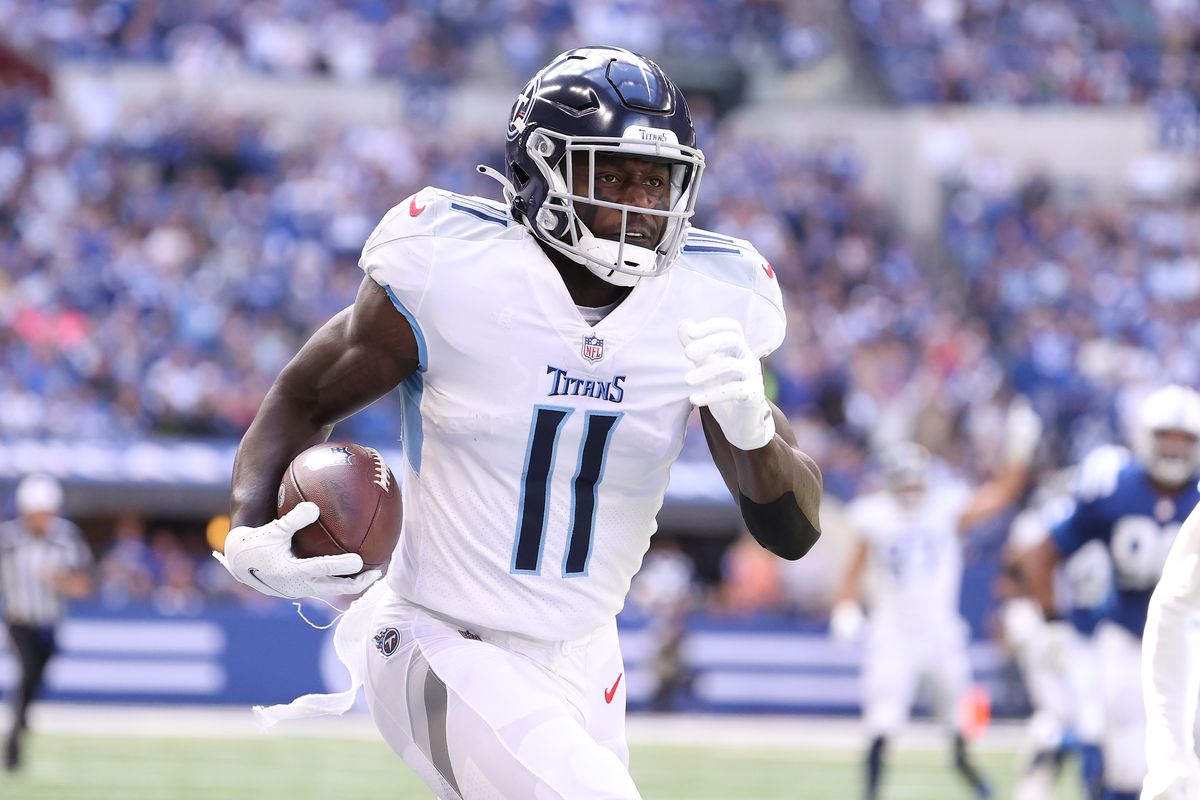 Wondering who to start at wide receiver in your lineup this week in the OwnersBox $25k Week 10 Contest? Here are three great options for your SuperFlex lineup!

The 7-2 Tennessee Titans are hosting the New Orleans Saints this week in Smashville, Tennessee – and AJ Brown is a smash play for fantasy football. AJ Brown has a 30% or higher target share every week in the last 4 weeks. With Henry out, the Titans will lean on the pass, and the Saints defense is porous to the pass. The Titans are BACK. AJ Brown is BACK. Get AJ Brown into your $25K Week 10 contest lineup and watch him bolster your lineup on Sunday and be a value, even at a salary of $6800. 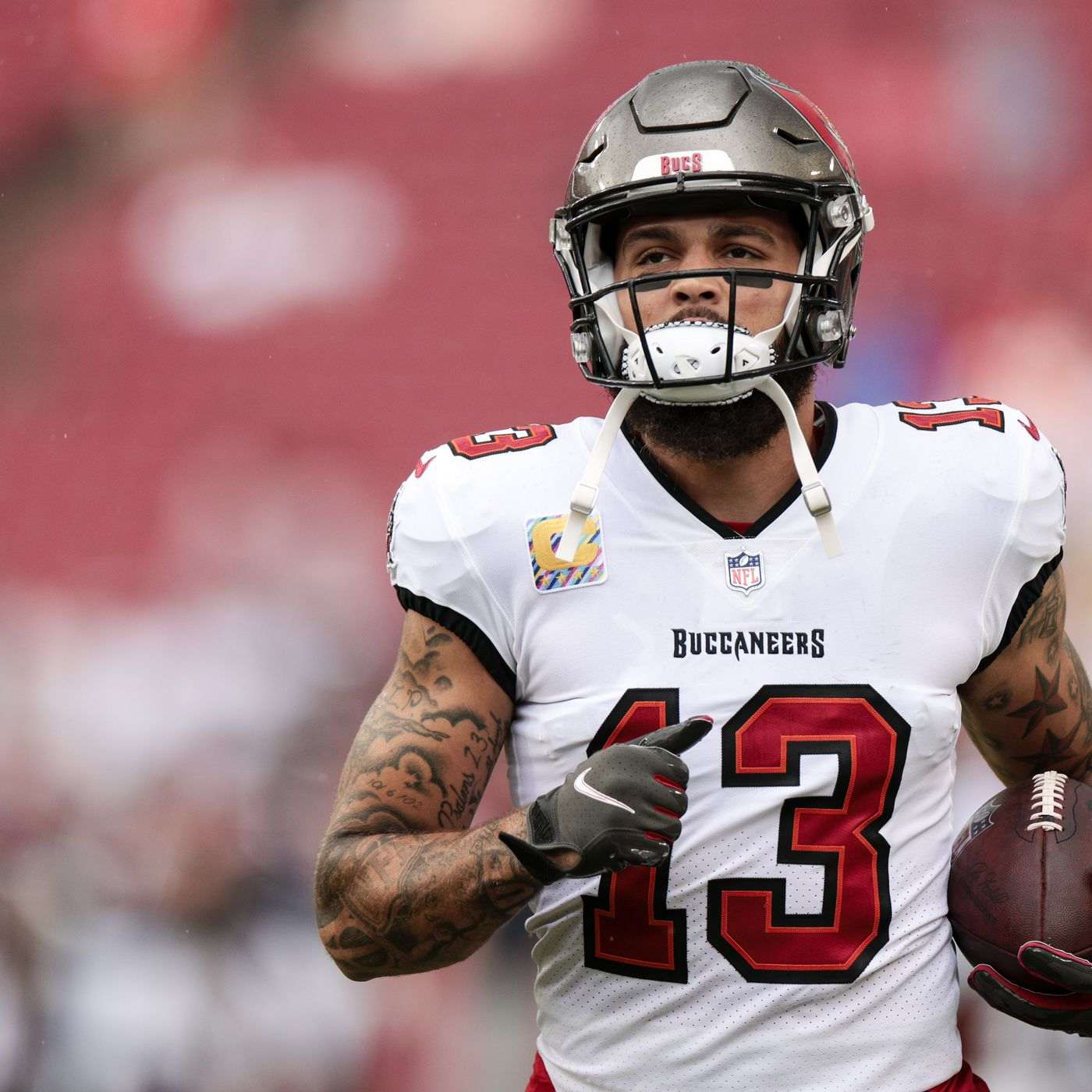 Another great option at wide receiver that is $6800 this week is Bucs receiving staple Mike Evans. Godwin is has a bad foot injury. Antonio Brown is still out with an ankle injury. Gronk still has broken ribs. Mike Evans is the clear lead receiver this week for Tom Brady. The Washington Football Team have one of the worst pass defences in the NFL. The game between the Bucs and the Football Team last year in the playoffs was low scoring – but these two defences aren’t the same anymore – the Over/Under for this game is 51, points will be scored. Start Mike Evans this week, absolute smash play at $6,800 this week. 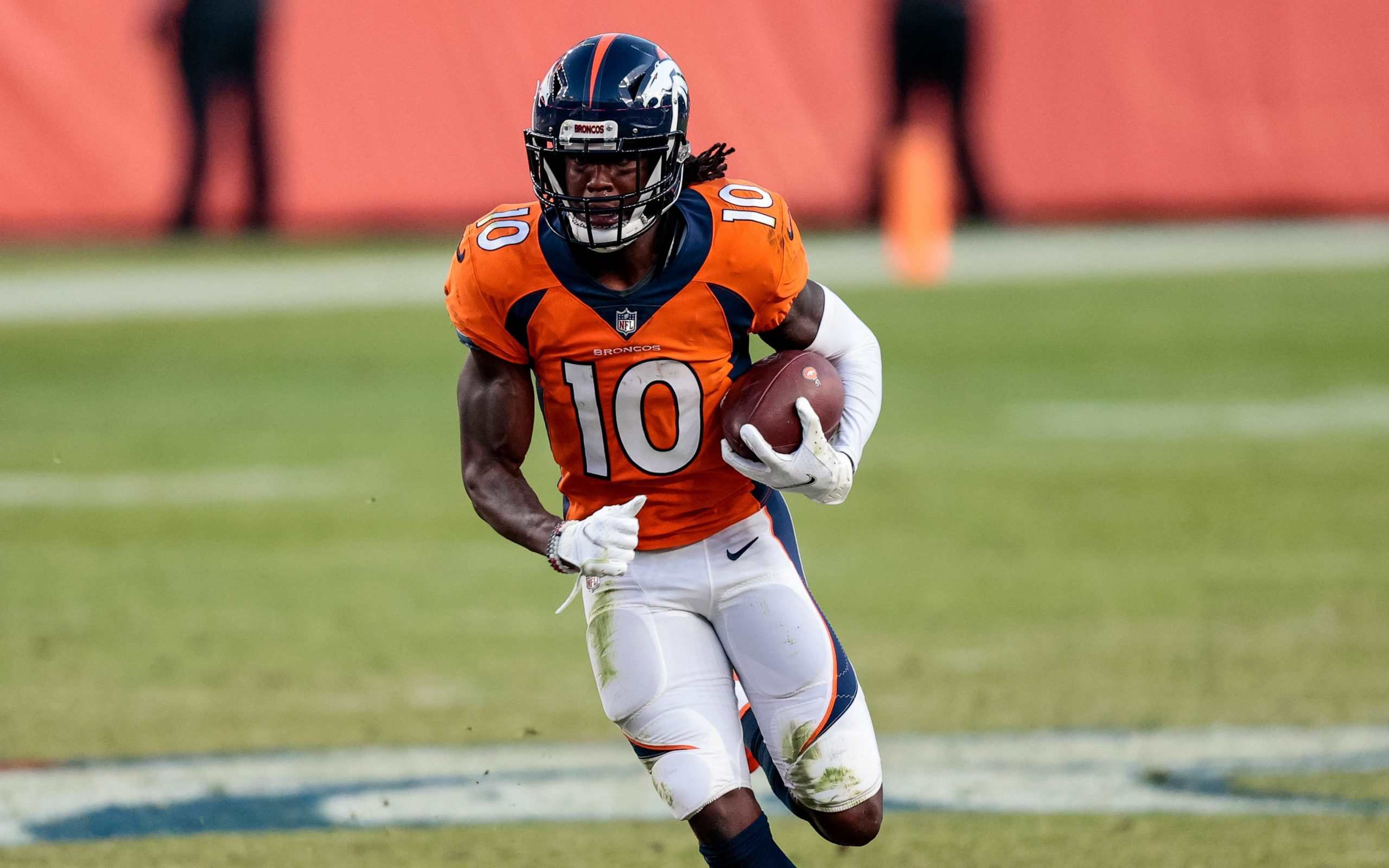 Jerry Jeudy is a great play this week in the OwnersBox $25k Week 10 contest because Darius Slay will be shadow banning Courtland Sutton from the game. The Broncos will rely on the fierce running back duo of Gordon/Williams, but when they pass the ball, look for Teddy B to look Jerry Jeudy’s way often. At a salary of $5100 Jerry Jeudy is perfect mid-priced flex wide receiver for your lineup as he offers much more upside than similarly priced options.