When looking at undervalued players for the last week of the NFL season, I felt as if it were essential to identify players who had something to play for and were motivated to perform well for themselves (and our DFS lineups) and make us some money. 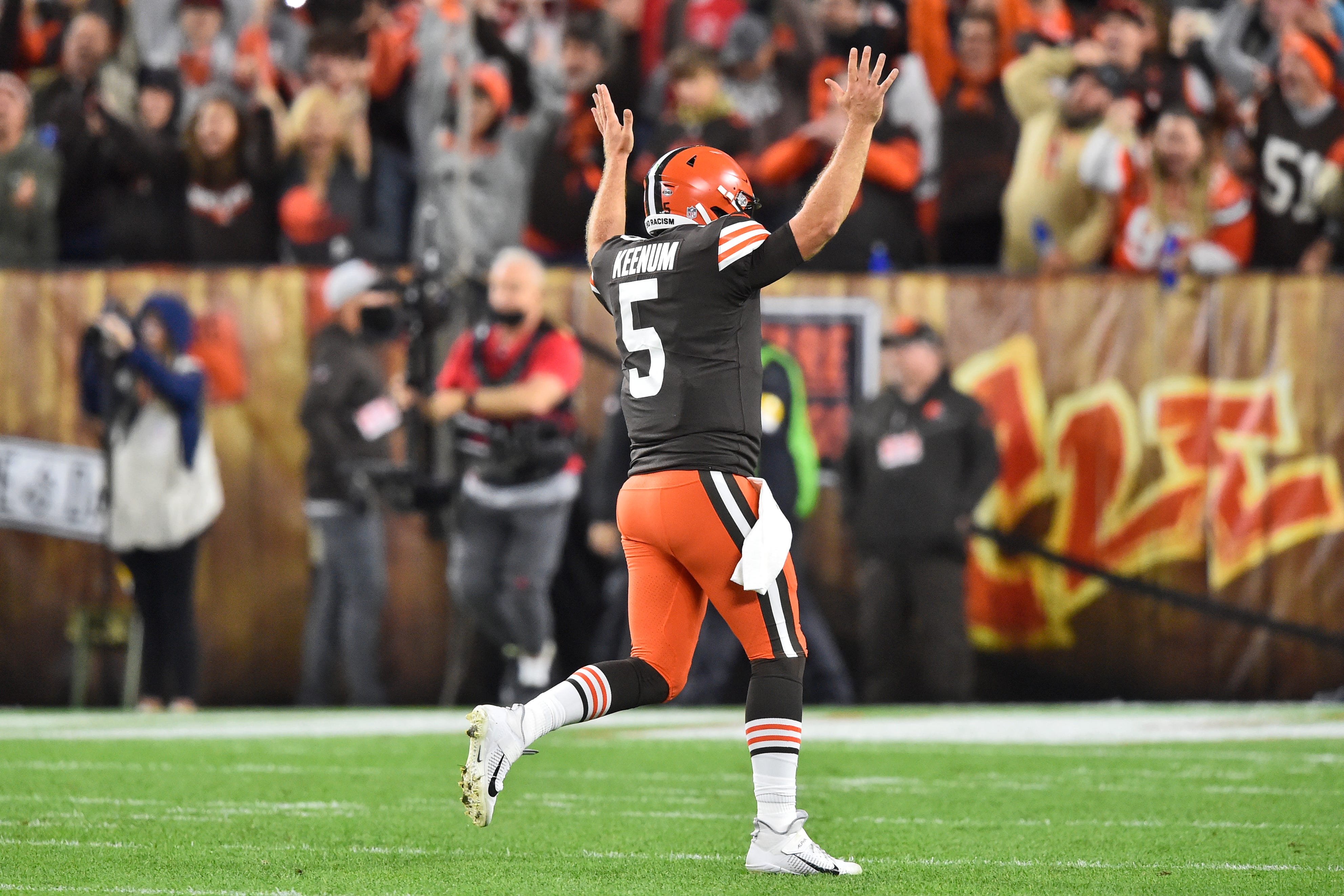 Darnell Mooney $5,200 @ Vikings – Mooney is closing in on his first-ever 1,000-yard season. The second-year wideout needs 71 receiving yards to eclipse that mark on the season. 1,000 yards would put a nice cap on an impressive season. Although he will be without Justin Fields in the game, the Bears should still maneuver their offense through Mooney. The Vikings have given up their fair share through the air this season, so look for one of Mooney’s better performances.

Case Keenum $5,200 vs. Bengals – For a team that has been horrible for the most part throwing the football this year, you might think this is an odd pick. Case Keenum has an opportunity to show he’s still a competent NFL quarterback. He is playing a Bengals team planning to rest some of their starters in this contest. Also, Case has been solid when he’s been in the game this season, completing 30 of his 48 pass attempts for 286 yards and 1 touchdown. If Keenum plays well, Cleveland may have more significant issues when looking to sign Baker Mayfield long-term. At his price, I’m willing to take a shot.

Jaret Patterson $5,000 @ Giants – In this case, I think Jaret Patterson is playing hard this week to show he belongs as an NFL running back. The rookie out of Buffalo is an undersized back to begin with and has only 300 all-purpose yards this season. After an impressive showing last week, and another hip injury designation for Antonio Gibson, I believe it can be the Jaret Patterson show again for the Football Team. I’m not a massive fan of this play if Gibson isn’t on an injury report on Friday but jump on this play if he is ruled out.