3 Tight Ends You Need in Your Week 15 Lineup

Whenever we start digging through options at the tight end position, we usually find the results underwhelming. That’s not actually the case for Week 15. In a stark contrast to the majority of the season up until now, there are plenty of tight ends worth considering for a lineup.

Obviously, this is good news. It’s always better to cast a wider net when researching targets so that we don’t miss any opportunities. But the best use of this situation is to gauge how the players look compared to one another.

That happened organically in this article, as the three tight ends listed below are largely in-play because of how they are likely to be viewed in the collective minds of other WFS players. If we can see that, then we can see some of our best targets for this weekend.

Rob Gronkowski TB – $6,500 vs. NO – The obvious and immediate decision that needs to be made for tight ends in Week 15 is how to handle George Kittle. He’s the highest-priced player at the position, and for good reason — he has simply been unstoppable for the past few weeks. The decision, therefore, shifts into Kittle versus the field.

But that’s not really true. For as outstanding as Kittle has been recently, Rob Gronkowski’s consistency stretches back even further. Kittle has done almost all of his damage over the last two weeks — a ridiculous 27 targets in that span — but Gronkowski has seen at least eight targets in four consecutive games.

Gronkowski carries a relative discount, which is obviously appealing, but the glaring argument against him is the matchup. The New Orleans Saints are one of the stingiest teams in fantasy points allowed to tight ends.

Therein lies the key to Gronkowski. As WFS players try to decide how to handle the highest-priced options, the debate will turn to paying up for Kittle in a better matchup or saving salary with Gronkowski, but in a more difficult head-to-head setup. That struggle should suppress Gronkowski’s popularity enough that we can gain an edge by using him in our lineups.

If the Tampa Bay Buccaneers dominate on Sunday night — which is certainly possible given that they are heavy favorites — Gronkowski is likely to play a role. 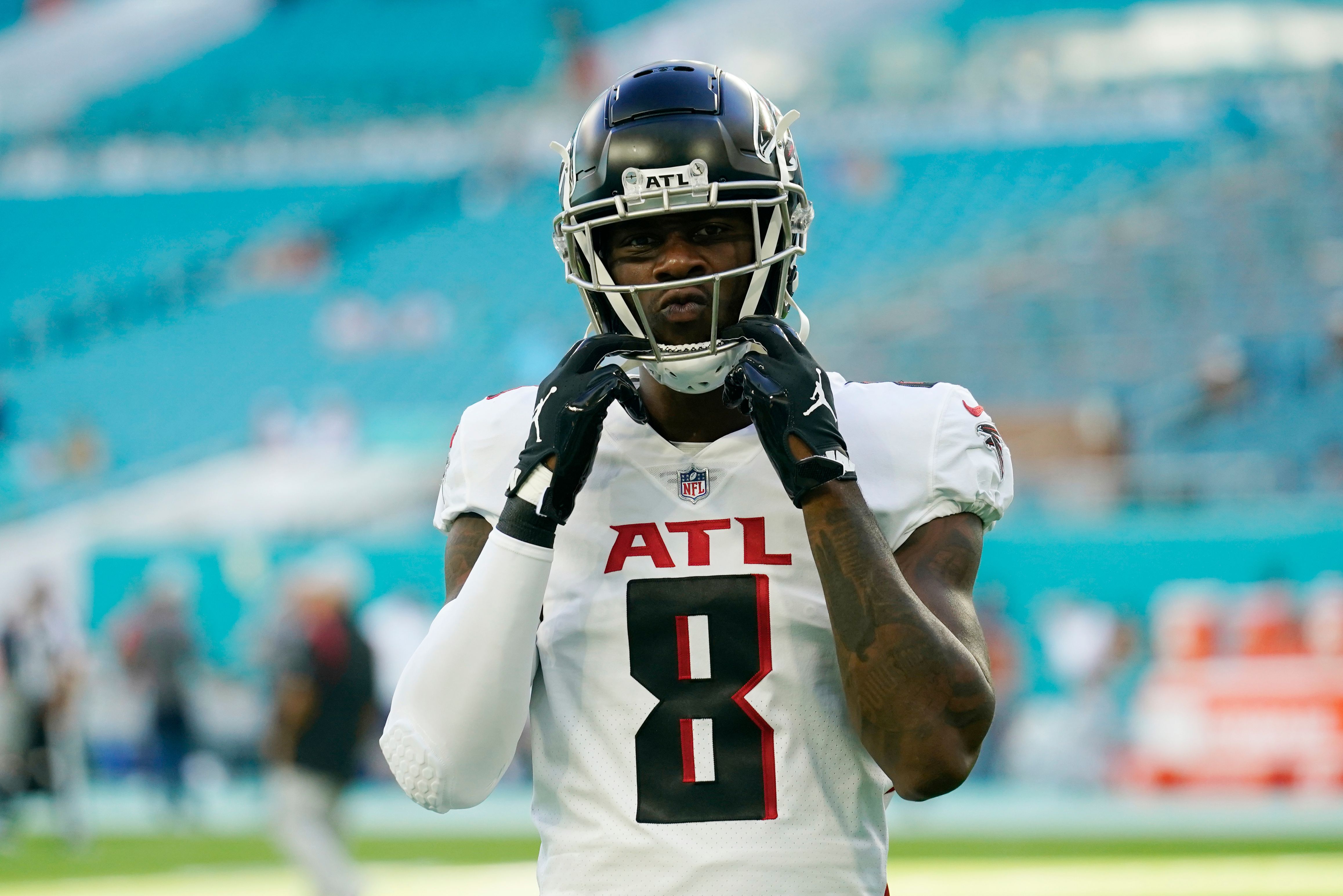 Kyle Pitts ATL – $5,200 at SF – It’s amazing how fluid perception is over the course of a year. Before the regular season began, Kyle Pitts was considered the rookie to target across all fantasy football formats — and that includes quarterbacks. As a few weeks went by and it was clear that, in a repeat of past horrors, the Atlanta Falcons had no idea how to utilize their own talent, Pitts’ stock began to fall hard.

And then he exploded.

Pitts went on a tear of at least eight targets for three consecutive games in which he amassed an incredible 332 receiving yards. His stock promptly rose.

Pitts has not reached his high point since then. He has approached it, at times, but he actually has yet to catch a touchdown in the National Football League on American soil — his only career touchdown catch was in London in Week 5.

The purpose of this review of Pitts’ season is to highlight how his expectations and production have varied wildly throughout the year, all while his salary is trying to keep pace.

Pitts was undervalued to start the year, then overvalued after his big game, and his price has finally settled at a comfortable level. This is where I would be looking to buy back in, especially in a game in which the Falcons are likely to be trailing — and, thus, throwing more.

Zach Ertz ARI – $4,700 at DET – As always, I like to give options for a specific week that reach all practical levels of the salary tiers, and Zach Ertz slides in nicely as the “comparative bargain.” Ertz does carry enough name value where we can expect some popularity in WFS tournaments, but there are other viable options that will undoubtedly steal some attention. And, at his price, it’s hard to argue with both the floor and ceiling on Sunday.

Ertz has secured a catch in every game he has played this year, whether it was with the Philadelphia Eagles or Arizona Cardinals. As a member of Arizona, he has seen an average of 5.4 targets per game and turned that into 321 yards and three touchdowns through seven games. Perhaps most importantly, he was featured somewhat heavily in last week’s big game — albeit, a loss — against the Los Angeles Rams, catching five-of-the-seven passes thrown his way.

Ertz follows a similar format to the aforementioned Gronkowski, where his team is also a heavy favorite in a game that should be controlled relatively easily — of course, I’m the first to admit that nothing is “easy” in sports, including predictions and projections that appear as such. Without wide receiver DeAndre Hopkins on the field for Arizona, Ertz should be a key contributor to the team’s offense yet again.

OwnersBox has launched the first-ever Weekly SuperFlex Salary Cap game! Use the promo code “DREW9” for a FREE $10 entry into our $15,000 Week 15 contest.