We’re getting down to the final stretch of the fantasy football regular season. You might be in a position where you need every win you can get to make the playoffs, so every start/sit decision matters. If you need help on knowing which guys to start this week, here are 3 tight ends you need for your week 13 lineup. 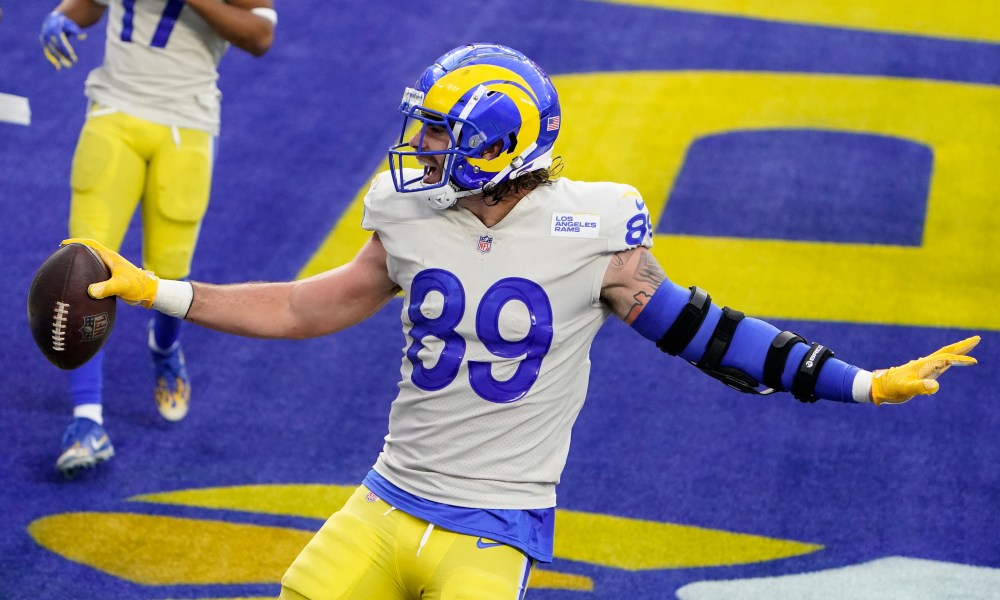 Tyler Higbee ($4,600) – It’s been a bit of a disappointing season for Higbee, as he hasn’t gone over 51 receiving yards since week 1. However, I think this is finally his time. It’s looking like both Odell Beckham and Darrell Henderson could be out this week, which means there won’t be a lot of mouths to feed. Cooper Kupp will obviously still be the primary target, but I could see Higbee be 2nd on this team in targets this week, and have plenty of chances to get into the end zone in a matchup against the Jaguars.

Foster Moreau ($3,800) – Darren Waller is out this week, which means Foster Moreau will take over lead tight end duties. In his 1 game without Waller this season, Moreau turned 6 receptions into 60 yards and a touchdown. He was 2nd on the team in both targets and receptions, trailing only Hunter Renfrow. I’d expect to see more of the same once again, this time against the severely underperforming Football Team defense. The potential is there this week, something you can’t say for very many tight ends right now.

Logan Thomas ($4,900) – Thomas finally returned last week after missing 6 straight games with a hamstring injury. Despite being limited heading into the game, he still managed 6 targets, and was very close to a pretty solid fantasy performance had he caught that touchdown. Now he should be back to his full workload, and out on the field for ever snap. The Raiders have allowed the 2nd most fantasy points to tight ends this season, so I’d expect to see a very solid game out of a healthy Logan Thomas.