3 Tight Ends You Need in Your Week 12 Lineup 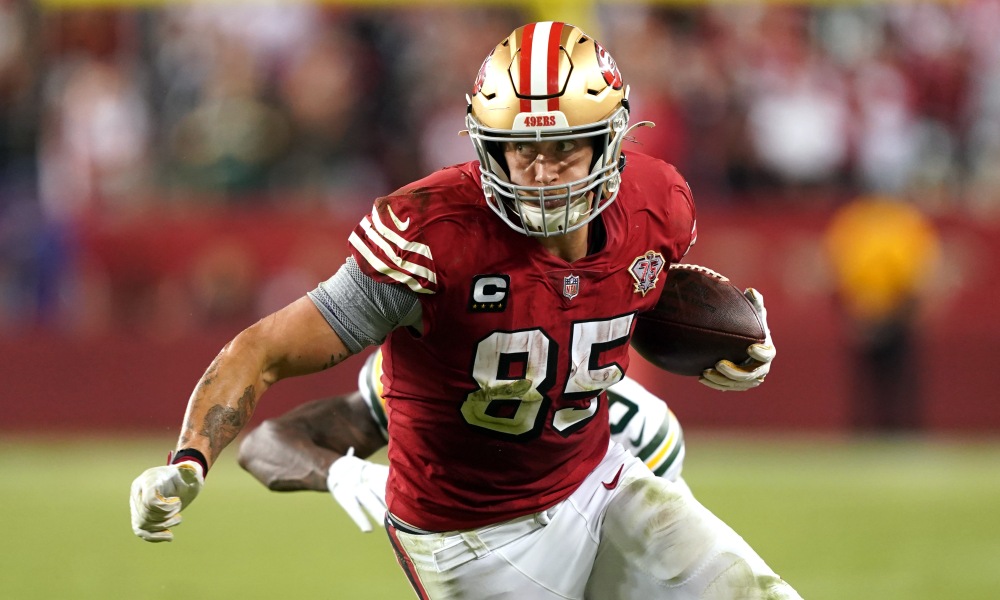 3 Tight Ends You Need in Your Week 12 Lineup

The tight end position is usually not one that carries extreme depth and, as a result, follows a unique strategy when determining where to land on a given slate. Basically, it’s a decision of opportunity cost. Most WFS players aren’t going to use more than one tight end in a lineup, so how do you commit the lineup slot, let alone the resources?

One quick glance at the options for Week 12’s main slate will tell most of the story. Between the Kansas City Chiefs and Arizona Cardinals enjoying their bye week and six other teams playing on Thanksgiving, an otherwise full set of action produces a thinner tight end player pool than we have normally. That puts additional stress on “getting it right.” Still, when we look at the names and salaries, we can quickly see how it will be viewed.

There’s the upper tier bundle of names that appear “safe,” if nothing else. There are even a few relative discounts — compared to each other — and those will probably gain some popularity as a result. Ultimately, everyone will have to commit to either living in that top tier and paying the premium or looking for a lower-risk, high-reward target at a better price. Of course, we will explore both sides of the scale.

George Kittle – SF $6,500 vs. MIN – In carrying the theme from the introduction into the first player’s writeup, George Kittle is the perfect example of a player who will be judged solely on his price within the net of “safety.” And it’s actually not because of Kittle, himself.

Kittle stands alone atop the tight end salary list by a wide margin — almost ten percent if we are including Mark Andrews from the Sunday night game. That’s an immediate point-of-contention when looking for a player, as many would assume that we could get the same output for a lower cost commitment. Maybe. Probably. That argument grows when you slide down the list by two more players and include Kyle Pitts and Rob Gronkowski at savings of over $1,000 from Kittle.

The decision to fade Kittle will be extremely easy for most people.

Make no mistake, the less expensive options do have equally high ceilings — as we will soon see in this column — but part of the game is in finding where others are going and taking the opposite route in seeking a better outcome. Kittle is a key piece of the San Francisco 49ers’ offense and appears to finally be playing at full health. He’s a high-risk, high-reward player, and I’m willing to take the chance and commit the salary. 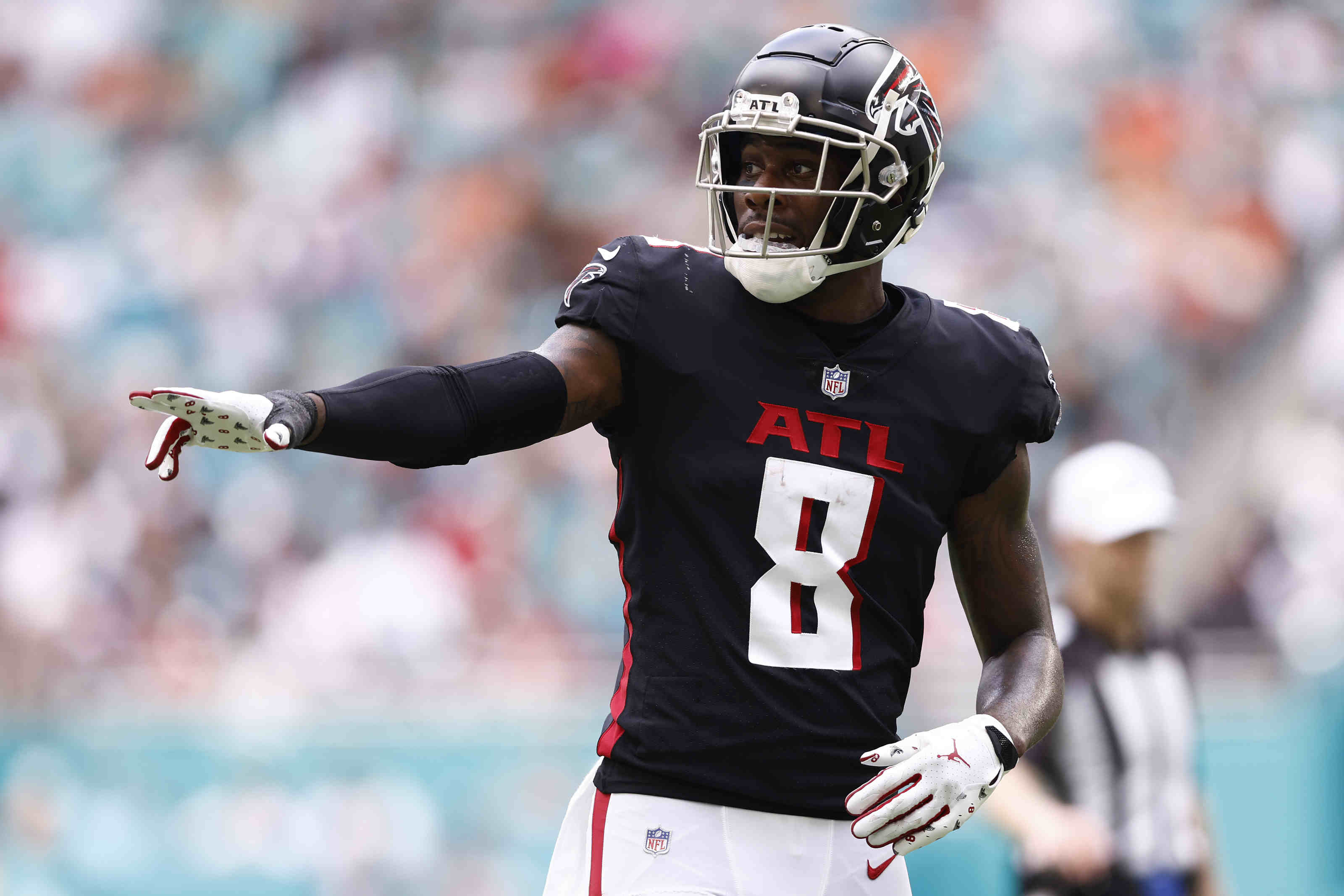 Kyle Pitts – ATL $5,300 at JAX – I purposely mentioned the savings that Kyle Pitts presents from George Kittle in the earlier blurb because we have to acknowledge that upside Pitts brings at a reasonable price tag. He may explode against the Jacksonville Jaguars on Sunday and, because of his earlier success, he will carry popularity.

We may have to deal with it by matching said popularity.

Simply put, we can’t fade Pitts just for the sake of fading Pitts. His team is coming off a shutout and is far more likely to score a few touchdowns than get kept out of the end zone again. If that happens, Pitts will likely have been a part of it.

It’s a pretty simple equation: Pitts has reached at least 62 receiving yards four times this year. The Atlanta Falcons are 3-1 in those games. They are 1-5 otherwise.

Pitts will be involved on Sunday and, at his price, he can’t be overlooked. 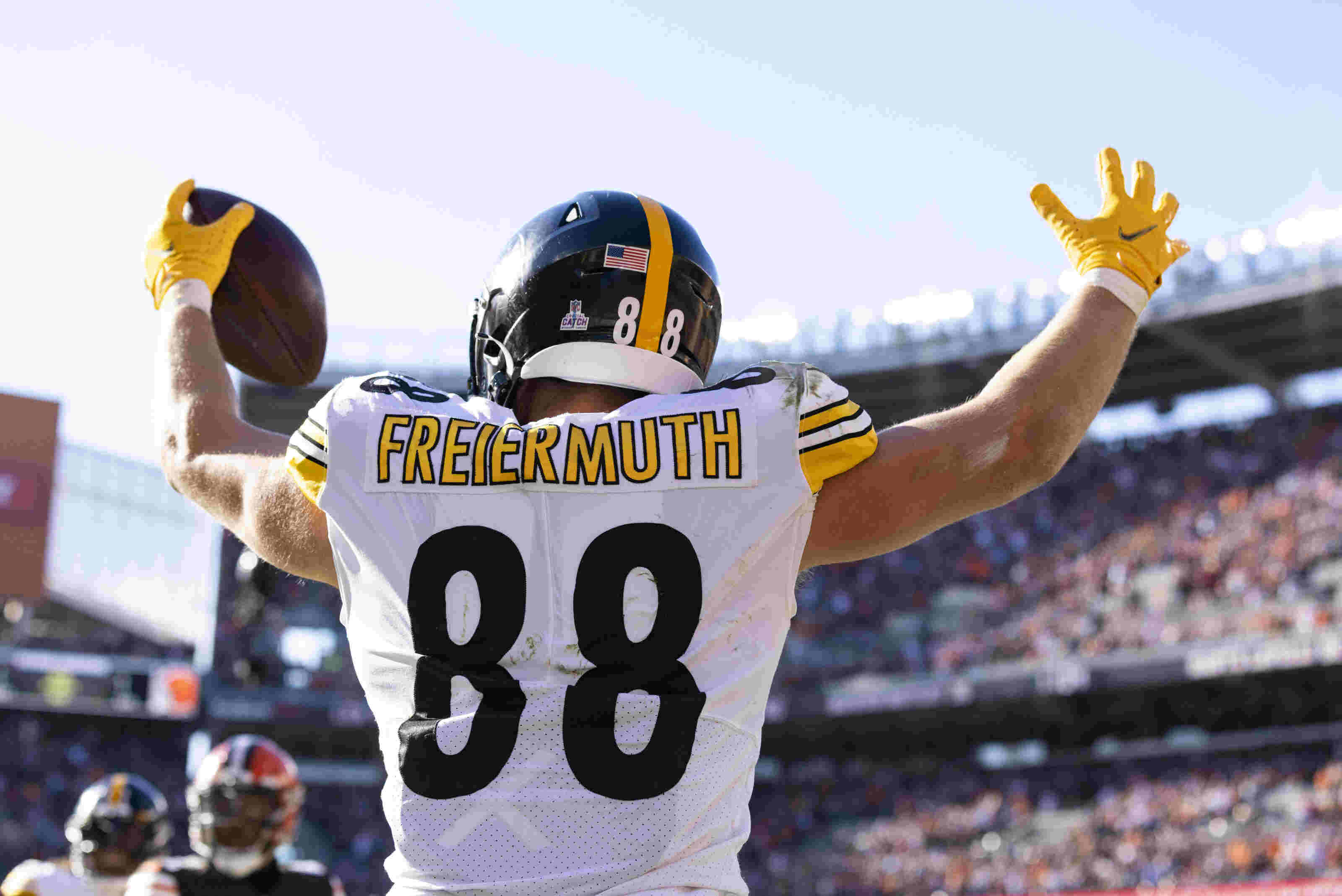 Pat Freiermuth – PIT $4,700 at CIN – Whenever I’m cycling through options for a particular position, I try to keep in mind how others will be doing the same. Everyone who is building a WFS lineup has identical restrictions, and they only differ once we start identifying players we want to use.

As mentioned in the introduction, WFS players are either going to lean on what-is-perceived to be the “safer” options at the top of the salary chain or slide down to the middle range and find someone that fits the right setup without breaking the bank.

That is why Pat Freiermuth is probably going to carry a decent amount of popularity.

Over the last few weeks, Freiermuth has emerged as a “go-to” option for the Pittsburgh Steelers, but he has been especially valuable in the redzone, where he is among the league leaders in targets.

There’s good news on the popularity front, though. The matchup for the Steelers against the Cincinnati Bengals is likely to push people away from this game altogether — at least, from Pittsburgh’s offense against a solid Bengals defense. Attacking the matchup with someone like Freiermuth gains exposure in case the score starts to inflate, and said exposure comes at a moderate cost.