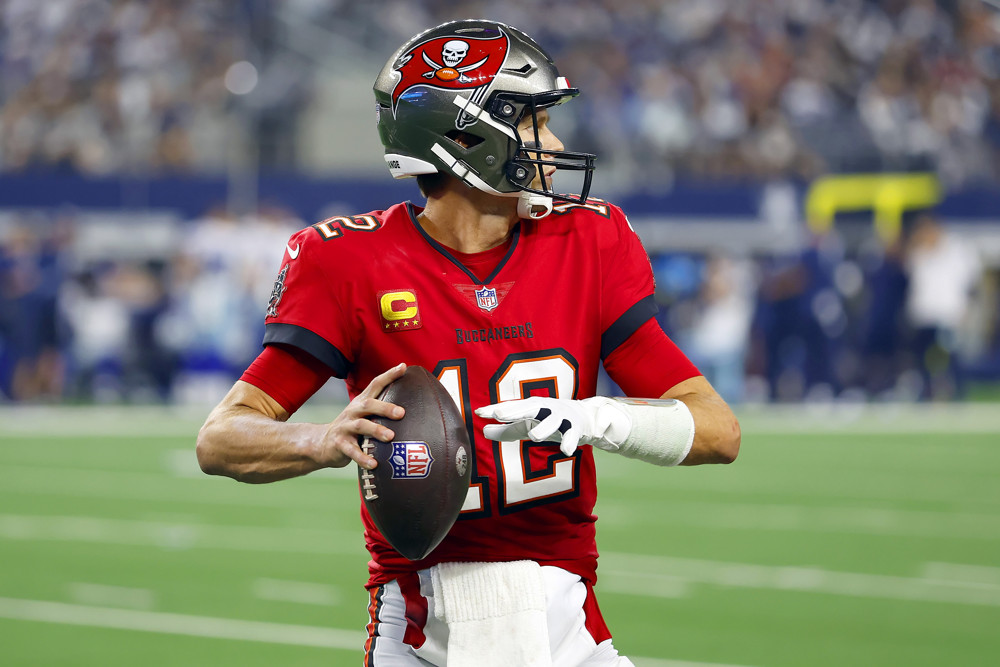 The injury landscape in week 6 of the NFL season is one you need to pay attention to when setting your NFL DFS lineups. There are going to be a number of teams that are banged up defensively and likely won’t be able to play to their expectations. There’s also some underpriced players that have been elevated to new roles. We’ll take a look at a few options that can be the driving force of your lineup at the SuperFlex position on OwnersBox.

Typically I opt for starting a quarterback in the SuperFlex position, but we’ve seen people win OwnersBox $50K Sunday Smash contest without them. We’re really just looking for a player that can give us a high floor and set the table for the rest of the roster. Singletary can undoubtedly do that in week 6.

Pass catching running backs should always be a priority target when they’re going against the Chiefs. Not only is Kansas City 26th in fantasy points allowed to the position, they’re also allowing an NFL worst 9.8 receptions per game to running backs! It’s something the Chiefs are openly allowing opposing offenses to do, they play a two-high, zone coverage that is built to limit explosive passing plays. The result is leaving the underneath and short yardage routes open, which is where receiving backs live.

Only Christian McCaffrey has run more routes then Devin Singletary this season, his 12.6% target share is 18th amongst RB’s and his 18 receptions is 6th at the position. The Chiefs focus will be on putting a cap on Josh Allen and Stefon Diggs, leaving us DFS players to feast with SIngletary in our lineup.

Brady is a NFL DFS quarterback that needs a specific matchup in order to be considered. That’s because he can’t give any sort of rushing upside. But this matchup against the Steelers is exactly what we’re looking for. The Bucs are averaging 41.4 passing attempts per game, which is third in the league. The Steelers will be playing on Sunday without their top-3 corners and Minkah Fitzpatrick.

The Steelers being banged up is one thing, but they’re also 26th in fantasy points allowed to quarterbacks on the season. Giving up 23.6 fantasy points, 298 pass yards and 2 touchdowns per game. They also won’t be able to take advantage of the Bucs biggest offensive weakness, their offensive line. Pittsburgh ranks 29th in pressure rate this season and have the 23rd ranked pass rush grade from PFF.

With both Mike Evans and Chris Godwin being at Brady’s disposal, expect the Bucs to be able to move the ball with ease. After throwing for over 350 yards in back-to-back weeks he still isn’t priced as top-5 option at the position. Include him in your lineup and even look at stacking him with Godwin or Evans.

The Vikings QB is another player that isn’t an every week play, he needs a positive matchup to get a return on investment. The Miami Dolphins present that this week, they rank dead last in pass DVOA and have the 2nd worst coverage grade in the NFL. I’d expect them to rely on Cousins even more considering that Miami is the leagues best run defense.

Saturday Stat: Vikings QB Kirk Cousins has thrown a TD pass in 34 straight games, the longest active streak in the NFL and the 8th longest in NFL history. pic.twitter.com/TJWsjLjoFO

Cousins is averaging 16.3 fantasy points on the season, he’s done that despite four of his five games this season being against defenses that are top-15 in fantasy points allowed to quarterbacks. The Vikings are already top-5 in passing attempts per game this season, in a plus matchup you can expect that to improve.