3 Stacks For Your Week 6 Lineup

3 Stacks On OwnersBox This Week

The best part about playing weekly contests on OwnersBox is chasing quarterback and pass catcher stacks to maximize your performance. The additional SuperFlex spot allows for multiple stack options each and every week. In week 5 it was Josh Allen and Dawson Knox that led to the grand prize winner. It’s no joke that building a lineup with stacks gives you the best chance to finish inside the money. In this article we’ll get into 5 quarterback/wide receiver tandems you could go with in your OwnersBox lineup. I went in depth on these two players individually in my undervalued players article. This is one of the cheaper stacks you can find on OwnersBox this week as Jones is the 3rd lowest priced starting quarterback. But this is a fantastic matchup for Jones as he’s been under plenty of pressure this seaon. But the Cowboys blitz at the 6th lowest rate, giving Jones an opportunity to be more explosive in the pass game.

I’m pairing him with Agholor over Jakobi Meyers as I really believe in the Patriots offense this week and Agholor leads the team in average depth of target at 14.1 yards. Don’t sleep on Agholor as he’s ran a route on 86% of Mac Jones dropbacks. For a combined price of $10,000 of salary I’m including this stack in all my lineups!

Ben Roethlisberger hasn’t produced for fantasy managers so far this season. But the Steelers play host to the Seahawks in prime time this week in what I see as a get right spot for the aging quarterback. The Seahawks have a coverage grade of 48.2 according to PFF, good for 25th in the NFL. They also can’t seem to get after the quarterback, with sack rate below 5%. The pass protection from the Steelers offensive line hasn’t been good this season, but with a softer opponent this is a chance to get back on track.

It’s pretty clear who Big Ben’s favourite target it is, Diontae Johnson. The wide receiver is averaging 9.25 targets per game through 4 games played. Johnson is also the leader in the red zone, as he has 11 targets inside of the 20. This is more than double counterpart Chase Claypool at 4. This duo has a great floor in OwnersBox contests this week. 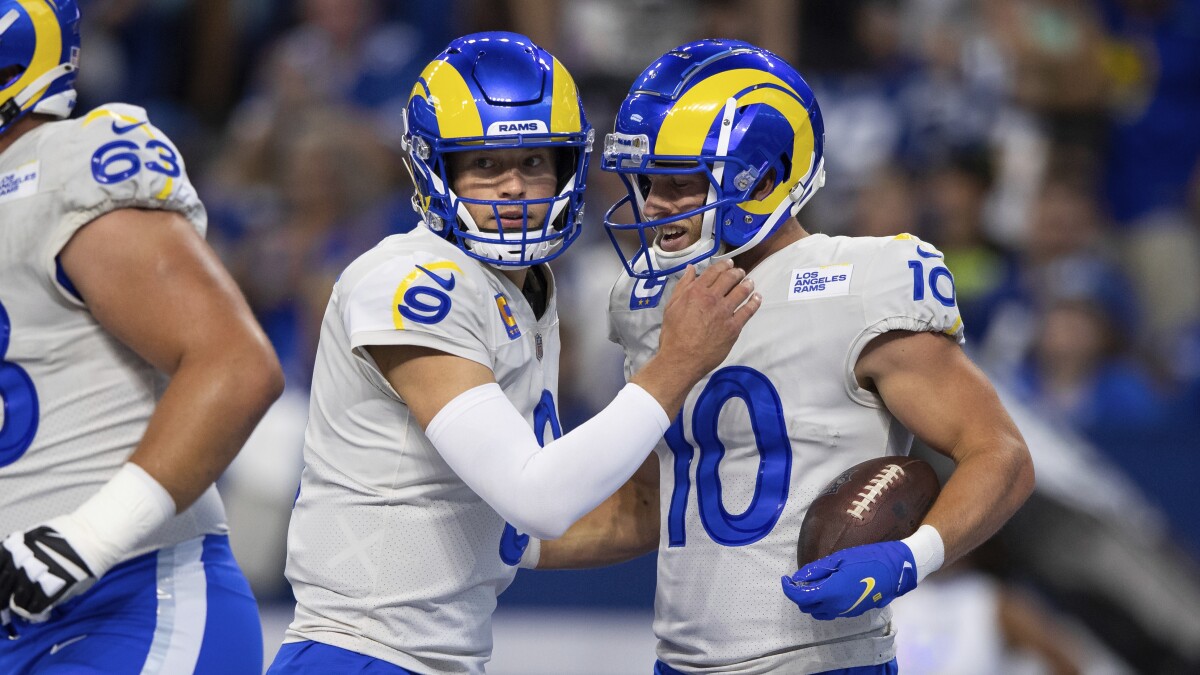 The connection between Matthew Stafford and Cooper Kupp is well documented. But I don’t see this as a chalky play this week against the Giants. If you look at Stafford’s price on OwnersBox this week you’ll see that he’s the last of the elite tier before a $400 break to the next QB. I see a lot contestants spending a couple hundred more dollars to grab Dak Prescott, Aaron Rodgers or Justin Herbert. But this is the stack I want to spend my money on this week.

According to Football Oustiders, this is one of the most lopsided passing matchup in the NFL this week. The Rams rank 2nd in passing DVOA, while the Giants rank 22nd in pass defense DVOA. Kupp has seen double digits targets every game this season and Stafford has thrown for over 300 yards in 3/5 games this season. I’m looking for this stack to carry my lineup this week on OwnersBox at a combined price of $14,500.