Seeing the calendar flip to June gets me all kinds of excited for the NFL season. We are less than 100 days until kickoff. With that being said, that brings us even closer to the start of season long draft season. As such, this may be my last dynasty fantasy football related article of the offseason. We’ve talked rookie sleepers, rookies to avoid and players to rebuild around to name a few.

In this article, we’ll discuss a few low investment options that you can target in a trade in your dynasty fantasy football league’s right now. Some of these players are being looked over with the new crop of rookies that came in. But they’re young enough where there is still plenty of value left to uncover. Let’s get to the players.

The Mike Williams resigning kept the rest of the fantasy football world from finding out about Josh Palmer. Lucky for you though, I am a massive Chargers fan with a pretty good feel for how this team’s future can shape out. I was surprised to see that the Chargers opted not to use either their first our third round pick on a receiver, that spells good news for the former Volunteer.

Heading into 2022 the Chargers will feature Keenan Allen (30), Mike Williams (27), Jalen Guyton (24) and Palmer (22) at the wide receiver position. The remaining depth pieces are legitimately next to nothing. We all know about Williams injury history and although Allen put up his fifth 1,000 yard season his age can’t be ignored.

Palmer likely won’t claim the consistent WR3 position, Jalen Guyton 4.40 speed is necessary on the outside with the deep ball ability of Justin Herbert. Palmer doesn’t rely on off the charts athleticism, but he’s got terrific hands and really high football IQ. He was already a great route runner when arriving to LA, but the opportunity to work with Keenan Allen everyday is going to pay dividends.

An injury in 2022 to either of Williams or Allen puts Palmer in the drivers seat to significant fantasy production with Justin Herbert at QB. If we see his modest 50 targets improve year over year then you’ll be laughing considering his dynasty ADP at 201. This really seems like a no brainer considering his potential upside.

Does this make you feel uncomfortable? Ya I can’t blame you for that. But his ADP is 144, he’s being drafted in dynasty fantasy football start ups around Matt Ryan and Carson Wentz. I think there’s much more upside with Jones then there is with those quarterbacks being drafted when he is. So just hear me out.

This past season was a complete disaster under Joe Judge. The play calling was pedestrian, the offensive line was perhaps the worst in the league and the skill position players couldn’t stay healthy. But there are a few good things to takeaway from Jones’ season. He posted the lowest turnover worthy play rate of his career, which has always been his biggest issue since joining the league.

The big reason for me buying in on him is Brian Daboll stepping in at head coach. We saw what he was able to do with Josh Allen and Jones has shown he’s capable of running the football too. Jones posted 300 yards in 11 games this past season and 423 yards in 2020. The former Duke Blue Devil has a strong arm of his own too, like Daboll did with Allen, all he has to do is hone it in to be a more accurate and patient passer.

As you may or may or not already know, Jones had his fifth year option declined, meaning that this could be his last season in New York. This is a make or break year for him, so there is certainly some risk tied into this investment. But I really think he has a chance to find success this season and he’s a perfect second QB in SuperFlex or 2QB leagues this coming season.

I spent a lot of time looking for a third player, but DPJ sticks out as someone that has immediate upside. Whenever it is that Deshaun Watson makes his debut with the Browns, Peoples-Jones profile is primed for big play opportunity. The former Michigan Wolverine is still just 23 years old and was a 6th round pick in 2020.

Last season Kevin Stefanski had him running primarily on the outside, that’s where 80.2% of his snaps came from. As a result, he was the team’s primary deep threat. His average depth of target ranked 4th in the NFL at 14.7 yards and his yards per reception was 17.6 yards which was 3rd overall at the position.

The pairing with Baker Mayfield wasn’t quite as fruitful as the potential one with Watson. In 2020, Watson was 3rd in the NFL in average depth of target and 6th in adjusted completion percentage on passes of 20+ yards. If you haven’t connected the dots already, Peoples-Jones role would remind me a lot of the one Will Fuller had with Watson in Houston.

You certainly wouldn’t be buying low on DPJ right now but if Kareem Hunt is released then that would further improve his outlook for 2022. Amari Cooper and David Bell don’t have the deep threat ability he has so that leaves only Anthony Schwartz to cut into his role. But an over 77% snap share in 2021 is a good sign for 2022. I’d go buy him as in start ups he’s got an ADP of 182. 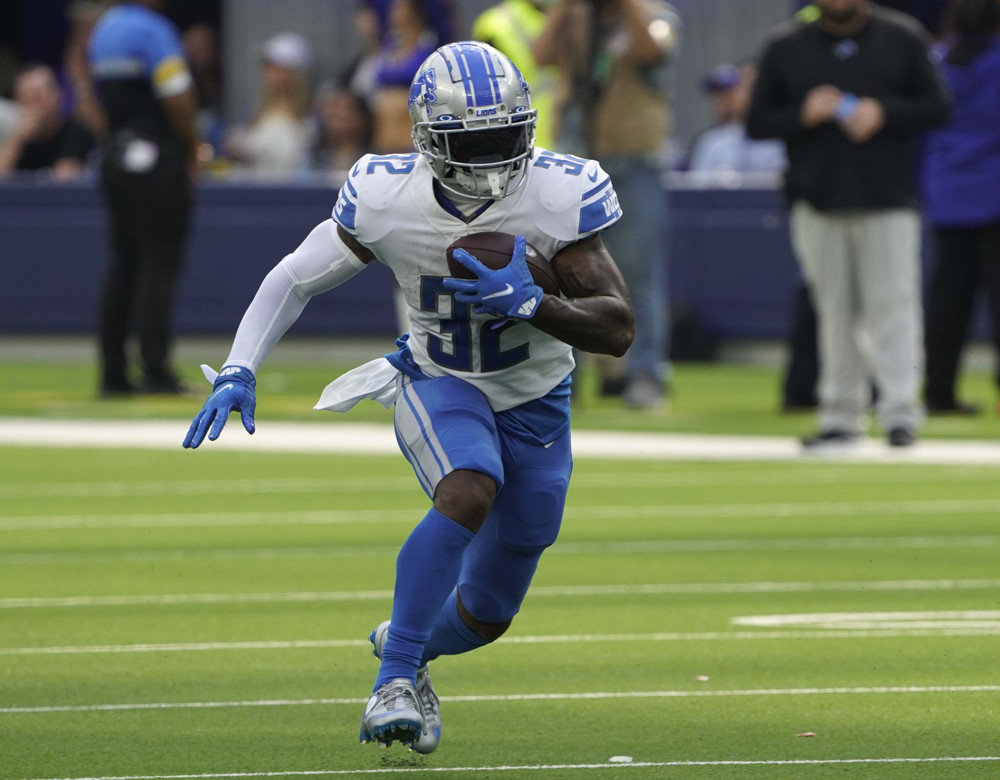