3 Running Backs For Your Week 18 Lineup

3 Running Backs For Week 18 on OwnersBox

The season long fantasy football season has come to a close. I hope our team was able to play a part in leading you to a fantasy championship this season! But now we look to week 18 and DFS fantasy football so you can continue to get your fantasy fix. There is no better place to do that than the OwnersBox SuperFlex Salary Cap contests. With an added SuperFlex position and no defense or kicker, it’s all about offense. Just how fantasy football should be played.

In this article I will give you 3 running backs that are at an excellent price this week and could be a difference maker for your lineup in our $15k NFL contest on Sunday! 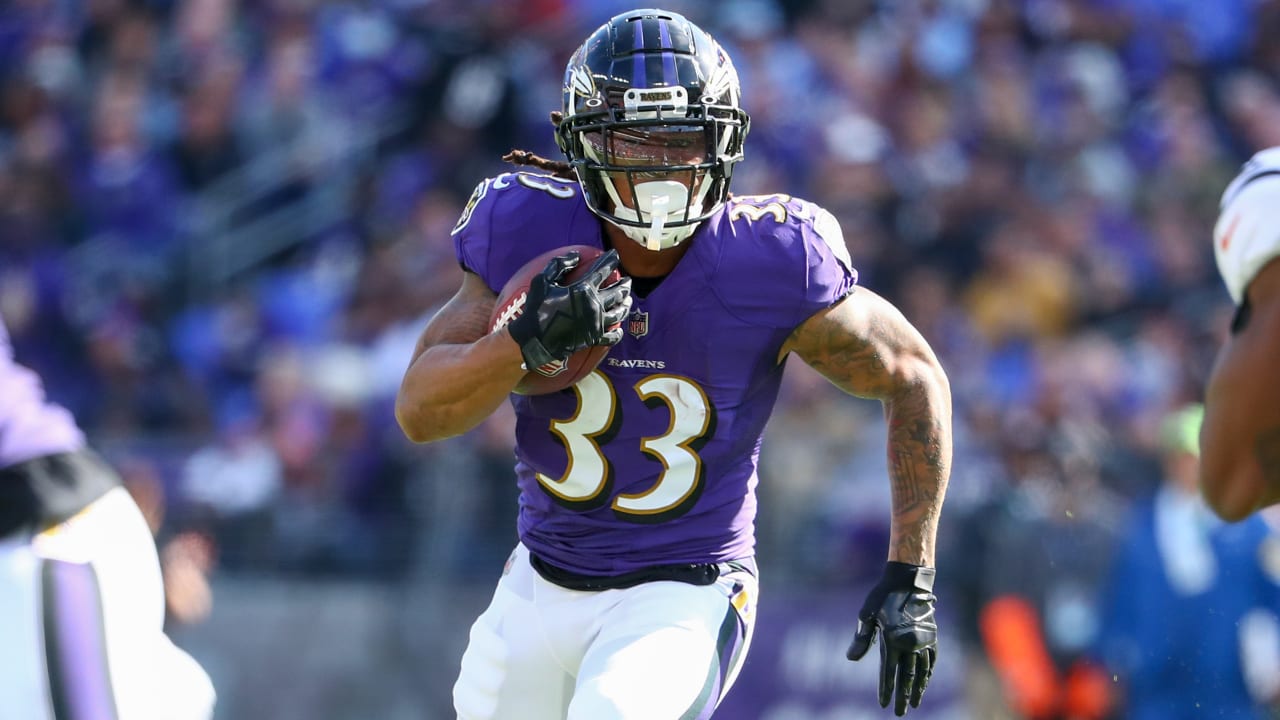 I feel like I’ve talked about Freeman every few weeks. But his price on OwnersBox has been quite low all season long, especially for a starting running back on a run heavy team. His total fantasy points this season have him right in that RB3/FLEX territory so in a quality matchup he can be a valuable piece to the puzzle.

Kevin Stefanski was getting some heavy criticism on Monday night against the Steelers. He wasn’t running the football nearly enough early in the game. The Steelers have a terrible run front, they’re last in opponent yards per carry, 27th in rushing DVOA and give up the 6th most fantasy points to running backs. They’re atrocious on the second level, giving up consistent chunk plays of 5+ and 10+ yards. They’re 30th in second level yards and 31st in open field yards.

Freeman has been consistently outplaying Latavius Murray this season, Murray is averaging just 3.4 yards per carry. In a must win game for the Ravens I see Freeman playing an important role in a Ravens win at home on Sunday. 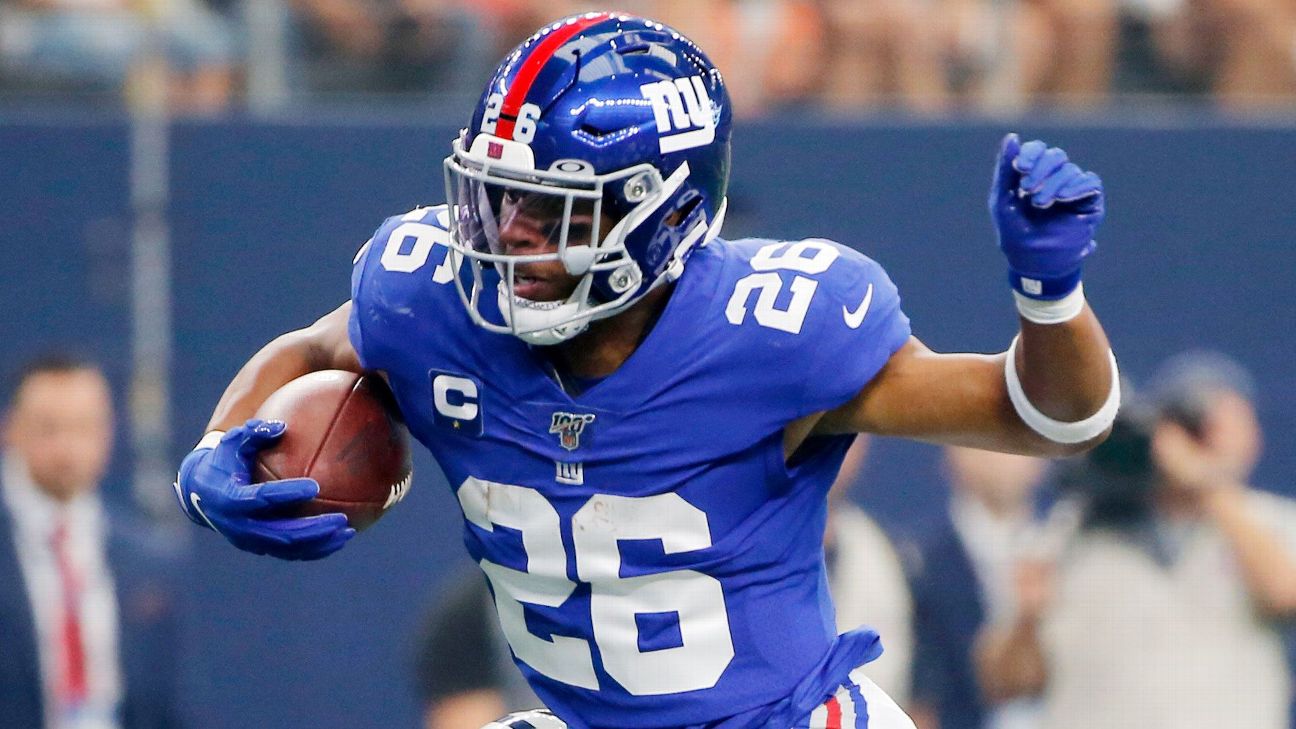 Saquon had his first 100-yard rushing game of the season last week against the Bears. In a game the Giants lost by 26-points they ran the ball 40 times. This franchise man, just such an embarrassment. I guess they figured no matter the situation they were better off running the ball then letting Mike Glennon throw it. Hilarious to see him with 11 attempts and 4 completions in a game script like that.

Let’s move along to talking about Barkley. He looked good last week, he was consistently going up against stacked boxes and found ways to be productive. His longest run of the day was only 10-yards, it’s not like his 102-yards came off a big chunk play. Which is great to see.

The only thing missing for Barkley is finding the end zone. Good news for Barkley this week though as the Football Team is giving up the 6th most red zone scoring attempts per game. They also rank 19th in opponent touchdown percentage inside the red zone as well. If we get Barkley’s heavy volume tied with a touchdown he’s one of the best values on the week. 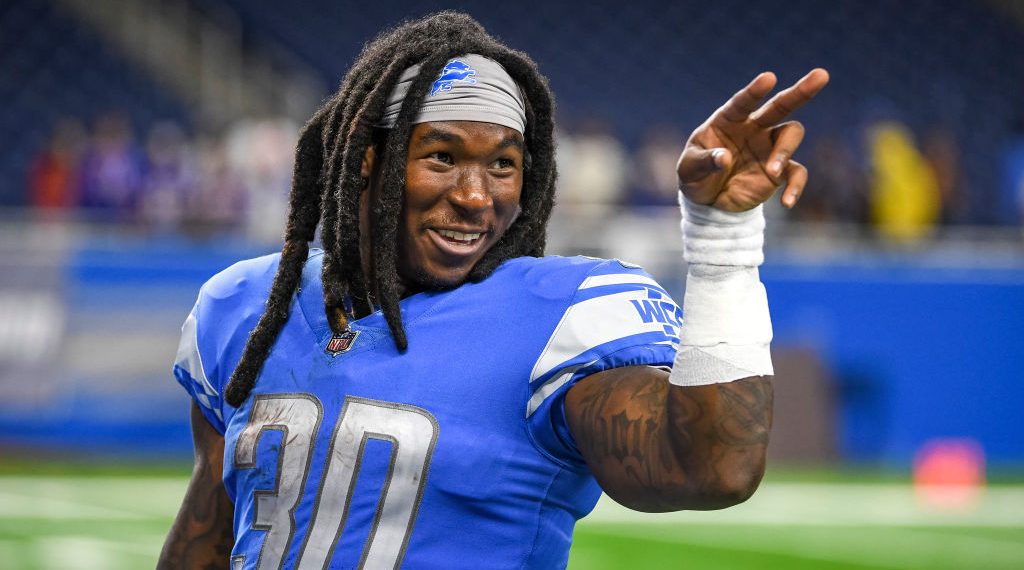 The Lions are closing out the season at home against a Packers team is apparently playing its starters according to Matt Lafleur. I’d expect to see a pre-season style approach with many guys playing just the first half. Lafleur was just concerned with players sitting for 3 weeks without any game action. But enough on the Packers, let’s talk about Williams this week.

D’Andre Swfit made his return in week 17 and hopefully you didn’t listen to Dan Campbell when he said he was going to “cut him loose”. Swift had just 4 carries despite playing 57% of offensive snaps and he told reporters this week that he doesn’t expect his role to change. That leaves Williams, who led the team in rushing attempts and found the end zone last week.

The Lions should be able to move the ball on the ground. The Packers are 28th in rushing DVOA and give up the 2nd most rushing yards per carry at a 4.8 yard clip. I think Williams finds some success against his former team in the season finale.