3 Running Backs For Your Week 17 Lineup 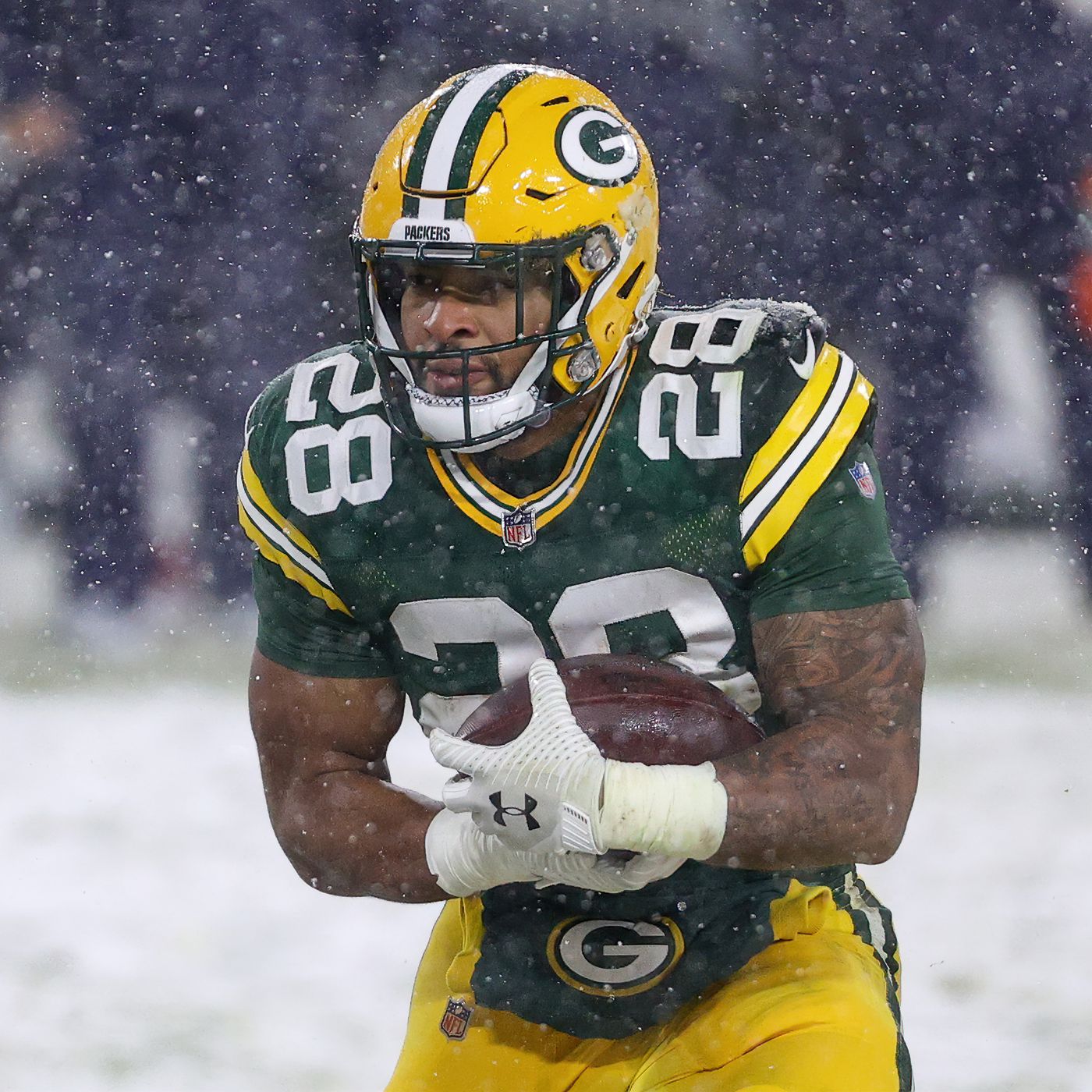 3 Running Backs For Week 17 on OwnersBox

If you’ve been reading my articles all year, you know that when I’m selecting my 3 favorite players at a position for the week I like to avoid the chalk. I also don’t want to list some of the top players at the position because you already know how good they are. Instead we will find the best value running backs this week so that you can spend up on those big name players. Let’s get to it. 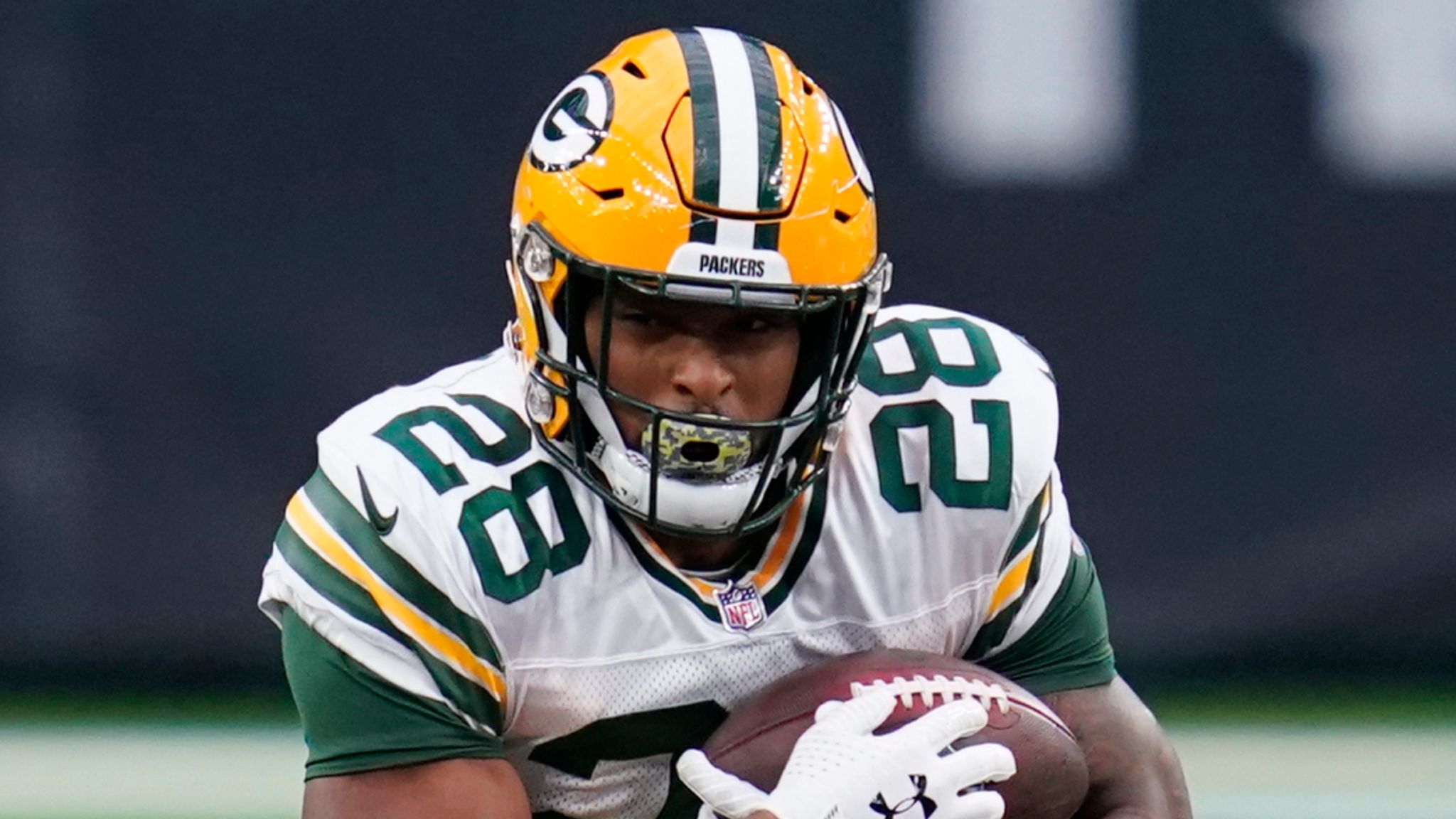 The Minnesota Vikings have been one of the worst teams against the run in the NFL this season. They’re allowing the 3rd most yards per rushing attempt at 4.7 and they’re allowing the 10th most fantasy points per game to the running back position. This is great news for the Packers running backs as 6.5 point favorites at home on Sunday night.

Aaron Jones is the Packers lead back but it’s by a very slim margin. This season, Jones has had a 56% snap share to Dillon’s 41% and they’ve pretty well split the rushing work as Dillon has a 42% share of rushing attempts to Jones’ 43%. What’s even more interesting when you dive into the numbers is that Dillon has a 56% share of the teams rushing attempts inside the 5-yard line to Jones having a 38% share. Finally, Dillon has out carried Jones in the red zone as well 35 to 32.

Dillon is basically splitting the rushing work with Jones but has an advantage in those high value carries inside the red zone and 5-yard line. But you’re getting him for $900 less on OwnersBox. You can play Dillon with confidence this week against the Vikings. 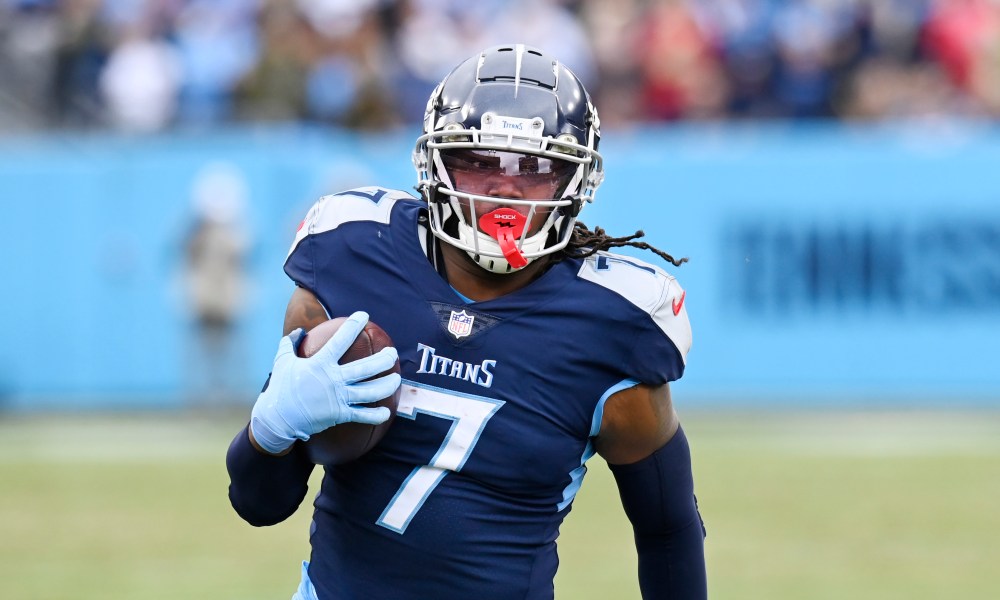 The Miami Dolphins are the most overrated team in the NFL right now. Their 7 game win streak has been against some of the worst quarterbacks in the sport. This week they are on the road at the Titans who are 6-2 at home this season. I think the Titans will expose the Dolphins this week and D’onta Foreman is in for some serious volume.

The Titans are running the ball at the 3rd highest rate in the NFL, putting the ball on the ground at 47.5% rate. Since Derrick Henry’s departure, Foreman has separated himself as the Titans lead back. In this last 4 games, Foreman has averaged 17 touches per game.

Even since Henry’s injury, Vrabel has still loved to run the football all season long. That should continue with Ryan Tannehill going up against a good Dolphins secondary. Foreman should see plenty of opportunity and he’s getting those high value touches as well.

This one is a bit of a deep shot here. But man if you saw that touchdown run this past week against the Panthers you saw some serious juice from the sophomore running back. You also may have noticed that Ronald Jones wasn’t too productive with his opportunity against Carolina, averaging 3.2 yards per carry.

Now, I’m not insinuating that Vaughn will challenge Jones for the lead back role but perhaps that big play will be rewarded with some additional carries in a cupcake matchup with the Jets. He’s also been the back Arians has gone to in passing situations, since Fournette went down Vaughn’s route participation is at 29% to Jones’ 26%. But what’s most evident is his work in long down and distance (73% last week to Jones’ 0%) and 2-minute drill snaps (75% last week to Jones’ 25%).

As 13.5 point favorites, the Bucs could run away with things early. If that’s the case they’d likely be happy to pass along the lead back role to Vaughn to avoid another injury to one of their lead running backs. But in any case, I’m happy to pay $4600 for a running back with a good game script even if he isn’t the top option.