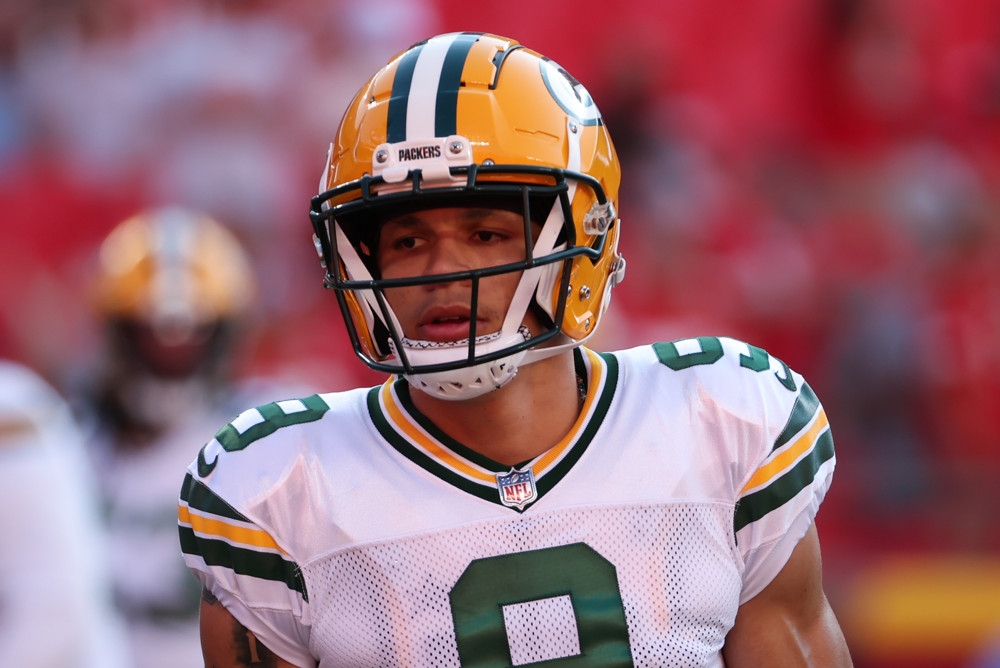 Welcome to the Week 10 main slate at OwnersBox! We will be honing in on 3 wide receivers in this weeks article, and trust me, it is thin pickings here in Week 10. I can’t believe I have to write about some of these guys that you will see below, but we need to roster at least 2 WR’s per team. That being said, the options are less than appealing, and you will be paying top dollar for the best options on the slate, with very little value at the bottom.

The hope here is that the WR position does not break your day on Sunday. I will be looking for value mostly here, and paying up for the other positions on most of my teams. Regardless, there are always hidden gems that need to be found, and that is what we will try to do. Lets get into this weeks plays.

Kicking things off with a guy like Mack Hollins isn’t ideal, but as I said in the intro, the options for value are few and far between this week. With Renfrow out and the Raiders in total shambles, we are making a bet on some positive regression and the Raiders getting things back on track against a truly horrendous IND team that just hired Jeff Saturday as their new coach. This one isn’t very complicated. We have seen the big Mack Hollins game earlier this year in the same spot (good matchup, no Renfrow). Now, we can remove Waller as well, freeing up more targets and routes for Hollins. The price is fair at $4,300 on OwnersBox, and I think we have to take shots on cheap guys like Mack this week in order to free up salary for the rest of our build.

Don’t expect another 30 piece from Mack, though. If he can grind us out 5/70 or a line similar to that, it might be enough with the overall lack of value this week. Let’s look to target Mack as some salary relief here.

Adams is coming off a monster game in which he went completely ham in the first half before coming back to earth in the 2nd. It shouldn’t be a surprise that we are targeting Adams this week, given the aforementioned absences of Waller and Renfrow. For some reason, Adams is priced cheaper than the likes of Tyreek Hill, Cooper Kupp, and Justin Jefferson. These players are always going to all project very close to one another, so if you’re giving me a discount AND 2 of the top 4 pass catchers on the team being OUT, I will happily slam Adams.

This is going to create a nice little core for me this week in Carr, Adams, Hollins. I am sure that will be somewhat popular, so be sure to add some differentiation in your lineup at some point. Either way, it is a spot I won’t be passing up on this slate that really is starving for value.

YUCK! This is the type of play that I really don’t try to include in my builds very often, but I’m just not seeing a way around playing some of these cheap guys this week with such little value available. Watson has been injury prone this season, failing to finish multiple games in which he has started. His last game, I believe he was injured on his first catch and left for the remainder of the game. Anyways, the past is the past and Watson is supposed to be good to go this Sunday.

Matt LaFleur says “We can give him everything,” in terms of what Christian Watson can handle.

Aaron Rodgers said yesterday Watson was a big part of their gameplan vs Buffalo but we haven’t seen him get a lot of chances to actually play WR.

Has to stay healthy.

I will again emphasize that this is simply a value dart throw and a salary savings play. Yes, Romeo Doubs is out and Watson *should* slide into the WR2 position behind Lazard. At this cheap price, and with a QB we know is capable of throwing for a lot of yards (although we haven’t seen it all year from the former MVP) it is worth a few shots in tournaments. This is not a safe play at all and legitimately has 0 fantasy points in his range of outcomes, but also has 5/80/TD in range as well. If you catch that for $3,800 at assumingly low ownership, you will be mint on a slate like this. Don’t go crazy, but don’t be afraid to take some shots on Watson this week.