3 Must Start SuperFlex Quarterbacks In Week 11 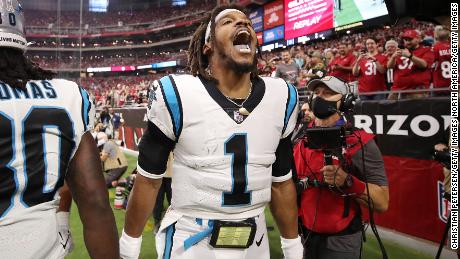 Cam Newton ($6,000) – Superman Cam is back. He’s expected to start this week against the Football Team, and I think he’s way too underpriced on OwnersBox. Cam is the number 1 goal line threat every time they’re down there, and this Football Team defense isn’t what it used to be. They also just lost Chase Young for the season with a torn ACL, which should relieve some pressure on this offense. Nobody has the touchdown upside Cam does down at that price, so make sure he’s in your season long and OwnersBox lineups. Jimmy Garoppolo ($5,900) – You might be surprised to hear it, but Jimmy G has been on a bit of a hot streak. He’s scored 2 touchdowns in each of the past 3 games and thrown for over 800 in that span. Deebo Samuel has established himself as an elite WR1, and George Kittle is back and fully healthy. The 49ers take on the Jaguars this week, so I don’t see this being the end of his hot streak. He’s one of the lowest priced starting QBs on the week so take advantage of that and throw him in your lineup.

Derek Carr ($6,400) – There’s been plenty of controversy surrounding the Raiders this season, but despite that Derek Carr has still been playing well. He’s thrown for 2 touchdowns in 7 of his 9 games this season, playing like classic Derek Carr putting up QB2 type numbers. Their opponent on the other hand, the Bengals, have been going downhill quick. Before their bye last week they got blown out by the Browns and lost to the Jets in a close game. Both Baker Mayfield and Mike White had great games against this defense that has heavily regressed since their great start. If you’re looking to save some salary this week but still want a safe floor, there’s no one better than Carr.