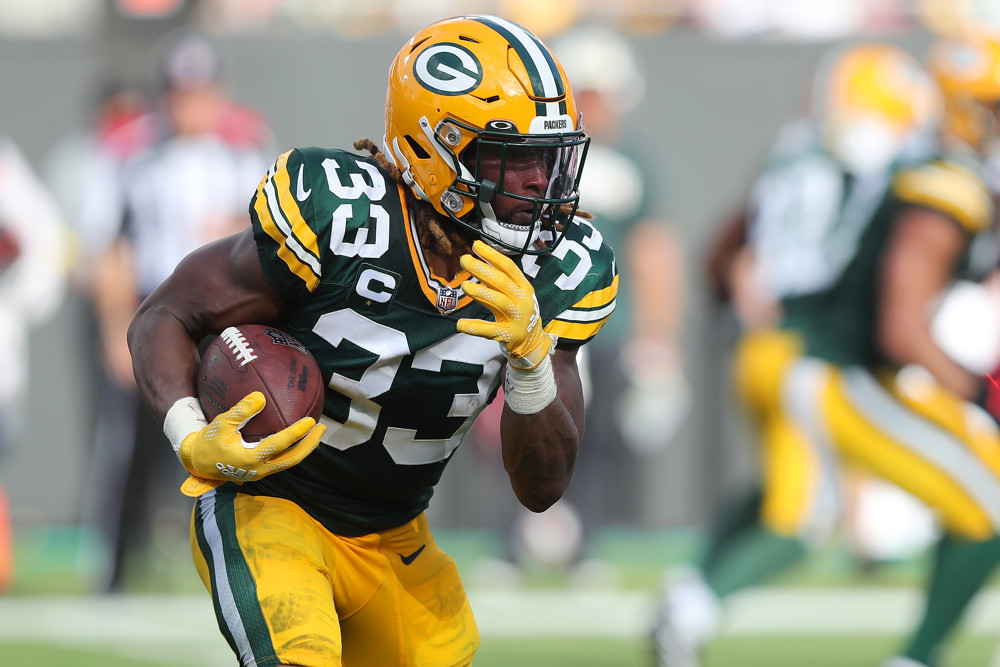 Welcome to the Week 9 Main Slate at OwnersBox! This week I’ll be focusing on the running backs for this slate, and picking three of them to target this week in your OwnersBox contests. The pricing is a bit more difficult than it has been in weeks past, so being able to locate the value at RB will be important. I have two value plays and a higher priced player that I will be focusing on in Week 9 NFL DFS, so let’s get right to it.

We will lead things off with Foreman, and I think this is a very safe high floor, high ceiling type of play to start your lineups with this week. We have seen Foreman takeover this backfield since the departure of Christian McCaffrey and the injury to Chuba Hubbard. With Hubbard being ruled out for Sunday, it will be his backfield once again, against a defense that has been in the bottom third in all rushing categories, including giving up over 125 yards per game on the ground.

We know the Panthers don’t want PJ Walker chucking the ball all over the field all day, but he might have to if the Benglas get out to a big lead. However, I think they commit to Foreman and give him the ball 20+ times almost regardless of the game script. There is a bit of bad game script risk  here where the Panthers have to abandon the run to play from behind, but I won’t let that fear stop me from getting to Foreman here at $5,500. I’ll be looking for another strong game with CMC gone and Hubbard inactive.

As a man who played D’Andre Swift last week, I may have some bias when writing this, but I think the bias may actually be warranted here. The Lions have given us an overwhelming amount of evidence that they do not want D’Andre Swift to be used in high volume. Last week, Swift played 33 snaps and Jamaal played 22. Jamaal received 10 carries to Swift’s 5, although Swift did catch 5 balls. Now, Lions coach Dan Campbell said the plan is to get D’Andre Swift in the game vs. Green Bay and “see where he’s at”.

While some will interpret that as bullish, I just simply do not believe Dan Campbell. He talks up Swift constantly and then never plays the guy. It is super tilting being someone who has played a ton of Swift over the last year or so and seen Jamaal score like 20 touchdowns with Swift on the sidelines. I’m not falling for it this week, so we will take the discount with Jamaal and enjoy the vulture TD’s he frequently takes from Swift. I’ll have shares of Swift as well just because he can crush in low volume if he finds the box twice or breaks a long one, although I’ll definitely have more Jamaal. As a side note, I certainly don’t recommend playing them in the same lineup.

Jones was heavily involved in the Packers Sunday night game against Buffalo last week and looked great on all aspects. He played about 67% of snaps and is often times involved in the play when on the field. The matchup couldn’t get much better, with the Lions still being one of the worst defensive teams in the league and a team I will be targeting all season. Run it back with Williams or Swift on the other side and I think that creates some nice correlation in your teams here.

The pass catching upside that Jones has is complimented by just as much rushing upside, which we saw last week. Green Bay is clearly short at WR and I think Jones picks up some of the available usage as he has in the past few games. If we can get 100+ yards and 2TD’s from Jones here, I think that puts us in a great spot on this slate. Look for Jones to crush this struggling Lions defense on Sunday.