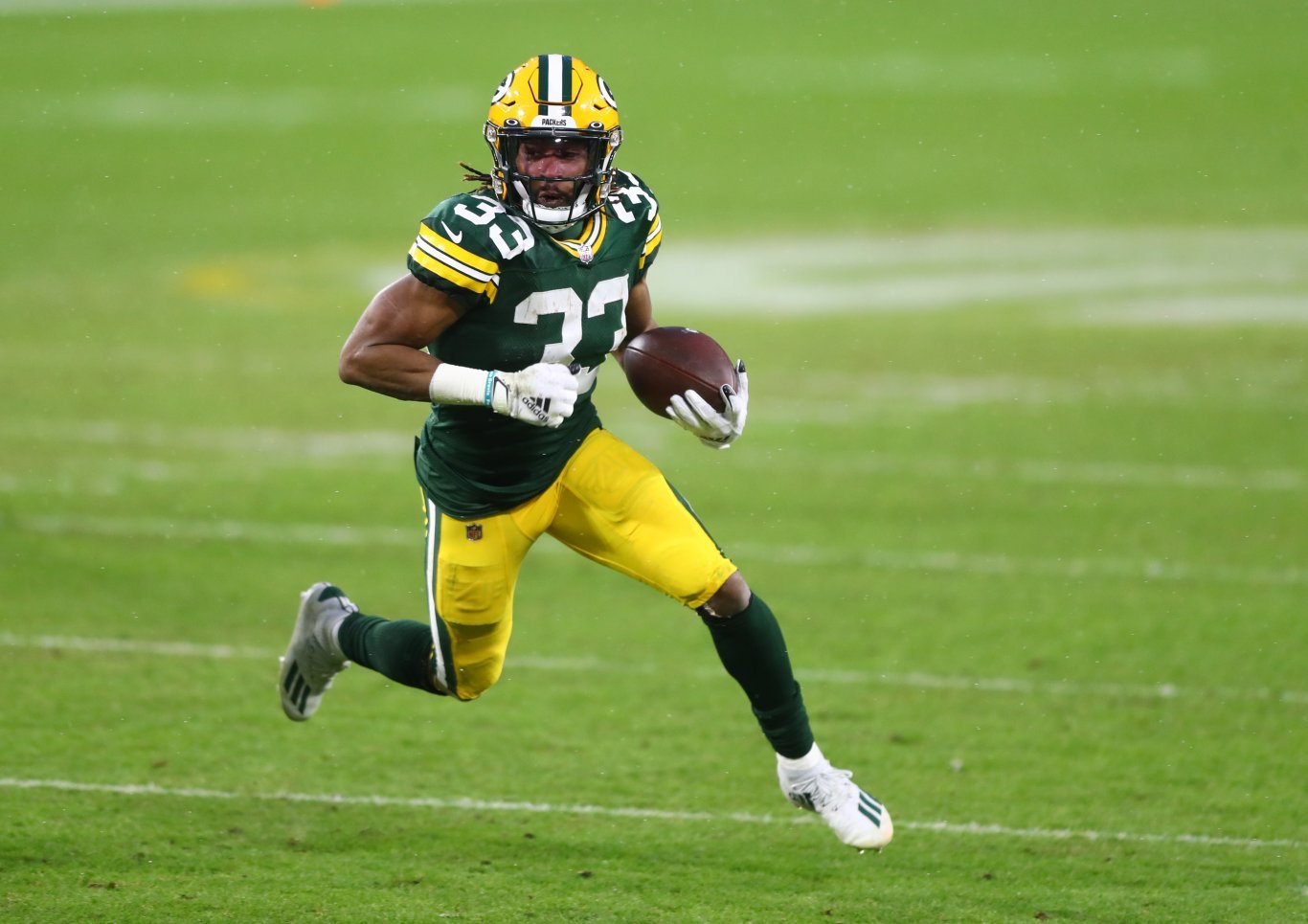 Running backs are what will win, or lose you your fantasy league, so getting them right is a necessity. I recently made my top 10 2021 fantasy football running back rankings, which you can check out here:

Now we need to rank the guys from 11-20. Here we have a mix of guys with league winning upside, and safe RB2 options. Lets get into the rankings:

I’ve gone in depth in the past on Swift, talking about how much I love him this year. To me, he has league winning upside, despite Jamaal Williams coming in. With AP and Kerryon Johnson gone, he’s the only returning piece of this backfield. The Lions also lost Golladay and Marvin Jones, so there’s plenty of targets to go around. This offense likely won’t be very good, but Swift definitely is, so they’re going to feed him regularly. Look at how well he did when given 10+ carries a game last year: 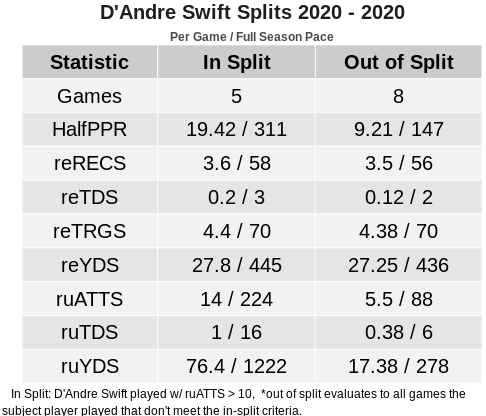 I don’t think 10 carries a game is too much to ask for with Swift.

Jones has finished as a top 5 RB each of the past two seasons. My concern comes with Aaron Rodgers. If Rodgers doesn’t come back to Green Bay, it hurts his upside significantly. Jones has always been an underrated back in terms of talent, and maybe I’m fading him too hard, but I just look for safety with my first couple picks of the draft. I wouldn’t be surprised to see him be a top 10 RB again this year, but I’d rather bet on these guys I have ahead of him.

I would be even higher on Gibson if it wasn’t for his turf toe injury. We heard that Gibson didn’t get surgery on his toe after injuring it at the end of last season, which isn’t a good sign. His chance of reinjuring it definitely goes up, which makes me weary about his longevity this season. Other than that I love Gibson. His involvement in the passing game will increase, as McKissic was terribly efficient last year. He’s going to be the goal line back and this offense should be improved with Fitzpatrick in there. He’s a very game script proof back too, as they’ll use him if winning or losing. Just look at the splits:

If he stays healthy, I could see a top 10 season from him. 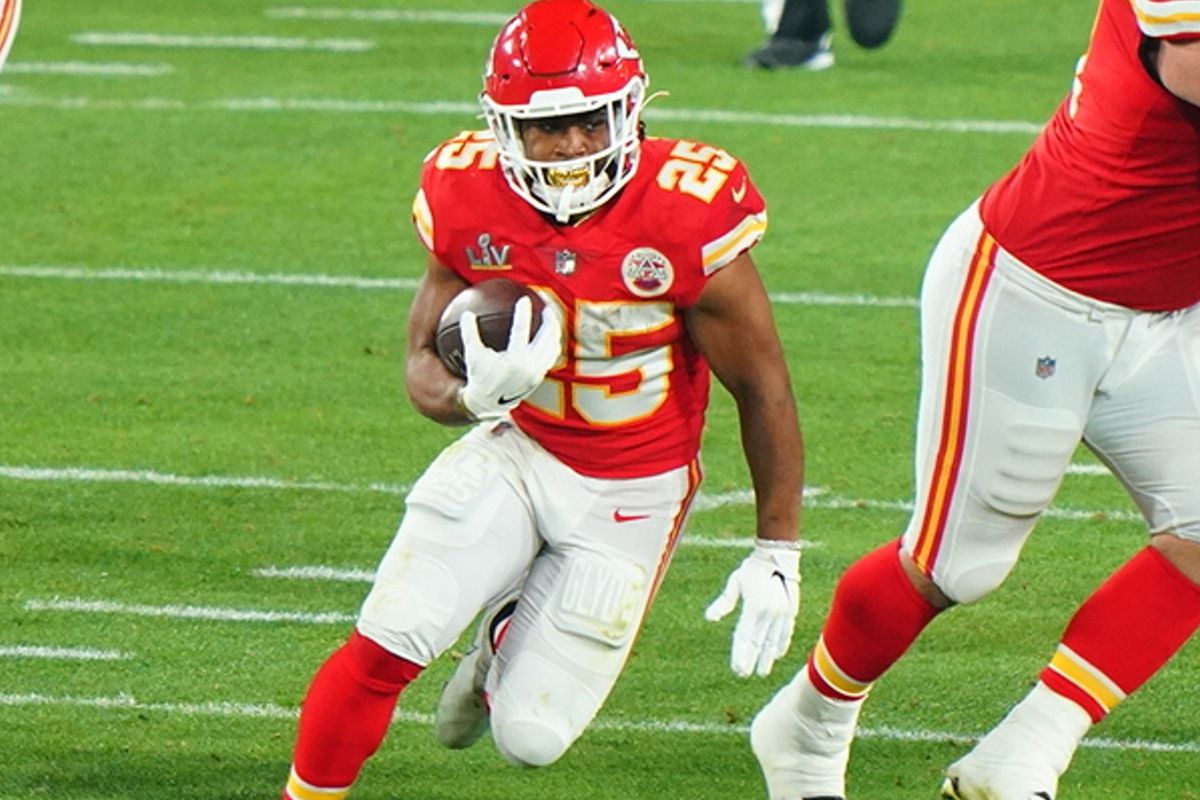 I was very high on Clyde last season, clearly that didn’t work out too well for me. He wasn’t nearly as involved in the passing game or the goal line work as I had hoped, but there’s reason to believe that will change. The Chiefs didn’t bring in any competition, Bell is gone and the offensive line is much improved. Reid has always been hesitant to fully involve rookies in the game plan, so it’s realistic to expect a much larger role this season. He may not have that league winning upside we thought, but Clyde is still a great value in the 2nd round.

Dobbins got drafted into one of, if not the leagues best rushing offense last year. With the departure of Mark Ingram, clearly they want to get him more involved. It’s still not entirely his backfield though, as Gus Edwards and Lamar Jackson will each get their share of touches. He’s going to be very efficient and likely have a pretty high touchdown ceiling, but there are some worries.

Lamar rarely throws to his backs as he prefers to just take it himself, plus as I mentioned, he’s going to be in a committee. I still expect him to lead this backfield in touches, giving him a safe floor, but his ceiling may be capped. Just like with Swift, look how well he does with 10+ carries: 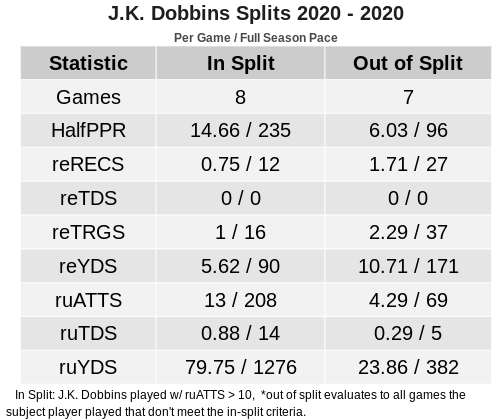