There are just 3 games left in the 2021 NFL season. With that we have Conference Championship weekend and a Sunday with 2 games. This makes for a diverse approach when it comes to building your lineup on OwnersBox this week. Especially when it comes to the additional SuperFlex spot. I like to always include a quarterback in the SuperFlex position, but with the field so slim it warrants consideration to look at another position. Not just from a salary standpoint but the opportunity to get better production from another position.

Here are two of my favorite players this weekend that I will be building my lineup around.

From a fantasy perspective, Kittle has been pretty quiet since Christmas time. Last weekend was the first time he recorded double digit fantasy points since December 19th against the Falcons. That doesn’t mean he isn’t making an impact offensively. You could argue Kittle is the most important player in the 49ers offense, Deebo Samuel included. His work in the trenches is vital to Kyle Shanahan’s zone running game.

Kittle is also the perfect target for Jimmy Garoppolo against the Rams defense. San Francisco likes to run a lot of split zone to spread out the opposing defense horizontally. On this play-call George Kittle is constantly motioning across the line to spread the defense out horizontally and open up the middle of the field. Against Los Angeles, 69% of Garoppolo’s throws have gone to the middle of the field. The vast majority of which were 0-9 yards from the line of scrimmage.

The reason Garoppolo is targeting this area so often is because the Rams stack the box at the lowest rate in the NFL. This is because they like to play a lot of cover-2 zone. This defensive package leaves the short area of the field for opposing offenses to settle for which Garoppolo is happy to do. PFF grades Kittle as the 4th best pass catcher against zone coverage this season and 64.4% of his targets come against zone coverage.

Kittle will play a major factor for the 49ers in this matchup and he can be a pillar for your lineup on OwnersBox this weekend. 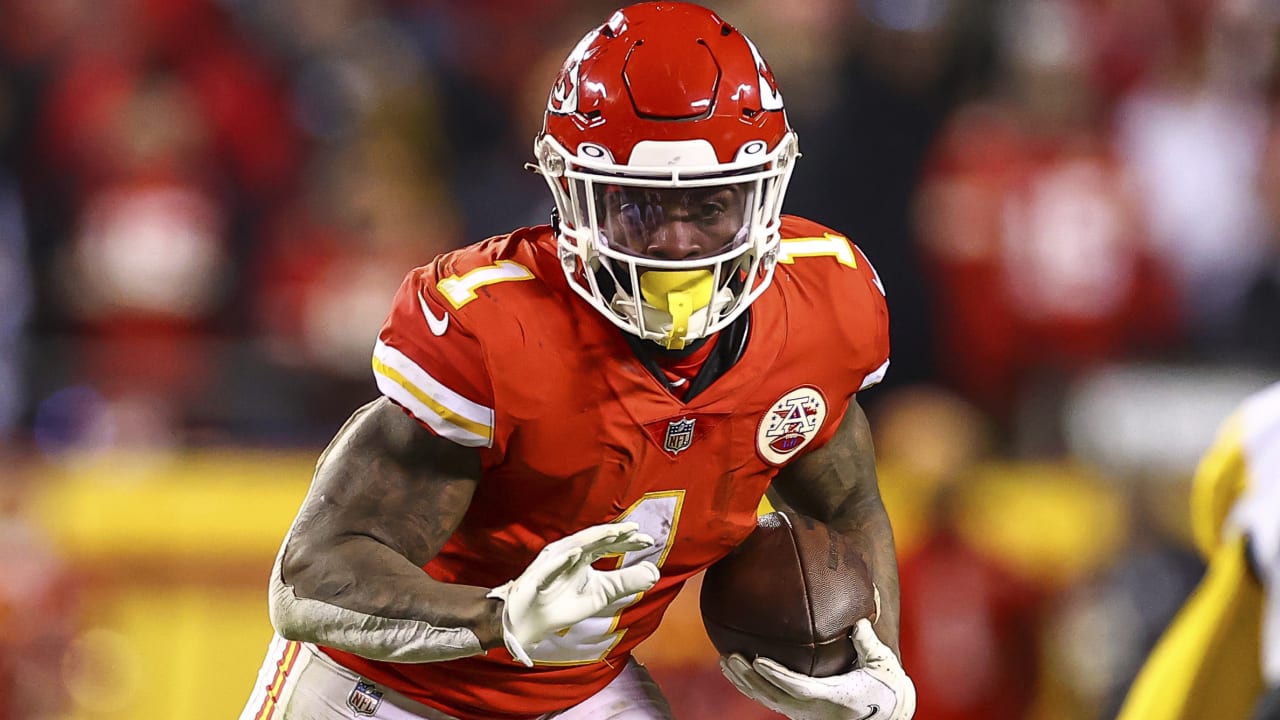 It took literally the entire regular season for Jerick McKinnon to get involved in the Chiefs offense. His impact in the receiving game has given Patrick Mahomes another reliable option. He has 11 receptions and 115 receiving yards in the playoffs so far, giving no reason for the Chiefs to hand back the reigns to Clyde Edwards-Helaire. Who McKinnon out snapped 53-23 in the Divisional Round.

I’d expect the Bengals defensive strategy to be very similar to that of the Bills. Which was largely successful prior to the final 2:00 of regulation. The Chiefs had scoring drives of 11, 13 and 14 plays. Buffalo played in two high coverages nearly exclusively and Mahomes ultimately didn’t have a pass attempt of 20+ yards. Thus forcing him into checking the ball down and looking to short areas of the field.

Those check downs and short route concepts are a perfect fit for Jerrick McKinnon. The Bengals are giving up the 3rd most receiving yards to the running back position this season. Logan Wilson and Germaine Pratt, the Bengals nickel linebackers, have struggled in coverage. The Bengals will be happy to concede receptions to McKinnon if it means less completions to Tyreek Hill and Travis Kelce.

Take advantage of the Bengals lack of respect for McKinnon and include him in your lineup this weekend as the focal point to getting you in the pay zone.