As we have written throughout the year, the urge to play two quarterbacks in an OwnersBox lineup is strong simply because we can. And, in many cases, it’s the right approach.

For Wild Card Weekend, the limited number of actual games and players will shorten our list of targets dramatically. Here, we can choose to split up our top-two quarterbacks or play them together.

That’s the focus of this article. To trim the twelve available quarterbacks down to two.

Dak Prescott – $7,300 vs. SF – When trying to gain an edge in WFS, it’s important to think like others. “What will people do when they see the choices atop the quarterback list?” Pricing being as important as it is, this is a great exercise when comparing one to the next.

At the top of the list is Tom Brady, and it makes sense for a number of reasons. But, besides the obvious upside that he brings, he also “only” costs $200 more than Dak Prescott.

“Only” is the operative word because, if we are thinking like others, we can see that the discount is negligible. There is no incentive to drop in price to Prescott.

Which is exactly why we should.

In addition to the player above him in the salary range, Prescott also sits ahead of Patrick Mahomes and Josh Allen — again, by a ridiculously small margin. This will force the players to be viewed as a “group,” and it will help disperse popularity.

Prescott has put together a flat-out amazing season, but the biggest on-field reason to considering him is, actually, the field on which he will play. He tossed 14 touchdowns and eight interceptions on the road this year, and 23 touchdowns and just two interceptions at home. His passer rating and yards-per-attempt were also definitively better when playing in Dallas. 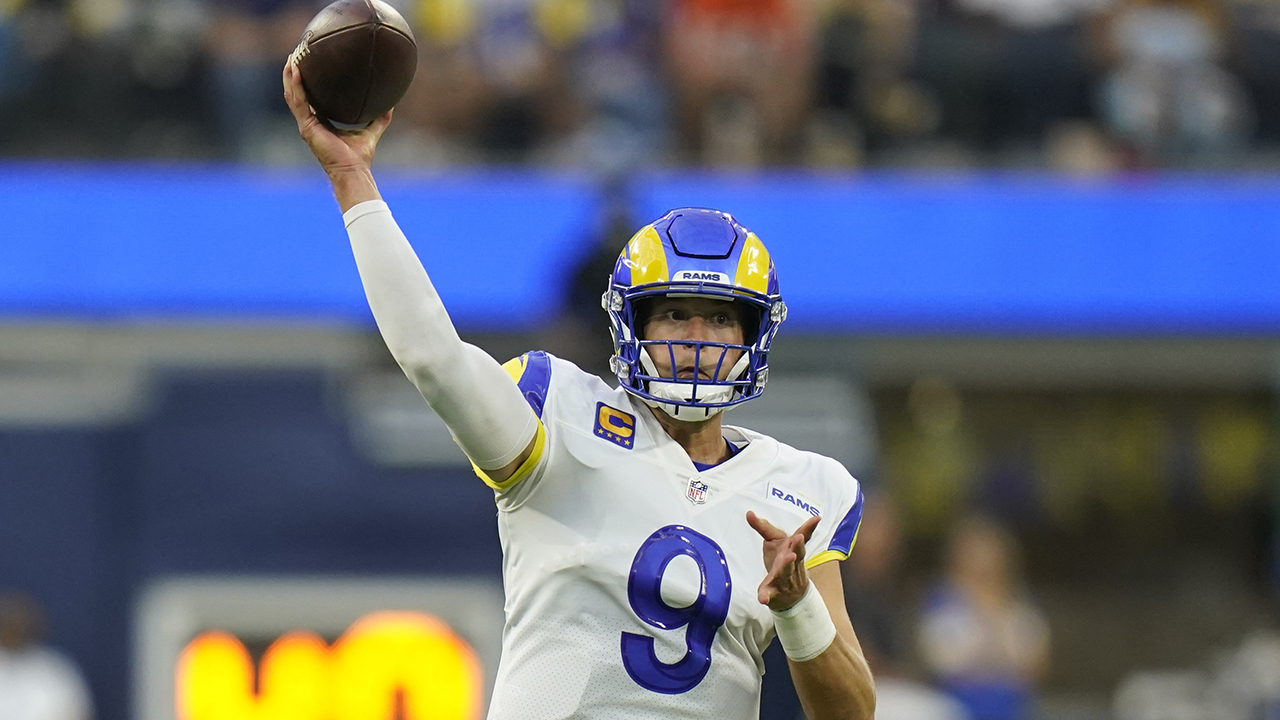 In fairness, you probably haven’t that claim constantly throughout the year, but it is a narrative that continues to grow as the postseason inches closer, and it is picking up steam as people find statistics to back up the argument.

Indeed, Stafford has not been successful in his short time in the playoffs. He also hasn’t had the Los Angeles Rams’ weapons and coaching staff at his disposal. And let’s not forget that, despite the 0-3 postseason record, he threw for more than 320 yards twice.

By virtually ever number, Stafford had an excellent year for fantasy purposes. He threw at least one touchdown pass in every game, at least three in half of his 18 starts, and five in his two matchups with Arizona.

Don’t let the ill-advised storyline get in the way of the potential Stafford brings to the table on Sunday. In fact, the only reason he may underperform should be the possibility of his team turning the rushing attack like it so often does late in games. That probably doesn’t happen unless the quarterback helped establish a lead in the first place.