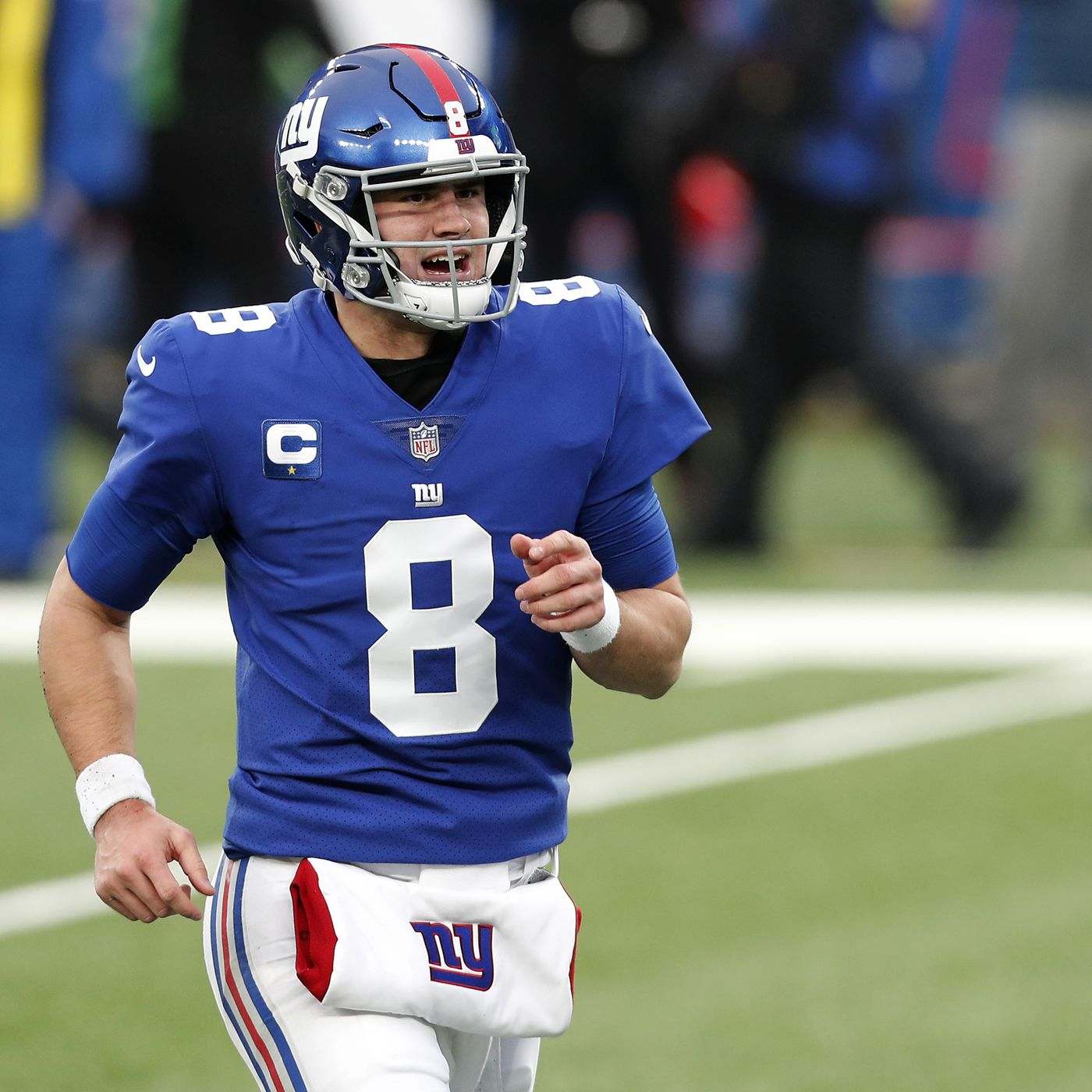 2 Offenses to Avoid in Your Fantasy Football Drafts

One of the biggest sources of agony in fantasy football drafts is over investing in offenses that leave you disappointed. Some teams will outperform expectations and prove to return a lot of value, but some, will fail to reach the hype and make you regret investing. Here are two offenses to avoid in your fantsy football drafts in 2021.

The Giants are in a tough position, their backs are against the wall on so many different fronts. GM Dave Gettleman and QB Daniel Jones have received a litany of scrutiny regarding whether they are the guys to lead this organization to success.

When teams are set up for failure in the win/loss column it makes life difficult for fantasy as well.

Here are the current average draft positions (ADPs) of the New York Giants main pieces. I should preface that Saquon Barkley is not included in this conversation, although he has substantial risk as well. My issue is with the main fantasy pieces outside of Saquon for this Giants offense.

Kenny Golladay is currently dealing with a hamstring strain that is likely preventing him from gaining chemistry with Daniel Jones. Golladay has never been a high target player (119 targets = Career High) either, it was already a steep battle for him commanding targets in a crowded offense.  As a big-name guy, Golladay is likely to be drafted inside the first 5-6 rounds of your fantasy drafts. Due to his lengthy injury history as well as experiencing a significant downgrade at Quarterback, I will let others draft him and opt for receivers in more potent offenses.

Evan Engram was a target monster last year, but the targets are going to be a lot more spread out between Saquon returning, Golladay coming in and Kadarius Toney being drafted in round 1. Despite commanding 109 targets (4th most among TEs) Engram failed to score more than 1 touchdown and finish better than TE18 in PPG. I think we must accept the fact that Evan Engram isn’t a good enough player to be efficient with his targets.

Daniel Jones quite simply, isn’t a good quarterback, he especially isn’t good enough to overcome what PFF ranks as the number 32 offensive line in the NFL. His rushing is adequate, but he has virtually no passing ceiling, I’ll pass in fantasy this year. All other pieces like Sterling Shepard/Darius Slayton/Kadarius Toney are low ceiling options you don’t want any part of.

I didn’t even get to the stale play calling of Jason Garrett, all around a situation to avoid in drafts this year.

This one follows a similar theme as the last one, bad offensive line and play calling are the reason I think this offense will disappoint. Not to mention the shaky health situation of QB Joe Burrow.

Zac Taylor is not an effective offensive coordinator/head coach, his players routinely rank below average in expected fantasy points because his scheme isn’t good enough to put them in great positions.

Tee Higgins was the only one who cracked 0 with 0.5 expected fantasy points. What this all means is that the offensive scheme is a hinderance to the players and doesn’t allow them to perform easily.

For those who aren’t aware, Joe Burrow underwent nearly the same severe ACL+ reconstructive surgery that Carson Wentz underwent. In Carson Wentz’s MVP Caliber 2017 season, he rushed the ball 5 times per game and averaged nearly 23 rushing yards. It took Carson Wentz until this season (3 years removed) to even come close to replicating those numbers. So, the appeal of Joe Burrow’s rushing is virtually gone this year. He doesn’t have the passing floor/ceiling combination of some of the other great options going around him like Tom Brady/Matthew Stafford/Ryan Tannehill or the rushing appeal of Jalen Hurts. Moreover, we have reports that he is dealing with confidence/mental adjustments post ACL surgery which (back to Carson Wentz) we’ve seen play out as well.

Overall, not a situation I want any part of.

His weapons are being priced without any of this risk baked in. Joe Mixon has a litany of his own concerns (health/offensive line/inconsistent play) and he is being drafted as if this offense will be excellent. The same is true for Ja’Marr Chase who’s WR23 ADP is the highest we have seen from a rookie receiver in 10 years. Tyler Boyd has shown to be a volume play, only now he has more target competition than he’s ever had. Tee Higgins is the one guy I feel comfortable investing in at current cost, because of what he showed last year.

Overall, this offense has so much hype fueling it that it is bound to disappoint in my opinion. The ADPs suggest this offense is expected to be as good as the Cowboys/Buccaneers/Titans group of skill positions even though they haven’t proven that yet.