We’re ready to roll, baby! The NBA tips Tuesday, and that can only mean one thing: OwnersBox contests are here! I dove headfirst into my first tournament, and I was not disappointed! These are contests like no other, and they certainly require a lot of skill and planning. I know you’d rather be watching preseason film or doing some research into Kyrie’s favorite flat earth theories, so I did the work for you. Here are my favorite strategy tips for Week 1 of the NBA season and the lineup I built.

My first lineup of the season is in the Opening Night contest. This one works just like any other tournament on the platform, so let’s get down to basics:

Strategy and Building the Lineup

I’ve got to admit, this one was tough. I’m a seasoned vet on FanDuel and DraftKings, but this weekly contest format was a total challenge for me. My first approach was to tackle the thing head on without much thought other than “That player is great, AND he seems like a real value at that price.” This is chess guys, not checkers. Back to the drawing board.

Next, I approached my lineup build by sorting the players based on games played. Surely I didn’t want a player on my team who played four games for the week. That would limit my options for his positional partner to a guy playing just two games. I didn’t want to pay up for an extra game, even if it received a best ball boost. Ok, so three-game pairs? Nope. There were a couple of values I had to take advantage of at C and SG.

Finally, I did some back and forths with projected fantasy points per thousand dollars. Some of the projections seemed pretty on-par with my expected results, so I followed the value. The same went for player combinations. If I was torn between two pairs of PGs, I would add up their projected points and divide by the cumulative salary to figure out where I would get the best value.

I even tinkered with some stars and scrubs lineups, building with guys like James Harden and Nikola Jokic, but I found the price of the top-tier studs to be far too expensive to build a lineup that I thought would be competitive. So, I targeted guys in the $6-8K range per-game with some cheaper guys and a couple of more expensive plays mixed in.

My top takeaways and strategy tips to setting a lineup on OwnersBox:

Myles Turner (C – IND): $6,500
I felt really great about grabbing Turner here because of his per-game price and because he plays four games this week. That allowed me to get an additional value game out of him and stack Rudy Gobert and his two games.

Rudy Gobert (C – UTH): $8,400
Gobert is an automatic 12/14 guy with a couple of blocks and few turnovers. He’s an ideal center for an OwnersBox lineup, and his price is affordable considering his safe floor and productive stat lines.

Jaren Jackson Jr. (PF – MEM): $7,300
I’m fully expecting a breakout from JJJ this season if he can stay on the court. While he doesn’t rebound at a high level for a big, he can put up points in bunches thanks to his ability to step out and hit shots from beyond the arc. He’s a shot-blocking specialist to boot, giving him an added boost in OwnersBox scoring. 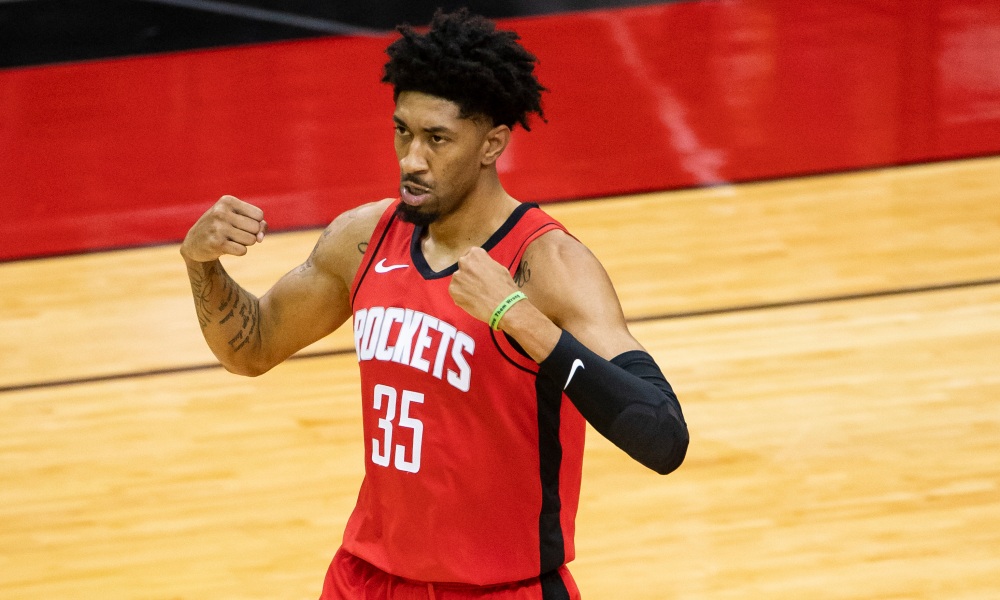 Cam Reddish (SF – ATL): $3,900
I fit some higher-salary guys into my lineup, so I needed to balance out the budget with some value. Reddish fits the bill here as a guy with sneaky upside. In last week’s preseason loss to the Cavs, erupted for 20 points and five swipes.

Josh Giddey (SF – OKC): $5,800
Another value play here as I selected the promising Australian rookie. Giddey is a dude with nightly triple-double upside, and those big counting stats should be especially helpful in my lineup. I’m absolutely giddy for Giddey’s gaudy stats filling up my OwnersBox lineups. 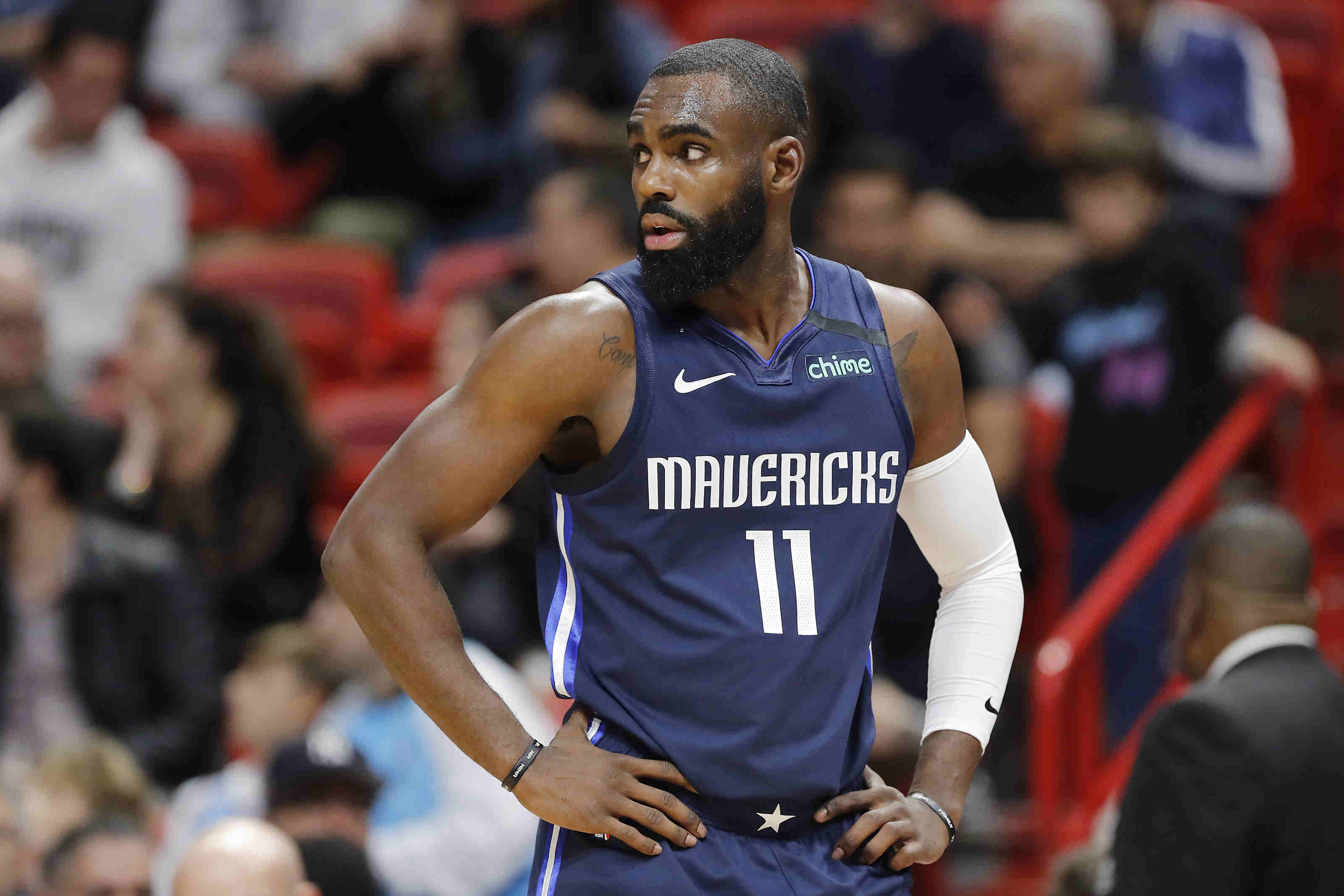 Tim Hardaway Jr. (SG – DAL): $6,100
I got Fred VanVleet at a stellar price, and because he plays four games, I needed a two-gamer in my lineup. That’s where the high-scoring THJ came in. Hardaway does little outside of scoring, but because points count the same as rebounds and assists here, I’m fine with paying $6.1K for a dude who can drop 30 when he’s hot.

Fred VanVleet (SG – TOR): $8,300
No Kyle Lowry. No Spicy P. No Chris Boucher. GIve me all the FVV I can get this week! VanVleet should be involved early and often as the Raptors’ primary ball-handler, creator, and scorer. That should lead to some massive point totals, and at just $8.3K, I was thrilled to lock him in.

Aaron Holiday (PG – WAS): $3,500
I really had to go for value here to get Russell Westbrook into my lineup, so I went with a guy who could be the Wizards’ Sixth Man this season. Holiday is a solid facilitator who can provide some high-scoring games on occasion. He went for 17 points in just 17 minutes in last week’s preseason loss to the Rockets, and he scored at least 15 points 10 times last season despite logging just under 18 minutes per contest.

Russell Westbrook (PG – LAL): $8,400
I know Brodie’s usage is yet unknown in Los Angeles, but he’s a near automatic triple-double every single night. Efficiency and turnovers be damned! I’ll happily pay $8.4K per game for a guy who’s averaged a triple-double in four of his last five seasons and was just recruited by LeBron James.